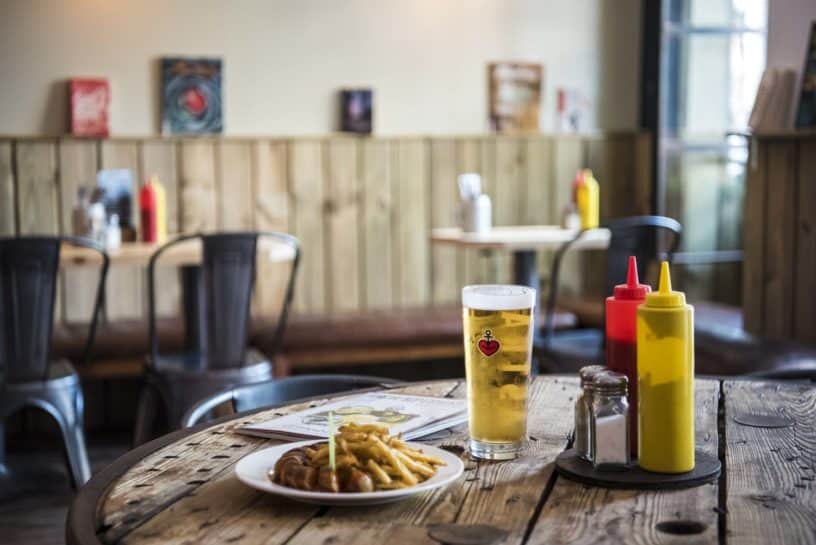 Craving German food when you’re nowhere near Germany itself can be the… wurst!

While German food isn’t widely popular in Paris, there are a few places around town that keep the tradition of the cuisine alive.

When it comes to embracing foreign cuisines, Paris is extremely eclectic. You’ll enjoy food ranging from the coast of Morocco right through to the centre of Africa. Whether you’re a vegan, vegetarian or full on meat eater the city has you covered. 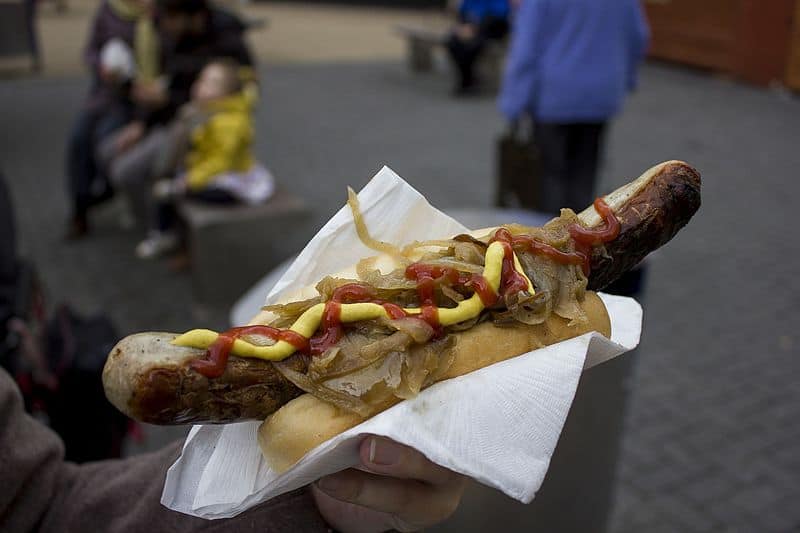 Since German food is still making it’s way onto the scene we have to rely on word of mouth to get us to these little gems. Being raised with sauerkraut as a staple, I make it my mission to find the best of the best in every city that I live in.

If you’re not up for restaurant hunting, making German food at home in Paris is relatively simple too. Most of the French deli’s will stock some sort of wurst for you to prepare yourself; spätzle you can make as well and sauerkraut is available at most supermarkets.

If you’re lazy (like me) here are three fabulous and very German establishments around Paris to head to to get your fix!

For many expats it isn’t always just the German food that they crave while living in Paris, it’s also the ambiance and authenticity of a real “biergarten” that they miss deeply!

Beer gardens in Germany are central to the character of the culture. Most celebrations revolve around them and they are points of constant, collective enjoyment. 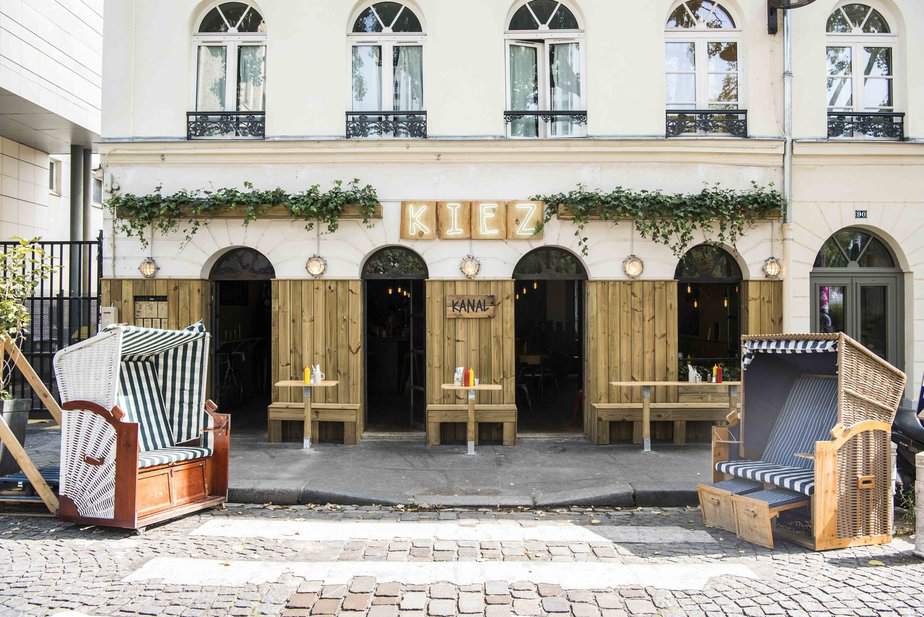 Kiez Beer Garden – by Kiez – Sourced from their website

Seeing a niche in the market, Kiez Biergarten was opened not too long ago in the north of Paris in the 18th arrondissement. It’s not far from Montmartre and you’re likely to head in it’s direction while on a free guided walking tour of this historic district.

This little spot is as authentically German as it comes. Wooden furniture, mustard and ketchup bottles everywhere and the three striped flag hanging all around the space. Kiez also has a variety of German beers on offer that they serve by the pint — it’s a real beer garden, I told you. 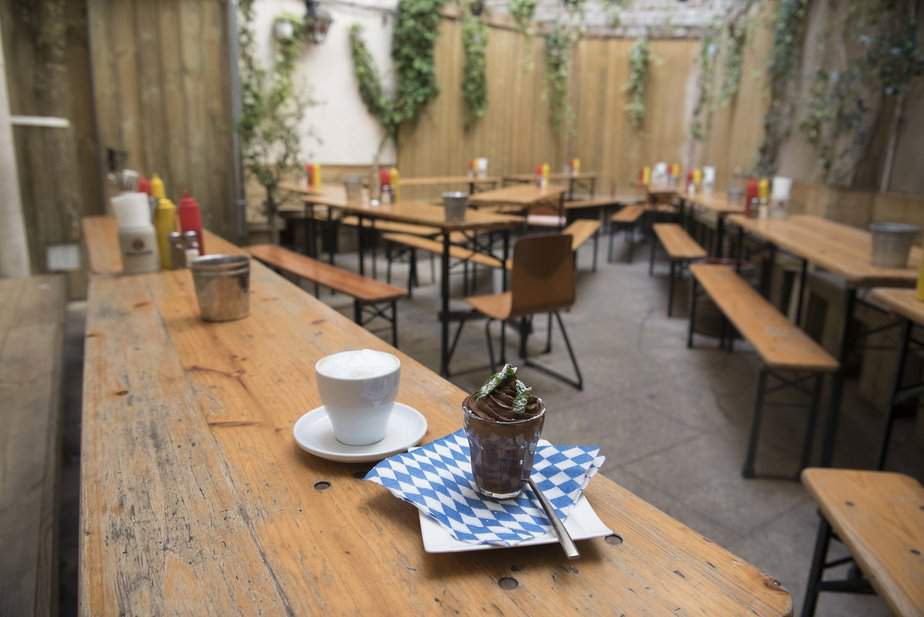 Kiez Beer Garden – by Kiez – Sourced from their website

Head to Kiez any day of the week for all your German favorites. The weekends are also great because they do a “brunch” wherein the chef prepares a buffet of foods for patrons to choose from. Usually the menu includes fresh spätzle, schweinebraten and of course, bratwurst.

Kiez is open air so going when the weather is good is preferable. The also offer free Wifi for anyone who would like to do freelance work from the garden.

While Keiz may be the first official German beer garden to open in Paris, Le Stube was actually the first ever German food establishment to open in the city.

No need to travel far for this one either, Le Stube is in the heart of Paris centre over in the 1st arrondissement. Its just north of attractions such as the Louvre museum and Tuileries Gardens. Another sight filled area best enjoyed on foot either solo or on a walking tour . 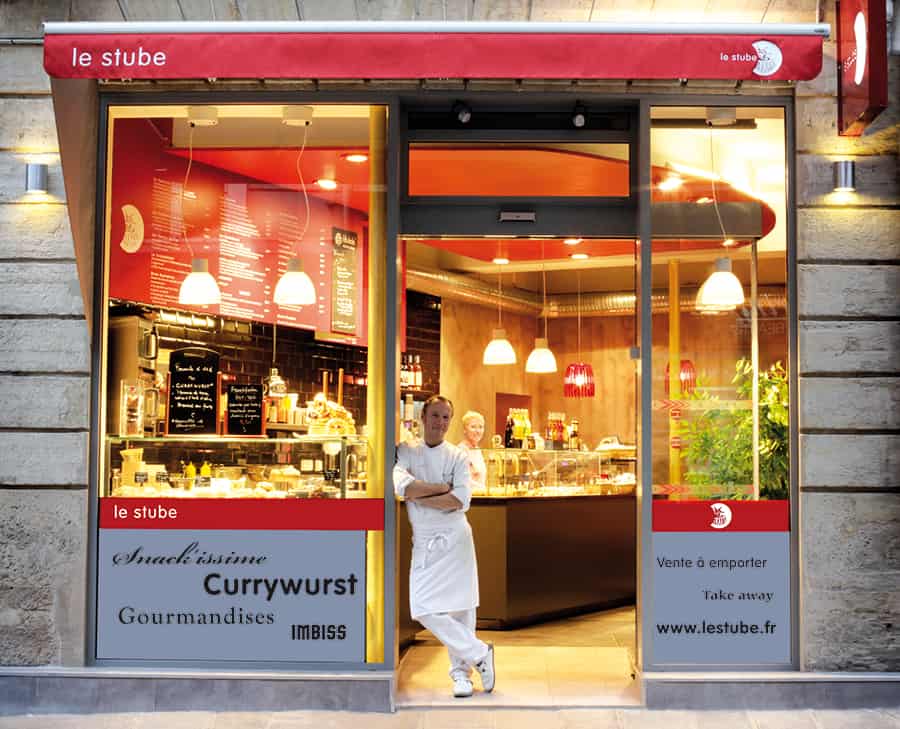 Le Stube – by Le Stube – Sourced by their website

You’ll head to Le Stube when you’re craving the sweeter side of German cuisine. It is a bakery/coffee shop run by a man named Gerhard who is originally from Hessen, Germany.

His apple strudel is outer worldly! And although I’ve never been able to enjoy black forest cake at the best of times, even I couldn’t turn my nose up at Le Stube’s.

What people really come here for, however, is Gerhard’s currywurst. Despite being a coffee and treat based restaurant he still serves this traditional dish fresh and hot by the dozen. 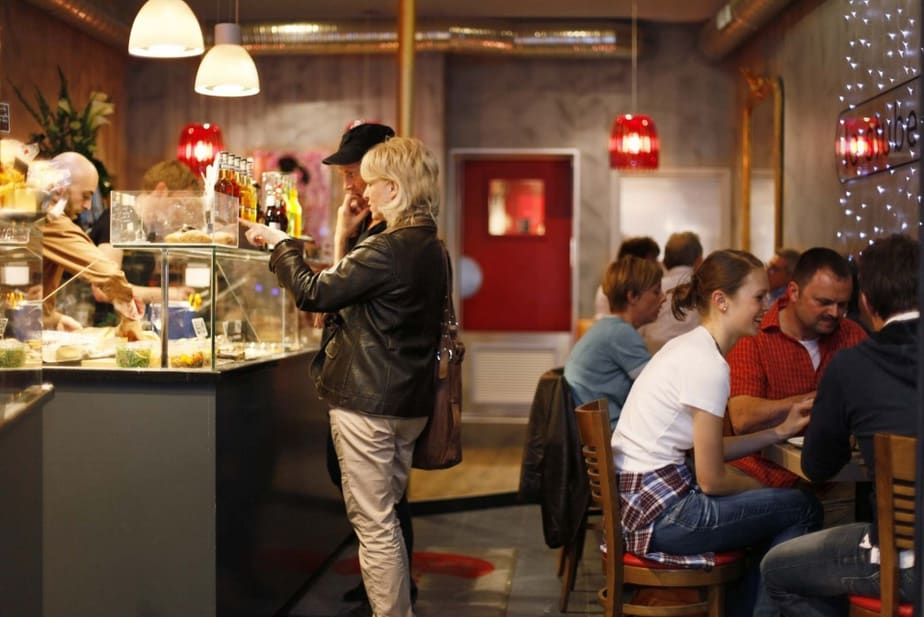 Le Stube – by Le Stube – Sourced from their website

The bakery has a deli section from which you can choose from an array of fresh baked treats to take home if you don’t have time to sit in. I never leave Le Stube without a big box of schweine ohren (pigs ear) pastries— they keep for days and are my favorite with a cup of tea on chilly  afternoons. No pigs harmed in the process, promise.

Wunderbär is a new addition to the 10th arrondissement and is a weird and wonderful take on the German cuisine in Paris. Traditional German food takes a bit of a hipster, gourmet spin in this restaurant — and it’s great!

The wurst is authentic, its the sides that get creative. I enjoyed the potatoes the best and the quinoa salad wasn’t bad either. If you’re feeling less adventurous with your wurst they offer plain French fries as a side as well — don’t panic. 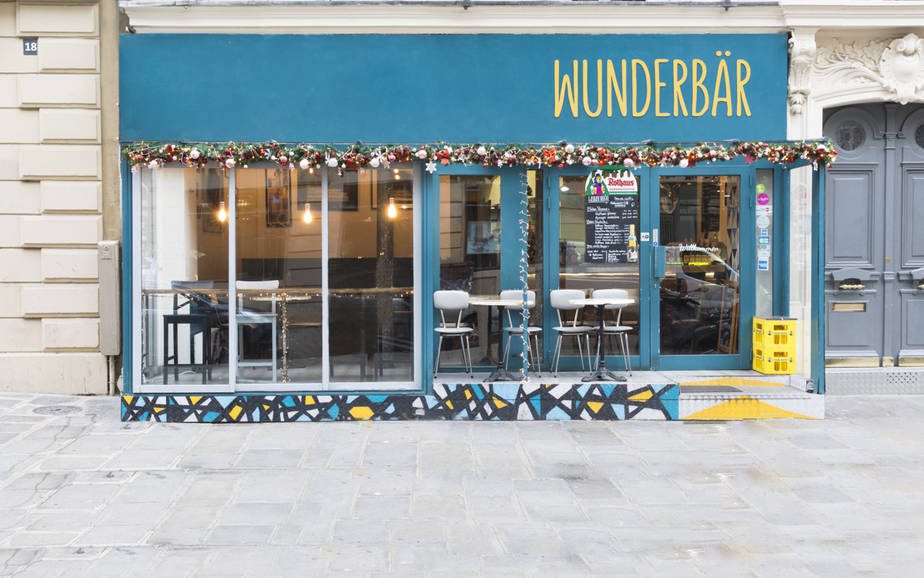 Wunderbär imports a range of German beers to offer to patrons of the restaurant so top off your meal with one during your visit.

The clientele of Wunderbär are as hip as you’d expect from the 10th arrondissement; many art students and intellectual looking folk who like embracing the exotic foods of the planet.

Don’t leave Wunderbär without trying their apple strudel — melt in your mouth good, and I consider myself a harsh critic for desserts. Afterwards, you’ll be a two minute walk from the historic Canal Saint-Martin! 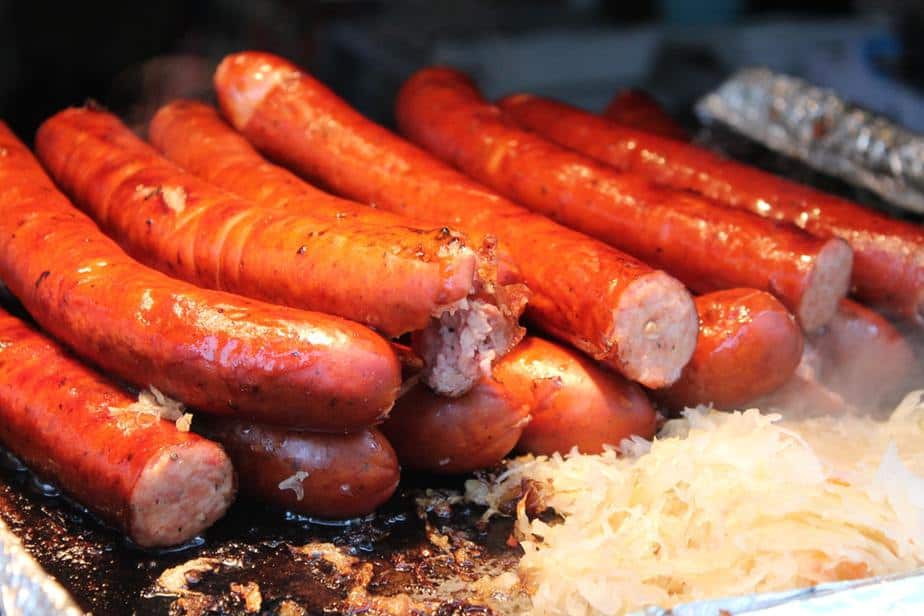 German cuisine and culture are alive and well within the city of lights, so long as you have some time and effort to share.

Support these authentic spots when you can so that the cuisine is encouraged to grow further. Taking a break from all the baguettes and croissants is also nice sometimes — genießen!