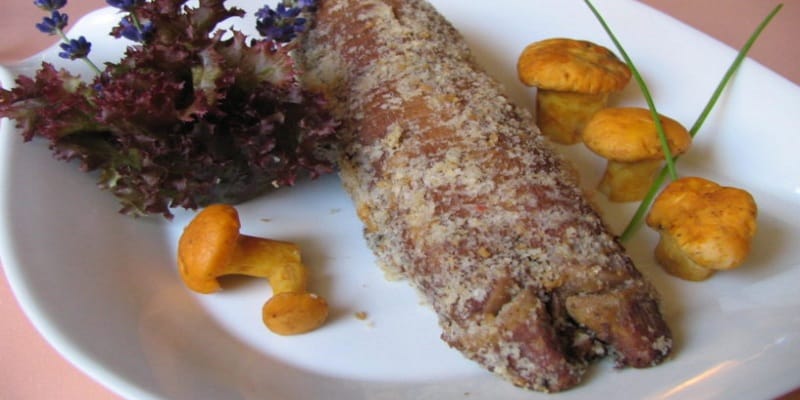 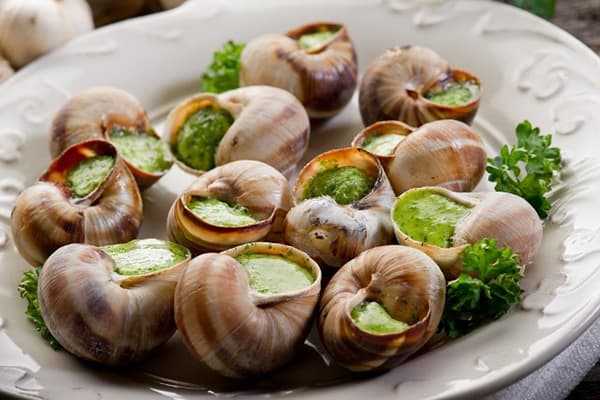 Would you consider eating snails? In France, it’s actually very common to eat snails! That is why it had to be on my top 10 weird things French people eat! There are many different kinds of seasoning and cooking methods for snails! And I would say the best place to eat escargots is L’Escargot, at 38 rue Montorgueil in Paris in Paris second district. Click here to learn more about this neighborhood. This restaurant was founded in 1832 and been serving snails since then, and you will love its elegant atmosphere! 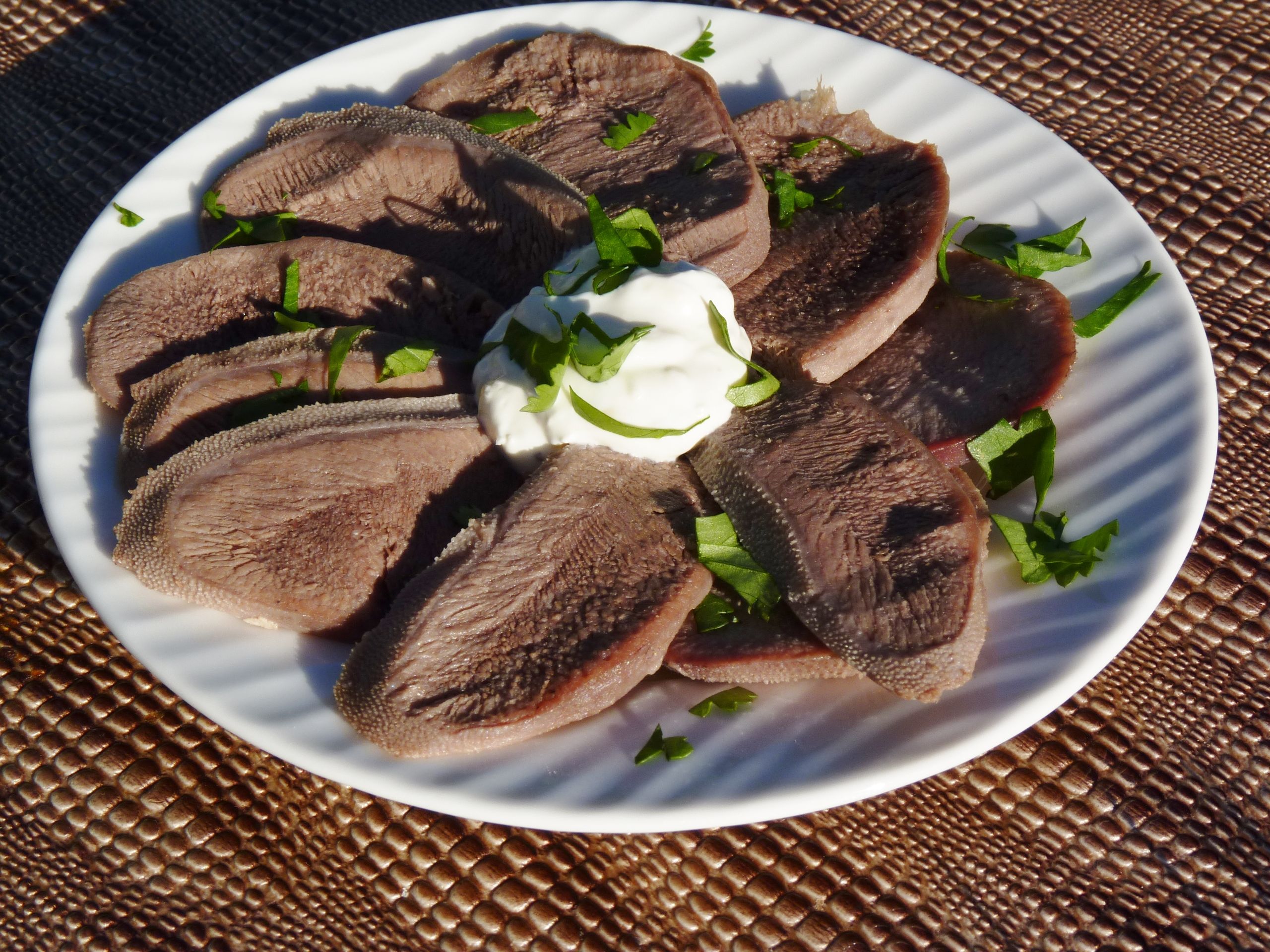 Next on my top 10 weird things French people eat is the langue de boeuf, beef’s tongue. I’ve never tasted it but I know a lot of people who love it! I think the secret is to cut the tongue in tiny pieces and people forget it’s a tongue they’re eating!

In most people’s table for Christmas: Foie gras 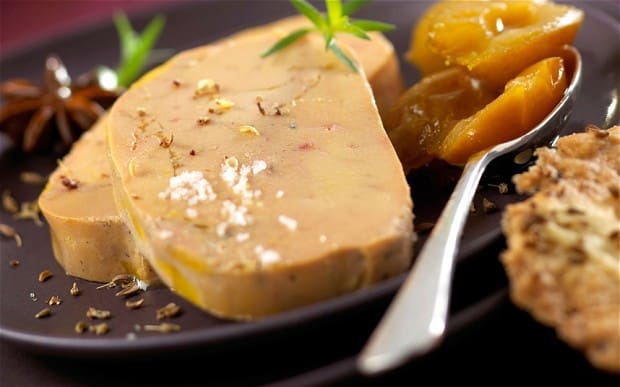 Fois gras is very appreciated in France and the time it is the most popular is during the Christmas holidays. Foie gras is the liver of a duck or a goose. Considered a luxury food product, it is made of a liver of a duck who has been intentionally fattened by force-feeding. If you want to try it, you should go to the 26 rue Montmartre in the second arrondissement. There’s a little shop that sells top quality French luxury products! Or, you can join our food tour in Montmartre! 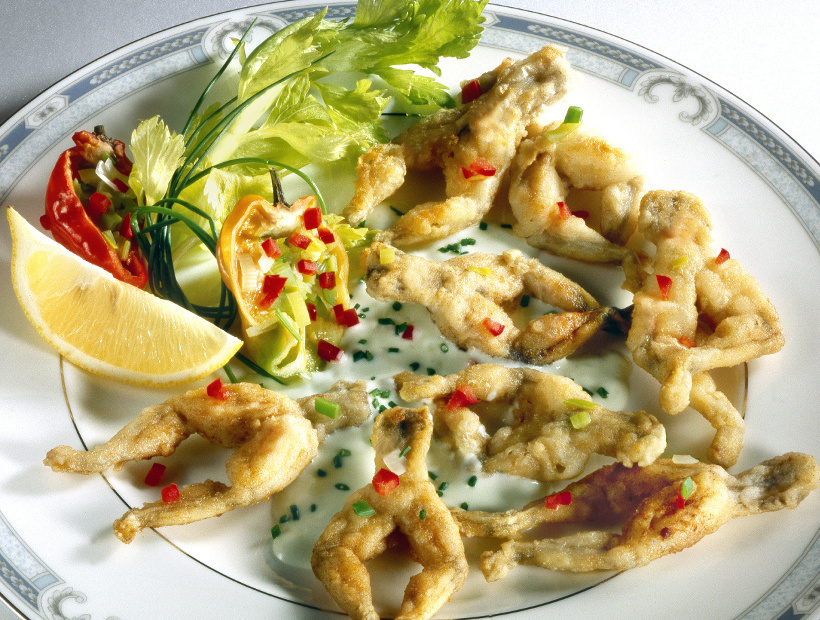 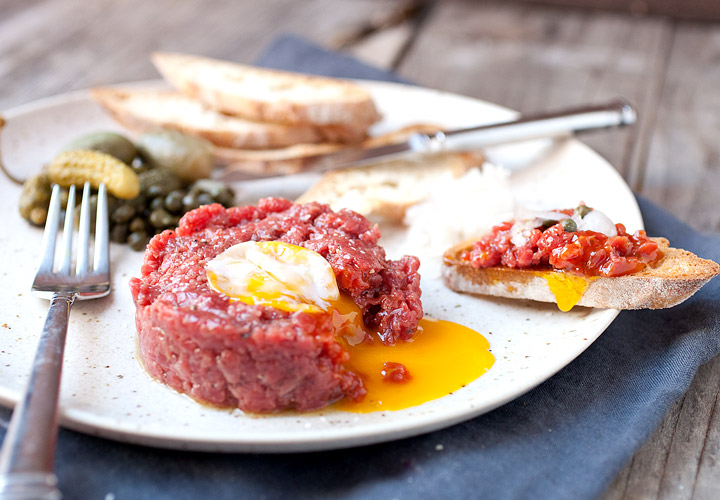 If you’re looking for another uncommon experience, you should try the Steak Tartare. What is it? It’s a beef tenderloin chopped in very tiny pieces with the right seasoning and is served raw. And that’s how the French eat it: raw! And they love it! The tartare is a must while you’ll be visiting Paris. One restaurant I can recommend for you to try it is Les Fines Gueules, at 43 rue Croix des Petits Champs, but also Les Philosophes at 28 rue Vieille du Temple, in Le Marais neighborhood. These two restaurants are typically Parisian and serve great French traditional dishes!

Do you want feet on your plate?: Pieds de porc 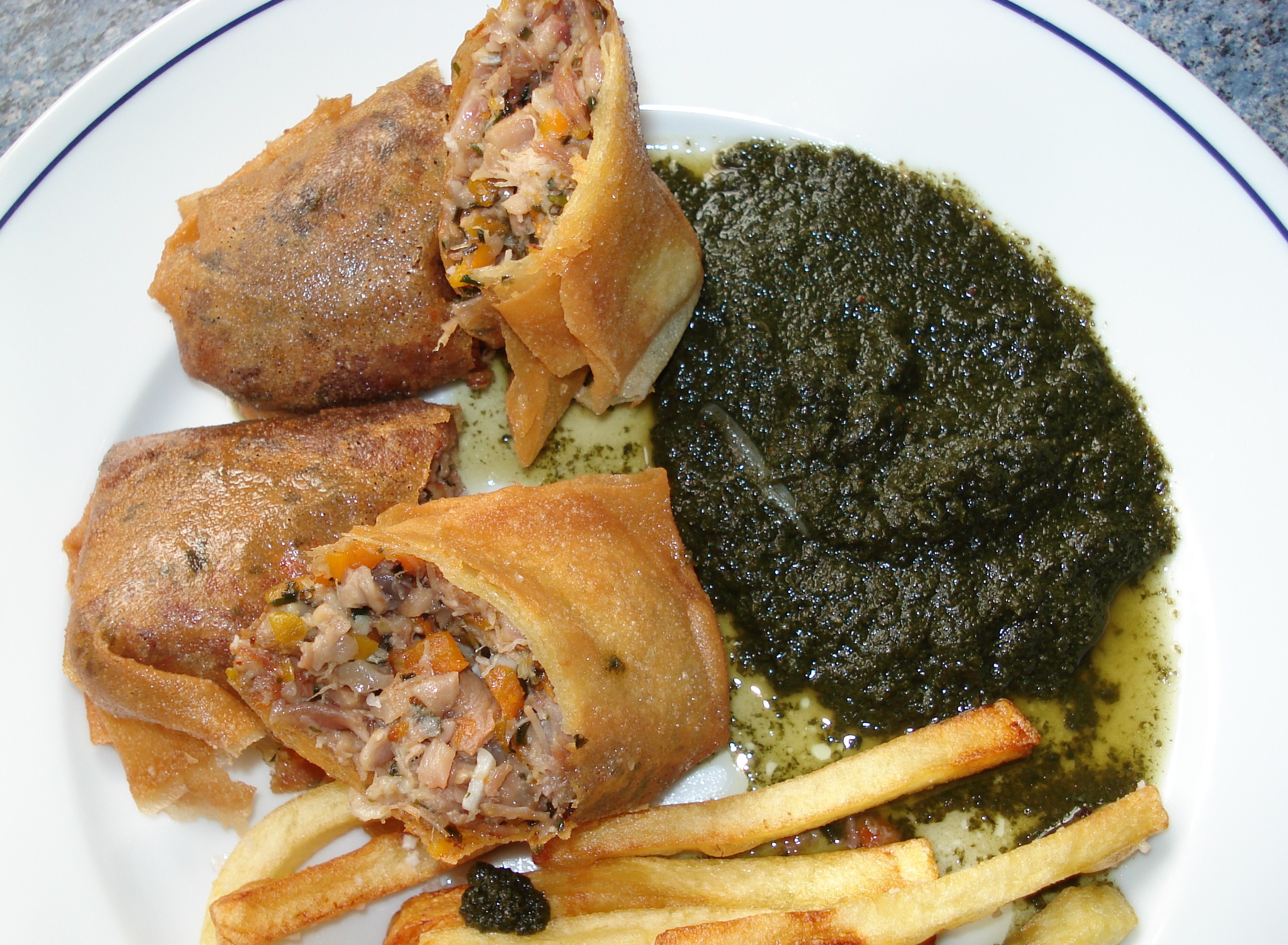 Pieds de porcs are porks feet. It’s part of my top 10 weird things French people eat because apart from being weird it’s also kind of creepy! Nevertheless pieds de porcs are considered to be one of the French traditional dishes. And if you’re into trying new stuff and experience the weirdest things in French, you should go to Au Pied de Cochon. Located at 6 rue Coquillière, the best French food specialities and the weirdest dishes are served in this restaurant.

It’s near the Montorgueil neighborhood and close to the Saint Eustache Church which I consider to be one of the most wonderful churches in Paris. I highly recommend you to go to this restaurant after the hidden gems tour, because it’s really close to the end of the tour. It’s a typical French restaurant with an incredible service and atmosphere. The dishes are all very delicious and tasteful. I advise you to give it a try! 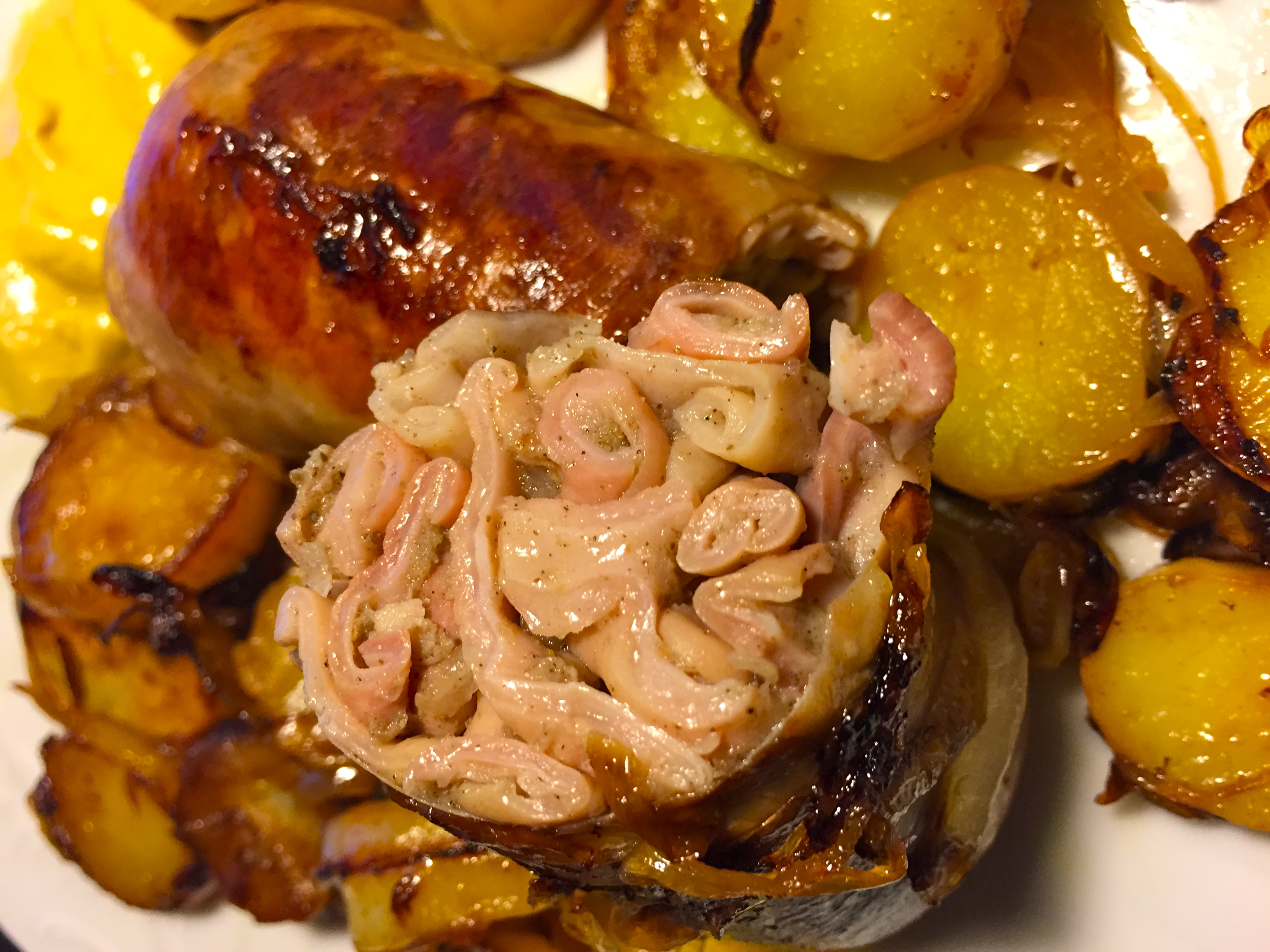 Andouillette is a sausage made out of intestines, chitterlings of the pork, pepper, onions, wine and seasonings. If someone at the restaurant orders an andouillette, there’s no way you’ll miss it because the andouillette has a really strong odour. This peculiar sausage is so popular it even has its own club for andouillette lovers: the AAAAA, the Association Amicale des Amateurs d’Andouillette Authentique which can be translated as “The Friendly Club of Lovers of Authentic Andouillette“.

Founded in 1970, it gives awards and certificates to the producers of the best andouillettes ever. And you should know that the restaurant I’ve mentioned above, Au Pied de Cochon, serves one of the most high-quality andouillette according to the AAAAA. Do you want to give it a try? 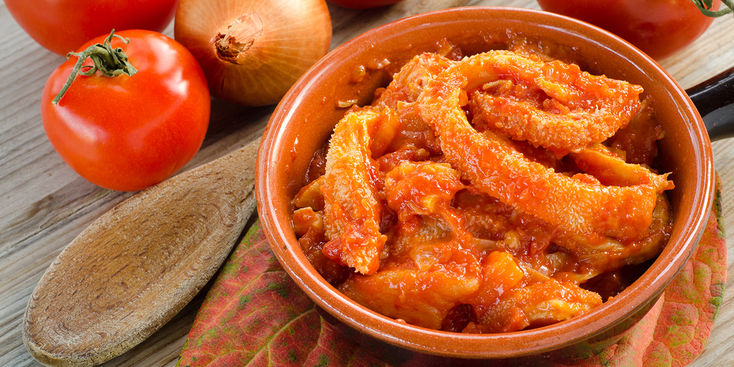 Tripes are innards of the cattle. Tripes are the stomach insides of the animal. There are many different recipes. But if you’ve never tried tripes but want to, my best advise would be to join a cooking class. You will get to cook a peculiar kind of dish with the locals and learn how to prepare it and what are the best ways to enjoy the most of it.

Lapin translated to English is rabbit. And yes, French eat these cute little animals. While rabbits can be cut pets at home, French put it in the oven with some boiled carrots and potatoes – joking!

It’s part of my top 10 weird things French people eat because while in Europe eating rabbit can be quite common, I know that in other countries this can be seen as really really weird. And I agree. Can you imagine a family having a pet bunny named Alfredo eating rabbit for dinner? Yes… It is pretty weird! 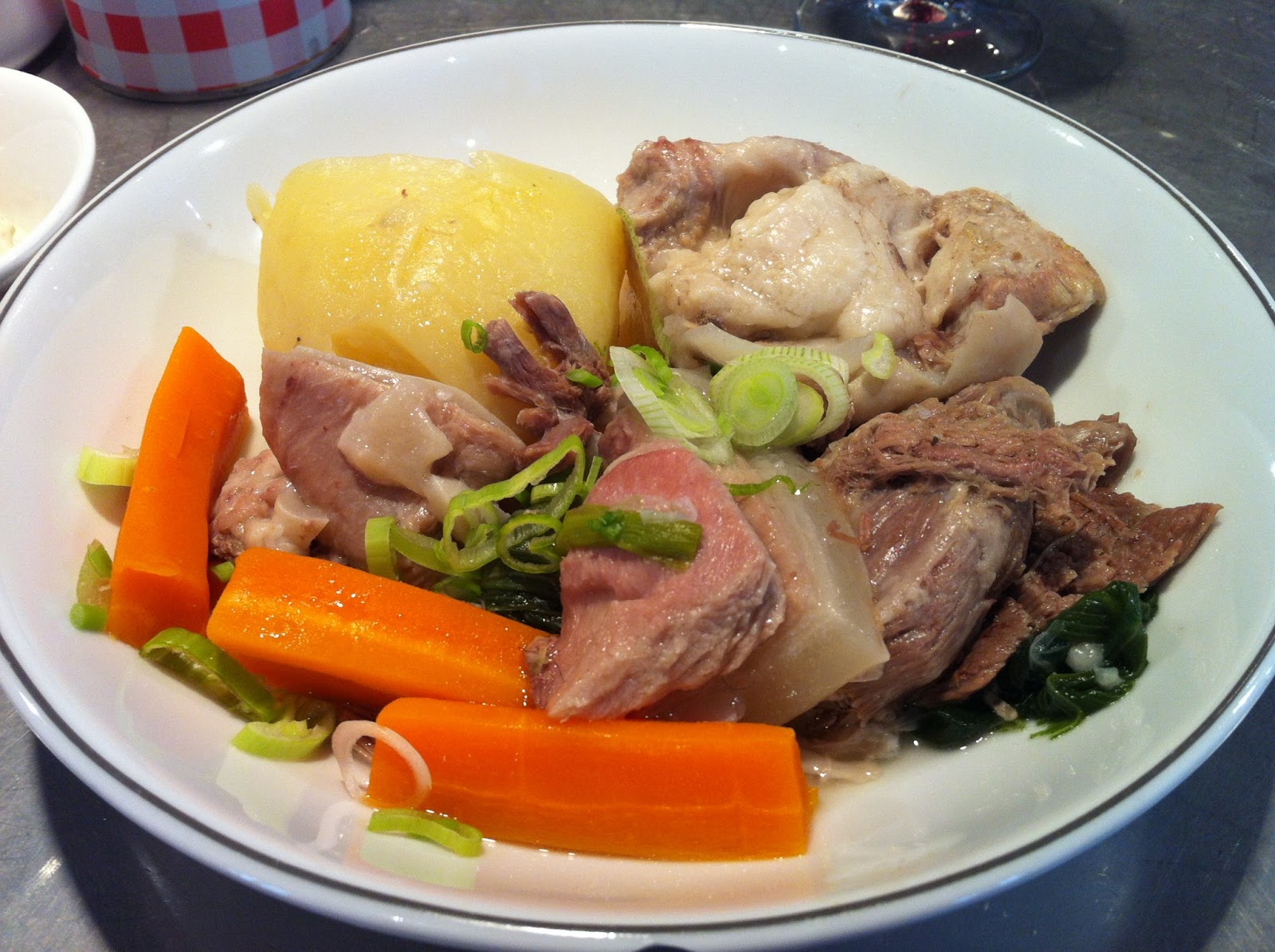 Finally, here is the last of my top 10 weird things French people eat! It is the tête de veau, the calf’s head. Again, I’ve never tried it and don’t intend to. But if you like to know all about a country’s culture, learn all their traditions and understand their cuisine, you could try tête de veau. Because it’s a traditional dish of France. Plus, you should know that some countries, such as Italy, have tête de veau for Christmas’ eve dinner!

My top 10 weird things French people eat is now over! I hope you’ve enjoyed it! Feel free to share your experiences and let me know what are the other weird things you’ve noticed French people eat! You will probably also enjoy reading this article about food markets in Paris, and this one is about some fun facts about French food. À bientôt! See you soon in Paris!