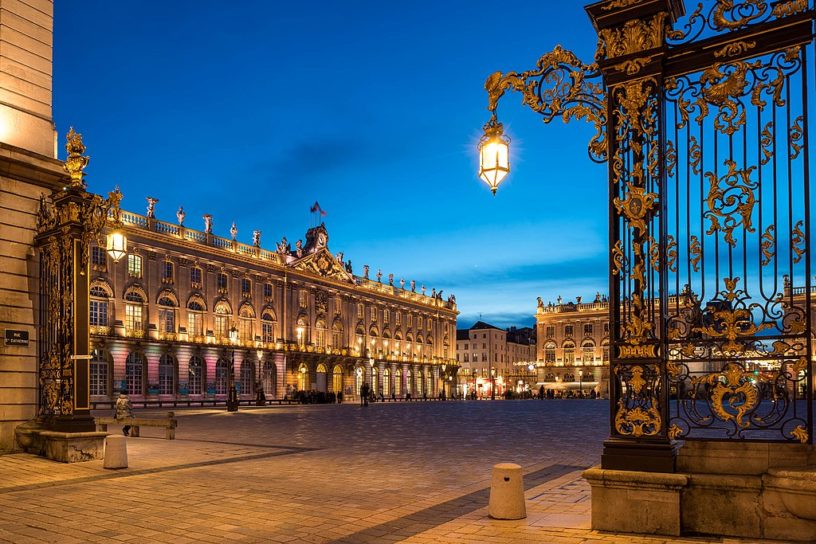 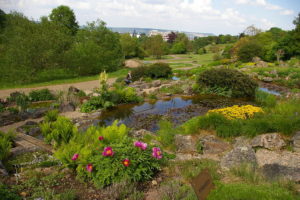 Top 10 Things to do in Nancy

Nancy is the capital of the north-eastern French department of Meurthe-et-Moselle, and formerly the capital of the Duchy of Lorraine, and then the French province of the same name. Nancy is considered one of the fairly large urban areas in France. The population of the city of Nancy proper was at 104,321 in 2014. The motto of the city reads, ‘Non-inultus premor’ which is Latin. This is a reference to the thistle, which is a symbol of Lorraine.  Nancy is home to many beautiful architectural sites, landmarks and other splendours. If you are ever in town and want to explore this amazing city, here are the top 10 things to do in Nancy.

1. Ogle at the Place Stanislas 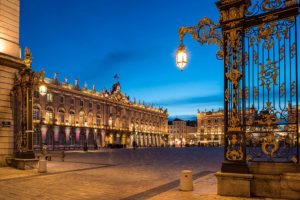 The Place Stanislas is a large pedestrianised square located in Nancy in the Lorraine region. Built back in 1983, the architectural ensemble encompasses the Place Stanislas, the extension of its axis, the Place de la Carrière, and the Place d’ Alliance, is on the list of UNESCO World Heritage Sites. 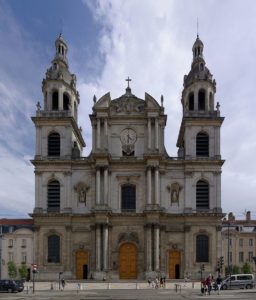 Nancy Cathedral is a Roman Catholic Church built in the 17th-18th century Baroque architectural style and is still in use to date. It is a national monument and the seat of the Bishop of Nancy and Toul. King Sigebert III of Austrasia is laid to rest here. Confirmed a saint later, the cathedral is now a pilgrimage site.

3. Visit the Palace of the Dukes of Lorraine 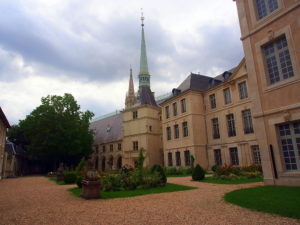 The Ducal Palace of Nancy, which in French is ‘Palais ducal du Nancy, is a former princely residence built in the 15th century for René II, Duke of Lorraine.

The palace used to house St George’s Collegiate Church, which was used as a house chapel and also the burial place of members of the house of Lorraine.

The palace houses the Musée Lorrain, one of Nancy’s major museums devoted to art, history and popular traditions of Lorraine until the early 20th century. The palace is listed as a monument historique by the French Ministry of Culture.

4. Visit the Museum of Nancy 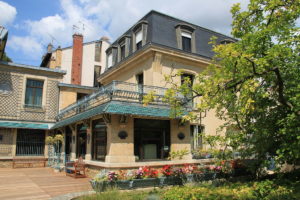 You can visit at 100, rue du Jardin Botanique, Villers-lès-Nancy, Meurthe-et-Moselle. It is open daily and admission is free.

It is a sophisticated defence, with three-meter-thick walls and openings that allowed defenders to throw the boiling pitch and searing oil on invaders. It helped resist a siege by the Duke of Burgundy Charles the Bold in 1477, Charles did not make it out alive.

7. Take some pictures by the Arc Héré

Feel like royalty as you move through this conspicuous triumphal arch constructed in 1755. The Arc Héré is named after Emmanuel Héré, the architect responsible for bringing Stanislas’ vision to reality.

The arch is especially magnificent on the side facing the square. Inspired by Rome’s Arch of Septimus Severus, here you will see symbolic imagery, such as laurel and olive branches, and statues of Ceres, Minerva, Hercules and Mars, all signifying the themes of war and peace.

Being part of the square’s assembly, the arch is also on the UNESCO list and is very special when illuminated at night.

Place d’ Alliance used to be the kitchen garden of the Ducal Palace, and before that had been the site of one of the city’s defensive strongholds.

In the middle is a fountain sculpted by Paul-Louis Cyfflé commemorating the “Diplomatic Revolution” in 1756, when Austria became an ally of France in a momentous political event that changed the course of the 18th century.

Enjoy the royal environs with a twin row of lime trees surrounding the square and dense foliage that adds to the sense of privacy.

9. Take a tour of Église Notre-Dame-de-Bonsecours 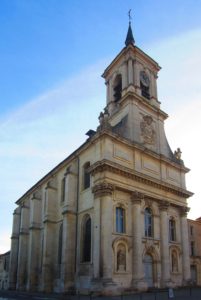 Stanislas Leszczynski (The King of Poland, Grand Duke of Lithuania, Duke of Lorraine and Count of the Holy Roman Empire) was originally buried at this rococo church. They were later moved to Poland following the Revolution.

Completed in 1741, the church was originally designed as the mausoleum for the Duke and his Dutchess, Katarina Oplinska. The Duke’s cenotaph is still here and survived the Revolution, as did the tomb of his daughter Maria Leszczynska, who was buried here in 1768.

A number of Nancy’s specialities are portable and come in cute little packages, making for great gifts and souvenirs. Taste candies and authentic macaroons with flavorful ganache dating back to the 1600s. Top it all off with the quiche Lorraine, a pastry made with eggs, bacon and crème fraîche.

Now you know the top 10 things to do in Nancy, Enjoy your visit!