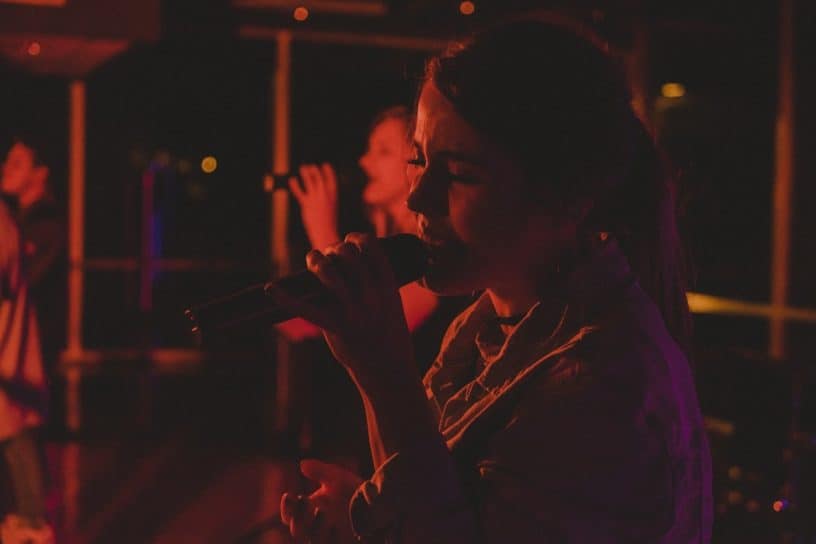 Not long ago I was confronted by a group of travelers on a free guided walking tour about where the best place in Paris would be to go sing karaoke. This question left me dumbfounded as this was not something I had ever considered or even explored despite having lived in the city for so long.

I quickly got in touch with some friends who I knew frequented these kinds of places on the town, especially after drinks begin flowing.

Turns out karaoke in Paris is an absolutely thriving industry. I was also surprised to learn that there are different types on environments in which one can enjoy this past time; namely in a public bar, in a private room or in a restaurant. 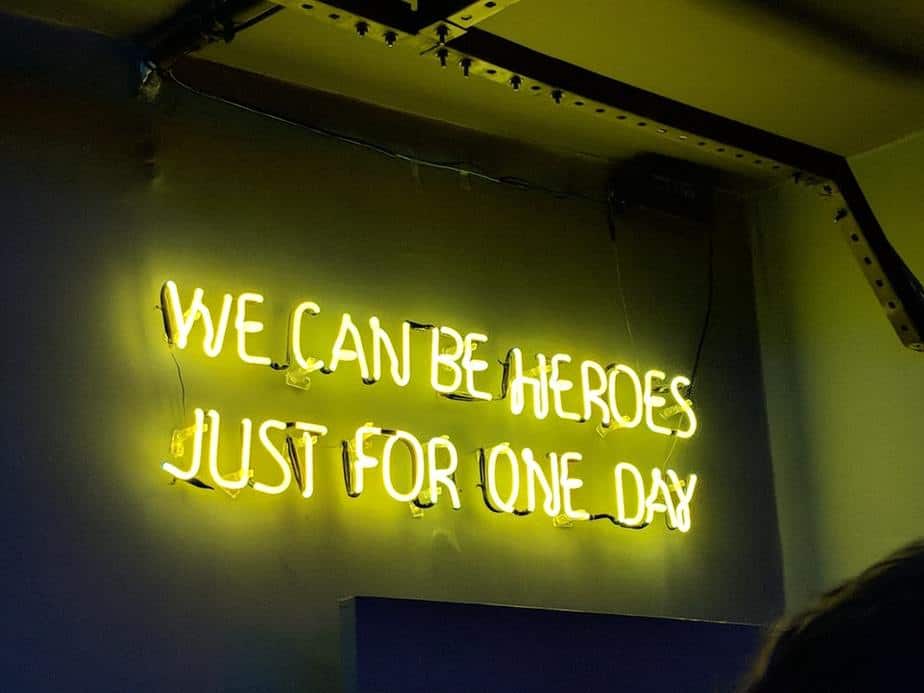 Since I can’t sing to save my own life, the private karaoke rooms have been where I’ve found confidence to partake in this activity. Nevertheless the bars are fun too and liquid confidence is a very real thing.

Shibuya is a private karaoke space in Montparnasse. There are five rooms in the vicinity which are able to hold groups of between 2 and 12 people — each room is themed.

You’ll pay roughly €7 per person to enjoy the space for two hours.

If you aren’t yet familiar with the concept of private karaoke, essentially you just use the computer system and television screens within the room to select and perform songs. There are usually lighting options to set the mood and drinks & snacks are available too. 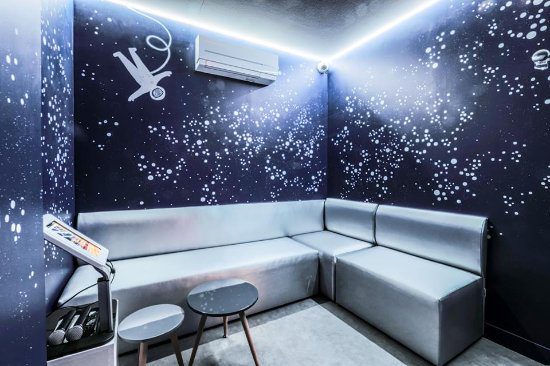 Concerto is situated in the 3rd arrondissement. These are also private rooms and because of the location the rate is slightly higher; €5 per person per hour.

I like Concerto because they have a bring your own alcohol policy wherein you simply pay the small corkage fee per bottle. Food is available and the karaoke stays open late, a great place to land up after a night out in the 3rd. 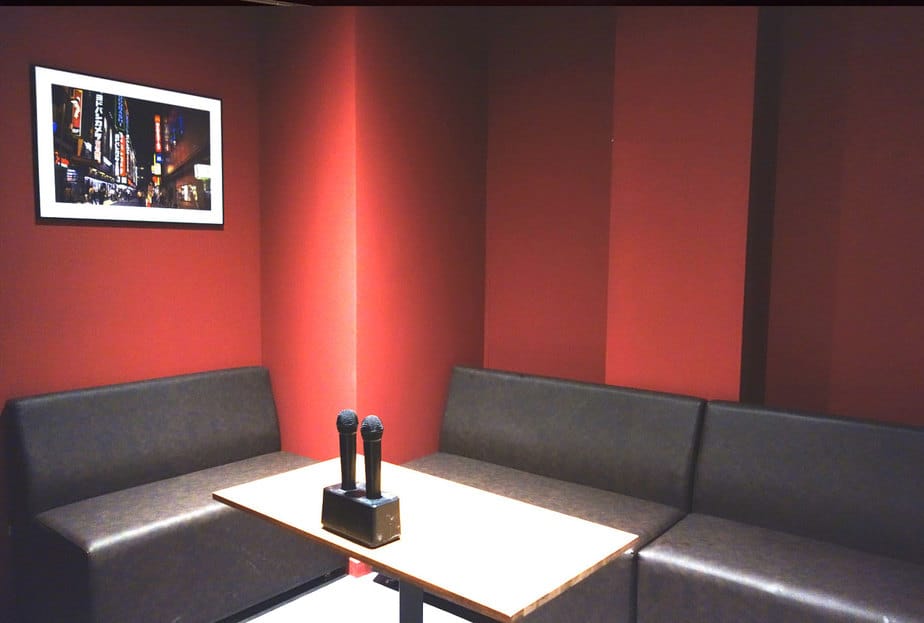 On Friday and Saturday nights after 9pm, this pizza restaurant near the Right Bank of the Seine transforms into a full karaoke club for all patrons to enjoy.

The restaurant does delicious pizza and cocktails throughout the evening and it really is a lot of fun to enjoy the performances from your table. Many laughs to be had as each dining group dares one of its members to brave the stage and perform for the space!

Cafe Rive is situated just a short walk from the well known Center Pompidou . It is a cafe/bar/restaurant hybrid where karaoke takes place every night after 9:30pm.

This cafe also occasionally hosts professional karaoke competitions and you’d be astounded by the turnout. 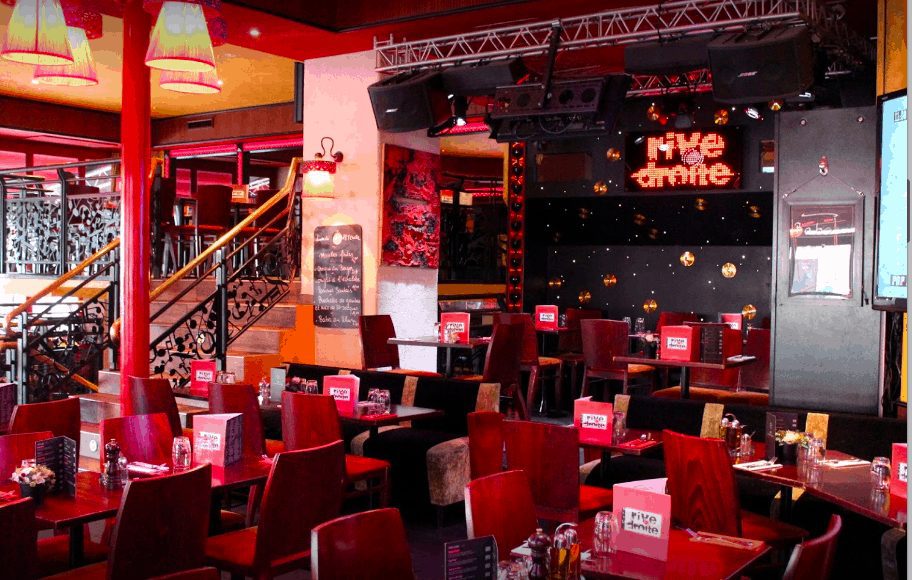 La Noche is closed on Sundays and Mondays, but the rest of the week this little cellar style bar takes karaoke very seriously. Guests enter by paying the €15 entrance fee that includes your first drink.

Situated in the district of Pigalle, this is a much classier and more jazzy rendition of the typical karaoke bar. This isn’t the drunken, comedic karaoke you’re used to in other parts — people here take their singing game to the extreme.

Bam is probably the most popular karaoke in all of Paris. There are three locations around the city that are all open until 1:30am every night.

The entrance fee is €8 and gets you two hours in one of the rooms. There is a communal cocktail bar at all of the locations where guests can drink between performances.

What’s great about Bam is that parties can curate their own playlists on the website before arriving, so that their song choices can be preloaded into their rooms when it’s time to begin! 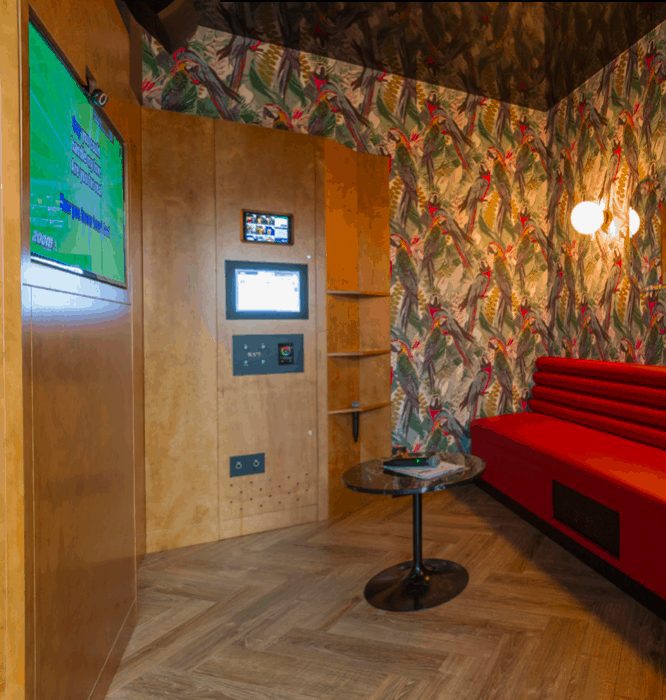 Oberkampf is the district that thrives on carefree nightlife, karaoke included. La Planete Mars is a low-key little bar within this area that offers karaoke to anyone who is interested.

Drinks here are cheap and the bar will even let you bring your own food and snacks inside so long as you’re drinking. There is a host who takes the order of events into his own hands and makes sure that the evening never skips a beat.

L’Écran is the first cinema karaoke in France. You’ll find it near the Place de la Nation between the 20th and 11th arrondissements.

What does cinema karaoke involve? Sining along to your chosen hits before a massive cinema screen while the rest of the audience backs you up and cheers you on. These cinema karaokes are tons of fun and will undoubtably spread through Paris very soon.

There are prizes given away for the best performances at the end of a session. Booking in advance is required. 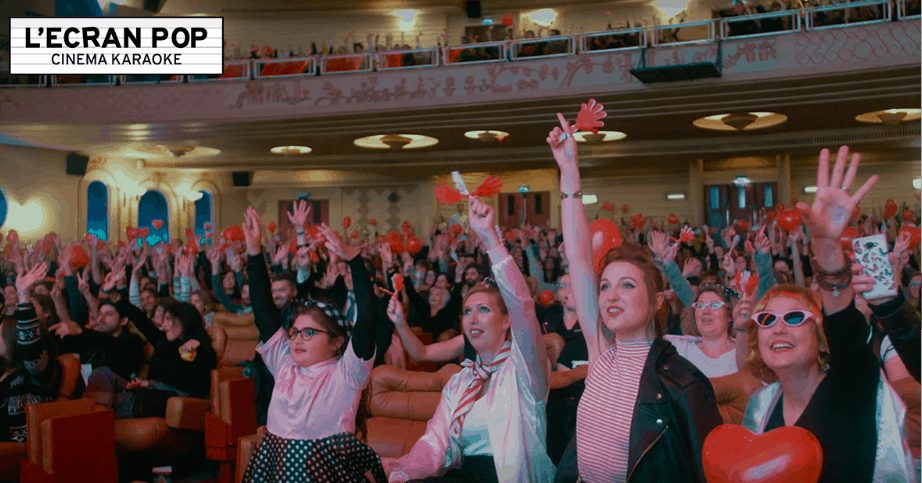 9. So Chick in Paris

So Chick is a lovely little restaurant near the Arc de Triomphe. The size of this vicinity permits the restaurant to host monthly karaoke evenings for patrons to enjoy — you’ll have to check the website to confirm when the next one is.

It’s wonderful to dine on full course meals and fine wine before enjoying the entertainment late into the evening.

This Japanese themed bar is a beautiful space in the 2nd arrondissement. It is both a public and a private karaoke, with a main bar area as well as private rooms if guests so desire.

The bar offers a unique, imported range of Japanese spirits that you can taste on the rocks of in one of their specialty cocktails. They even make use of “ice balls” instead of cubes! 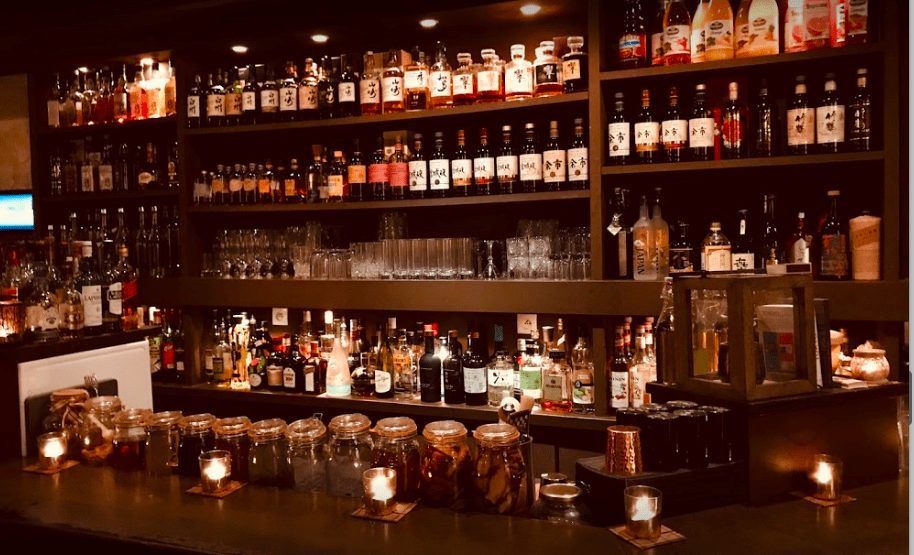