Posted by Tsvetomir Todorov on November 26, 2019 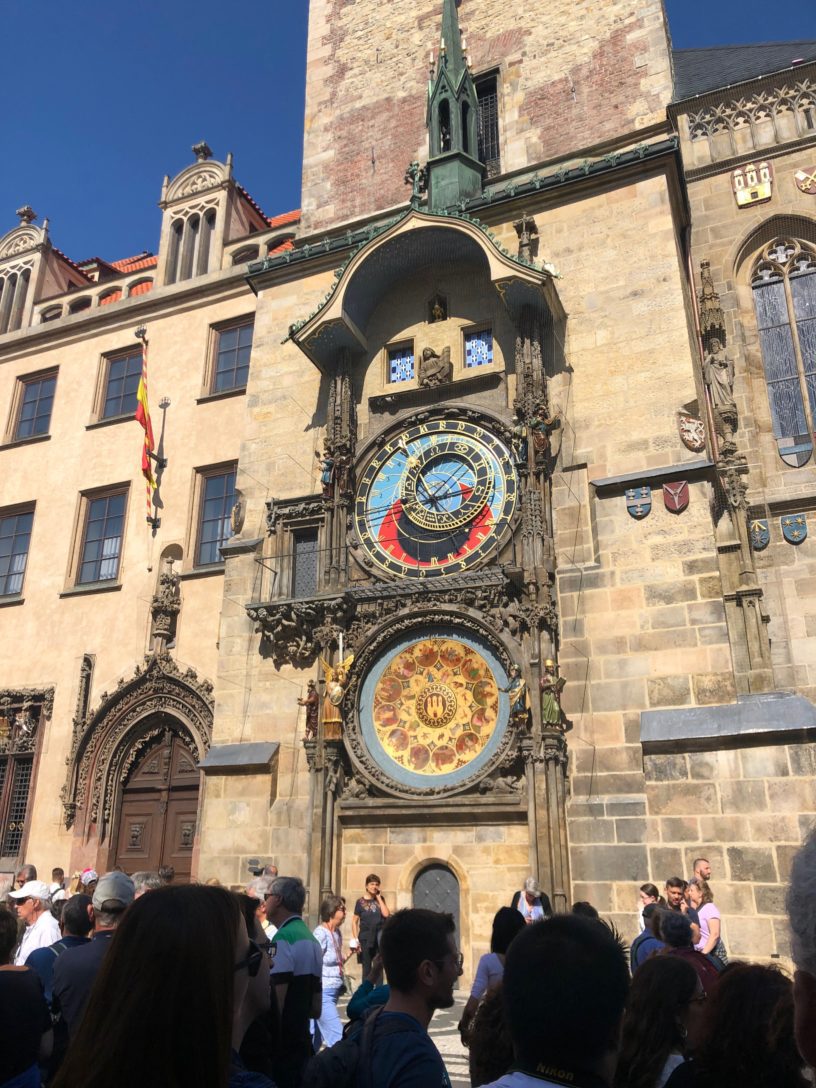 Prague’s astronomical clock is one of the most popular attractions of the city. Postcards, pictures, artwork, engravings… when you visit Prague you will see it on everything. To be honest, I was quite surprised to find out that it does indeed live up to the hype.  I will skip the describing, analyzing and praising this beautiful work of art, as this is not the aspect of the clock we will be discussing today. If you want to soak in its beauty, I wholeheartedly advise you to go and see for yourself. If you are nervous, we at Discover Walks will be happy to arrange a tour for you.

In the meantime, however, let’s learn more about what you are about to visit.

1. Origins – where it all began

The  astronomical clock was built during the 15th century and has ever since been shrouded in mystery. The most popular legend says that it was created in 1410 by the great master Hanuš . The work was sanctioned by the city council, which was interested in not only nurturing the beauty of the city, but also making sure it is unmatched.

It is told that he was blinded after finishing the work, so that he could not create something as beautiful for anyone else ever again. Allegedly, the maestro broke the clock in his righteous anger and it took them a long time to make it work again.

2. Speaking of the clock being damaged…

The creator was not the only one that did this artwork wrong.  As the Allied forces celebrated their victory at the end of World War II, the Nazis  still tried to do harm in any way they could. They sabotaged a lot of equipment, which unfortunately included a lot of Prague landmarks. One of them was the clock, which didn’t work until 1948 when they repaired it. 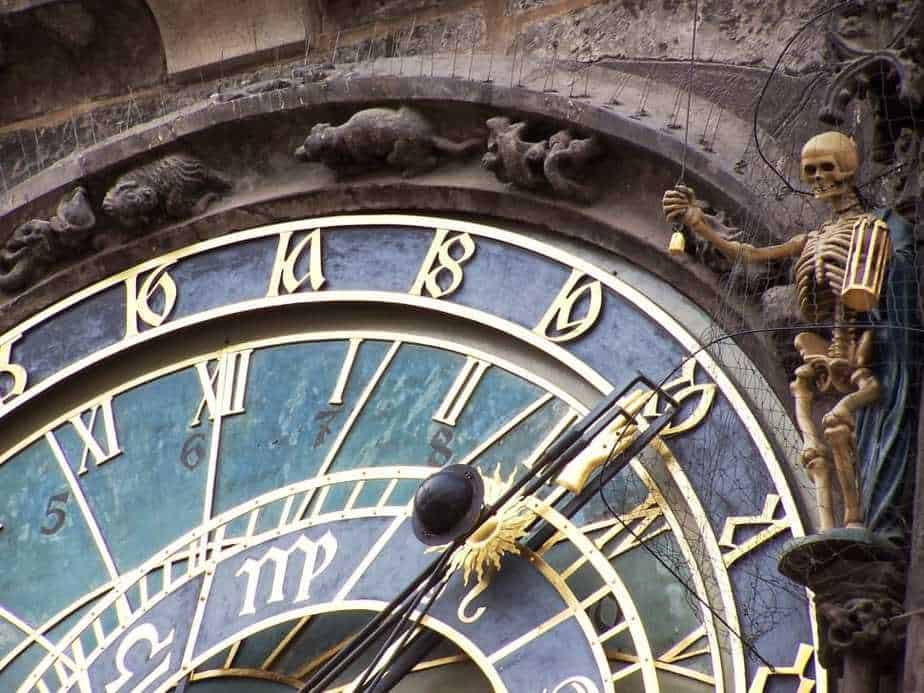 It seems the poor thing has been damaged way too often. That is rather unfortunate as the legend says the city suffers when the clock is broken. Well, it actually says that the city will suffer if it is neglected. The popular tale warns that the skeleton statue on the clock will nod it’s head when the clock stops working due to neglect and condemn Prague until it is fixed.

This is a fun one – the clock was designed around 200 years before  people knew that it was in fact the Earth that rotates around the sun. This is why you can see  the earth surrounded by orange, black, green and blue motives, which stand for the 4 phases of the day.  A fun fact about the fun fact – orange is dusk.  I will let you figure out the rest.

You can also see the sun, represented by a beautiful golden sphere, that moves around the earth and floats above one of the four colors mentioned above. That’s a rather inaccurate way to tell time, but at least you will know what part of the day it is. That can come in handy during some of the worse autumns, when the day is equally gray from morning to evening.

What I find the coolest though are the astronomical signs behind the sun, which show the constellation it is currently matching. The same goes for the silver and black globe, which is of course the moon. The black signifies its dark side and slowly makes way for the silver. The moon cycle is accurate and also shows which constellation the moon is in.

The ancient Babylonians used to tell time by dividing the day in 12. Surprisingly accurate, right? Given that we are talking about a civilization that blossomed thousands of years BC, it is quite amazing they managed to get the day so accurately separated.  The clock shows exactly this split and even accommodates the shorter winter days and the long summer ones. 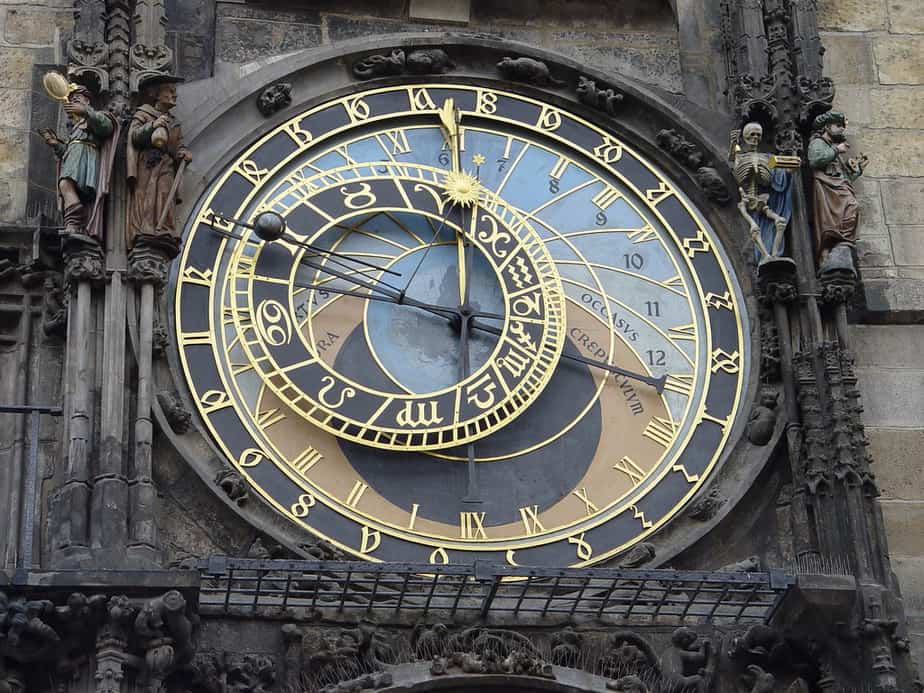 After so much talk about constellations, celestial bodies and ancient day splits, I feel obliged to assure you that the astronomical clock also shows the good old 24 hour day on its outermost ring. The sunset is specifically marked to show when the work day ends (if only). There is also a golden hand that keeps moving every day and points to the amount of hours that passed since the last sunset.

7. Remember Joan of Arc? How about Shakespeare? 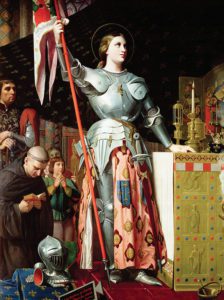 When you hear the name of this rather famous lady you probably think of events that happened a long time ago. Well, the Prague Astronomical clock is even older than her! Not by a large margin though – it was functional just two years before she was born.

It also predates William Shakespeare by a hundred years. And, just for the fun of it, let me throw in that the artwork is made three centuries  before the US was founded. 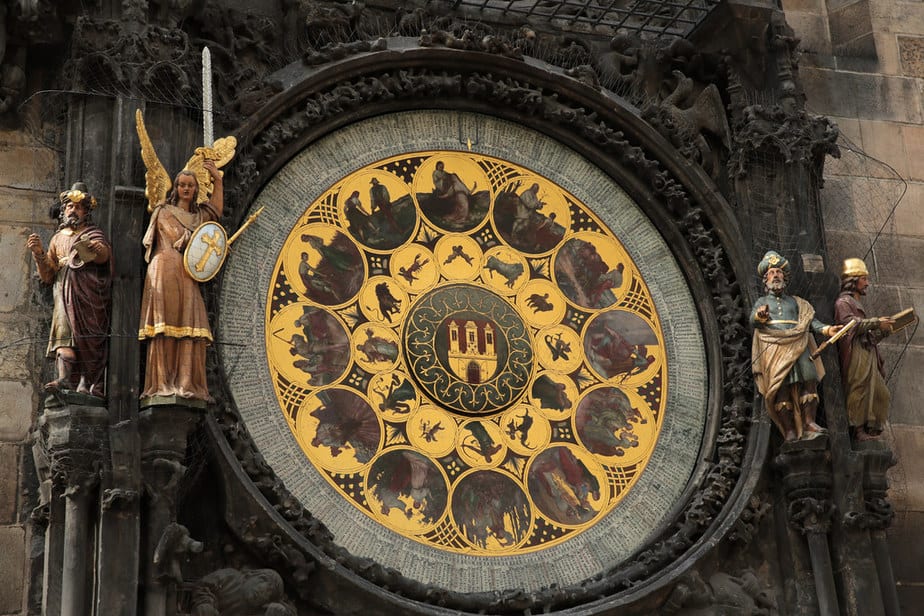 The calendar was created 80 years after the main body of the clock was made and shows the modern 365 day split. The constellations sprinkled over it are in various sizes as technically they shouldn’t cover an equal 30 days each, but were “forced” to do so.

Okay, that’s a quick and not so fun fact but I think it needs to be said – there are both Roman and Arab numbers on the clock.  The Roman numbers show the so called German time and the Arab ones show the Babylonian time. 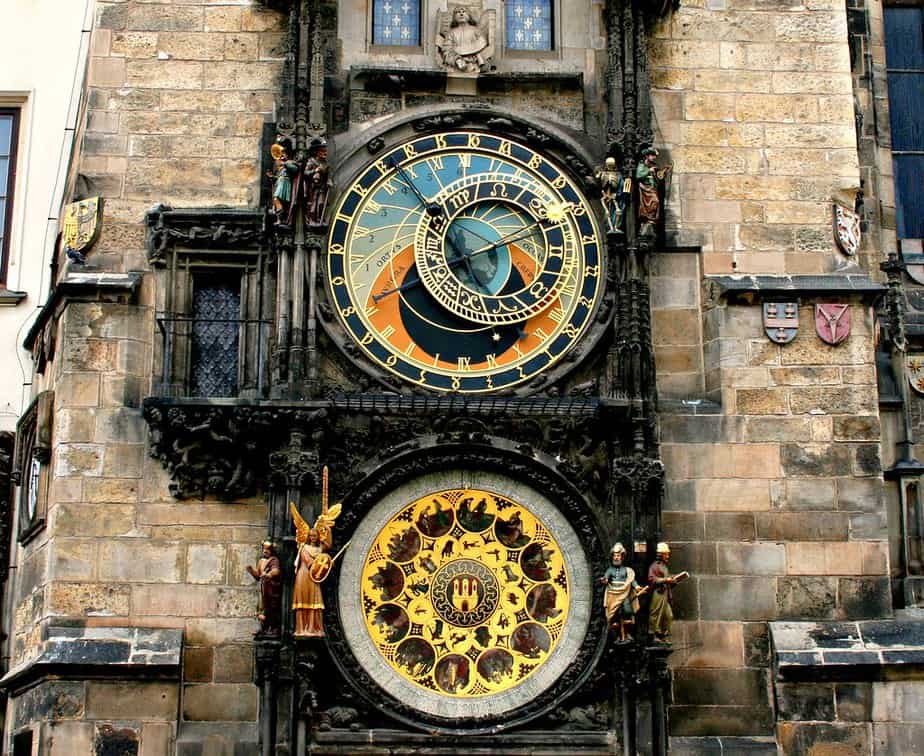 It is not all myths and legends after all – the real creator of the clock was found out in 1961. More like, an old document that mentions him was found out.  So are you ready? The clock was made by Mukulas of Kadan in 1410. It is believed that he cooperated with the astronomer from Charles University Jan Sindel. At least the legend got the date right.

I am sorry to disappoint that there was no evil city council, blinding and dramatic revenge.  Nonetheless, the clock is still one of the most beautiful pieces of medieval art I have ever seen and is more than worth the visit. If you find yourself in Prague don’t hesitate to add it to the top items on your list. Or, even better, plan a trip with us at Discover Walks!