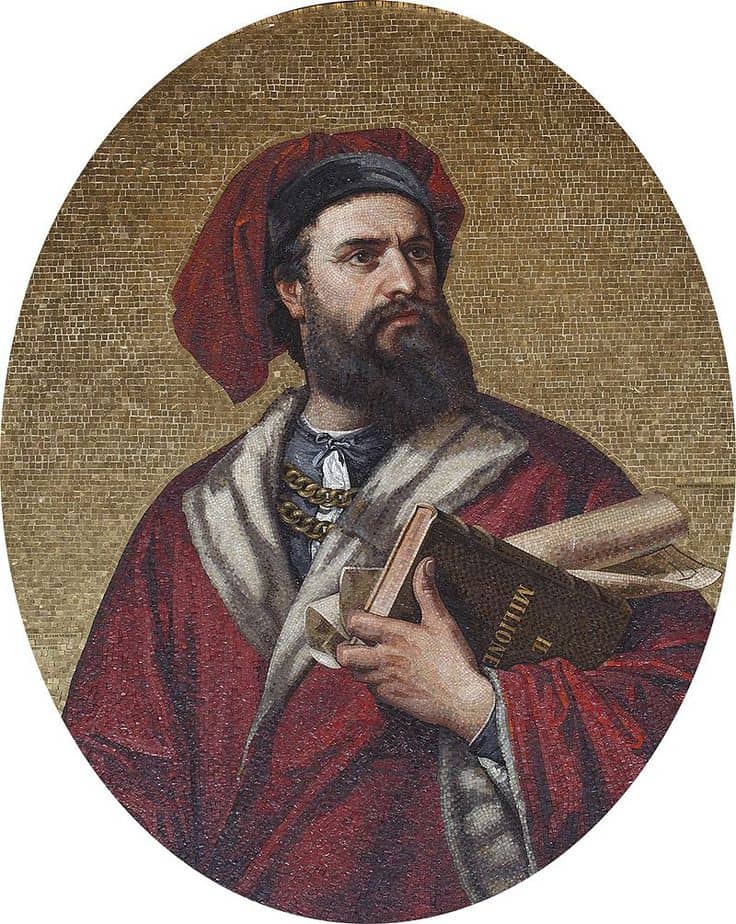 In a time when travelling to the neighboring town took days, Marco Polo was among the few Europeans who were able to make the gruesome journey to Central Asia and China. He came with tales from the mystical region highlighting the court of the legendary Mongol emperor Kublai Khan, the customs of the people and the geography of Asia. His stories seemed so far-fetched to the point the people started to doubt if he ever made the journey.

Marco Polo was born in Venice in 1254 into a wealthy trading family. His father, Niccolo and his uncle, Maffeo embarked on a journey due East before his birth. His mother died when he was still young and as result he was raised by his external family members. Marco Polo would grow up to follow in his father’s and uncle’s footsteps and become a trader, traveler, adventurer and storyteller. His life was full of so many adventures but here are the top 10 facts about Marco Polo that you should know.

1. Marco Polo was not the first European to travel to Central Asia and China 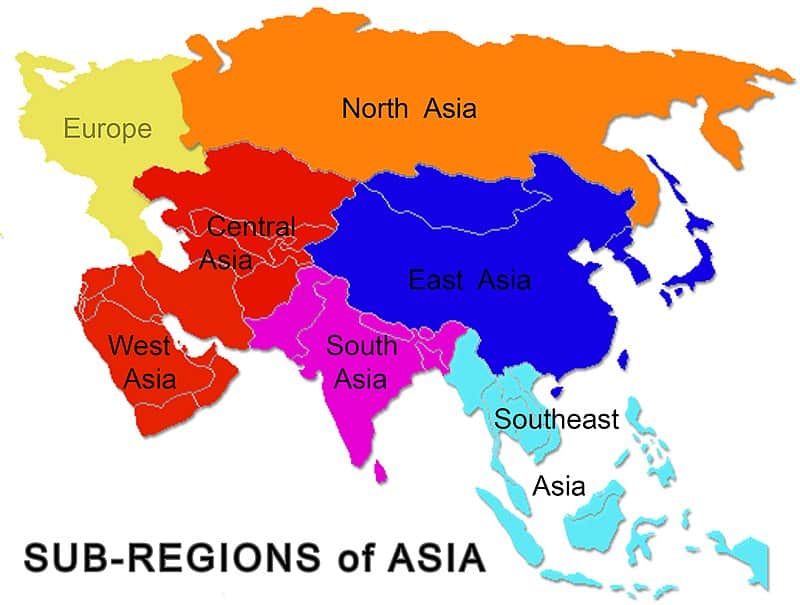 Contrary to common believe Marco Polo wasn’t the first European to make the journey Far East but his the one who came with the most epic and widely known accounts of the region. For starters, we know that his father and uncle had been to the region before and had formed a relationship with Kublai Khan.

Earlier still, Franciscan monk Giovanni da Pian del Carpini travelled to China in the 1240s and was followed by other missionaries including William of Rubruck in the 1250s. The missionaries mostly made this dangerous journey because of the legend of Prester John, a legendary king who was believed to rule over a Christian empire in the East. In his accounts Marco Polo mentions this Christian Empire and great battle that ensued between Prester John and the Mongol ruler Genghis Khan.

2. Marco Polo’s first expedition to Asia was with strangers 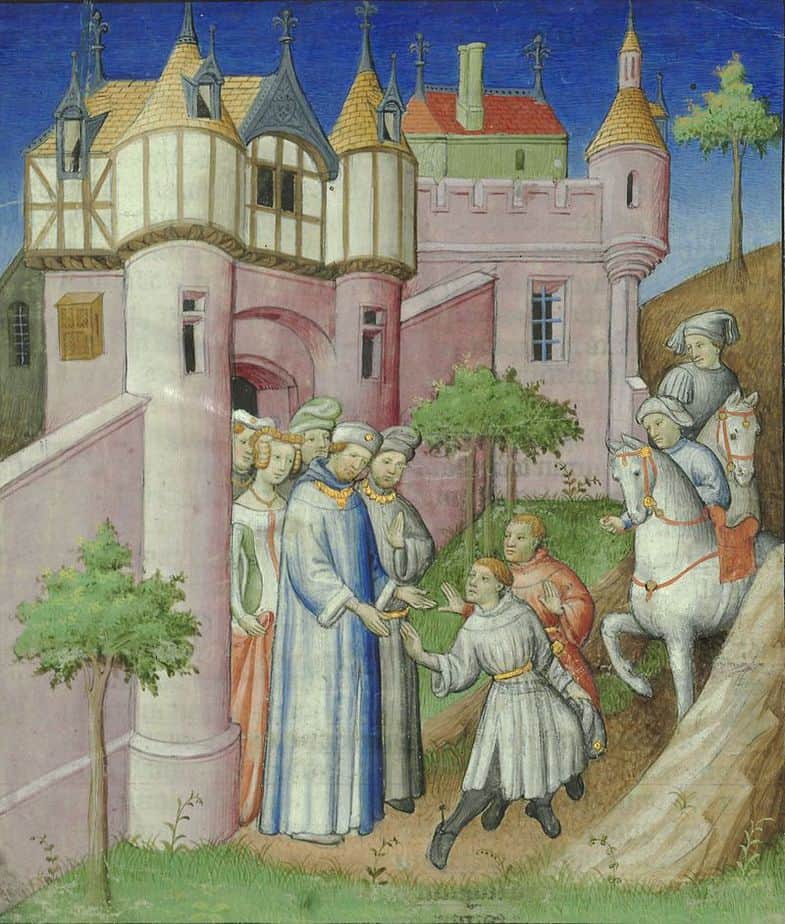 In 1271 Marco Polo joined his father and uncle whom he barely knew for their more extensive second trip to Asia. Before Marco’s birth the two had travelled to Asia, therefore Marco grew up not knowing either one of them. The two brothers did not return to Italy until 1269 when Marco was 15 years old.

At 15 years of age is when Marco Polo physically met his estranged father and uncle for the first time. The pair stayed in Italy until 1271 when they ventured into the sea and headed East once age. Macro Polo accompanied the two men whom he briefly got to know between 1269 and 1271.

3. He was only a teenager when he accompanied his father and uncle to Asia 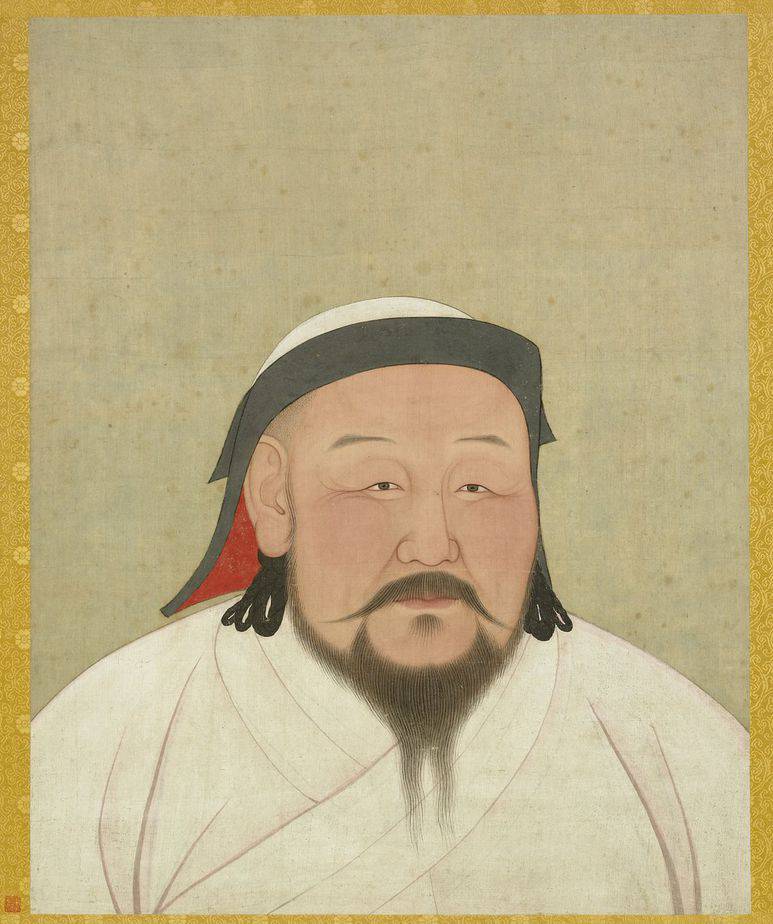 He was only 17 years old when he accompanied his father and uncle in their trip to Asia. The trip was initially meant to be a brief stay at the court of Kublai Khan but it ended up lasting for more than 20 years in which Marco Polo got to travel and explore the great empire of Kublai Khan.

It is believed that this was probably Marco Polo’s first long trip away from the home he grew up in. He was finally getting involved in the family business of trading. 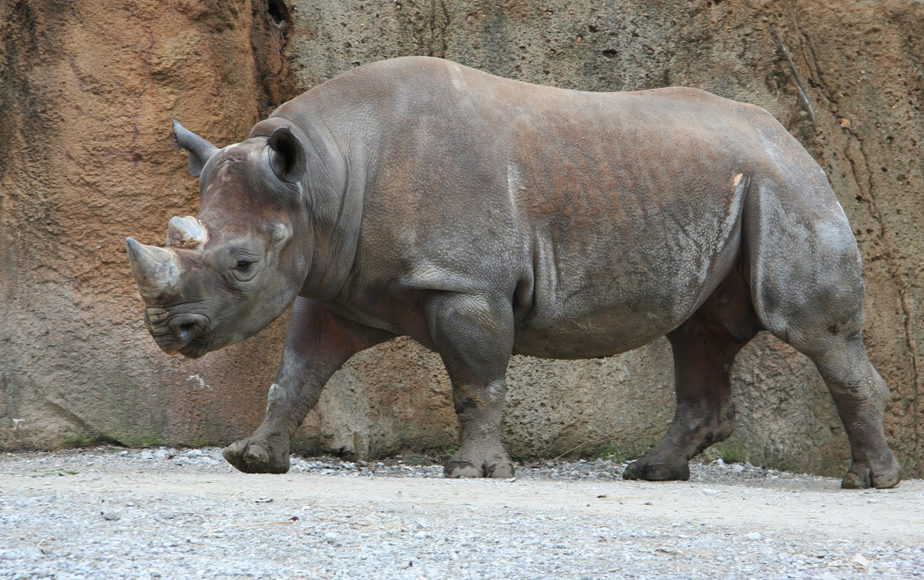 While in Asia Marco Polo encountered strange creatures that were unknown to him like the elephants, monkeys and many more creatures. When he came back to Venice he mistook these creatures with creatures from myths and legends.

For instance in 13th century Europeans believed in the existence of unicorns. They described unicorns as horse-like creatures with horns. However, upon seeing an Asian rhinoceros Marco Polo confused it with a unicorn and declared that unicorns were not majestic creatures. Instead, they were very dangerous and looked like a buffalo with the feet of an elephant. He also described the crocodile as a giant, sharp-clawed “serpents” that could “swallow a man … at one time.”

5. Marco Polo’s route to Central Asia became inaccessible after his return to Venice 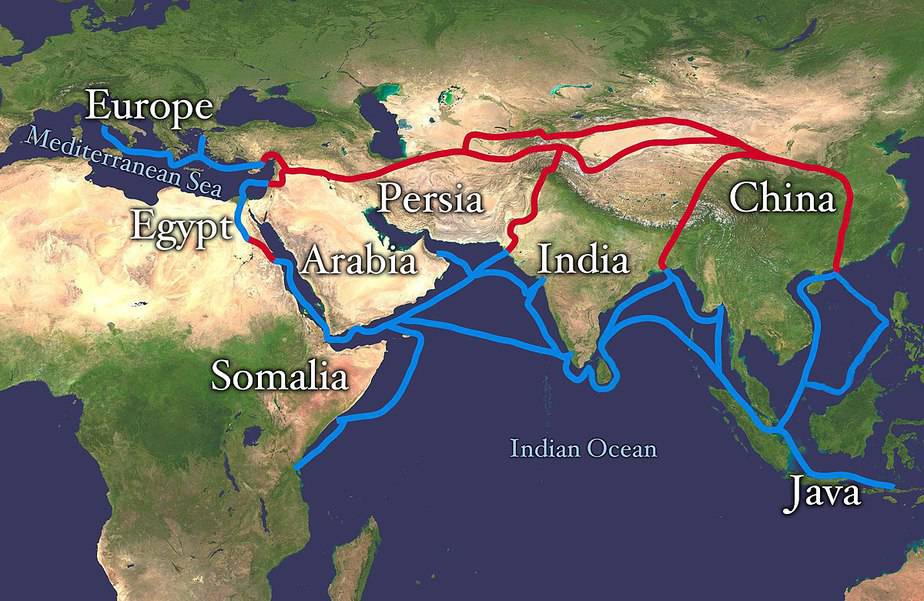 Marco Polo reportedly never left Venice over the last two decades of his life, and if he had any ideas of going back to Asia these dreams were shut down by the death of Kublai Khan. The Mongol emperor died while Marco was on his journey back to Venice causing the Mongol Empire to decline.

The famous Silk Road, a once-prosperous trading route, now had become very dangerous with tribal groups reclaiming land. As the land pathway to China became more and more dangerous very few dared to venture thus cutting off a vital route connecting the East and the West.

6. He introduced the idea of paper money to Europe 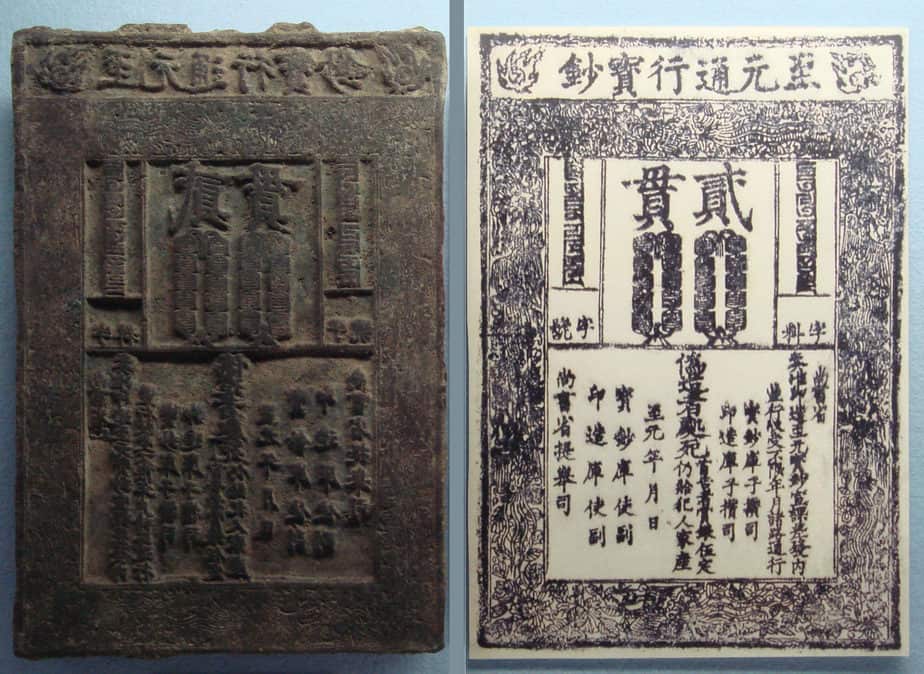 When exploring the Mongol Empire Marco encountered the paper money for the first time. The paper money was an unknown concept in Europe during Marco’s era. He was fascinated by how the Mongol residents cared for this precious commodity, and he learned everything there was to learn about it.

Upon his return home he explained the concept of paper money and even wrote about it in his book. 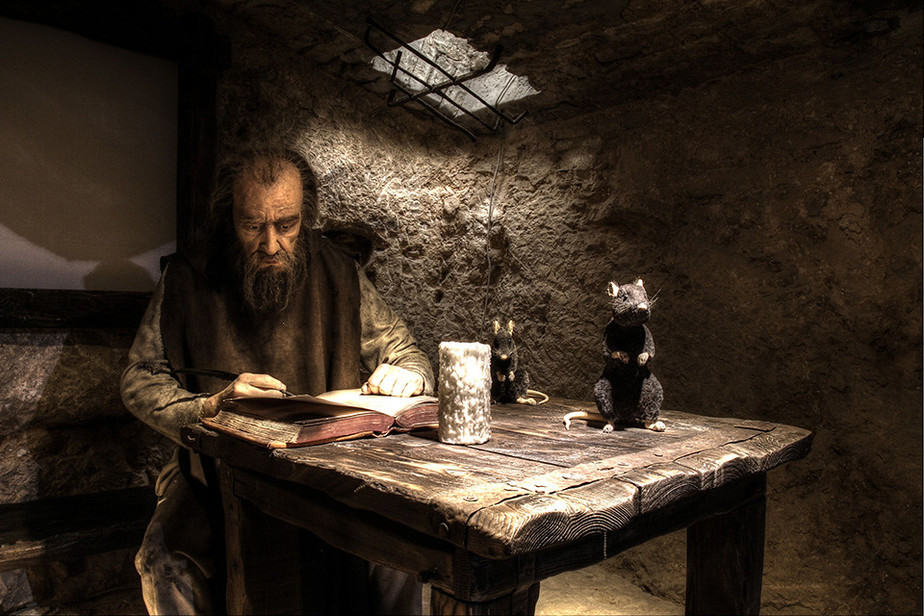 In 1298, Marco Polo was captured after leading a Venetian galley into battle against the rival Genoa, an Italian rival city-state. While in prison is where he met his fellow captive Rustichello. The book came to life with the desire of Marco to document his travels and the willingness of Rustichello to write it down. The book was completed in 1299 upon their release from prison.

Marco Polo’s name became a household name upon the release of his book, “The Travels of Marco Polo.” Rustichello of Pisca, a talented writer of romances, acted as his ghostwriter. Marco narrated his journey and encounters due East which Rustichello penned it down. Ironically, this book describing Marco’s free roaming years was written in a confined prison.

8. Historians believe Marco Polo might have exaggerated some of his stories 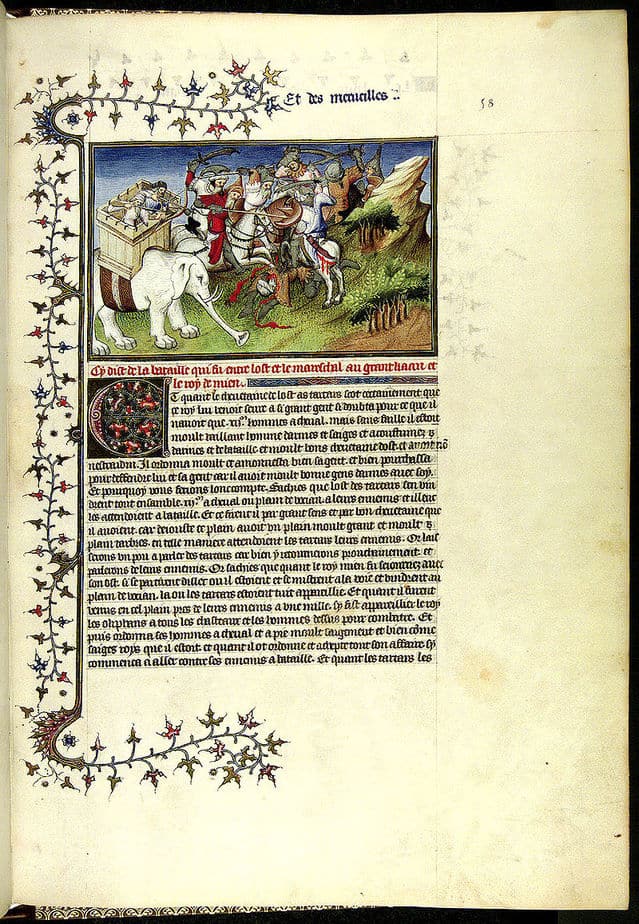 The Travels of Marco Polo – Wikipedia

The only proof of Marco’s journey to Asia is his book and this has caused historians to question if he truly made the journey. The detailed knowledge outlined in the book suggests he certainly did make this journey, however, some historians argue that he documented stories of other travels, who had been to Asia, whom he encountered in his travels.

It should be noted that Marco’s intention for writing the book was not for it to be read as a memoir. That is why the book contains very few details about his personal life. Instead, it was meant to be a book describing the geography and customs of the places he had been to. On his deathbed he said, “I did not tell half of what I saw,” meaning there were more unknown Marco Polo’s adventures.

9. There is a well-known kid’s game named after him 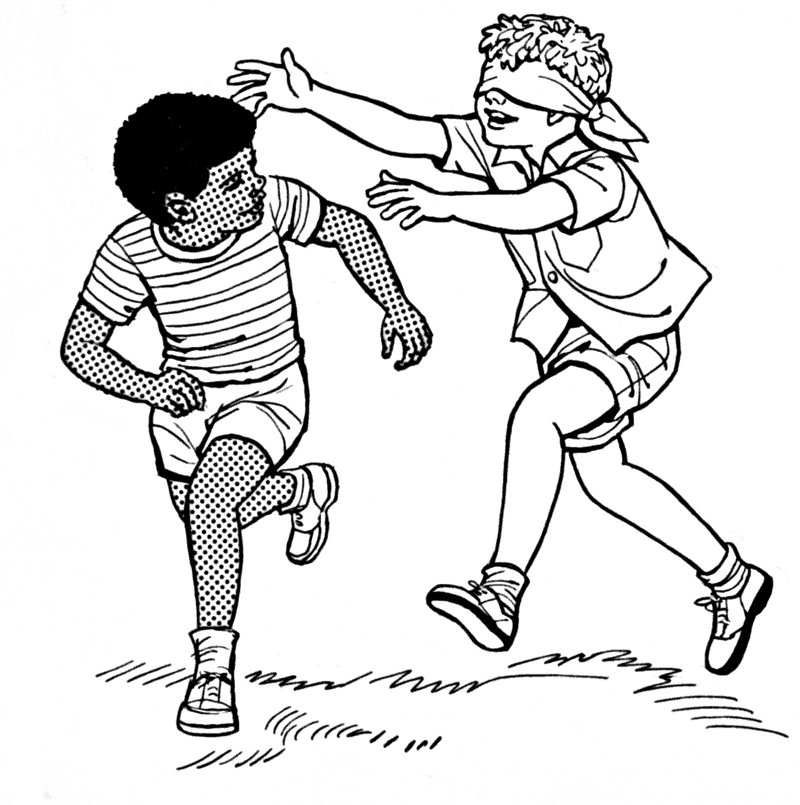 It is a game where one child is “it” and that child closes his or her eyes while trying to catch another player. The “it” child shouts the word “Marco” while the other kids yell “Polo” to aid the “it” child to move to their direction. The other children continue to move so that they are not caught and end up being the “it” child.

It is a fun world-wide game that introduces kids to the famous explorer. This game also enables his name to remain relevant throughout time.

10. Many movies and TV shows depict his voyages 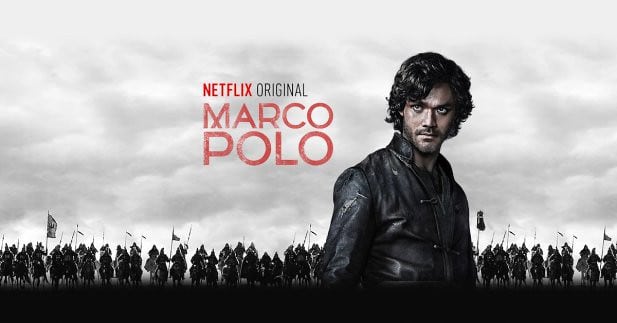 To comrade Marco Polo today there are movies and TV shows depicting his exploits and encounters with Kublai Khan. For instance Marco Polo a Netflix show that run from 2014 was labeled as one of the most expensive TV shows. The show ran for two seasons.