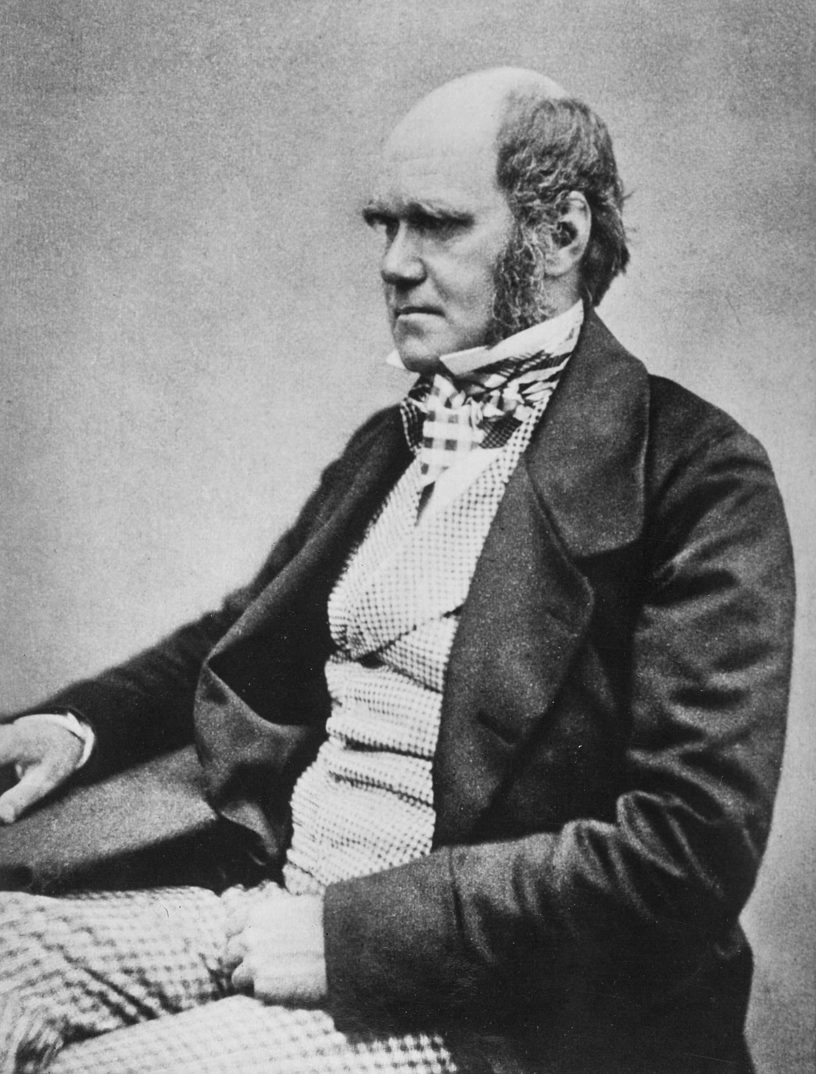 Charles Darwin is a famous scientist who revolutionized the way we view and study the life sciences. His 1859 work, “On the Origin of Species,” explains how life evolves and diversifies. His work remains relevant today, remember the day you discovered you descended from ape-like creatures known as Homo erectus in your science class?

He was born in England on 12th February 1809 and this day is now celebrated worldwide as Darwin Day. This celebrated English man was also a naturalist who helped us understand more about the natural environment through his theory of natural selection. Charles Darwin was a remarkable man whose contributions guide scientists up to date. Other than being a scientist here are 10 facts about Charles Darwin you should know.

1. There are similarities between him and Abraham Lincoln. 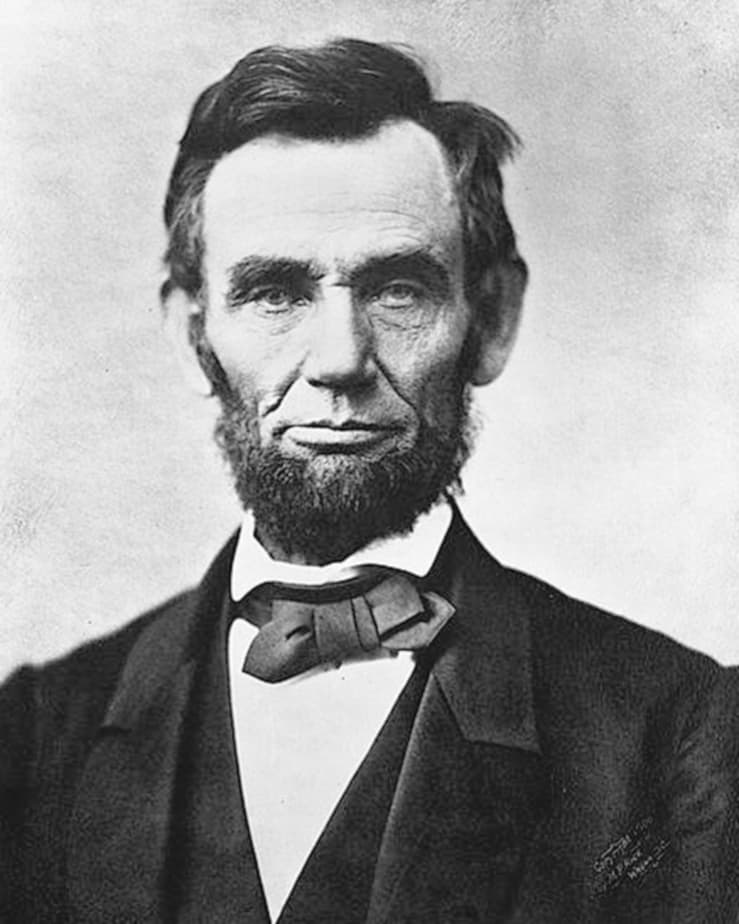 Both of them were born on 12th February 1809 but under different settings. Lincoln was born in a rude log cabin in Kentucky wilderness in America while Darwin was born in a grand Georgian house on an estate in England.

Both of them would grow up to lead history-changing lives. Darwin grew up to be a great scientist whose works shaped scientific theories. Lincoln grew to be one of America’s greatest presidents.

Both of them strongly opposed slavery. Darwin called the practice “monstrous stain on our boasted liberty.” In 1833, he wrote that, “I have seen enough slavery … to be thoroughly disgusted.” Lincoln was at the fore front in the war to end slavery in America, and he was successful at abolishing it.

There are many more similarities between the two like they both loved Shakespeare, they both suffered the loss of a child, their faces appear on currency and more discussed in the book, “Lincoln and Darwin” by James Lander. 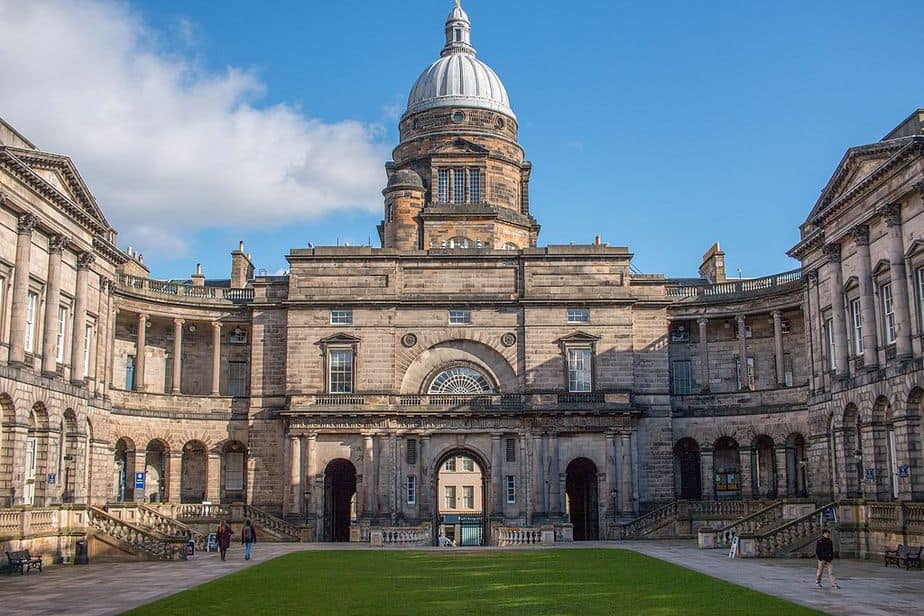 After spending the summer of 1825 serving as an apprentice in his father’s practice Darwin followed in his father’s footsteps and enrolled at the prestigious University of Edinburgh to study medicine. However, he hated the sight of blood and was bored with the lectures, so he dropped out of school. This greatly disappointed his father.

However, he enrolled in Christ’s College in Cambridge and graduated with a degree in arts. He became a pastor at a small church and pursed naturalism. It is said that Darwin was a lifelong autodidact, meaning he preferred self-education over the conventional methods of studying. 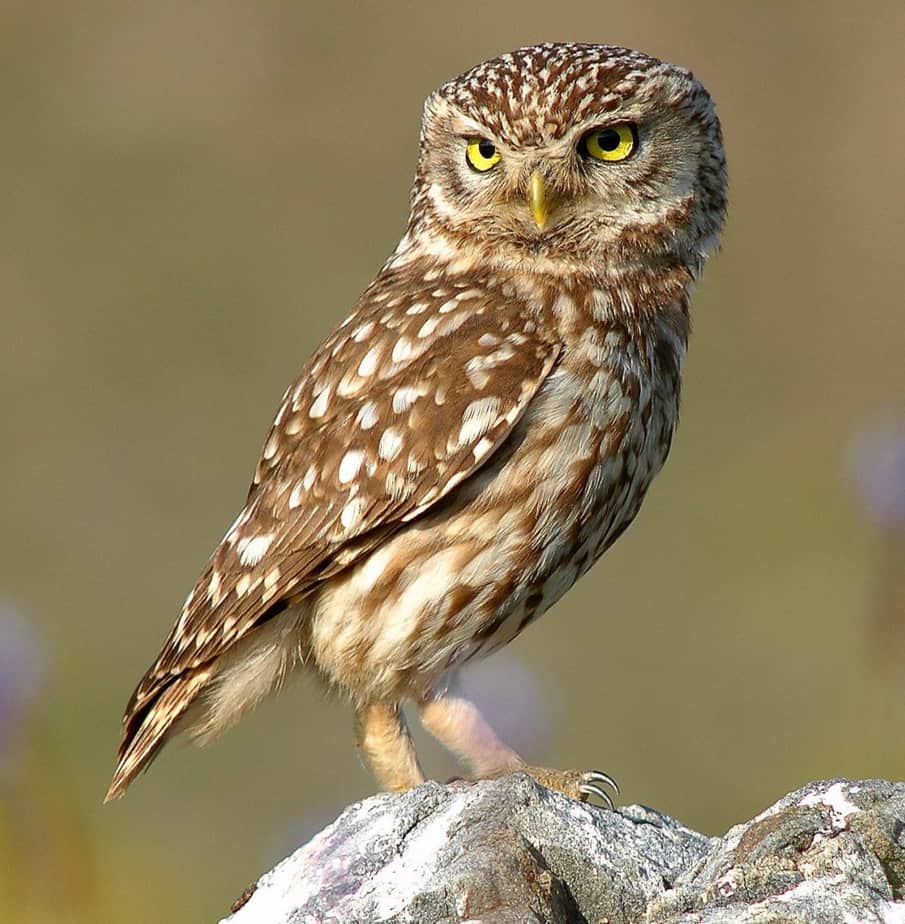 Darwin was an adventurous man who wasn’t afraid of trying new things. When he saw strange new animals he not only studied them, but he also ate them. His diverse palate lead him to eating very strange and exotic animals during his lifetime.

While at Cambridge Darwin formed the Gourmet club, also known as the Glutton Club, which met once a week to dine on birds and beasts not often found on menus like hawk, bitten and owl which he found “indescribable” and he couldn’t choke it down.

Darwin continued with his food adventures after school. During the voyage of the Beagle, he ate armadillos and agoutis. The rodents were “best meat I ever tasted,” he said. In Patagonia, South America, he ate a puma which he described as tasting like veal and a Rhea, an ostrich like bird. In the Galápagos, he ate iguanas and giant tortoises. Which of this have you ever tasted

4. He composed a pro/con list to decide on whether to marry. 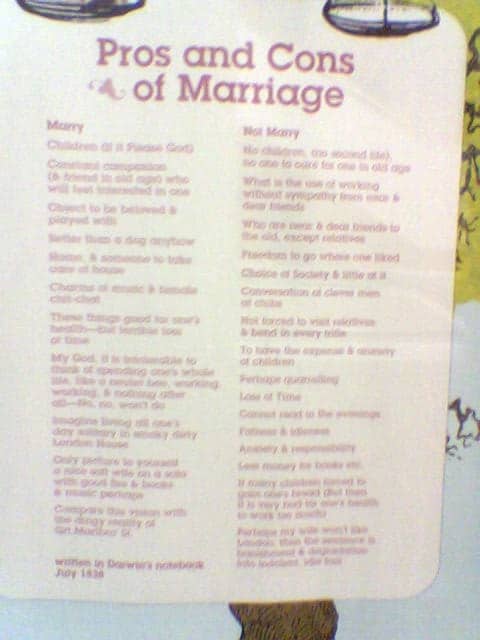 Being a scientist down to his core Darwin took a logical approach in determining if he should or should not marry. In 1838 he composed a list of two columns that outlined the advantages and disadvantaged of marriage. After making the list he concluded marriage was advantageous and therefore he married.

In his list the “Marry” column he records that marriage will lead to “children,” which he describes as “constant companion” and “someone to take care of the house.” He even noted that it was “better than a dog anyhow.” On the “Not to Marry” column he describes the restrictions that come with marriage like “freedom to go where one liked,” “conversation of clever men at clubs,” and “loss of time.” At the end of the list he concludes he should marry my writing Marry – Marry – Marry.

5. He married his first cousin. 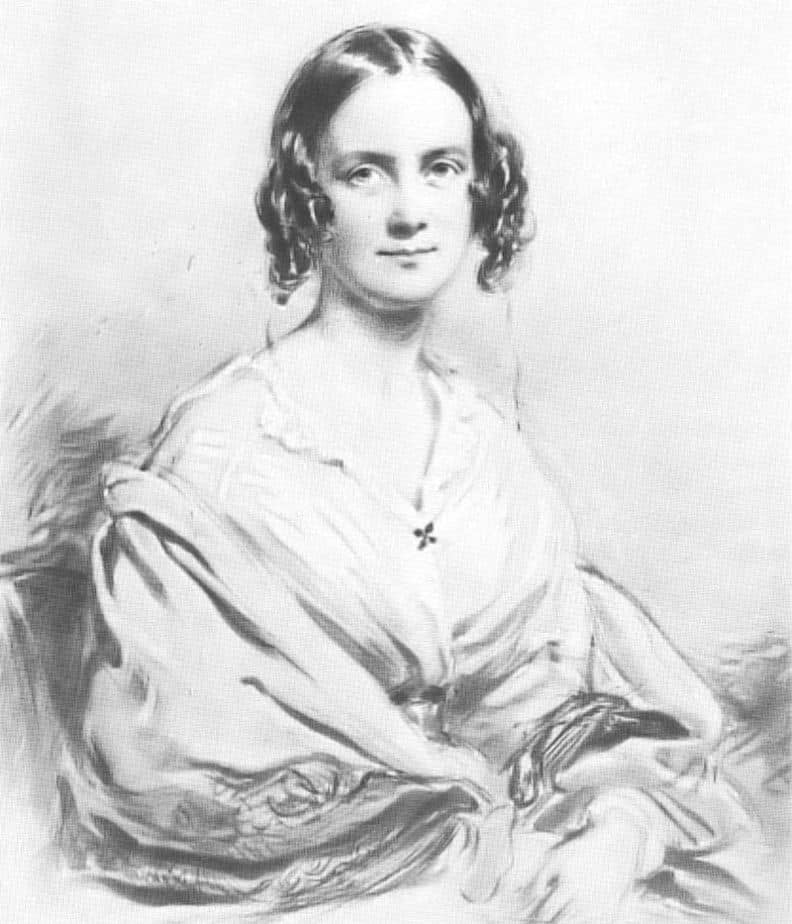 Ironically the great scientist who gave rise to the importance of genetic in natural selection choose to marry a first cousin. Recognizing that plants that self-fertilized tended to be less healthy, this phenomena will greatly affect his children. It was less of a taboo to marry a relative member during his time than it is today.

Darwin married Emma whom he had ten children with. The two were happily married for 43 years until Charles’ death in 1882. They even enjoyed a strict schedule of 2 games of backgammon every night from 8:00 to 8:30 PM. Charles kept meticulous scores of the games and once even bragged to have won, “2,795 games to her mere 2,490.”

However, their marriage also suffered great losses when three of their children died from illness and others had great health problems. For the rest of his life he was haunted by the death of his three children. He had known the dangers of having children in “consanguineous” marriages.

6. He struggled with his religious views. 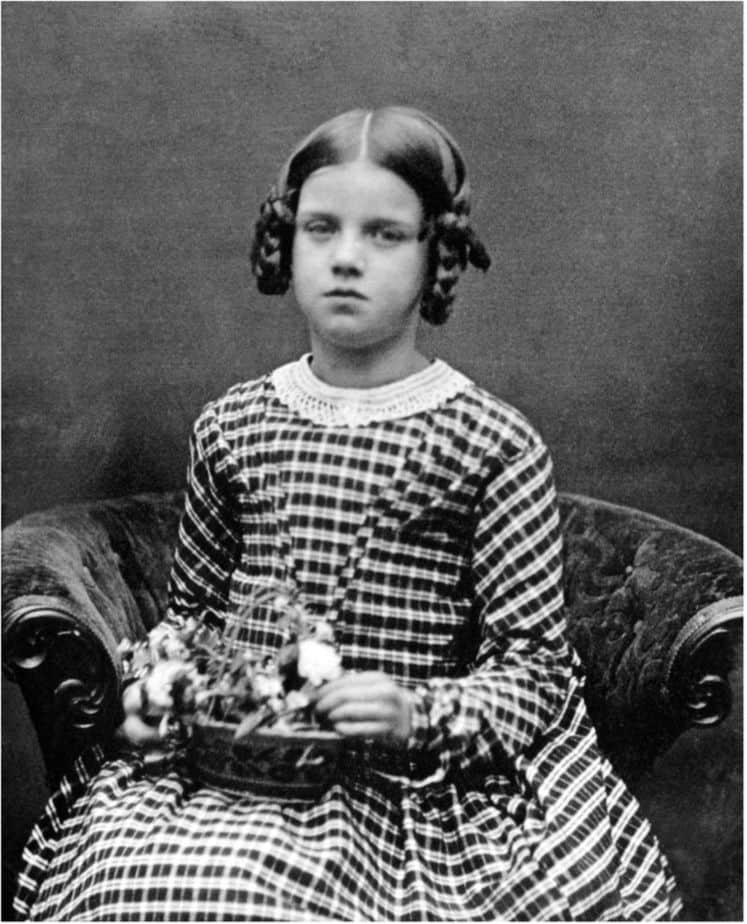 As a young man Charles was a devoted Christian, having been raised as a Unitarian Orthodox, studied divinity in college and being a priest in a local small church. He even admitted that he took the Bible by word, believing everything written in it.

However, Darwin’s religious beliefs started to wavier as he grew older and traveled the world. During his voyage aboard the Beagle he encountered different religions and cultures. He was also puzzled on how God could allow such inhumanities to happen such as slavery and poor living conditions of the natives of Tierra del Fuego.

Darwin’s breaking point came when his three children died, and he converted to being an agnostic, meaning he did not believe in the existence or the nonexistence of God or a god. He continued to support the local church with parish work but when his family attended church he would instead go on walks.

7. He waited more than 20 years to publish his theory on evolution. 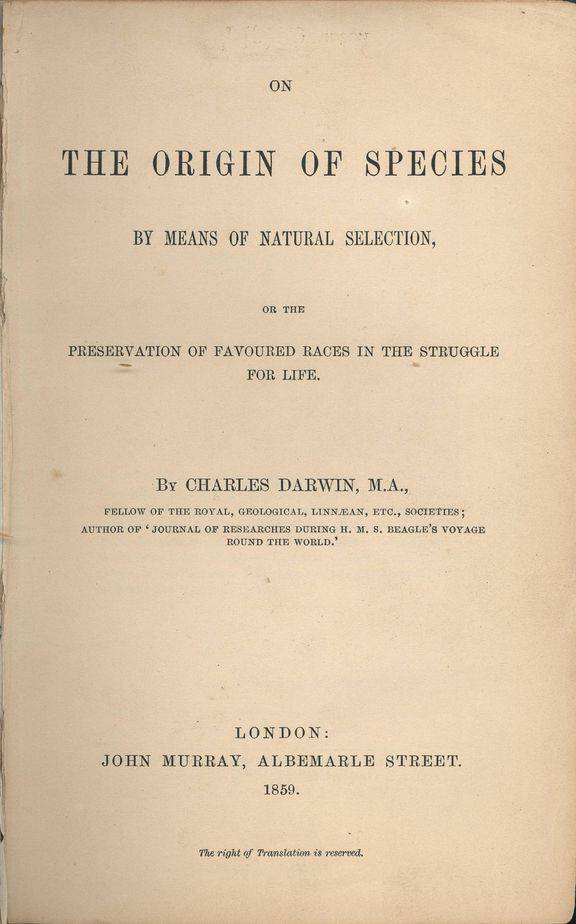 The full title of Darwin’s publication was: On the Origin of Species by means of Natural Selection, or the Preservation of Favored Races in the Struggle for Life. It was inspired by his five-year voyage around the world aboard the HMS Beagle which provided him with invaluable research that developed his theory on evolution.

He published his book in 1858 almost twenty years after he wrote it. He was reluctant to publish it because he was afraid of people’s reaction to the claim that they descended from apes. Also being a clergy man he knew that this notion will not be acceptable to the church. However, he was pushed to publish when British naturalist Alfred Russel Wallace was about to publish a similar concept. 1,250 copies were made and sold for 15 shillings. Today it is valued at $23,000

8. He didn’t come up with the phrase “survival of the fittest.” 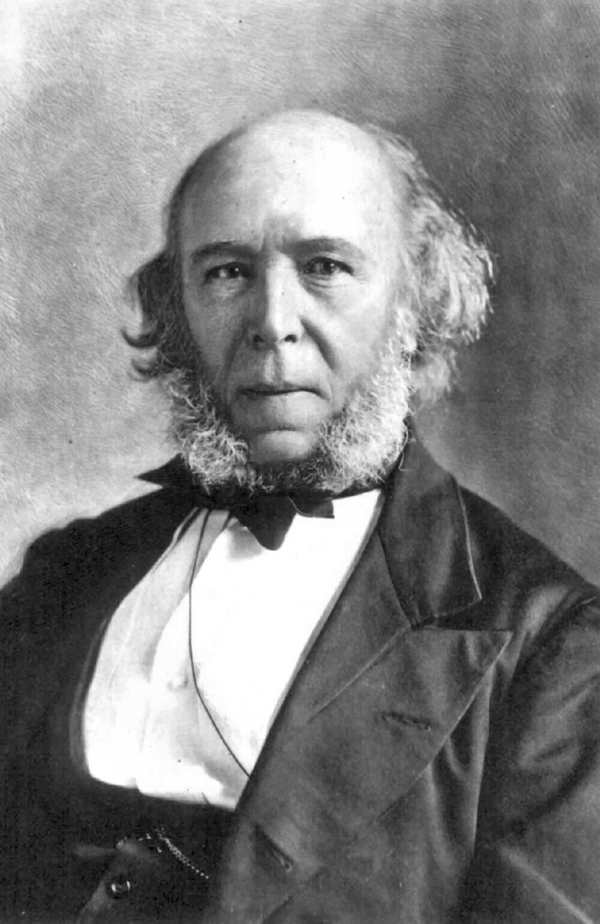 Many people assume Darwin is the one who coined the phrase “survival of the fittest” because it is greatly associated with Darwin’s theory of natural selection, but he did not. He popularized the phrase by adopting it in his fifth edition of “The origin of Species,” published in 1869.

The word was first used by English philosopher Herbert Spencer in 1864 when connecting his economic and sociological theories with Darwin’s biological concept in, “Principles of Biology.”  Darwin gave full credit to Spencer by writing of natural selection that, “the express often used by Mr. Herbert Spencer of the survival of the fittest is more accurate, and is sometimes equally convenient.” 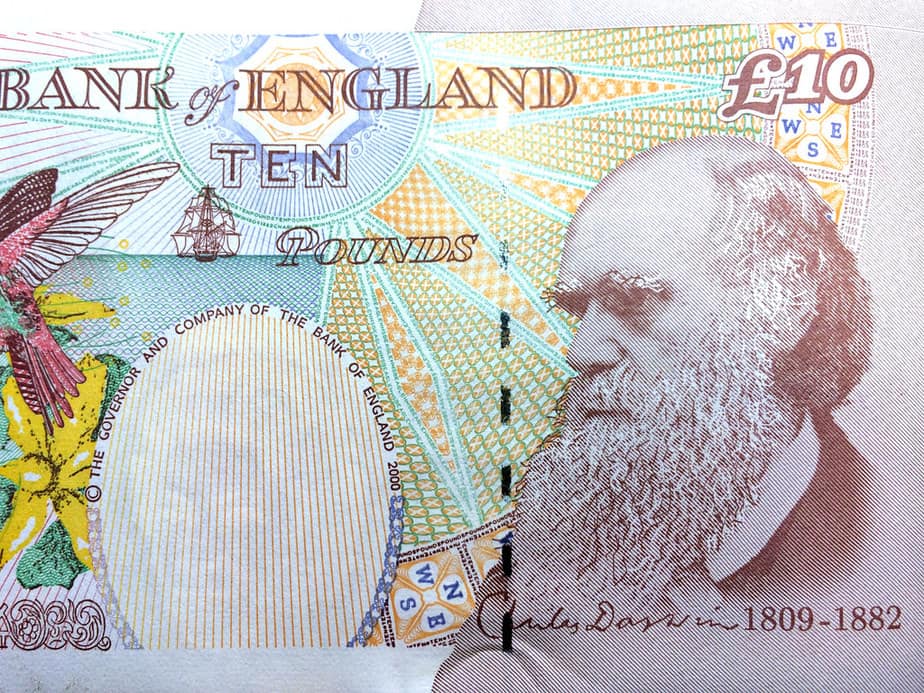 The British 10-pound cotton note first issued in 2000 contains a portrait of a bearded Darwin along with an image of HMS Beagle, a magnifying lens and flora and fauna seen on his travels. Unfortunately the note was put out of circulation on 1st March 2018.

The portrait of author Jane Austen replaced that of Darwin and the note was changed from cotton to polymer. This current note was first issued in 2017.

10. He got a belated apology from the Church of England.

Logo of the Church of England – Wikipedia

Darwin was right to fear the reactions he would get upon the publication of his work on evolution. The church attracted him vociferously. The church of England greatly opposed his idea of evolution via natural selection that contradicted the Church’s concept that God is the creature of all things including man.

However, around 125 years after Charles Darwin death the great Church of England apologized for its harsh treatment towards Darwin and his theories.