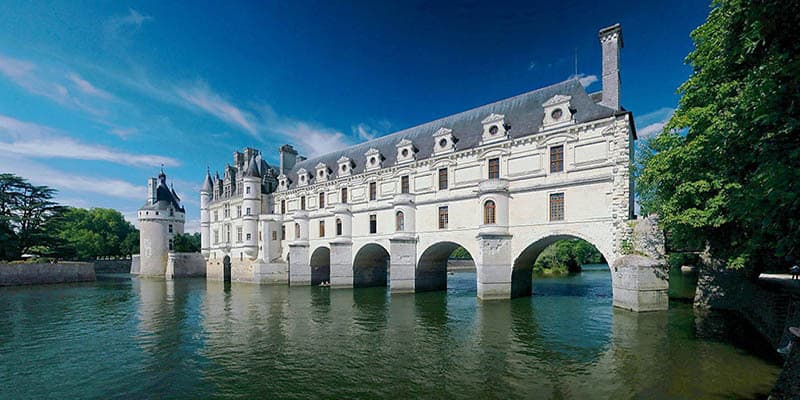 Paris can after a while become a little suffocating, so finding things to do outside Paris can be a good idea! Paris is the French capital but surprisingly enough, the city itself is not very big. Only about two million people live in Paris whereas in the suburbs, live more than ten million people.

Actually, It’s also a choice in the way of life. Some people prefer to have a house with a small garden a bit far from Paris, rather than a small apartment in the core of the capital. We can easily guess that Parisians don’t necessarily live in Paris but they do work in Paris and live around the city. That’s why on the outskirts, you can find major places for entertainment and to visit. This article sums up a few of these things to do outside Paris, so read on to find out more!

Because of the importance of the outskirts of Paris, you cannot sum up your stay in Paris by only visiting the city center. If you can, you should really go see what is in Paris because usually, there is always good surprises waiting for you. What I mean is that if you want to truly live the Parisian lifestyle, visiting the landmarks outside Paris is a must. Actually, before going to the outskirts of Paris, be sure that your stay is long enough to fully enjoy everything Paris and its suburbs have to offer. Visiting Disney, Giverny or Versailles, some of the attractions you can check out, will take you a whole day.

Outside Paris, you will almost always find something that will fit your tastes and interests. From the art to the history through attractions, going to the Paris outskirts is the best way to take advantage of your visit to the city. Here are the landmarks – and therefore the main things to do outside Paris – you should visit if you have the time. 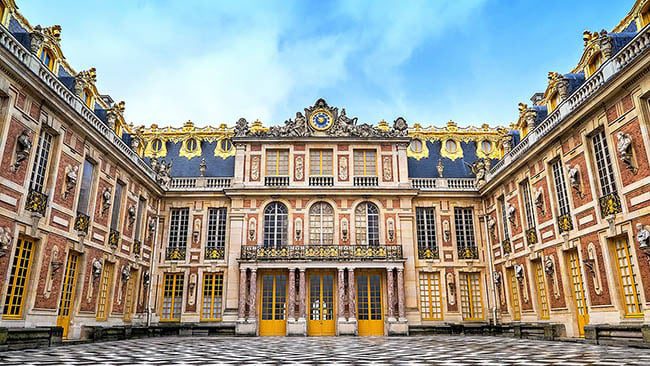 A world-famous castle known for its magnificence and architectural richness. The castle itself is already huge but even more impressive is the garden. Every Parisian has visited this attraction at least once in their life. If you want to visit the castle and the typical French garden that is tidy and organized, it would take you one day. To get there, you will take around 40 minutes from the center of Paris, using the RER C line. 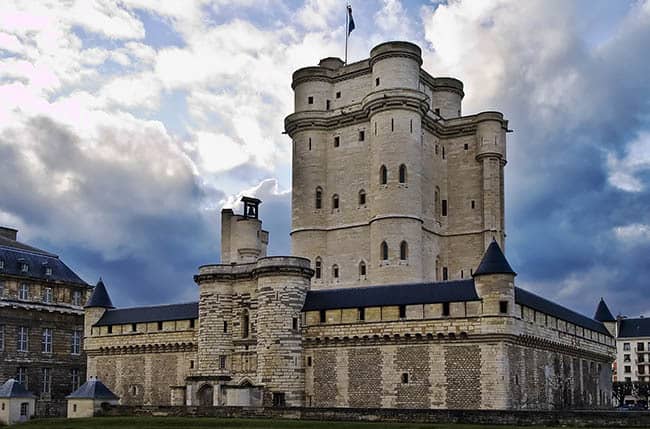 This castle is known for being the second castle where the Kings lived in France. It was renovated a few years ago and is now completely clean. The main advantage of this castle is that you can go there by metro, on the 1st line and from the core of Paris. This will take you around 20 minutes. 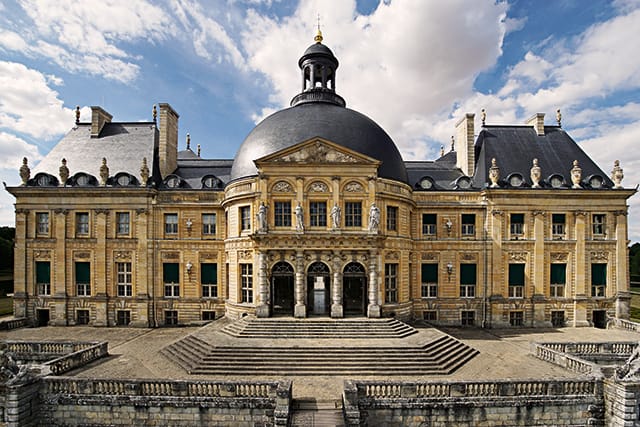 This castle is not very famous around the world but in France, we consider it as one of the most beautiful castles. The story goes that because the King was so jealous of the Castle of Vaux-le-Vicomte, he had Versailles built. To get there, it will take you one hour from Paris by train then you’ll have to take the bus, going there will be rewarding because you will enjoy a very beautiful garden in an almost countryside neighborhood. 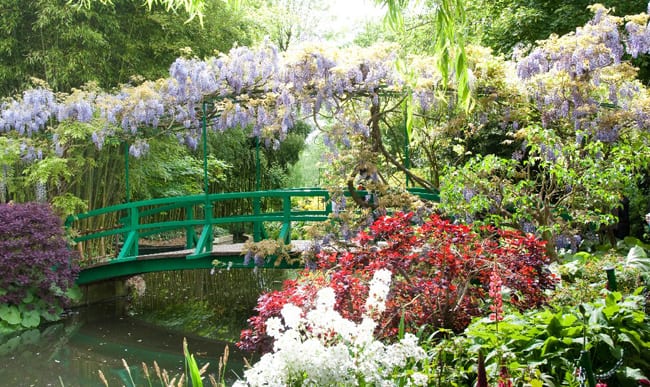 Going to the Jardin de Giverny is a good way to relax and rest after a week in Paris. Giverny is a bit far from Paris. You have about 40 minutes if taking the train (from Gare Saint Lazare to Vernon), then you have to take a bus for another 15 minutes, but it’s worth the time. It is completely different, which is why it is enjoyable after running up and down visiting Paris.

Depending on your budget and your available time, you can discover Versailles and Giverny on a day trip with a local guide. Combining these two excursions in one day can be a good idea to discover France’s history !

There, you will completely enjoy the countryside and will leave with a different perspective of the world around you. This garden is really famous because this is the place where Monet painted all his masterpieces. It is also a very beautiful garden with a lot of different flower species. As a Parisian I am used to many buildings and somehow polluted air, I have a very good memory of the day I once spent in Giverny. That’s why the best time to visit Giverny is during the spring when all the flowers and the trees are blossoming. 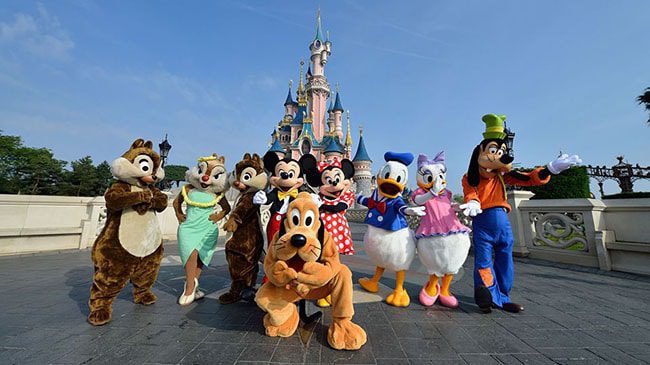 There are only about five Disneyland parks all over the world, and the European one is in Paris. If you come to Paris with your children, then this is really a must-do attraction. This park was built more than twenty years ago and is already a reference in theme parks. If you want to enjoy all the attractions of the parks, you should book a hotel room for one night in one of the Disney hotels. I remember waking up in Disneyland Paris. It was a weird feeling because you feel like you are in a fairy tale.

Otherwise, if you don’t spend the night at any of the hotels there, you will need a whole day to experience the attractions of both parks – Disneyland and Walt Disney Studios. To go there, you have to take the RER A to Marne la Vallée, it’s about 40 minutes away from Paris. I recommend you to wake up early because the park is quiet in the morning, while in the afternoon, it’s completely crowded, especially on weekends. Additionally, if you want to avoid the Parisian crowds, try to go to Disney during the week. If you are really a great fan of attraction parks, you should also go to the Asterix Park. It is a park that has been inspired by the French comics Asterix and Obelix. There are a lot of attractions. It’s the second most famous park in Paris.

The flea market of Saint Ouen 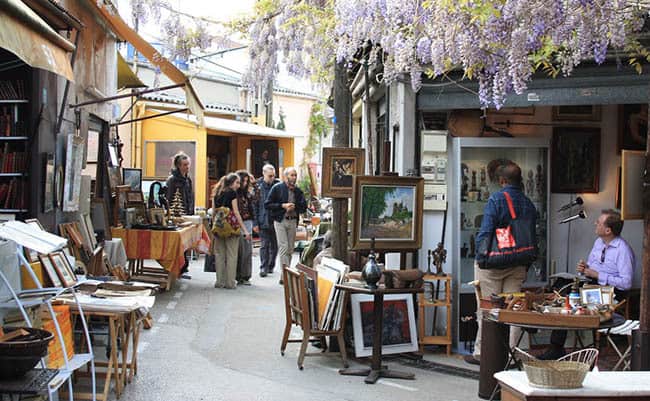 This market is the biggest flea market in Paris, and it’s the fourth most visited place in France. It’s also considered to be the biggest flea market in France, with more than fifteen markets with specific themes. You can find everything you want, from paintings to furniture, to old books, to clothes and even musical instruments. You can also find flea markets in other districts of Paris known as “brocantes“, and these are the places where Parisians are looking for bargains but the Saint-Ouen‘s one is permanent and the most popular.

The market is famous for being a place where lots of old antiquities and furniture are sold. To enjoy a stroll through the market, go to the metro station Porte de Clignancourt on the 4th metro line. It takes about 20 minutes, from the core of Paris, to get there. Alternatively, we run the Flea Market Insider’s Tour every Saturday and Sunday and trust me, it’s an experience unlike any other in Paris ! 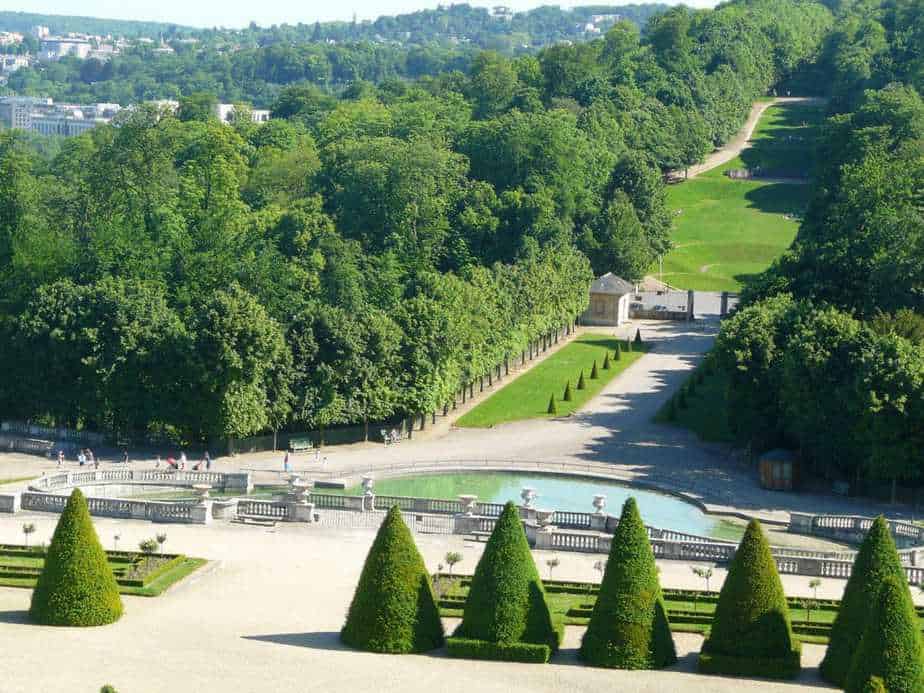 You won’t have to go far to discover this picturesque garden with stunning views, perfect for weekend strolls. Saint-Cloud is a western suburb of Paris but doesn’t give off the bustling city vibe. It’ts green, quiet, and affluent. The Château de Saint-Cloud was a royal and imperial palace from the 16th century, and at one point it was inhabited by Marie Antoinette and Napoleon. The cone shaped trees and luscious green space make you feel like you’re in a mini Versailles. For a pretty view, walk over to La Lanterne, which is an elevated viewpoint. Here you can see across the Seine and notice the landmarks on the horizon like the Eiffel Tower and  Montparnasse tower.

Here is a panoramic shot of the view you’ll get visiting the Parc de Saint-Cloud: 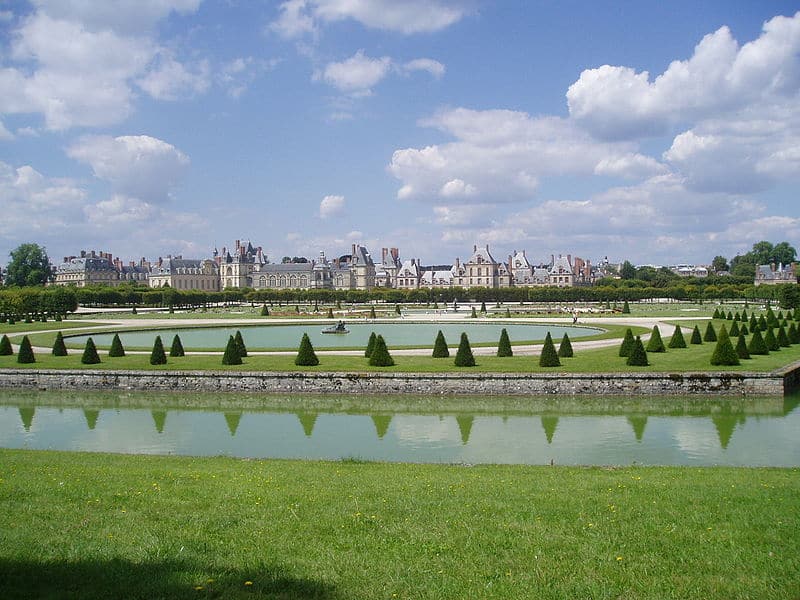 In my opinion, this castle is just as impressive as Versailles, and you won’t have to wait in a single line! It’s also so easy to get to, accessible by a 45 minute train ride, southeast of Paris. It’s raved about by tourists and locals alike, and is a  UNESCO World Heritage Site. The castle boasts four museums, and the gardens are some of the most impressive I’ve seen in all of Paris. The site also has 3 stunning chapels, and this site has a Hollywood connection- believe it or not. Lana Del Rey filmed her music video for Born to Die at the famous château. Read here for more music videos filmed in Paris. Need more reasons to visit the Château de Fontainebleau? Here is a more in depth list of what this stunning palace has to offer.

Finding things to do outside Paris is the easiest way to see what the whole country looks like. If you don’t go for a trip in the other regions of France after your stay in Paris, it is really the best way to have an insight of what France is all about, more generally than Paris. Don’t hesitate to contact us if you need further information about anything! See you soon!