Things to do near Pigalle 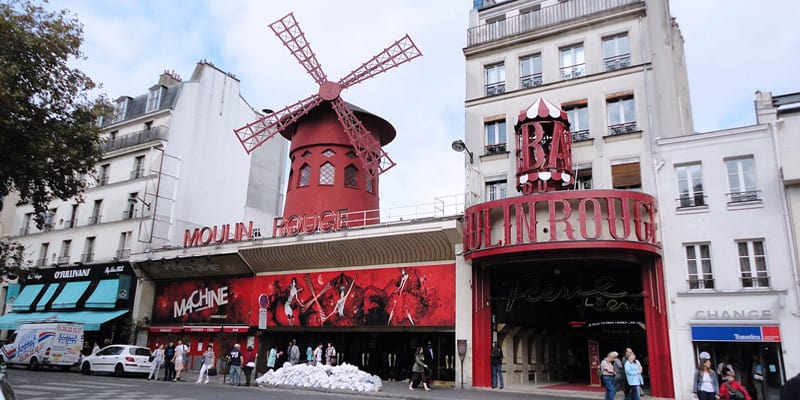 Pigalle is by far the most animated and lively neighbourhood in Paris, and there are so many things to do near Pigalle. Nicknamed “Pig Alley” by the Allies during World War II, Pigalle isn’t only about cabaret and adult-only entertainment. 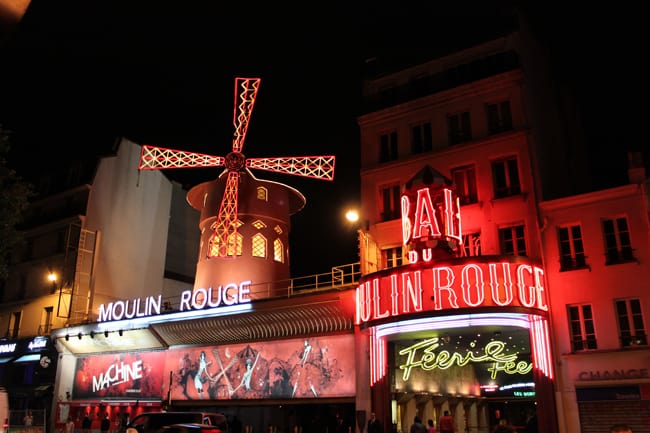 Pigalle represents the Paris of entertainment, the Paris of excess but also the Paris of thriving creativity and artistic avant-garde. The surroundings of Pigalle convey an authentic, almost “villagey” atmosphere especially on la Butte Montmartre and in the Batignolles area.

Pigalle area has also become representative of cosmopolitan Paris, and has turned into the latest trendsetting part of Paris with young and hype Parisians (the so-called BoBo, bourgeois bohemian) queuing to enter the hottest electro clubs of the capital.

Dominated by strip clubs and sex shops such as the “Sexodrome”, Pigalle is Paris’ red-light district, the city’s epicenter of adult-only adventures. Get naughty and explore the most mischievous district of Paris, nicknamed “Pig Alley” during World War II by soldiers looking for X-rated entertainment.

Dive into the “Paris of crime”, the Paris of night crooks and pimps by visiting private clubs and brothels, as well as the Museum of Eroticism.

A thing to do near Pigalle is to experience Paris’ most famous cabarets, among them the Moulin Rouge on Clichy Boulevard: this cabaret is the temple of entertainment with its revue and topless shows, where the ballerinas dance the famous “French cancan”.

This part of Paris still remains an entertainment neighbourhood thanks to its energetic clubs famous for their electro music (La Machine du Moulin Rouge, Chez Moune) that have recently become the headquarters of Parisian youth. 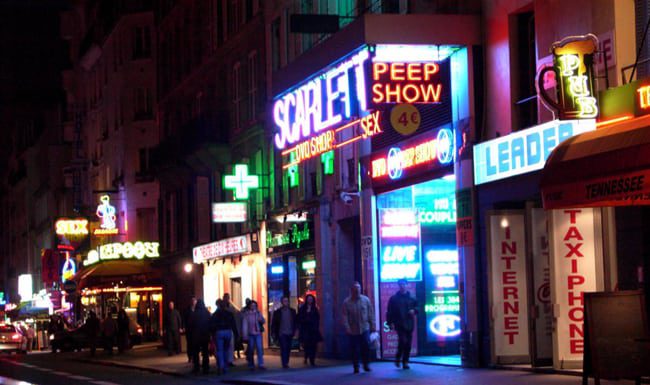 2.) Montmartre: a village spirit for the artistic avant-garde of the early XXth century

After a sinful tour of Pigalle, go and seek for forgiveness to the Sacré Coeur Basilica on la Butte de Montmartre. Apart from the architectural beauty of the Basilica, and its interior lavish mosaics, the Butte offers an astonishing panorama of Paris that will leave you even more breathless than if you were to climb up to it.

Something you should do near Pigalle is definitely have a stroll in the narrow cobbled streets of Montmartre, an ancient village packed with vines and windmills away from Parisian “débauche”. Get lost in Rue des Abbesses, Rue des Trois Frères or Rue des Martyr, get some rest in its atmospheric cafés or explore the Montmartre of artists.

Pass by the Bateau Lavoir, Picasso’s atelier and birthplace of Cubism, view the works of painter Salvador Dali at Espace Dali Montmartre, see the legendary cabaret Au Lapin Agile (22 rue des Saules), home of the avant-garde at the beginning of the XXth century. 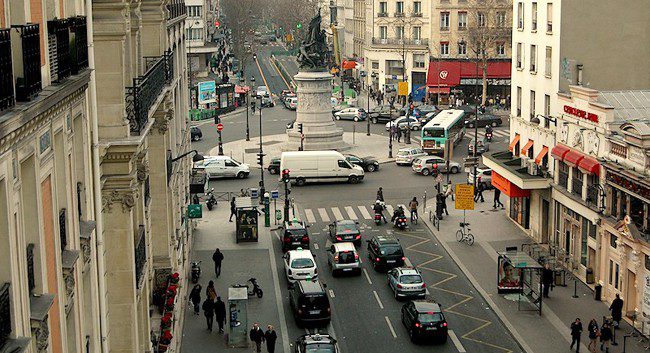 3.) Batignolles: more than a district, an art of living

If you wish to extend this arty atmosphere, something else you can do near Pigalle is head to the area of Batignolles, west of Place de Clichy. It was the headquarter of French poets such as Paul Verlaine, Stéphane Mallarmé and their cultivated company. Impressionist Manet and writer Zola were also regulars of the neighbourhood’s cafés.

Jump into the south of France at the Square des Batignolles where you’ll see locals playing pétanque, the outdoor bowling game. The area is colonised by Bobo bistros where you should have a drink on a terrace and live the authentic Parisian life. 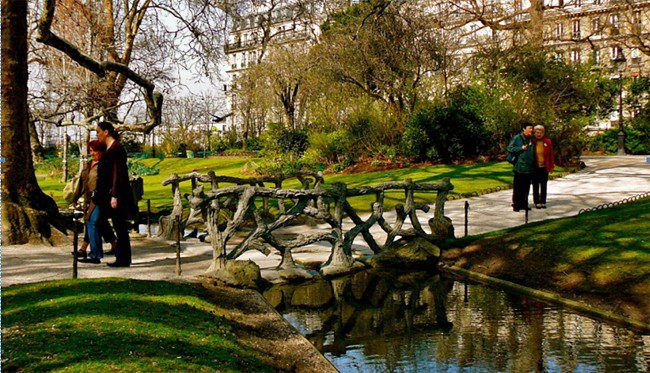 It was the place where the intellectual elite and foreign artistic avant-garde of the mid-XIXth century gathered under the patronage of Dutch painter Ary Scheffer. The courtyard café of the museum and its secret garden turns into a charming tearoom during summertime. South Pigalle, nicknamed SoPi by hipster youth, has turned into the latest trendsetting part of Paris.

The life and soul of the neighbourhood is rue des Martyrs where you’ll find regional specialties such as the rustic figatellu sausage from Corsica, as well as passion fruit macarons from master pâtissier Arnaud Delmontel. A paradise for foodies!

If you seek for cultural diversity, something you can do near Pigalle is dive into the Barbès area and La Goutte d’Or that are emblematic of Parisian cosmopolitanism. Surrounded by bourgeois mansions, Barbès is a melting-pot of Northern African, Caribbean and Asian communities, namely around Rue de la Charbonnière and Rue des Poissonniers.

Visit Barbès market open on Wednesday and Saturday morning between boulevard Rochechouart and boulevard de la Chappelle where you will find fresh fish, meat, as well as exotic spices as a testimony of the neighbourhood’s multicultural influences.

In la Goutte d’Or, walk on the traces of Zola’s character Nana from the novel l’Assommoir and see the remnants of the industrious Paris.