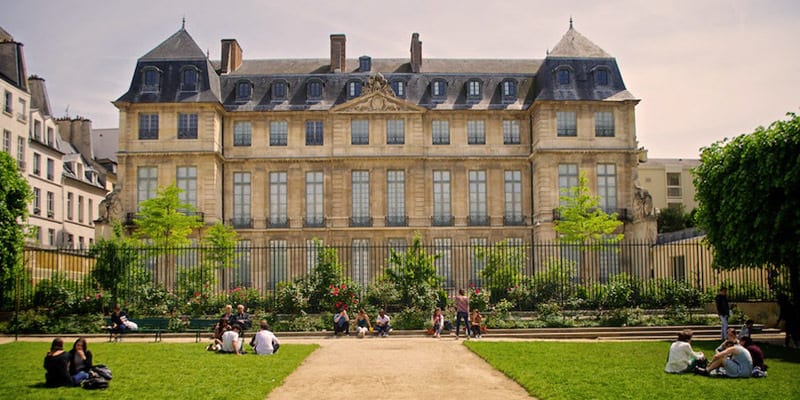 The Picasso Museum is located in a neighbourhood called Le Marais. Here is our list of things to do near the Paris Picasso Museum. 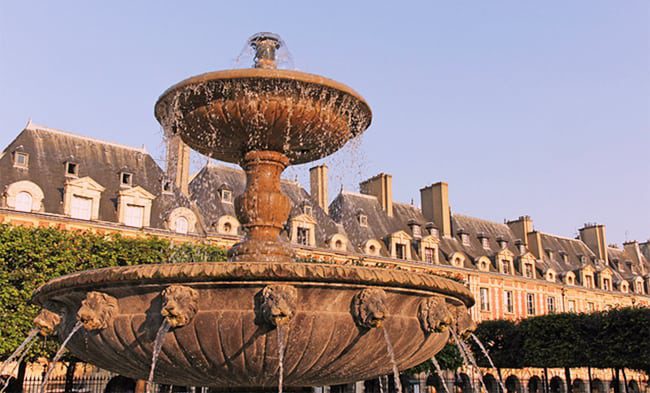 Walk in the ‘Marais’ 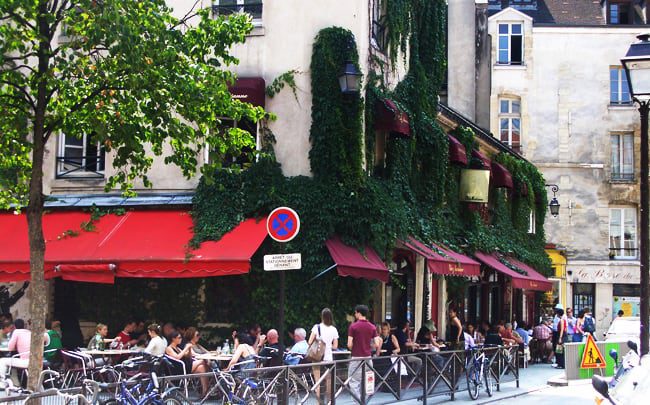 The first of the things to do near the Paris Picasso museum is to stroll in the surrounding neighbourhood, called the Marais. Located at the place of a former swamp, thus the name “marais”, this neighbourhood was once the place for Parisian elites until the eighteenth century. Don’t hesitate to stop for lunch or for a drink at one of the cafés.

Don’t miss the Place des Vosges, one of the oldest and most beautiful squares in Paris. You definitely want to include it in your list of things to do near the Picasso museum. Built in the early seventeenth century, it is surrounded by hôtels particuliers made out of bricks and stone, a characteristic of that time. The garden that occupies the centre of the square is particularly nice in the summer, as the shade of the trees and the fountains bring a refreshing touch to the area.

The house of Victor Hugo is located on the Place des Vosges. Visiting it is one of the things to do near the Picasso museum. You can see a Chinese living room, a medieval style dining room, and the bedroom where the famous French novelist died in 1885.

Go to the winter circus 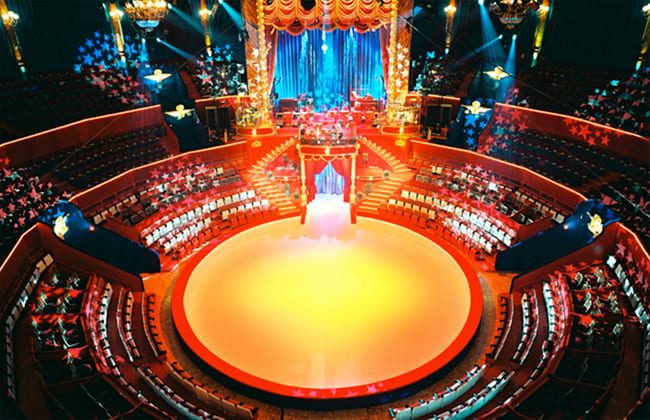 You might want to put the Winter Circus – ‘cirque d’hiver’ – on your list of things to do near the Picasso museum. The circus does not only perform in winter, but all year long. The building, that dates back from the nineteenth century, houses a museum dedicated to circus.

Relax in the ‘Square du Temple’ 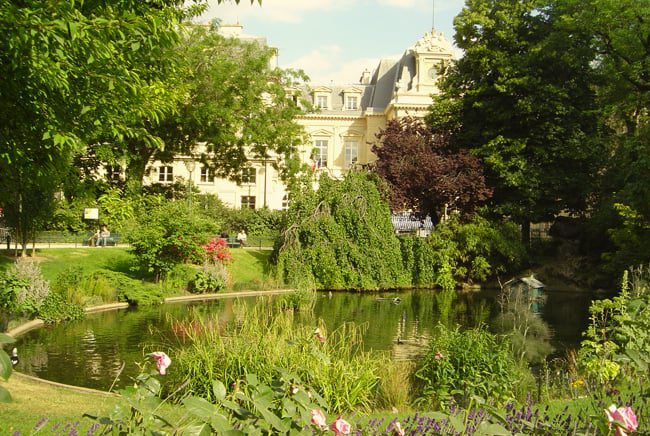 Stopping at the Square du Temple is one of the best things to do near the Picasso museum if you are tired and need a break. At this place used to stand in the Middle-Ages the Tower of the Templars, which later became a prison. The king Louis XVIth was imprisoned there during the French Revolution before being executed. It later became a place of pilgrimage for royalists, and was for this reason destroyed upon order of Emperor Napoleon 1st in 1808. Today the garden is a nice area to relax and take a break from the hustle and bustle of the city.

Visit the museum of National Archives 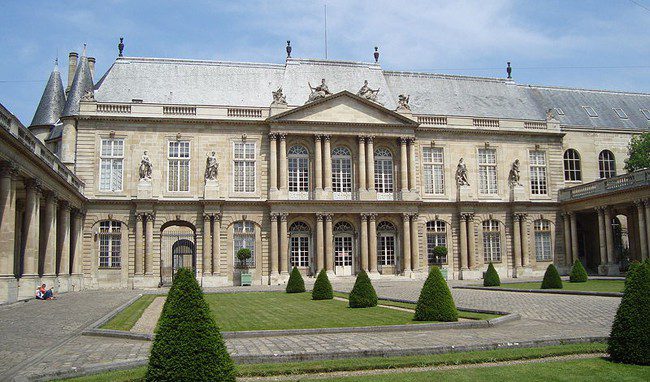 Visiting the Museum of the National Archives is also something you might consider putting among the things to do near the Picasso museum. The museum features important documents of French history, such as the foundation of the Sainte-Chapelle, Queen Marie-Antoinette’s last letter before she was executed during the French revolution, or the fifth Republic’s constitution. While some of the documents are originals, others are copies. There is also information given about archive conservation techniques from the Middle-Ages up until today. 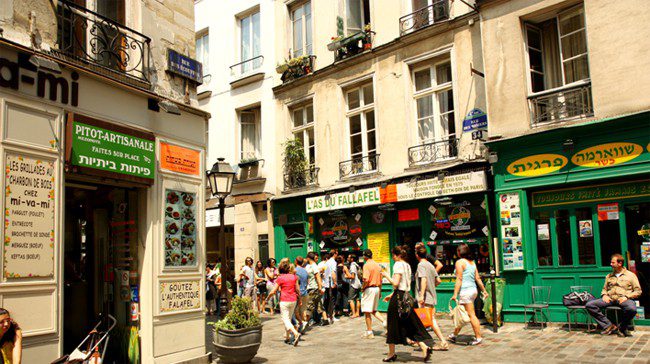 One of the things to do near the Picasso museum is to stroll at the Jewish quarter. It is located in the south of the Marais, and has been the Jewish neighbourhood of Paris since the thirteenth century. Many Jewish families arrived here in the late nineteenth century, fleeing from persecutions in Russia, Romania and in the Austro-Hungarian Empire. It has kept a very authentic character, and you can for instance sometimes see merchants selling their wares directly on the street. On Thursday and Friday mornings, you can buy Challah, which is a braided bread traditionally eaten during Sabbath.

Stop at the Holocaust memorial 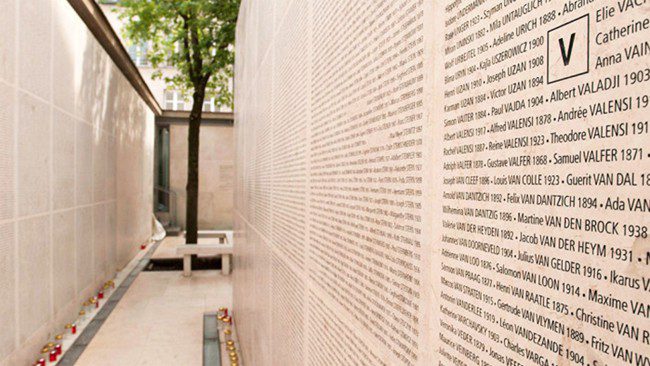 In the Jewish quarter, you will find a holocaust memorial open since 2005. The memorial features a museum, which is definitely one of the things to visit near the Picasso museum!

You now know some of the best things to do near the Paris Picasso museum! I hope you’ve enjoyed this article and that it has given you a few ideas! Don’t hesitate to contact us if you need further information about anything. At Discover Walks, our main purpose is to make sure you enjoy the city and all it has to offer in the best conditions. See you soon in Paris!