Things to do around Vendome square in Paris 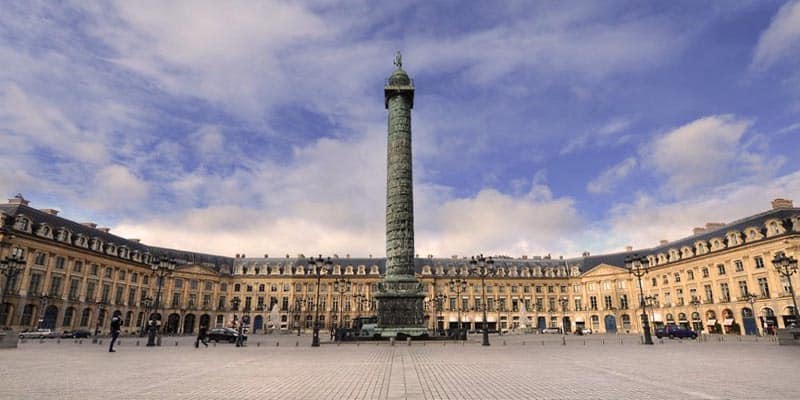 Read on to find out all the things to do around Vendome square in Paris. Vendome square really is a synonym for Paris luxury items. Besides this there are lots of hidden things and places on the square. Where the jewelers and other luxury brands enjoy showing-off, some interesting shops are a little more discrete, but worth finding them nonetheless.

Located in the center of Paris between the Rue de la Paix, the most expensive street of the city that gathers most of the jewelries and the Rue Castiglione with the best fragrance shops of Paris, the Vendome Square is the center of the Parisian luxury.

However, if you cannot miss the huge column of Napoleon in the center of the square, or the shops of famous French luxury brands such as Louis Vuitton, Dior or Chanel; there are some little things that you must not miss even if you may not see them at first look.

First look at the balconies of the buildings, you can see a golden sun with a face in the middle: it is the Sun King Louis XIV, staring at you. He is the man who built this square to gather all his ministries in Paris. The last remaining today is the ministry of Justice; all the other buildings were sold to jewelers.

Behind the scaffoldings: the Ritz

The Ritz is the most famous palace of Paris and among the most gorgeous and expensive hotels in the world. As such it is one of the main things to do around Vendome square. Hidden by scaffolding, it is under renovation until 2014 to catch up with the new norms in Hotel Industry. The luxurious hotel belongs to the wealthy Al Fayed family. You may know Dodi Al Fayed, who was Lady Diana’s lover. They were both enjoying a dinner at the Ritz before the terrible car accident happened. 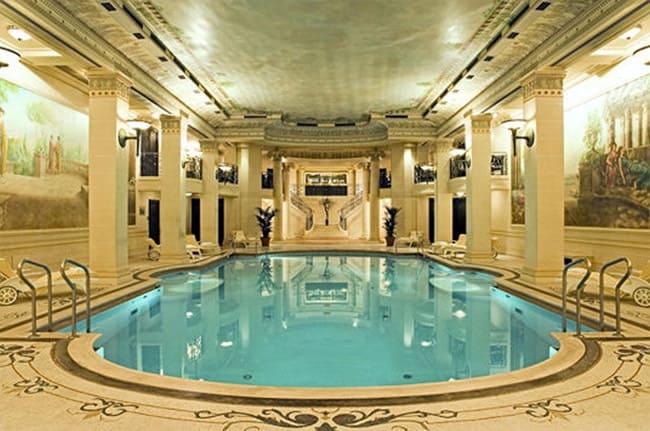 Other famous people used to live in the Ritz: Coco Chanel for instance (the creator of house Chanel) who has been living there for 30 years despite her flat in Rue Chambon, only 2 streets away. The best suite of the hotel (only 10,000 euros a night, book now!) is dedicated to her and is called “Room Coco Chanel”.

The bar of the hotel is also famous as the best bar in the world. For only 50 euros you can try one of their special cocktails! The name of the bar is the “Hemingway” to thank their best consumer ever… 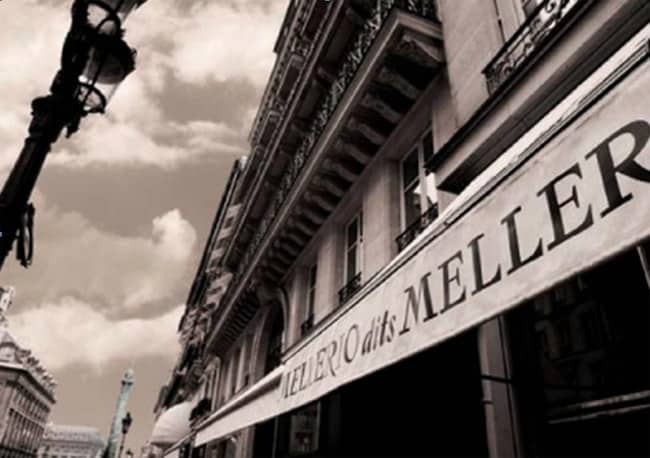 This is the oldest jeweler in the Rue de la Paix, founded in the XVIth century! The best award a football player can win is the Ballon d’Or (“Golden ball”), given once a year to the best player in the world. The trophy is a real golden ball, that is made in this very jewelry.

The little Swatch shop has a sign which reads “founded in 2000”, to make fun of the other brands founded in the XVIIIth century. There you can find special swatch collection “Place Vendome” that look a little more luxurious than the regular collection, and are thus more expensive. 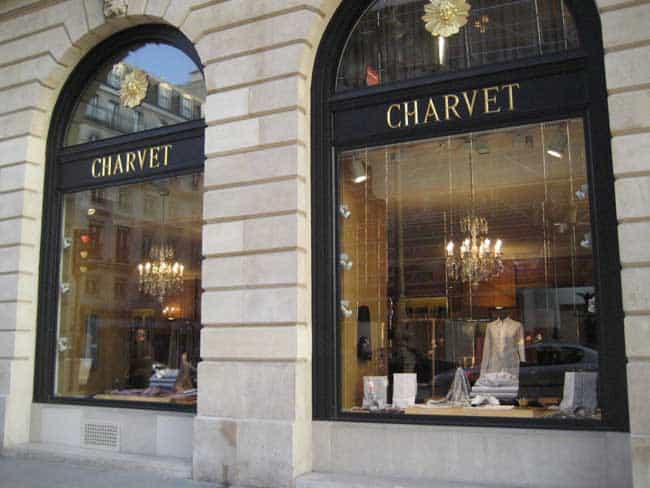 The Charvet shop sells ties all over the world and to very special people too: President Barack Obama only wears Charvet!

The Petit Vendome is a typical French restaurant in the Rue des Capucines that sells the best sandwiches in Paris. Only 6 euros for the day special: it is always excellent!

The Texas embassy isn’t usually considered one of the main things to do around Vendome square, but consider visiting it! It is hidden between the Vendome Square and the Rue Castaglione. Why would an American state have an embassy in Paris? Because after it won its independence against Mexico, it was first an independent state, before it was incorporated to the United States. Nowadays there is only a sign reminding us of the forgotten history. Have you ever tasted the macarons, these little round cakes Parisians are crazy about?

Le marquis de Ladurée is the second shop of Ladurée in Paris (the first one is in the Champs Elysées): there you can buy the best macarons in Paris with tens of different tastes that change every season. Will you dare trying a rose or yuzu (a Japanese fruit) macaron or will you prefer the classics chocolate or raspberry?

Now you know all about the things to do around Vendome square, or do you? Especially because it is a place which leaves such an impression the first time you visit it consider taking a walking tour that includes this beautiful square. It will be worth your while!