The Top Cafes in le Marais 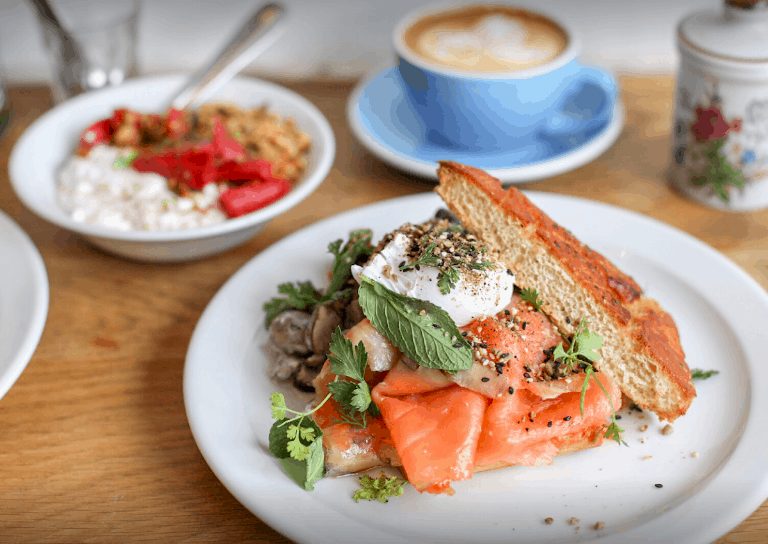 Neighbours in le Marais - by Neighbours - Uploaded by them

The Top Cafes in le Marais

In Paris, the best cafe culture tends to be found in the areas considered to be the hippest, or trendiest. Le Marais in Paris’ 4th arrondissement is thought to be one of the coolest villages in the world.

Travelers to Paris with only a few hours in the city make le Marais their number one neighborhood to visit. It is easy to get into from Charles de Gaulle airport and you can make your way around the streets by foot. 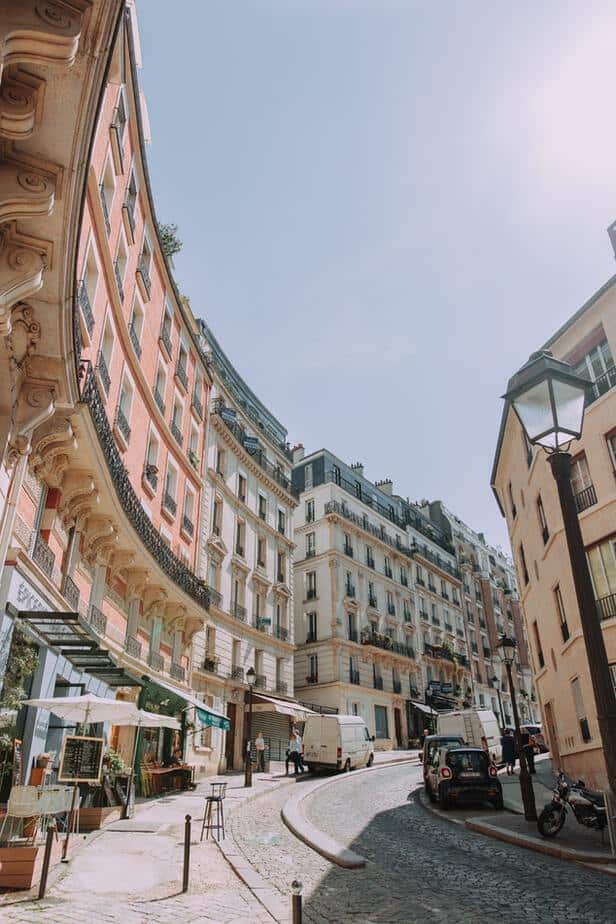 Because le Marais is so well loved, it draws in crowds from all different social scenes and this is reflected in the clientele found in the various cafes.

The vegans flock one way, while the freelancers flock another. Parisian influencers and creatives have made the Café de la Poste their hangout this side of the Seine. You’ll find it in the far north of the district, closer to Oberkampf than Marais central . 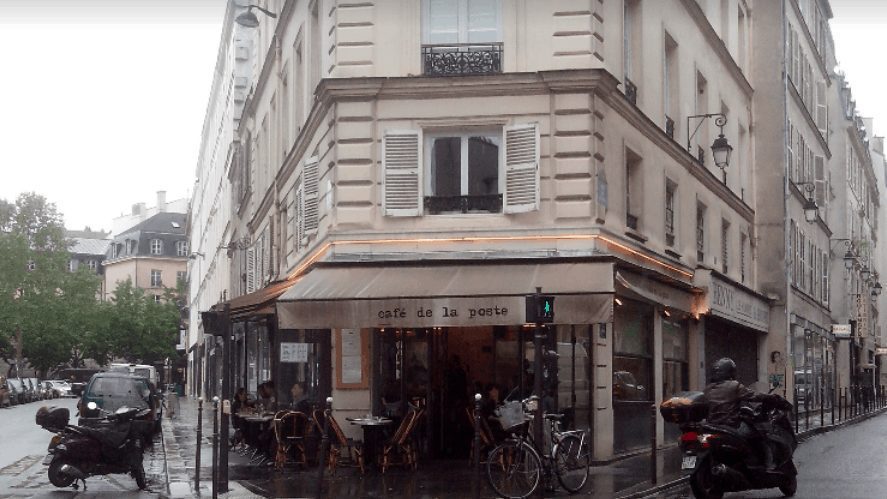 Perhaps the influential and the creative hang out here because they make no money and as far as cafes in le Marais go, this one is considerably inexpensive. Perhaps it’s also the fact that Café de la Poste is open the majority of the day, making it a place for every meal from breakfast through to late night dining.

They are known for their generous cheers and meat platter, and their good selection of wines (theres a €4 option on the menu). During dinner rush you may struggle to get a table.

The Broken Arm in le Marais

The cafe is part of a concept store where one can shop for the latest trends in minimalist fashion. This is a popular concept in cities like New York where fashion and cafe culture go hand in hand. Because of the concept, The Broken Arm is utterly chaotic during any Paris fashion week. 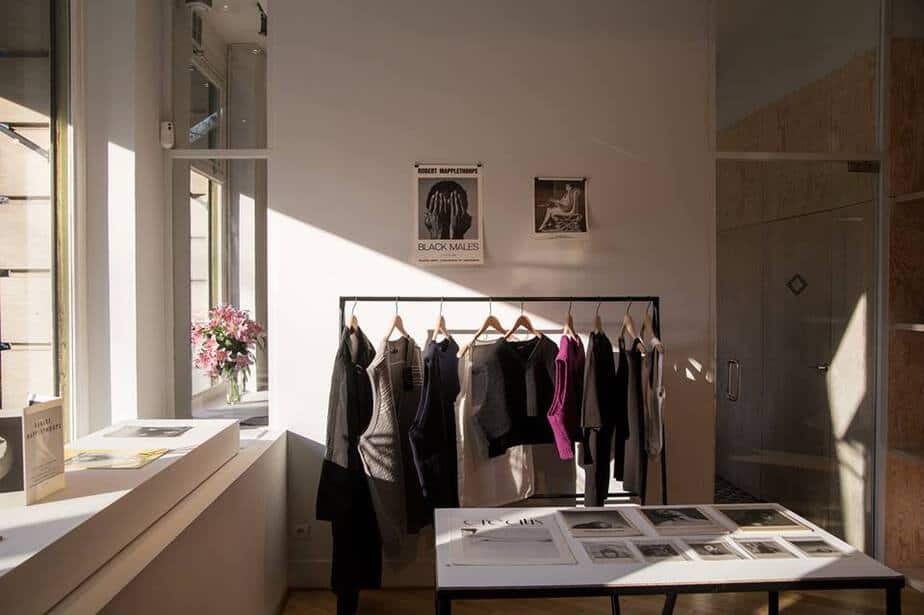 The Broken Arm are known for great coffee, light meals and a constant buzz within the restaurant. A range of cooking and lifestyle books are also up for sale in the retail section, in addition to the ranges of masculine and feminine clothing.

OPENING HOURS: Tuesday to Saturday: 11am to 7pm

Moving slightly further south in the district, the Boot Cafe is a fairly new cafe concept built into an old cobbler’s shop dating back to pre-Revolutionary times. As you can imagine, it is tiny!

The cafe specializes in coffees and lattes in flavors from around the world. The cafe section of the space prepares freshly baked treats and light meals to be enjoyed with your hot drink. 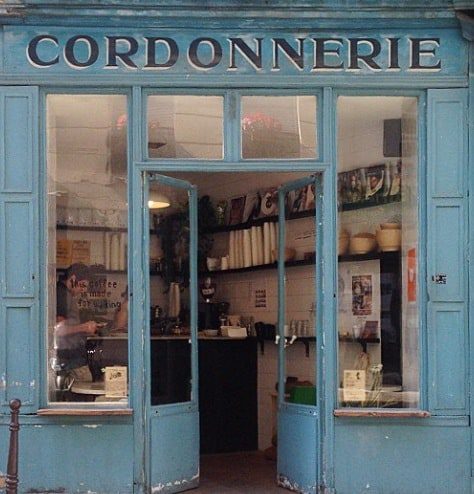 The outdoor seating is preferable to the indoor, solely because of how crowded it can get inside the tiny cobbler’s shop.

The cafe sits on the boarder where le Marais meets the Bastille. You’ll have the heart of both neighborhoods immediately to your left and right. Exploring both on foot is recommended; they are two of the hippest parts of Paris but so unique in their own ways. A free guided walking tour will ensure you see all the unmissable spots in a single afternoon.

OPENING HOURS: Monday to Sunday: 10am to 5pm

Honor Café is a well known, well loved cafe in the western part of Paris. Seeing demand for something similar in the east, the owners opened up Neighbours in le Marais.

From the street Neighbours appears to be nothing more than a small coffee shop where you might find a few cake options to eat if you’re lucky. In reality, this is a fully equipped cafe space with a full sized kitchen in operation from the basement. 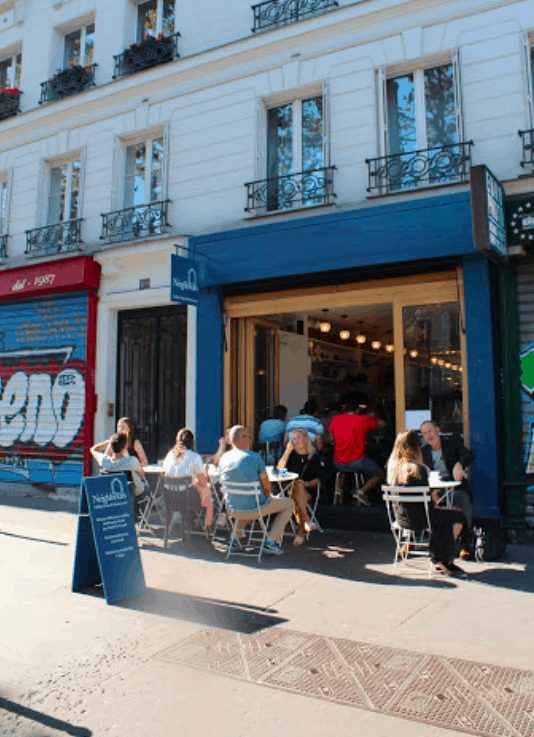 Neighbours in le Marais – by Neighbours – Uploaded by them

This is the place to be for brunch in the district. Be sure to get there before midday if you want to get a table.

They do fantastic egg based dishes, either with salmon or without, and a range of options for vegans and vegetarians as well. The portions are astounding compared to the usual played meals that encompass Parisian brunches! They are also one of the only cafes in Paris to serve coffee imported from Burundi.

OPENING HOURS: Thursday to Monday: 8:30am to 5pm

Book lovers listen up. Le Café Livres is the cafe of your absolute French dreams.

This cafe is closest to the Seine in le Marais. The space is a reading co-op and works on a take-one, leave-one trust based system. A cafe/library hybrid if you will.

At present there are estimated to be over 13,000 books housed within the cafe. Customers are welcome to take part in the exchange culture or simply pick a book to enjoy during their meal.

Sunday’s at Café Livres are the best time to visit. They do an event called a “three chapter brunch” where you’ll be treated to a first course of popular breakfast foods, a second course of lunch classics and a final course of desserts and sweet treats.

Request the terrace seating if you can, it looks over the Tour Saint Jacques.