The Small Talk Phrases You Need to Know in Paris 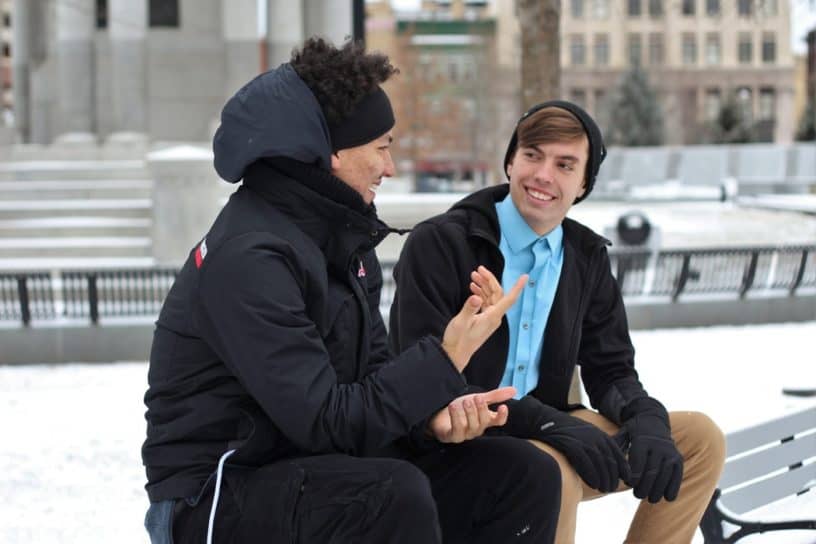 The Small Talk Phrases You Need to Know in Paris

Being able to properly express yourself is one of the surest ways to feel comfortable in unfamiliar surroundings. Before traveling somewhere new I like to familiarize myself with questions words and phrases that will come in handy at my destination.

For much of the tourist world, visiting Paris throws them into a melting pot of cultures all communicating in one single language. In spite of being one of the most romantic languages in the world, French is no breeze to master — especially if you struggle to do the accent. 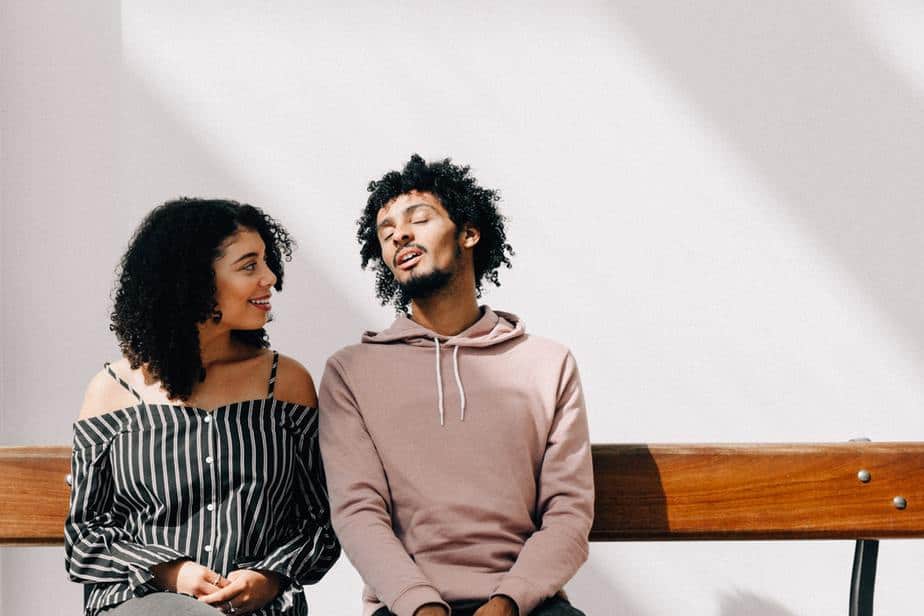 For this reason people too often resort to learning just individual words and hoping to get by. I can tell you from experience that learning entire phrases is the surest way to improving both your French communication skills and accent.

Small talk is the bane of our existence at the best of times; but when you’re in a foreign land, with people who don’t know a thing about your or you them, it can be a real life saver!

From the Bois de Vincennes in the east all the way to the Bois de Boulogne in the west — these French small talk phrases will get you in with the locals throughout the Parisian streets.

Talk About Yourself in French

Before diving head first into heavy small talk you’ll need to say a thing or two about yourself so that the person on the receiving end of your banter isn’t completely clueless.

“Je m’appelle _____” translates to ‘I call myself…’. Add your name afterward and you will have successfully introduced yourself to another human being, well done.

To let them know where you are from, and subtly explain the language barrier, you’ll say “Je viens de ____”. Add your place of origin afterwards; directly translating to ‘I am from…’. 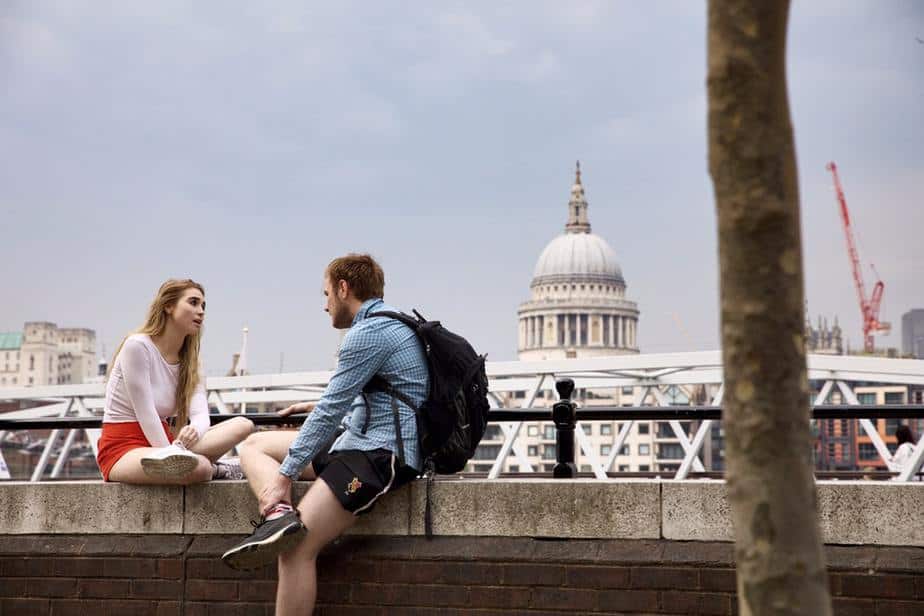 To continue to conversation you’ll then need to ask them their name in return. “Comment tu t’appelles?” translates to ‘what do you call yourself?’. Don’t forget to place emphasis on the end of the phrase so that the receiver is aware you are asking a question.

The best part about these few phrases is that they can be used almost anytime. Whether briefly with your waiter at a restaurant, or more strategically amongst the group in your free guided walking tour — you’ll be making friends in Paris in no time.

Talk About the Weather in French

Now that the formalities are out of the way, you’ll need to switch to some more targeted phrases to keep the conversation going.

All around the world the most classic and renowned small talk exists under the umbrella topic of the weather. Its not the most interesting of conversations to bestow upon another individual, but it does enforce common ground when communication isn’t so easy. 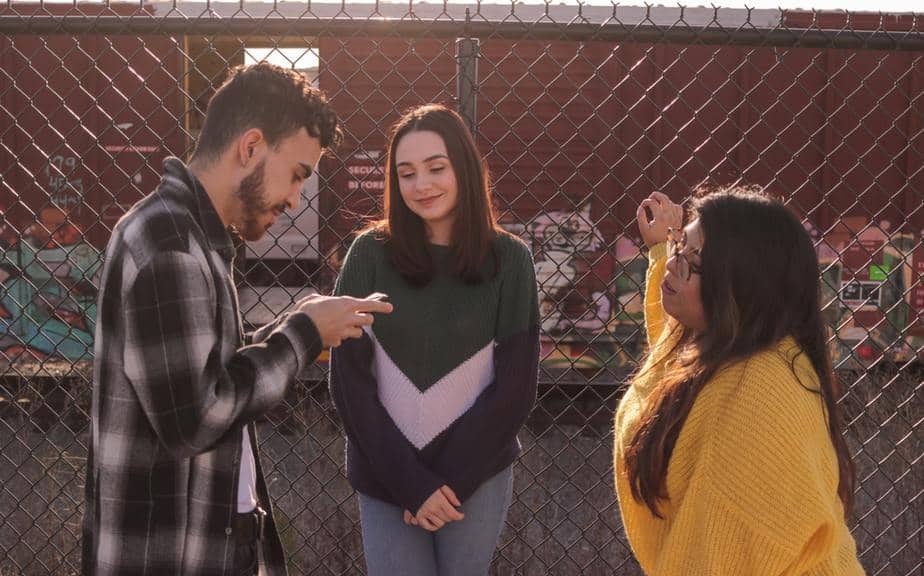 “Il fait bon” is how you would proclaim that it is currently pleasant outside.

To state the opposite, and comment on how bad the weather is, say “Il fait un temps de chien”.

In the winter time in Paris things get notably chilly. State this to your new friend by saying “Il fait froid” and take it a step further in predicting “Il va neiger” (It’s going to snow).

After stating the seemingly obvious you’ll need to take action in continuing the exchange further into the day. Ask your acquaintance if they’d like to join you at a cafe this evening by saying “On se fait un cafe ce soir?”. 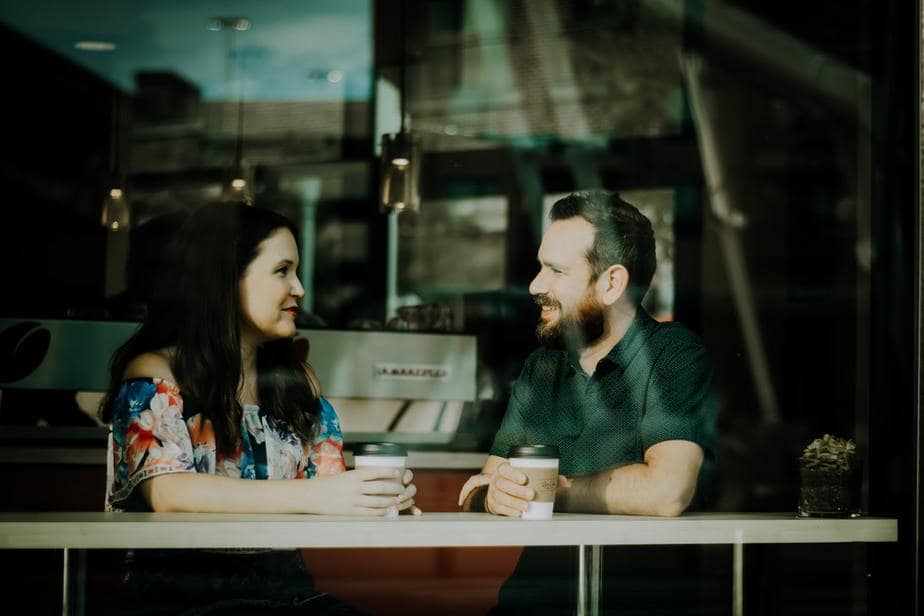 Talk About Your Hobbies in French

Talking about the things one enjoys most in life is the best form of smalltalk, even in French. It is also a great way to get to know your new companion a bit better.

Play them your favorite song and ask “Est-ce que tu connais cette chanson?”. This will give you a clear idea of their taste in music and whether or not the two of you have anything in common on the subject. 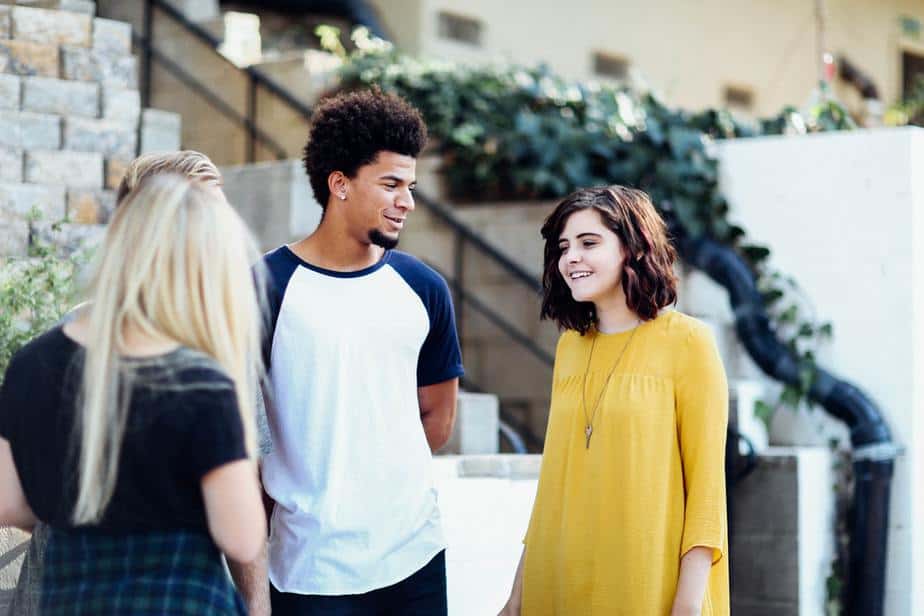 It is also a good idea to let your acquaintance know the things you happen to like and dislike. “J’aime la danse/ cuisine/ lire/ coudre…” directly translates to ‘I like dancing/ cooking/ reading/ sewing. The list goes on and you can insert your hobby of choice quite easily.

Talking film and cinema is another great branch from the usual boring small talk. “Est-ce que tu as vu le dernier film de… ?” translates to ‘have you seen the last ___ movie?’. From here you’ll be able to either discuss the film at length, or suggest going to watch it together should you both have not seen it.

Once you get the hang of the phrasing and question words, making small talk in French is the easiest thing in the world. Finding people to listen to your small talk is the hard part.

While in Paris, make a point of attending as many social spaces as you possibly can. Guided tours of parks and museums are great places to meet people .

The your free time stroll the banks of the Seine and sit amongst the many individuals who flock here to enjoy the sunshine and a good book. 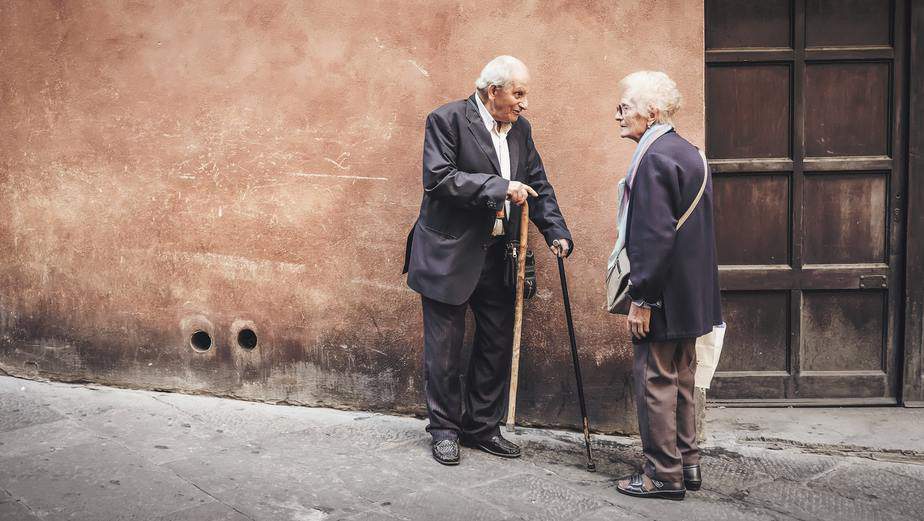 Chatting on the streets – by Cristina Gottardi – Unsplash

When you’re not doing this, spend time in cafes and bars. Le Marais is a particularly great area for socializing as the streets are always bustling with things to see and do. What’s more, you’ll mingle amongst both locals and tourists — theres a chance you’ll even be able to small talk in your own language from time to time!

Above everything, don’t be sacred of the language. Yes, the accent can be daunting; and not wanting to risk sounding ridiculous sometimes outweighs the desire to speak to people. But the best way to get comfortable with French is just to suck it up and do it.