The Infamous Jean Jaurès and his Assassination 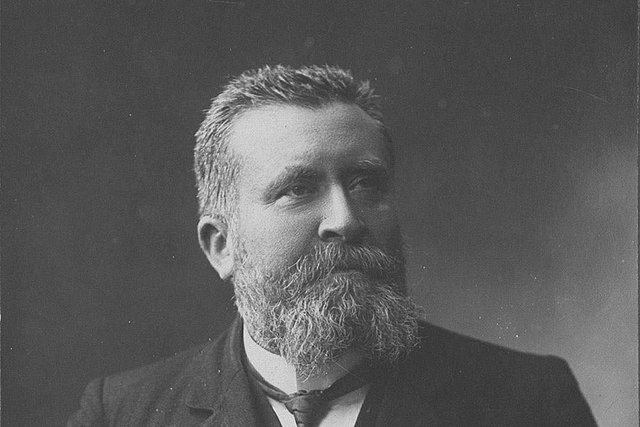 The Infamous Jean Jaurès and his Assassination

The first time I heard about Jean Jaurès was when I was curious why the metro station on the line 2 was called Jaurès. In Paris, if you have a metro station named after you, it surely means that you did something important for the French people! I did some digging, and found out that Jean Jaurès was a political leader in the early 20th century in France. 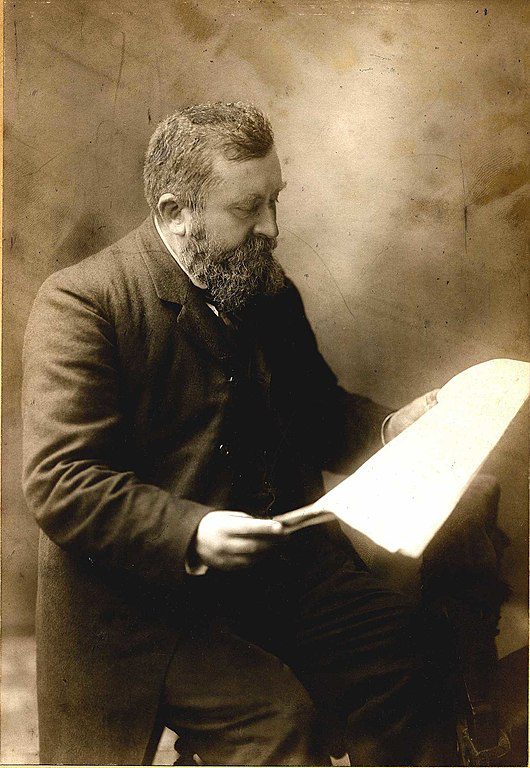 He is a central figure of the French Left, a French political party that merged the Radical and Radical-Socialist Party and the French Section of the Workers’ International (SFIO) parties together into one. Jaurès was the leader of the SFIO party, and so he played a major role in bringing the two parties together.

Jaurès was known for his non-violent and non-militarist values, and he lived an interesting life that left his mark on France. Keep reading to learn more about Jean Jaurès, and how he met his untimely demise by assassination.

Background on Left and Right Parties in France

Before we jump into the life of Jaurès, I think it is important to give you all a little bit of background information on how the Left and Right parties in France work. I know even after 5 years of living here, it has taken me forever to wrap my head around how French politics work! 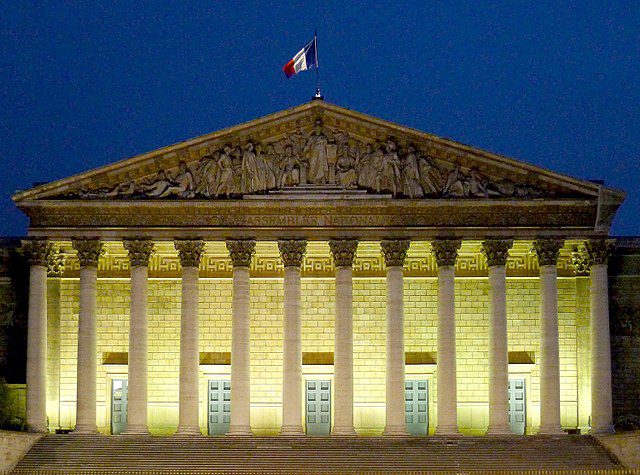 It’s pretty simple how the Left and Right parties emerged; it’s all based on where people were sitting in the National Assembly back in 1789 during the French Revolution! The more radical party, the Jacobins, sat on the left side of the assembly. Eventually, in the 18th century, the Left parties were those who supported the Revolution, and the Right parties supported the Monarchy.

To put things simple, the Left parties are considered to be more liberal, and the Right parties tend to be conservative. This concept is pretty consistent worldwide, and now you know where it stemmed from, particularly in France! 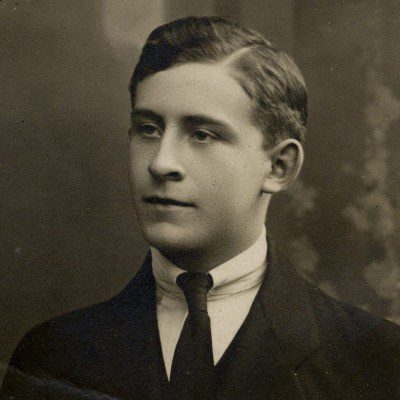 Jaurès was born into a modest farming community in 1859. He showed promise early on as he was a very good student, gaining admission to one of the École Superiors in France. Think of these schools as the Ivy Leagues in France! Jaurès studied philosophy. After passing exams to permit him to teach, Jaurès went on to become a professor at the University of Toulouse.

Jaurès spearheaded the creation of the medical department at the University, and he began working on two theses for his doctorate. As someone working on their thesis for my masters degree, it’s super impressive to me that Jaurès was able to do two!

Thanks to his work at the University of Toulouse, Jaurès quickly became an influential historian of the French Revolution. He undertook the task of research at the National Library in Paris, and wrote a theoretical marxist interpretation of the Revolution. As you can see, Jaurès was an extremely intelligent and well versed person.

Jaurès developed into a Socialist in the late 1880s. After hearing of a workers strike against their unfair employers tactics, he went on a campaign to support their cause. With his support, the workers gained what they were asking for, and as a result, Jaurès was elected as a socialist deputy in the department of Tarn on the National Assembly.

Jaurès was briefly removed from this position in 1898 when he failed to be reelected. This didn’t stop him from continuing to be involved in politics, though. He was an editor at the newspaper La Petite République, and was a major player along with author Émile Zola in defending Alfred Dreyfus during the famous Dreyfus Affair. This affair was just one instance where politics in France were very divided between the Left and Right parties. 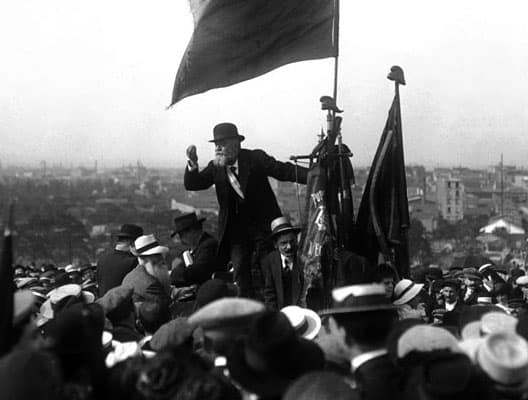 Jaurès was instrumental in the passing of a bill which separated church and state in France. He also created the socialist newspaper L’Humanité, which still exists today! During this time, Jaurès became heavily involved in different workers movements throughout France, including one that concerned employees at wineries across the Languedoc region. Jaurès worked to bring the workers together as a whole, rather than disputing against themselves. If this sounds like the beginnings of a union, it’s because it was!

Jaurès was known as an antimilitarist, who worked hard to prevent the First World War. He saw that war was brewing across Europe, and he urged French citizens to strike again the obligatory draft that the French government was beginning to impose. Unfortunately, despite Jaurès’ efforts, we all know that WWI happened. 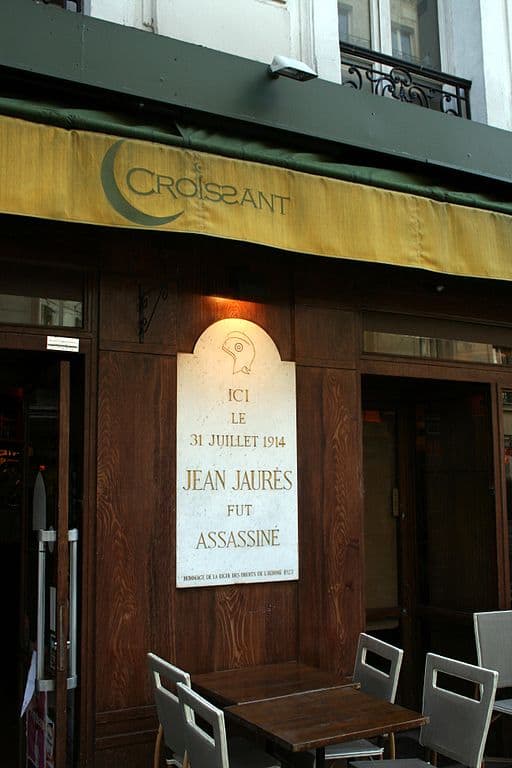 Café du Croissant, where Jean Jaurès was assassinated in 1914 by Remi Jouan – WikiCommons

Although Jaurès had many supporters of his non-violent policies, there were some that did not agree with him at all. It was one of these non supporters that assassinated Jaurès in Paris in 1914. Jaurès was scheduled to attend a conference where he hoped to persuade France and Germany to hold off on going to war. French nationalist Raoul Villain (his last name is fitting, as villain in French means evil!) approached Jaurès as he was eating at the Café du Croissant in the 2nd arrondissement and shot and killed him.

This came as a huge shock to France, and some say that because of the murder of this peace advocate, the country was brought closer to the inevitable war.

Jaurès’ legacy in Paris & throughout France 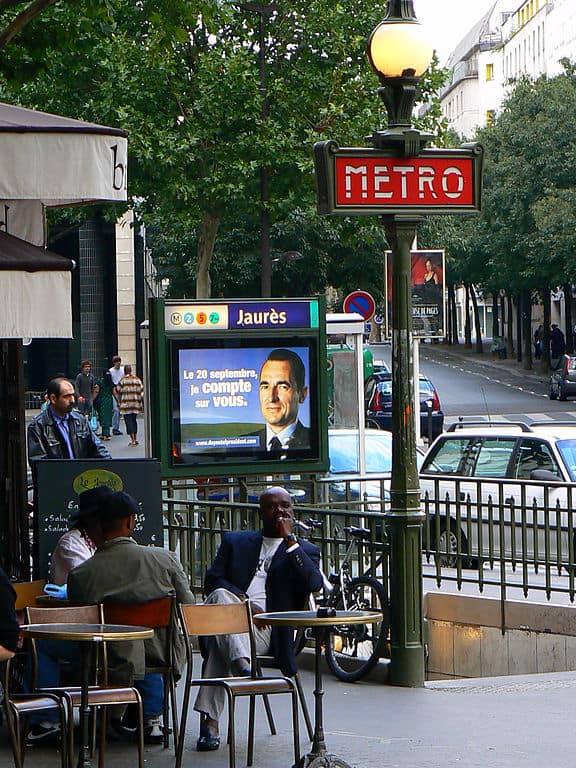 As mentioned, their is a metro station in Paris named after Jaurès. The station was designed by the art nouveau architect Hector Guimard. In addition to this, there are many other monuments and homages throughout Paris dedicated to him.

At the Café du Croissant, where Jaurès sadly lost his life, there is a plaque commemorating him that was erected in 1923. There are numerous streets and places throughout France, and across Europe that are named for him. There is a gymnasium in the 19th arrondissement that bears his name, situated on the avenue Jean-Jaurès.

In the city of Carmaux in the South of France, their is a massive statue in honor of the politician, and you’ll find others in Alfortville, Troyes, Montpellier and Suresnes. There are also countless cafés in Paris named for the avenue Jean-Jaurès, that bear his name. 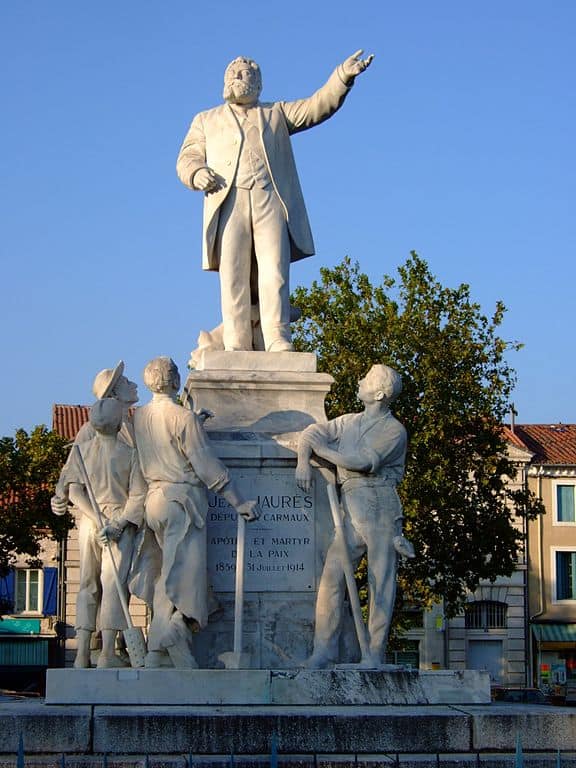 In addition to being a place of honor for Jaurès, the area surrounding the Jaurès metro station in Paris is definitely a place I recommend you check out. It’s located just next to the Bassin de la Villette, and is a great place to spend an afternoon.

Like most pacifists of our time, Jaurès met an unfortunate demise. It’s very sad, but there are many places in Paris and across France where you can go and pay homage to this great man.

I hope you learned more about this important historical figure, and are itching to learn more! If you’re interested in learning more with us, click here!