The Best Way to Exercise According to a Parisian

The Best Way to Exercise According to a Parisian

When I moved to France, one of the first things that crossed my mind when I was settling in was where and how I was going to work out. Going to the gym, whether to burn some calories or just relieve stress, or playing a sport had become such a major part of my daily routine that something always felt off about my day if I didn’t get a workout in.

I’ve done my research, though, and now I have a membership at a great gym that fulfills all of my fitness needs. Our gyms here in Paris are better than anywhere else! Anyway, here are 5 ways you can exercise like a Parisian to maintain that healthy lifestyle of yours. All those baguettes and croissants add up fast! 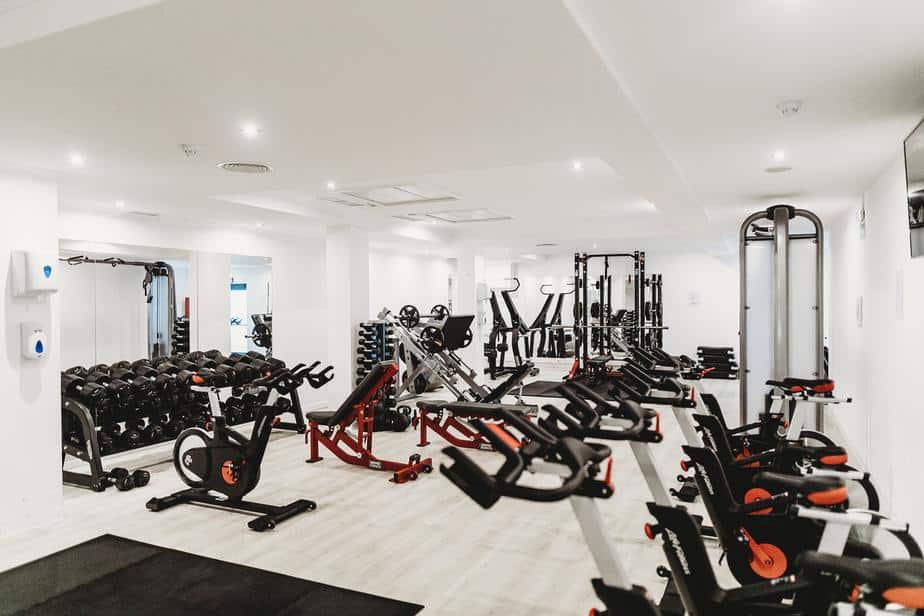 You can always do what I did and join a gym. Depending on how much you can and want to pay per month, there are a ton of options. You can usually get a membership for a select number of months and pay up front, or get a membership sans engagement and pay monthly. I just recently became a member at Fitness Park and I’m loving it so far.

It costs 49€ to join and then it’s 29.99€ per month, which is worth it in my opinion. There’s also CMG Sports Club, Liberty Gym, Neoness, and Urban Sports Club. The list goes on. From free weights to spin classes, you can expect to find everything you’d find in an American gym and more.

If you can afford it, try the luxury gym L’Usine or La Salle De Sport Reebok at Madeleine. I would go there in a heartbeat but 150€ per month is a little (a lot) over my budget. 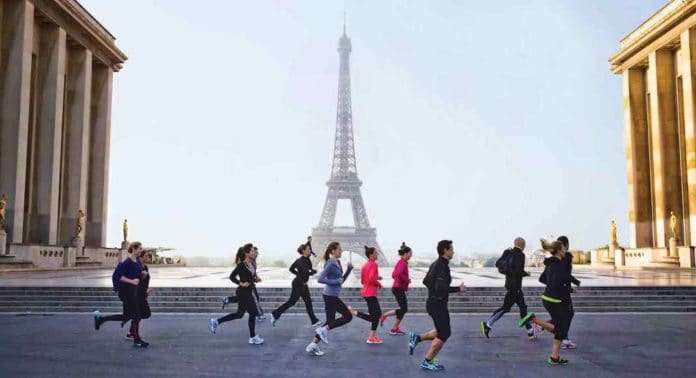 No excuses! When it comes down to it, you don’t always need a gym and equipment to exercise. All you need is your body! And what better place is there to go for a run than Paris? Jogging along the banks of the Seine is the nicest, most picturesque run you’ll ever go on.

There are also several parks you could run in such as le Jardin du Luxembourg, le Jardin des Plantes, le Jardin des Tuileries, and le Champ de Mars. Le Parc des Buttes Chaumont in the 19th arrondissement is also a great spot. You can make your own route to see all of the significant landmarks around Paris. This is such a simple yet often overlooked way to exercise. Just get out and move! 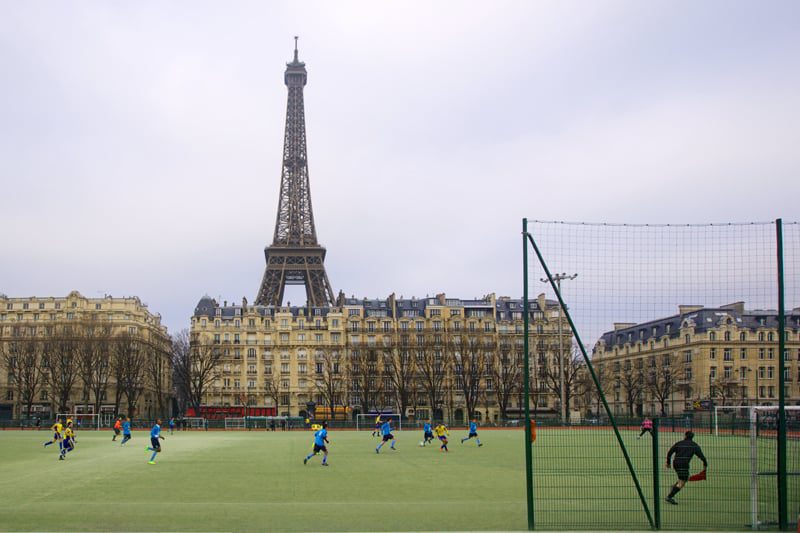 Football is more than a sport here in Europe, and I’ve come to learn that a lot of Parisians eat, sleep, and breathe Paris Saint-Germain football. I’m hoping they make a run in the Champions League this season! Anyway, there are a bunch of public stadiums around the city where people go to train or join pick up games all the time.

When I was studying abroad and living in the 15th arrondissement, I had a friend who just showed up to a pitch near the Eiffel Tower on a Saturday morning and joined a pick up game. Most of the time, they’re always looking for extra bodies. You can never have enough players for a pick up game. So if you’re competitive and looking for an alternative to the gym, go find a field and kick a ball around! This can also be a great way to meet new people.

Walk or ride a bike to work 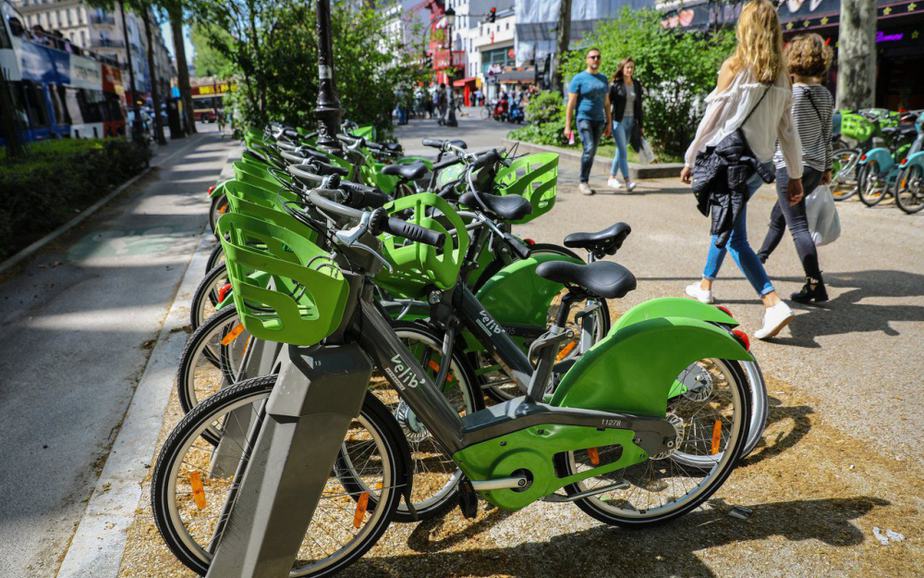 Another smart way to keep moving and exercise like a Parisian is by walking or riding a bike to work or class. In reality, a lot of metro stops in Paris are within walking distance of each other and it’s often easier and quicker to walk to your destination.

I’ve been late because of delays on the metro a number of times… And if you’re someone who really hates the rush hour commute like I do, avoid it by walking! Get some steady state cardio in and see more of this breathtaking city.

Fresh air can really clear the mind and relieve stress sometimes too. There are so many little things you can do to keep moving. For example, a lot of apartments in Paris are old and don’t have elevators; the French are sometimes forced to take dozens of flights of stairs to get to their place! This may sound daunting and annoying, but it’s an easy way to burn some extra calories every day. So next time you have the option of taking the elevator or stairs, take the stairs!

You can also rent a bike if you don’t have enough time to walk somewhere. Vélib’ is a self-service electric bike system that is an attempt to make traveling across the city easier and more eco-friendly than taxis and Ubers. Subscribe to a plan and get riding now! There are stations everywhere.

Finally, we all know that nutrition is an important part of a healthy lifestyle. So while you’re exercising like a Parisian, eat like one too. Paying attention to nutrition is key! Go buy fresh fruits and vegetables from your local market. And try to keep your portions on the smaller side. I’m sure you’ve heard the saying that Americans eat to live while the French live to eat.

Eat slower and enjoy every last bite. The French can cook, so savour your meal. Fuel your body with fresh, organic, and nutritious food and you’ll get more out of your workouts too.

So there you have it, 5 easy things you can do to exercise (and eat) like a Parisian. Making fitness and nutrition a priority in your life will make you a healthier and happier person. If you don’t believe me, just look up the benefits. The list is endless.

Plus, like I said at the beginning of this article, it helps to burn a few extra calories here and there when you’re enjoying a fresh baguette and pain au chocolat from your local bakery every morning. I hope these ideas helped, and as my host dad used to say when I was on my way to the gym, bon sport!