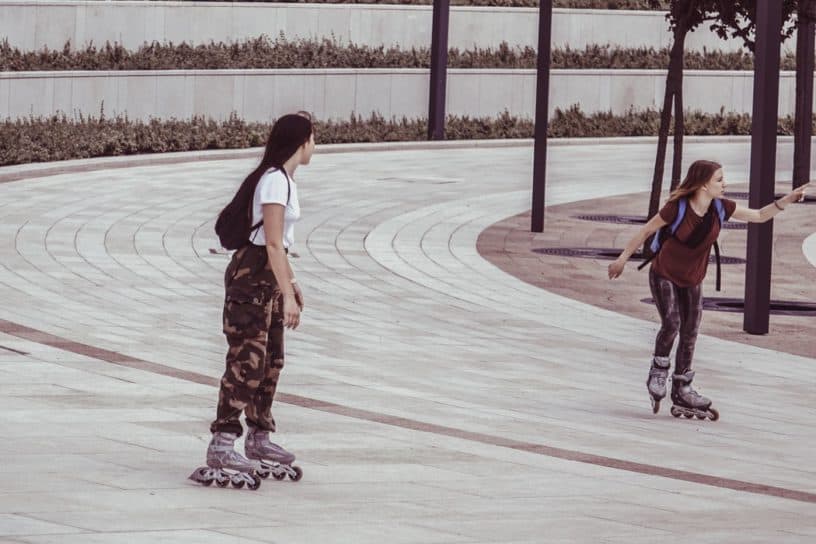 When I first moved to Paris one of the first things I was pleasantly surprised by was the abundance of outdoor activities available for enjoyment.

Paris does well to bridge the divide between needing to be indoors in cold weather and venturing outdoors when it’s warm. Much of the cities infrastructure is what makes this merge possible.

The skating scene is a prevalent one in Paris; both in the city centre and the surrounding arrondissements. From BMX biking to scooters, boarding to roller skating — a typical weekend in Paris sees the city alive with people of all ages enjoying these high rush activities. 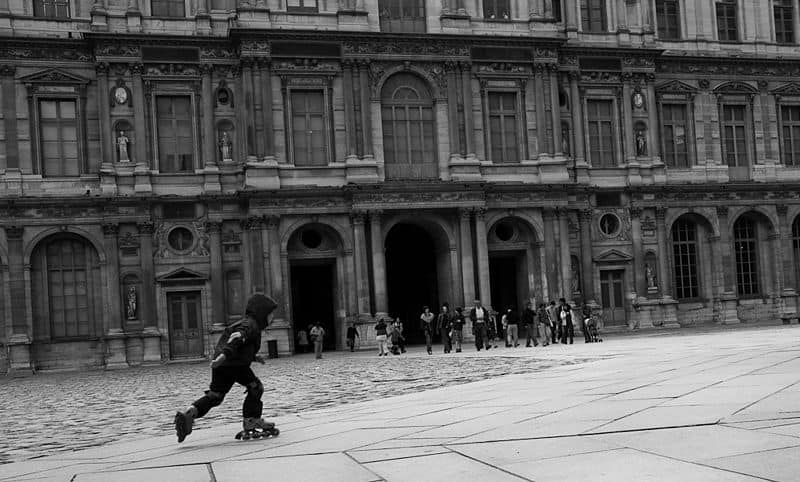 Roller skating as a sport requires a slightly different terrain to the afore mentioned ones. A smoother, less windy surface is preferable as some roller skaters aren’t always able to navigate over the same rocky pathways that say a scooter might.

If you know where to look, finding places to roller skate in Paris is quite easy. There’s probably one within walking distance to you right now.

Here’s where you can enjoy this fun past time free of the dangers of cars and road rules.

The park of Boulogne is situated on the western edge of Paris over in the 16th arrondissement. Getting here can be a bit of a task, but making the trip with intent to spend a full day in the space is well worth it.

The park makes up one half of “the lungs of Paris” with the park of Vincennes on the east side making up the other.

The north end of the Boulogne park features a four kilometer long pathway with a desirable smooth, concrete finish. It’s perfect for roller skating or blading so long as the weather is dry. You don’t want to be caught on this path in or after rainfall as it becomes very slippery and dangerous. 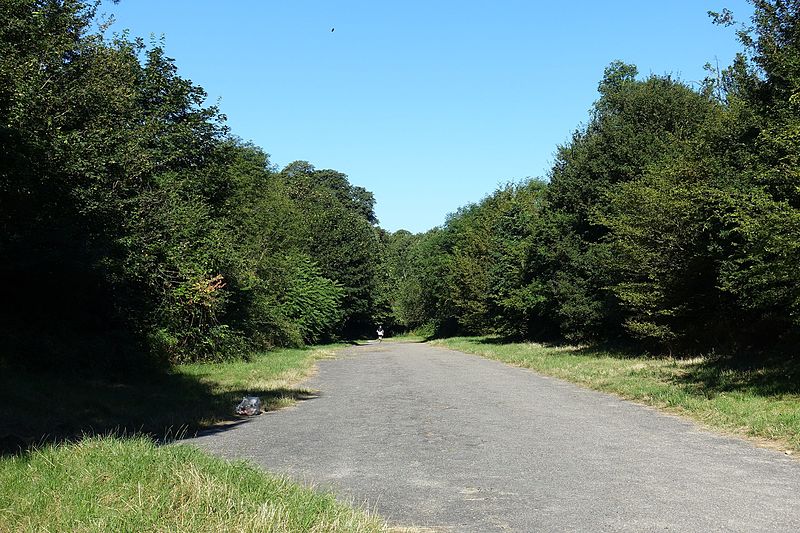 For the most part, this pathway is free of pedestrians and you should be able to skate in peace. The park of Boulogne is simply so big that finding secluded routes is not uncommon.

The Bois de Boulogne is the largest park in all of Paris; it even has a waterfall!

Since you’ve come to the 16th for the day consider employing the services of a guided walking tour to see some of the other attractions that this neighborhood has to offer; such as the Monet museum nearby.

Staying in the vicinity of the 16th we come to another very indicative zone in terms of Parisian infrastructure.

With the Eiffel Tower looming in the near background, the Trocadéro Gardens boast almost 10 hectares of open space in which to enjoy the great Parisian outdoors.

The gardens dates back to 1878 when Paris underwent some renovations to expand it on a global level. 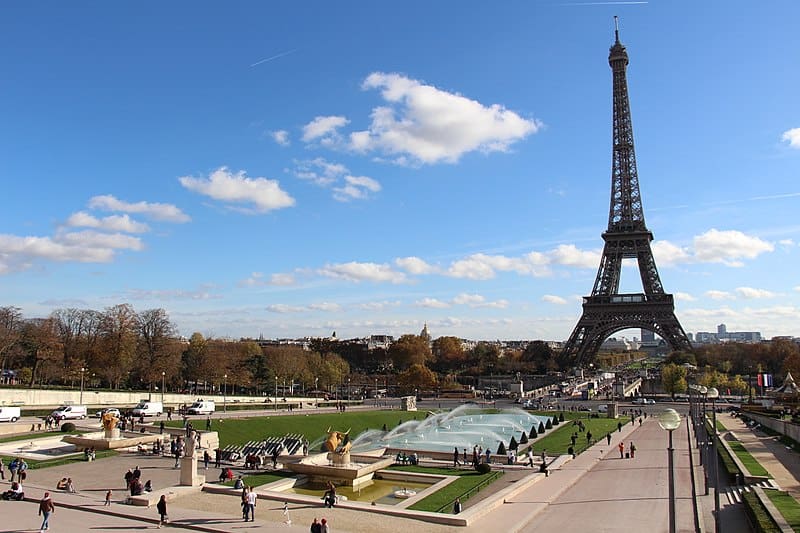 If you’re unsure as to where we are in relation to the tower, the Trocadéro Gardens is directly opposite the Champ de Mars with the Eiffel Tower standing directly in between the two. From these gardens, you’ll observe the tower from the back side.

The outskirts of the Trocadéro Gardens are made up of smooth concrete boulevards that skaters enjoy looping around. In the center of the square are extensive grass patches where visitors lounge in the sun by day.

The spring and summer seasons see this part of Paris in high demand, so don’t come here expecting a clear route at the best of times.

Nevertheless, the Trocadéro Gardens are big and wide enough for all skaters to find a pathway to claim as their own for an hour or two. Try your luck at winding between the array of statues featured in the space!

Paris’ version of the Chelsea High Line in NYC is the Promenade Plantée found in the 12th arrondissement.

The Promenade Plantée is an urban garden built over head on an abandoned railway line that runs for 5km through the district.

When on the ground you might not even realize that this structure is looming above head. It is easy to mistake it as just another bridge or tunnel system. 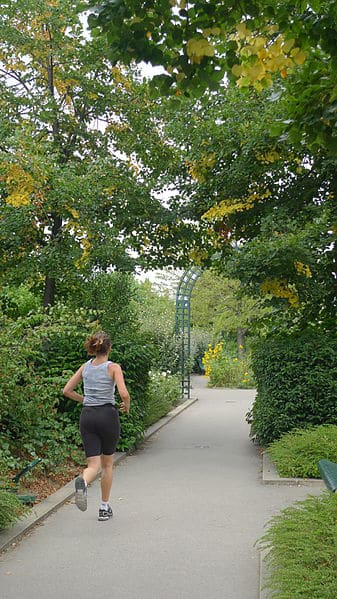 In truth, the Promenade Plantée is covered in plant life that blossoms most of the year. It’s a beautiful and romantic place to take a stroll & it boasts some of the best views of Paris from all angles .

Recently, the Promenade Plantée has seen a growth in popularity amongst joggers and skaters alike. The route is considerably smooth, and the lack of car presence makes it a great spot to ride or run along without the dangers that the streets bring.

You can do this skyline route all the way through to the Bastille and then catch the metro home from there.

Something different to the usual solo skate, Rollers & Coquillages is a group that arranges two weekly free skate meet-ups around the Paris city.

Every Friday and Sunday roller skaters of all levels are invited to join the group for a skate of approximately 17 to 23km long.

If you’re interested in the Sunday skate, meet at the Place de la Bastille at 2:30pm. Lookout for the group of skaters — you can’t miss them! 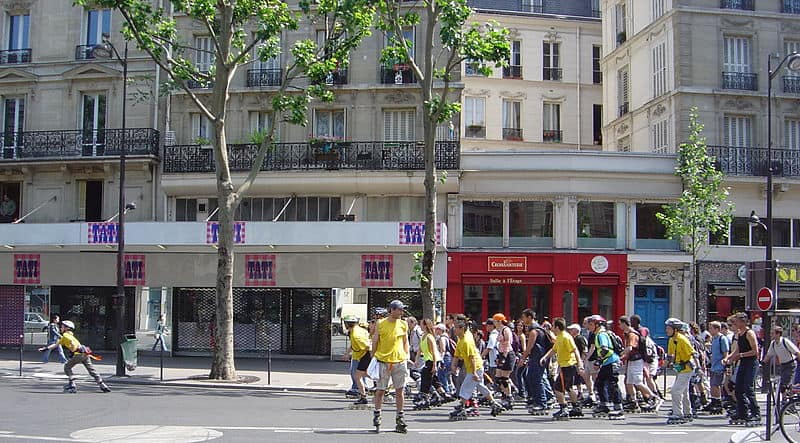 If you’d prefer the Friday night excursion then meet at the Place Raoul Dautry at 10pm.

Both are tons of fun and both the organizers and participants are friendly & welcoming. The night skate is the most incredible way to enjoy the streets of Paris at their most quiet.

These are two great ways that the city of Paris is keeping this very 90s based sport alive as much as possible. 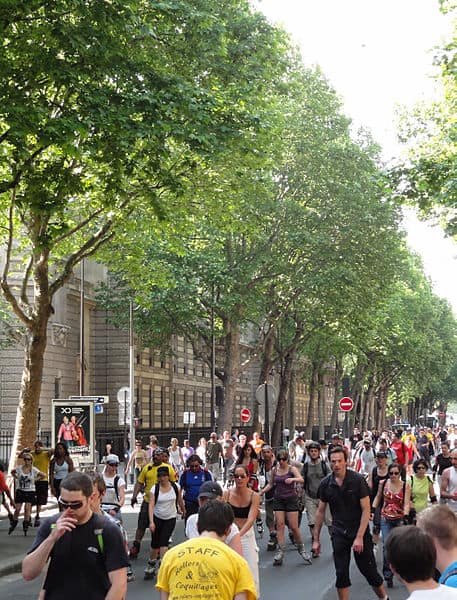 Roller skating in Paris is alive and well, with the facilities (and facilitators) to support the art.

If you’re just visiting Paris but would like to get involved in the sport while in town; you can pickup a pair of inexpensive, second hand skates from most of the vintage stores around the city!