The Best Picnic Spots in Lisbon 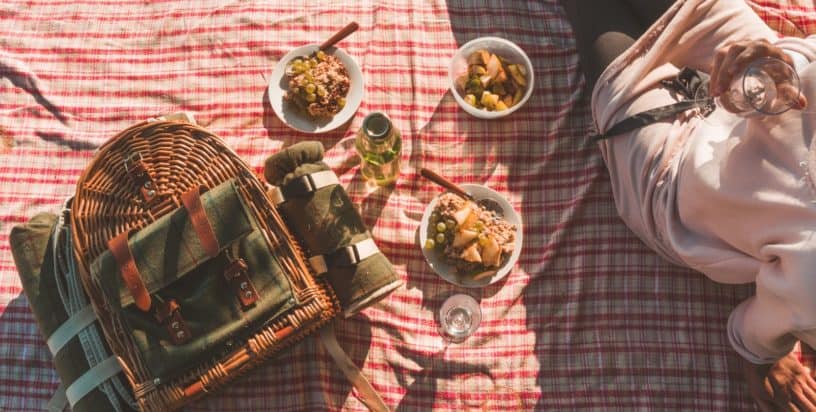 The Best Picnic Spots in Lisbon

If there’s one way to experience Lisbon like the locals it’s to venture into the outdoors.

Picnicking is one of the most popular pastimes all over Europe. From the beaches to the banks of the rivers you’ll see couples, families and the occasional solo picnicker lazing about under the Portuguese sun.

Lisbon is bigger than it seems, and figuring out where to go to to spend the better part of the day can be overwhelming. 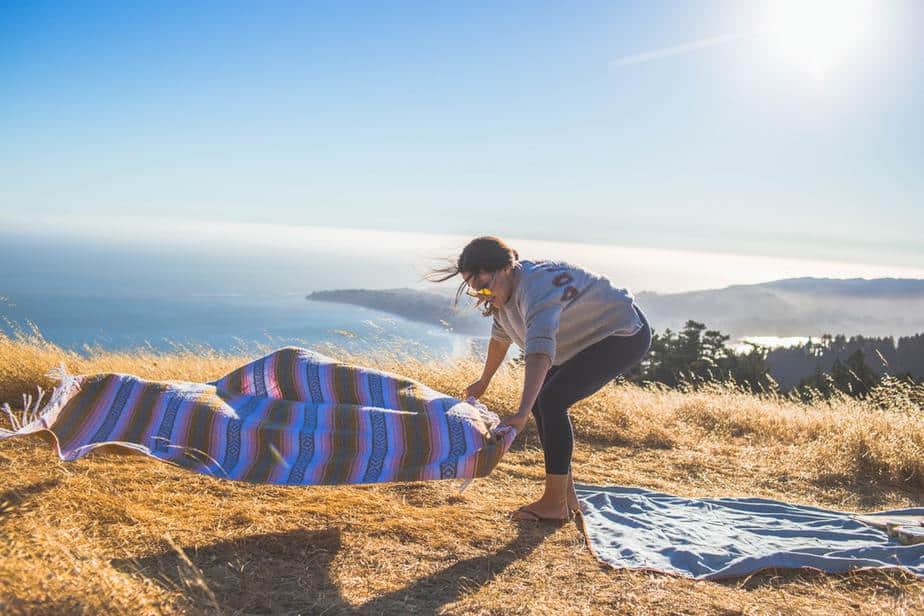 You could head north, deep into the Tagus where the land meets the Vasco da Gama Bridge; there are ample beach front spots that make for a great day out.

Heading south, more toward the oceans, enjoy the picnic bluffs that grow to form part of the land and shorelines. This is where Lisbon is at its greenest and you can stop spontaneously at any point to set up camp.

Maybe a shorter list for me to tell you where not to picnic in Lisbon! In any case, pack your chorizo and pastel de natas, a blanket to sit on and enough to drink — we’re headed to the best picnic spots in Lisbon.

The tropical botanical garden on Lisbon is my favorite place to picnic. The free-roaming bird life is a lot of the reason why. Enjoying time on the grass while peacocks and herons wander past is quite something.

The gardens are located in Belem; a southwestern point of Lisbon known for breathtaking scenery and free guided walking tours. 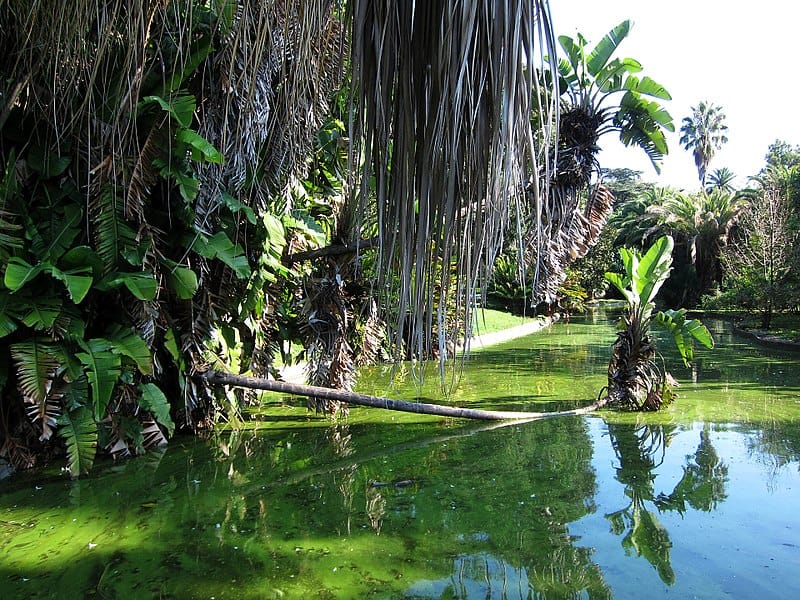 The park was originally used as a research base for agronomy and veterinary students due to the diversity in the plant life on the land. Over time the city saw potential for the space to be made into a more public attraction and so saw the founding of the gardens in the 20th century.

The vintage greenhouses also on the park land are not to be missed. Explore these then settle down with your picnic on the nearby grass. Occasionally there will even be a wedding photoshoot in the distance to enjoy while lazing.

In the southwest is another great picnic spot in Lisbon. You’ll find the Park of Necessidades just next to the Dos Prazeres Cemetery — also an interesting place for a picnic if you’re open to it!

The Park of Necessidades was one of the forgotten parks of Portugal. It has only reentered as one of the hip places to be in terms of Lisbon attractions quite recently. 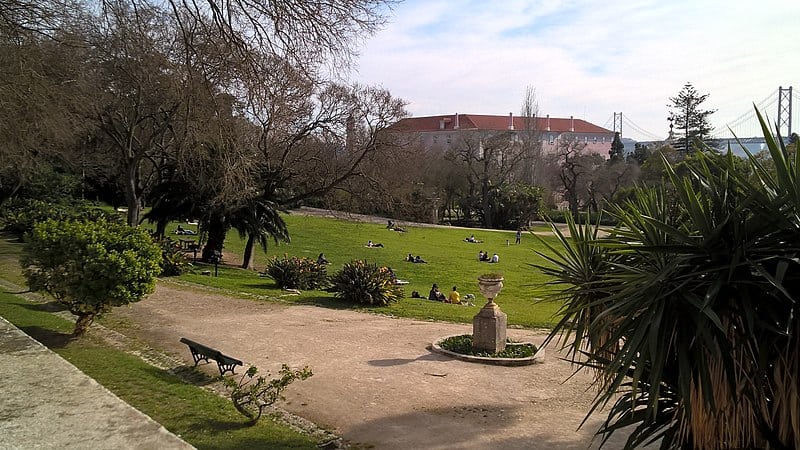 During your picnic, take some time to wander around the park grounds and see all the ruins still there. There was once even an old zoo ground solely for the Portuguese royals to enjoy.

The best part of the Necessidades park, in my opinion, is the cactus garden. Many of the cacti are taller than the visitors who stand and observe them! The ground here isn’t great to picnic on, head to the grass covered areas instead!

This patch of public land dates back to 1842. The garden is laid out right across from the Basílica da Estrela making it the perfect place to picnic after some sight seeing .

What really draws people to this park is the swan lake that is crowned by a signature cafe. If you’ve forgotten to bring snacks but have a sudden urge to picnic then the cafe will cater for you as best they can. 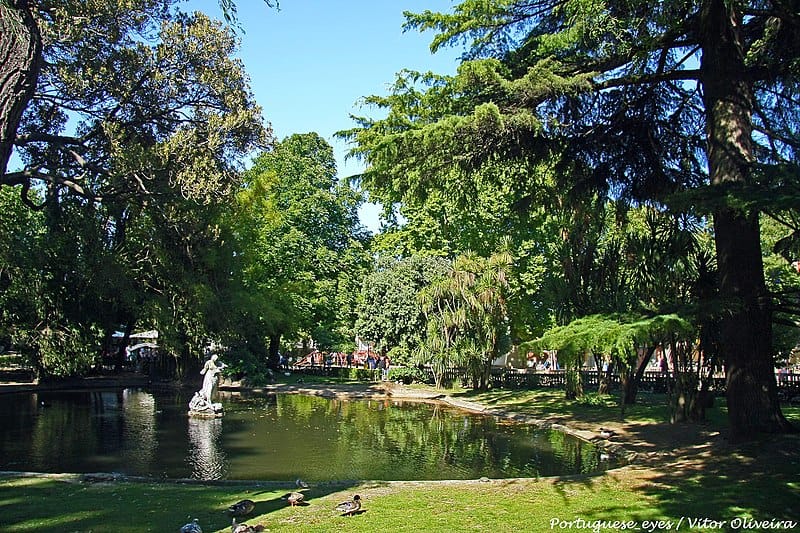 The very north of the park is topped with the state of Pedro Álvares Cabral. The tree life in this part of the park is outstanding; you lose all sense of being in a big city.

The statue itself rests on paved grounds but there is grass a short walk directly south should you decide to make this your stopping point.

Beach picnicking isn’t everyone’s cup of tea, but when you’re in Lisbon and the sun is out it’s hard to argue against it!

Algés Beach in the far south of the city is one of the better picnicking beaches in Lisbon. There is rarely wind down here, so sandy sandwiches won’t be an issue! The surface area of the actual beach is also vast enough to ensure you have some level of privacy for your picnic if you walk far enough. 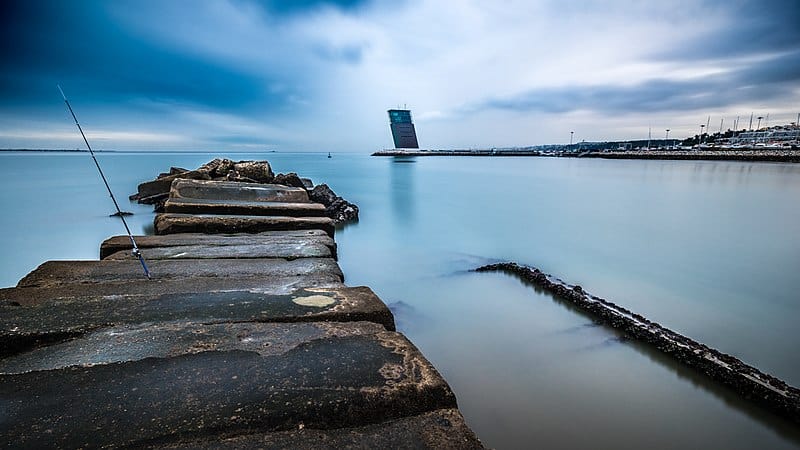 As you leave Algés and head back toward the Alfama you’ll pass through the museum district of Lisbon. All along the beach road there are museums to stop and enjoy; the MAAT, the Museu Coleção Berardo and the Popular Art Museum to name a few.

Continue on through Belem and you’ll soon be back in the Lisbon city center.

Our last picnic spot is the greenest and lushest of them all! The Gulbenkian Park is one of the newer public attractions in Lisbon; it was only founded in 1969.

The park is actually the garden of the Calouste Gulbenkian museum that is situated on the grounds. The grass, trees and plant life that inhabits this space is easily comparable to a labyrinth of nature — the perfect place to go for a walk, and even better to settle for a picnic. 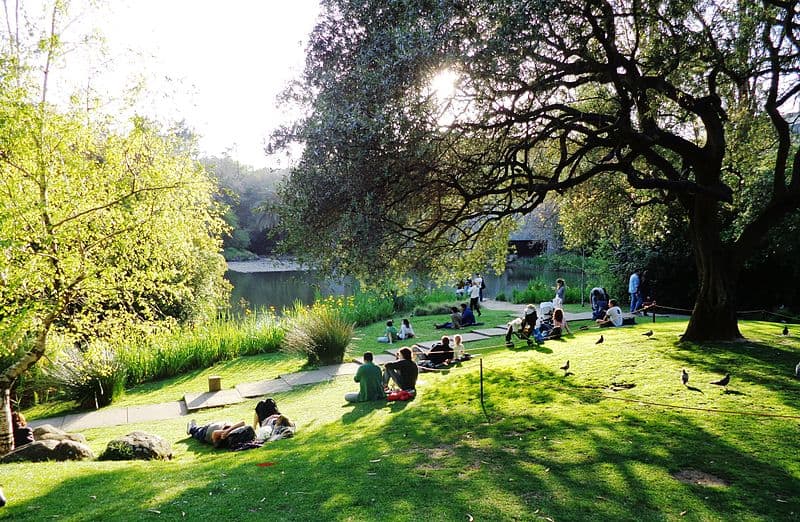 There are turtle that roam the land too, fear not. And somewhere deep in the jungle you’ll find an artisanal ice cream shop serving up treats by the dozen.

Take note that the park is open seven days a week but does close it’s gates at 7:30pm. After this time it is considered private grounds.

Picnicking in Lisbon is one of the best ways to see the city, the nature and your friends all in one go. Many birds with one stone, I believe the saying goes? I’ll bring the blanket.