The Best of Cristiano Ronaldo and Portugal 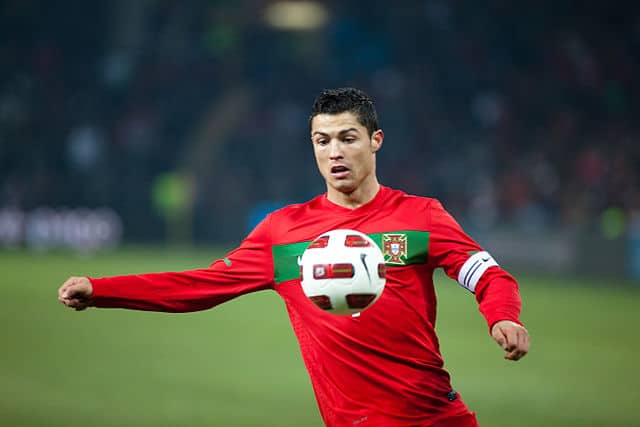 The Best of Cristiano Ronaldo and Portugal

For many across the world, Cristiano Ronaldo has become a household name. Ronaldo rose to fame in the early 2000s, and is now considered by some as being the best football player of all time. He has won countless awards for his athleticism and holds the record for goal scoring across 5 top football leagues in Europe. 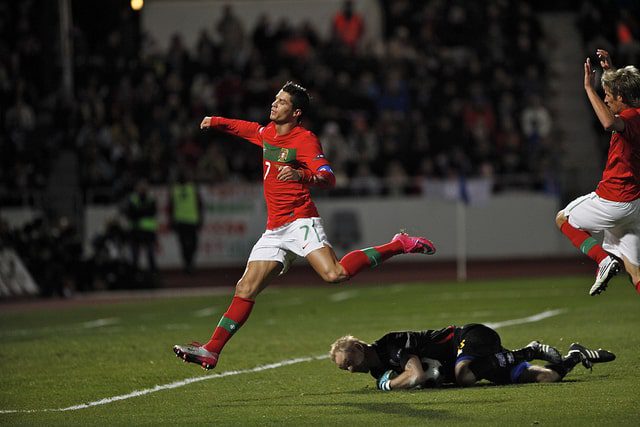 I remember the first time I saw Ronaldo play, and even as someone who isn’t that passionate about sports, I was impressed! Something else I really appreciate about Ronaldo, is that he was diagnosed with a heart condition at a young age, but never let that effect his game. It shows perseverance, tenacity, and dedication to follow his dreams.

Ronaldo has lived an interesting life in just 34 years. Keep reading for more of Ronaldo’s story, and his connection to his home country of Portugal!

Cristiano Ronaldo’s full name is Cristiano Ronaldo dos Santos Aveiro, and was born in 1985 in São Pedro, Funchal on the island of Madeira in Portugal, and grew up in the town of Santo António in Funchal. The youngest child born to a modest family, his mother was a cook and his father was a gardener. His father was a huge fan of the actor-turned-president Ronald Reagan, which explains the “Ronaldo” in his name! 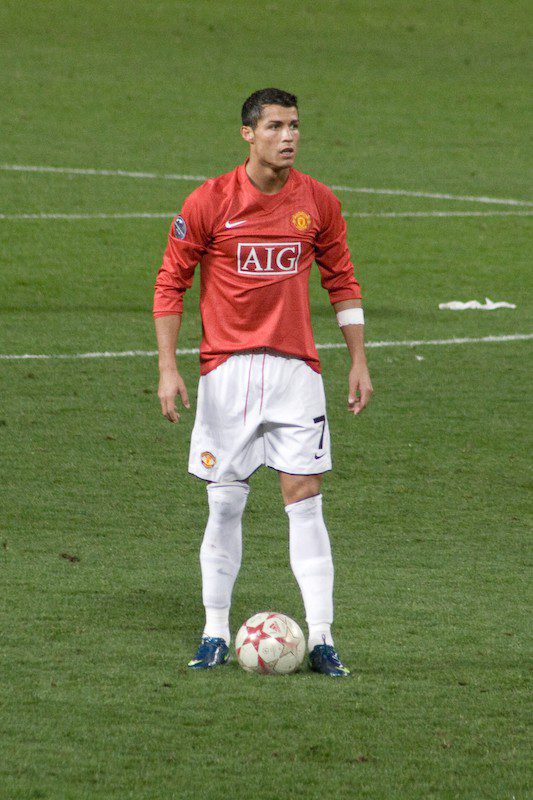 Ronaldo began playing football at a very young age. When he was just 7 years old he played for an amateur team named Andorinha. His father was with him each step of the way in the beginning, and was actually the equipment manager for his first team. When he was 12 years old, Ronaldo completed a 3 day trial with the team Sporting CP, who eagerly signed him for 1,500 pounds.

By the time Ronaldo was 15, he and his family agreed that he had talent, and he stopped going to school in order to focus on playing football professionally. Then, tragically, Ronaldo was diagnosed with a condition called “racing heart”, which forced him to stop playing football. Not one to give up, Ronaldo underwent heart surgery, and after a speedy recovery got back to training almost immediately.

At age 16, Ronaldo quickly moved up the ranks while playing for Sporting CP. He was promoted from the teams under-16, under-17 and under-18 teams, the B team, and the first team, all in one season! It is already clear at this point that Ronaldo has the skills to really go places.

When he was 17, Ronaldo began playing for the Primeira Liga Portuguese football league, and after an impressive game, was pursued by English football teams Arsenal and Manchester United. Manchester United beat Arsenal to the punch and acquired Ronaldo in 2003 at the price of a cool 12.24 million pounds. The manager of Manchester United was quoted as calling Ronaldo “one of the most exciting young players” in football at the time, and was excited to have him on the team. Ronaldo therefore becomes the most expensive teenager football player in English history. 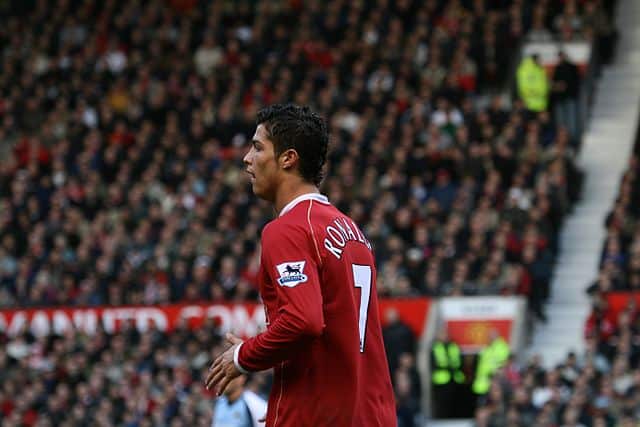 While playing with United, Ronaldo wore the number 7 jersey, which once belonged to football superstar David Beckham. Those were big shoes to fill, but instead of being intimidating by the number he wore, Ronaldo felt inspired by it, and pushed himself to play even harder. Ronaldo made his debut with United in an August 2006 game, where he was praised for his skills and the 3-0 victory he helped the team earn.

Although Ronaldo was seen as an excellent player, he also became involved in several episodes in which his anger issues became apparent. It can be said that Ronaldo had always had issues as such; before he decided to quit school he was often reprimanded by his teachers. While playing for Manchester United, he often received penalties and suspensions for rude behavior towards other players, and even enemy fans!

Despite his personal issues, Ronaldo continued to impress the world with his talent. He broke records and earned trophies, and quickly became one of the most sought after players in football. After playing for Manchester United for nearly 6 years, he transferred to Real Madrid for 80 million pounds, or 94 million euros. His new contract was good until 2015, and stated that he was to be paid 11 million euros per year, and also included a 1 billion euro buy-out clause. The amount of money involved in professional football is truly impressive! 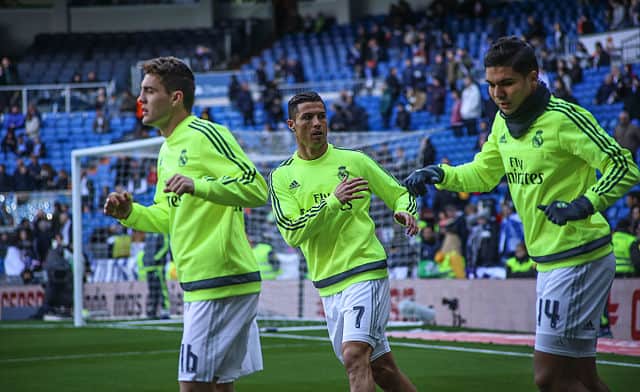 In 2013, Ronaldo became the first non-Spanish captain of Real Madrid, and despite disappointing losses, decided to extend his contract with the team until 2018. He was now earning 17 million euros per year, and he was briefly crowned the highest paid football player in history, a title which has since been passed on to Argentinian Lionel Messi. In the 2015-2016 season, he became Real Madrid’s all-time top scorer, scoring 252 goals in 228 matches. During the 2017-2018 season, Ronaldo was awarded his 5th Ballon d’Or award, an annual award recognizing the best male football player in the world.

Today, Ronaldo plays for the Italian football club Juventus. He was transferred to the team in 2018 for a whopping 100 million euro transfer fee. 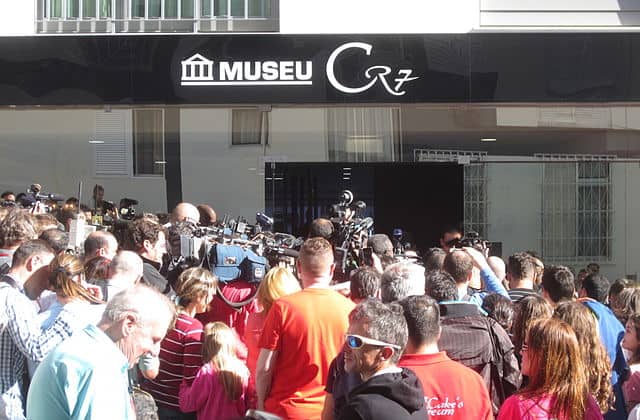 Ronaldo is obviously a world famous super star these days, but that doesn’t mean he has forgotten his modest Portuguese roots! He was originally criticized by many of his fellow Portuguese citizens for his ego and lack of commitment to his home country. This changed in the 2004 Euro Cup when the 19 year old could be seen crying after their defeat against Greece.

He has played for the Portugal Nation Team since 2001. In 2014, he became Portugal’s all time top scorer. Ronaldo captained the team in 2016 and led them to victory in the 2016 World Cup against France, earning him support from his homeland.

In 2013, Ronaldo seemed to have matured, and began returning to his native Madeira for his vacations rather than jet setting across the world. Today, he is seen in Portugal as a loving father (to 4 children) and an extraordinary football player. 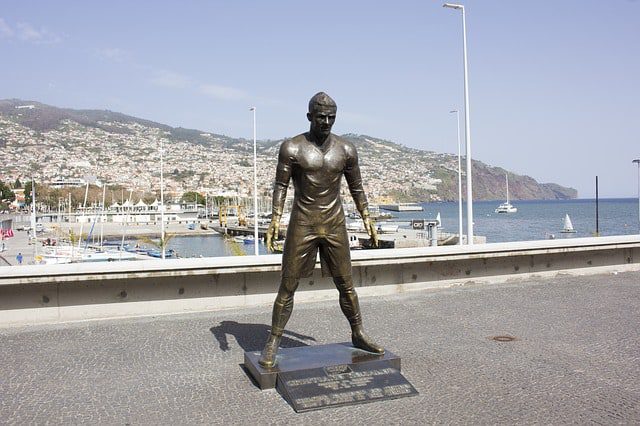 There are plenty of places throughout Portugal that pay homage to the footballer. There is a statue of Ronaldo in Madeira, there is a museum dedicated to the athlete in Funchal, and the international airport on the island has since been renamed Madeira International Airport Cristiano Ronaldo CR7, where a bust of Ronaldo is also present.

I hope you all have learned from this article on Cristiano Ronaldo, the football superstar! It goes without saying that his impressive career is no where near over, and he will continue to shock and awe his fans around the world, and in particular, in Portugal.

Looking to visit Portugal? Click here to learn more about our walking tours in Lisbon!