The best jazz clubs in Paris 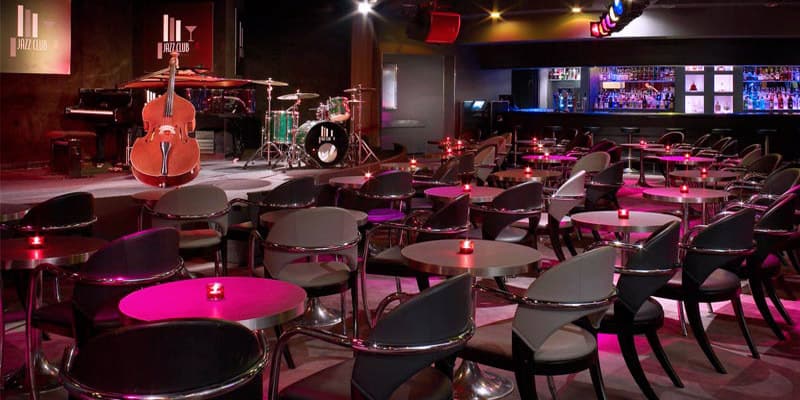 If you really want to enjoy music in Paris, finding the best jazz clubs in Paris is the way to go. During the middle of the twentieth century, Paris was famous for Jazz in the district of Saint Germain des Prés.

Today, Saint Germain is not the core of Paris jazz anymore as there are jazz clubs everywhere around Paris. Even though New Orleans is way far more famous for jazz music, you can find a lot of excellent musicians and good jazz artists in Paris.

The idea of a jazz club is very different from a regular concert hall; the atmosphere has to be intimate, the room has to be small, and the musicians can interact with the audience.

That is why the jazz clubs I will recommend to you are very typical and because in these jazz clubs, you can imagine what Paris looked like during the twentieth century at Saint Germain.

The Sunside-Sunset is a very typical jazz club because it is in a narrow old cellar in Paris. When I go there, I usually try to sit close to the artists and I order a drink before the concert begins because once it has begun, it is almost impossible to move because of the crowds.

I told you that many other jazz clubs are set at rue des Lombards, with the most famous jazz club of the district (in my opinion), the ‘Duc des Lombards’, located at the corner of the same street.

The ‘Duc des Lombards’ is going to give you a more official feeling, the artists there are more famous (but it doesn’t mean that their music is better), and it is much bigger than the Sunside-Sunset. But it is also very good! The advantage is that in the ‘Duc des Lombards’, you can also eat, because it is a restaurant during the day.

Additionally, if you want to listen to free jazz, each Friday and Saturday, they organize jam sessions after midnight: a regular band invites musicians to play their songs in a new way. The jam sessions are really what makes the essence of the jazz and that is why such jazz clubs keep on organizing jam sessions.

If you want to know the last jazz club in this street, look out for ‘au BaiserSalé’ which is also a very good jazz club but bear in mind that it is not in the top two!

The district around Châtelet is not the only place where you can find good jazz clubs. On the hill of Montmartre, there is a jazz club called “Autour de Midi et de Minuit” and there, you will literally go back in the thirties. It looks like the Sunset-Sunside, with the main difference being that it is also a good restaurant.

Obviously, the main attraction is the jazz music, which begins at 9 or 10 pm in the cellar. You just have what you need to listen to jazz: a small table and a comfortable seat.

Once you have these, simply focus on the music! Something that shows that this is a good jazz club is the fact that it has only been in existence for ten years, and yet it is already a reference in Paris. It is located at the core of the district of Montmartre, 11 rue Lepic, 3 minutes walk from the metro station Blanche.

The last jazz club that I would recommend is the Café Laurent. It is a restaurant, a luxury hotel, and also a jazz club! There, you can eat very good and typical French cuisine, and then, you can sit on a sofa and listen to the jazz music. Because it is not so famous, it is quiet and mainly regulars come here.

At its origins, this café was a meeting place for the intellectuals but is now a major place for jazz artists. You have to know that because the entrance is free, you have to have a drink inside and the main downside is the fact that all the drinks are really expensive.

But this is because it is very well located, just behind Saint Germain and also it is where jazz used to stand during the twentieth century.

Hopefully all this will help you to find the best jazz clubs in Paris. If you just want to listen to some good music, you can try to find artists in the street; you will find some on the hill of Montmartre on Sundays, or on the bridge between the Ile de la Cité and the Ile Saint Louis.