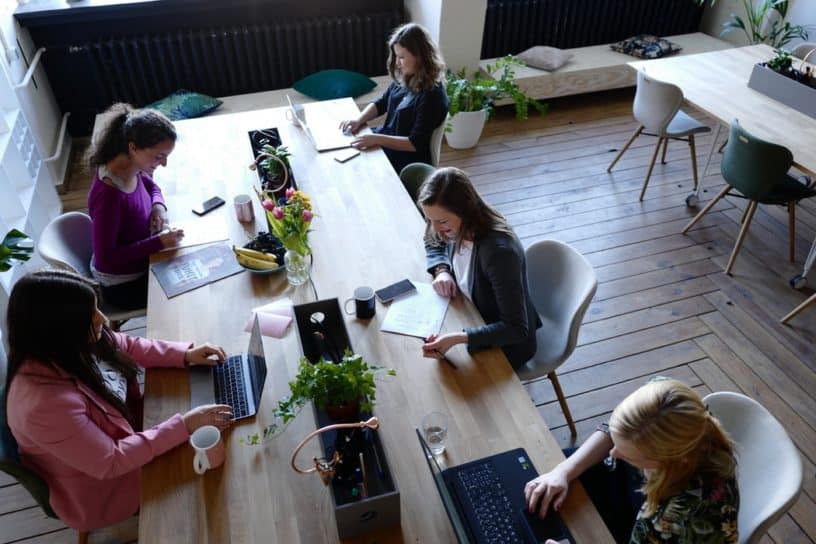 For the most part you’ll have fast, reliable internet at all hotels, Airbnbs, cafes and restaurants in Paris. There are many, many places around the city where one can set up show with their laptop for a full day of business.

Internet cafes come in handy when you find yourself in need of a computer and perhaps don’t have access to your own. Or you may simply prefer these establishments to regular WiFi enabled properties. 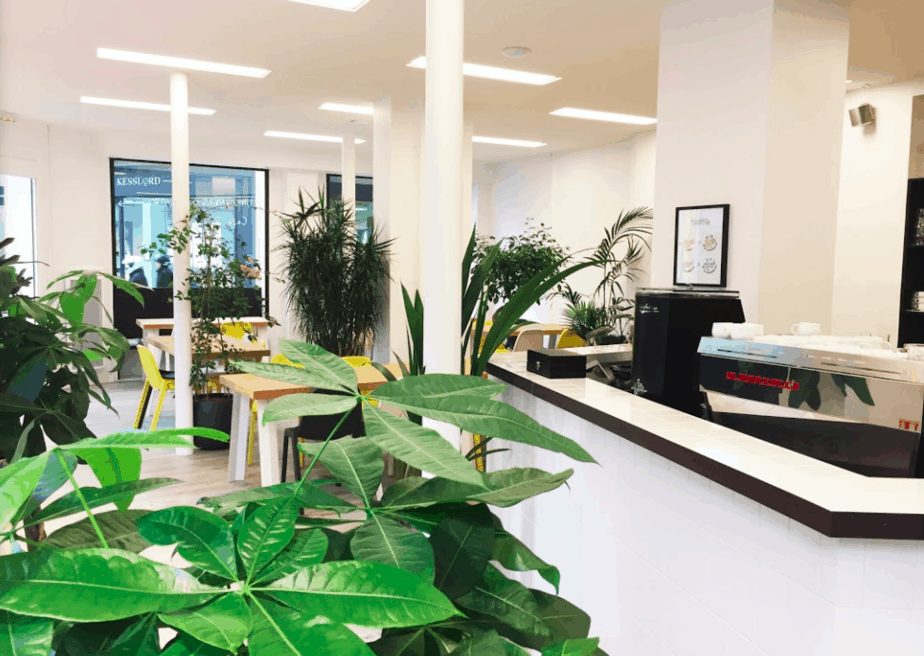 Whatever your reasoning, Paris has a plethora of internet cafes open to the public — some of them 24 hours. If hotspots, plug points and stale coffee get your engine revving then read on.

CyberCafe Internet combines reasonable prices with professional service. The store itself isn’t much to look at but it is well equipped and spacious enough that there is rarely ever a waiting period for usage.

Situated near the Parc Monceau in the north of the 8th arrondissement, CyberCafe is a hybrid space offering both computer and internet access with printing facilities and electronic sales. 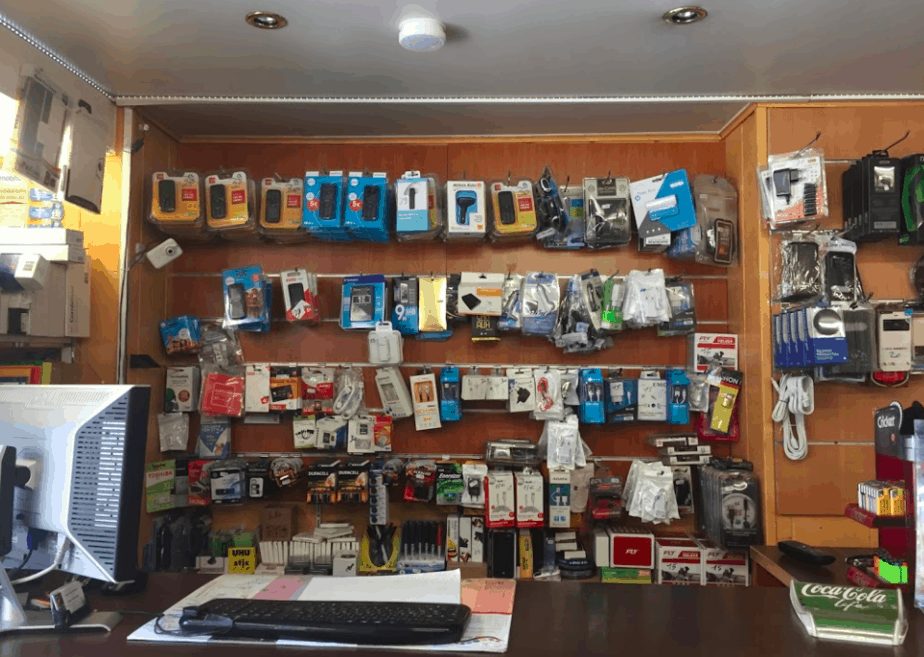 There are snack fridges for those who spend a significant amount of time in the cafe. The computers are relatively new and updated to current standards; ample plug points to charge your accessories.

Compared to all the internet cafes around Paris this one ends up being the best value for money in exchange for quality of service. There are a few internet cafes on this street all with similar branding so make sure you walk into the correct one.

OPENING HOURS: Monday TO Saturday: 10am to 9pm

This neighborhood called the Latin Quarter on the Left Bank of the Seine has never claimed to be an affordable one. This internet cafe is a reflection of just that, offering in no way extraordinary service at a price almost double that of cafes further out of the center.

You’re going to pay about €2 for every 15 minutes of internet access. It’s the location you are paying for, and being able to sit down for a full session of work right from the middle of Paris is a perk many seek to experience. 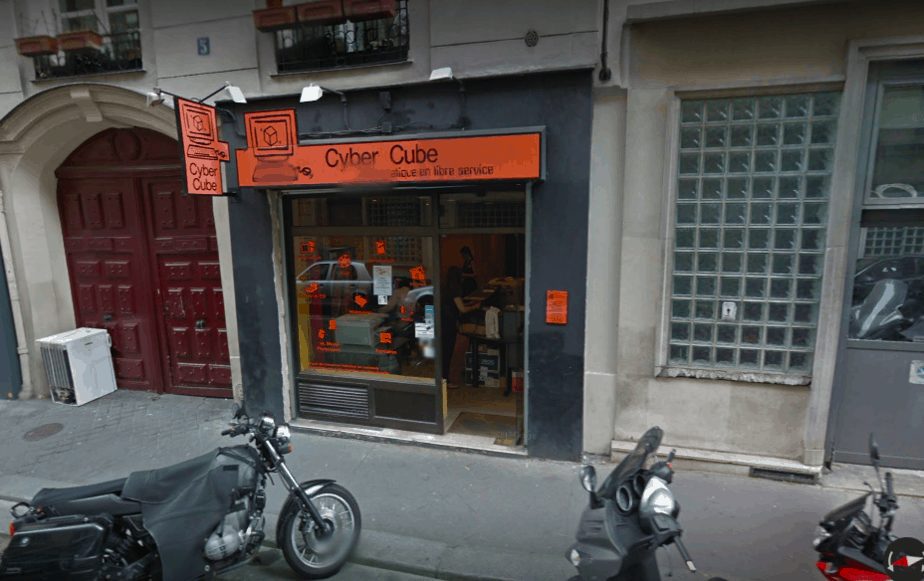 The cafe is right in the thick of the touristic streets in these parts. The Shakespeare and Company bookstore is here and draws in thousands of visitors each day, not to mention all of the free guided walking tours that make their way through as well.

Cyber Cube is a cozy, clean little spot. I recommend it for work ideally under an hour and a half, after that the prices are simply unexplainable and you might as well have taken the metro elsewhere.

Milk is a recognizable name amongst freelancers in Paris. It’s an internet cafe franchise and you’ll find a few of them situated around the city.

This particular one in Montparnasse is popular since a lot of people who come to Paris on business tend to stay in the hotels down in this neighborhood. It is also a 24 hour internet cafe, suitable for late night workaholics and insomniacs. 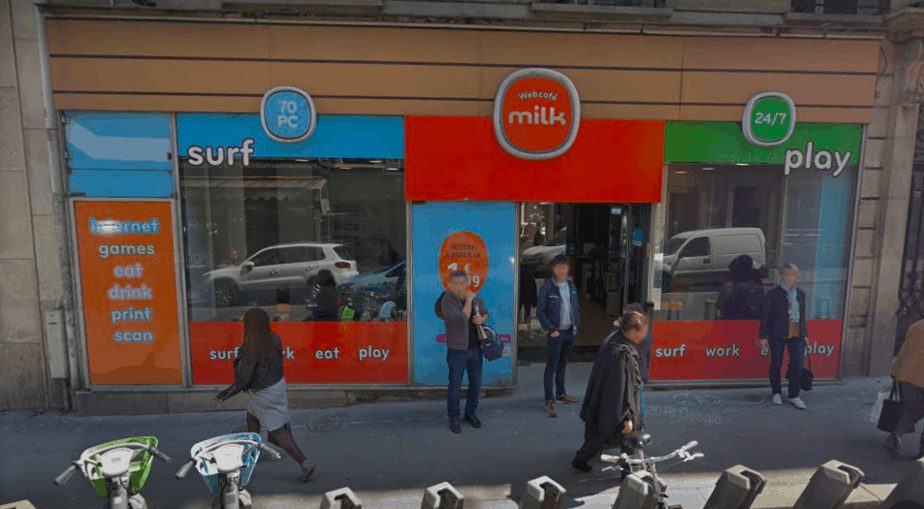 Milk is affordable and the service isn’t bad either. They don’t offer any in store refreshments but the cafe is on a street corner with many coffee shops and creperies within walking distance.

The offer printing and copying services as well.

The team behind Unicorners Cafe identified a big need in Paris for a co-working space that offered space, service and quality all under the internet cafe umbrella.

They launched their concept store in the 3rd arrondissement recently and have seen incredible success since — and rightfully so.

The Unicorners Cafe CoWorking store is an internet cafe with many elements added to it. Once inside you’ll take your pick of different areas deepening on the amount of space you need. There are desks, bars counters, coffee tables, lounge areas and conference tables.

The space is built around a central cafe/kitchen section where they serve up hot drinks and tasty treats all day. There are also light meals around lunch. Many vegan and vegetarian options on offer to cater to all clientele.

My favorite element about this space is how much light they let into the space. Too often internet cafes in Paris resemble dark cave-like spaces, completely sealed off from the outside world. Unicorners is open, bright and feels healthy to sit inside of even if you are behind a computer screen the entire time.

OPENING HOURS: Monday TO Saturday: 9am to 8pm

Le Marais is a freelancers dream suburb: parks, cafes, bookstores, something constantly happening in the streets. The Milk internet group has another branch here, and this one is bigger and better.

The cafe spans over two stories and is 24 hours just like the one in Montparnasse. There are so many computers at this branch that they are able to host regular gaming sessions for the community. 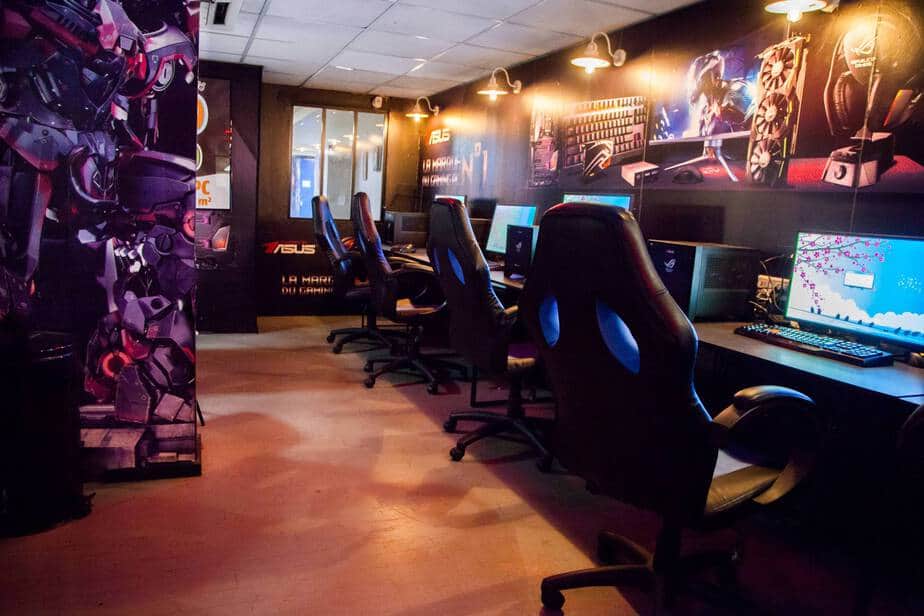 There are snacks available throughout the day as well as printing services for those in need.

Note: Milk does not offer WiFi; you must make use of their in house computers. They also don’t supply headsets or mousepads so if you don’t want to buy new ones bring your own!