The best exhibitions of 2018 in Paris 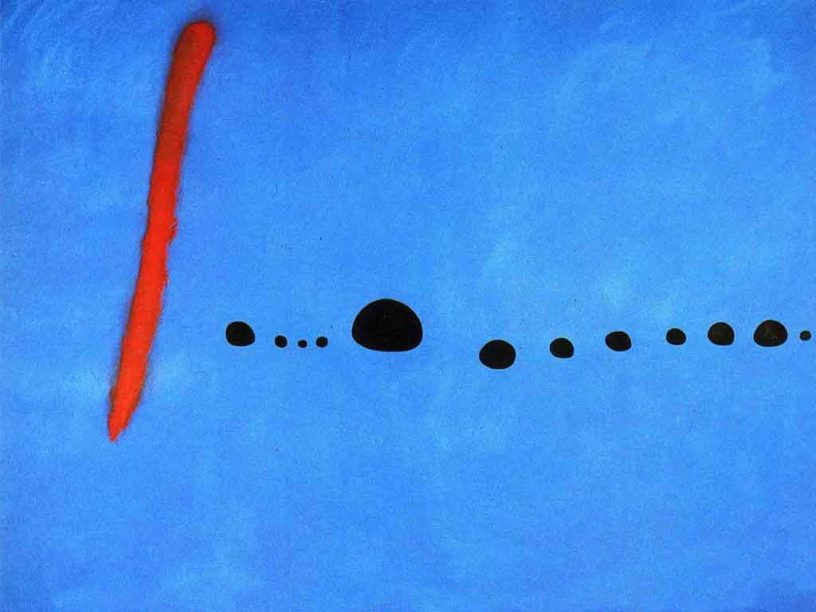 The best exhibitions of 2018 in Paris

Going to exhibitions is a must if you want to live the “Parisian Experience” to the fullest. Paris is one of the richest cities in terms of culture, knowledge and activities, mostly thanks to the incredible amount of exhibitions organized every year. And you are in luck, because this year of 2018, there are some pretty cool and interesting exhibitions for you to attend to while in Paris. Read on and find out the best exhibitions of 2018 in Paris!

The Delacroix exhibition at the Louvre Museum 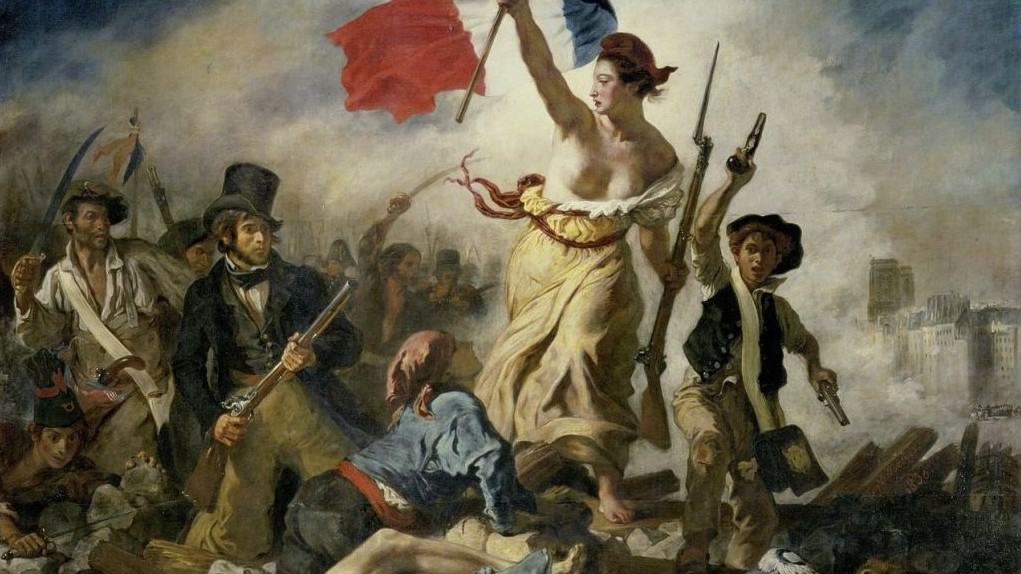 The Louvre Museum along with the Metropolitan Museum of New York pay tribute to the most famous and impressive French painter, Eugène Delacroix. At the exhibition, you can have a look at 180 of his works, to allow a better understanding of Delacroix’s career. Until July, 23th of 2018, you can come to the Louvre Museum and see his most famous paintings that marked the world’s history forever.

The Vhils exhibition at Centquatre 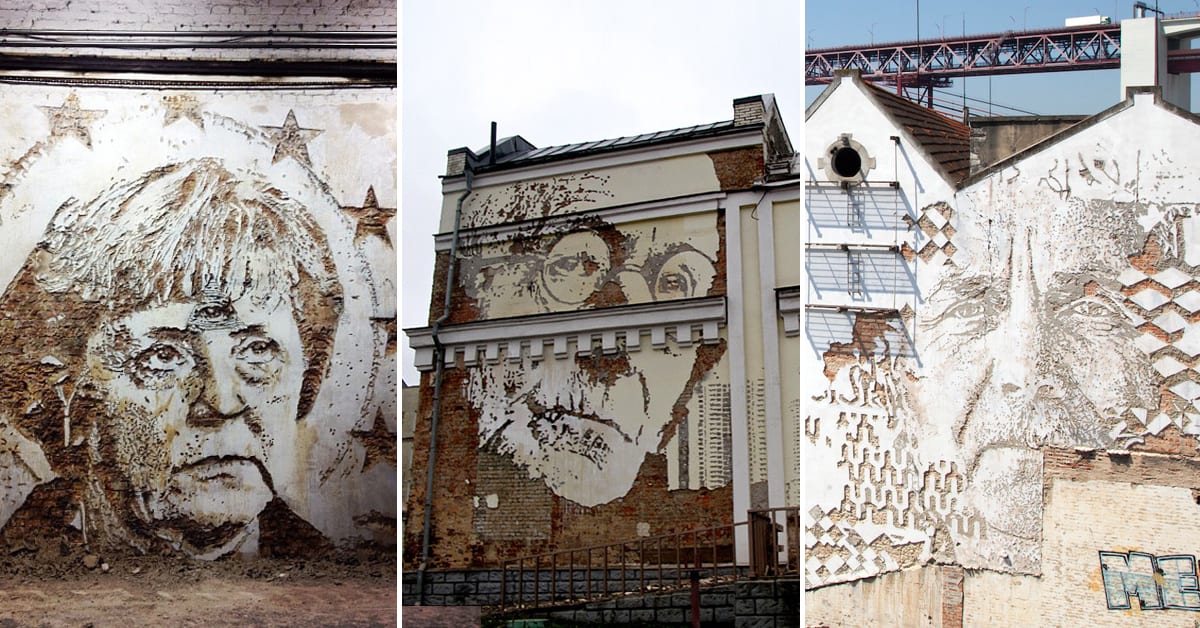 Until July, 27th of 2018, go to the Centquatre cultural institution to meet one of the greatest street artists. A whole exhibition is dedicated to his works. Vhils is only thirty years old, but the Portuguese artist is already making his mark. Engraving gigantic faces on the walls of several cities is its signature. He’s come to exhibit his most impressive works and introduce us to his world at the Centquatre in the nineteenth district of Paris.

The Guernica exhibition at Musée Picasso

In collaboration with the Museo Nacional Centro de Arte Reina Sofia in Madrid, the Musée Picasso presents to you the Guernica exhibition. The Guernica is one of the most famous paintings of Pablo Picasso, if not THE most! Painted in 1937, it depicts the bombing of the village of Guernica during the Spanish Civil War. Through various works, sketches and literary documents, all the different stages of the production of one of the famous masterpieces in the world, its whole history, its symbolism and meanings will be presented to you, as well as Picasso’s political commitment, until the 29th of July of 2018.

Klimt: voyage at the heart of the Vienna Secession at L’Atelier des Lumières 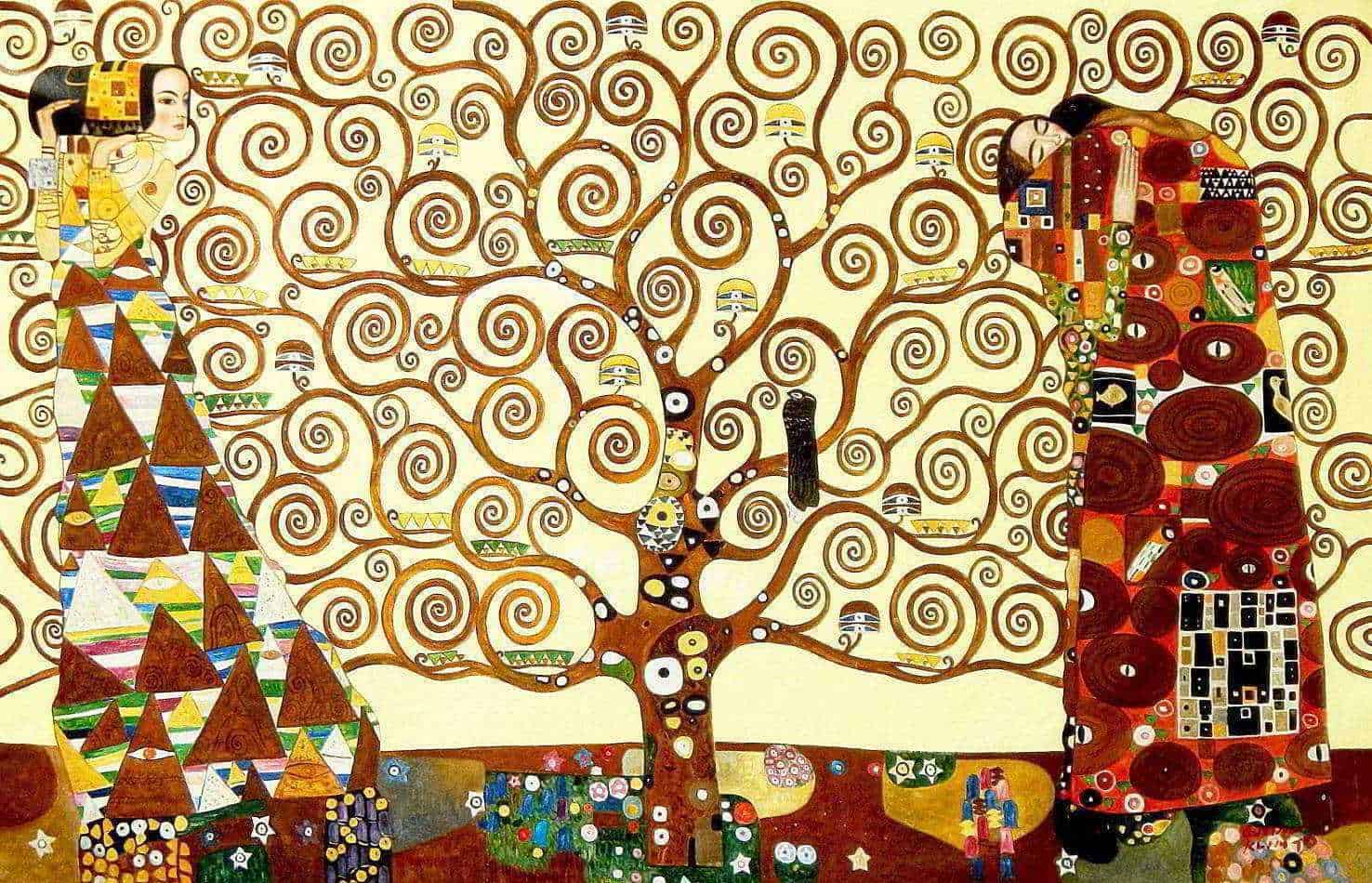 At L’Atelier des Lumières, you will discover and learn more about the major representatives of the Viennese art scene. The works of Gustav Klimt and Egon Schiele come alive at this exhibition, thanks to music and XXL screenings. During the Imperial Vienna at the end of the nineteenth century, Klimt played a very important role. He’s the founder of Vienna Secession art movement. Gold and decorative features are characteristics of his works.

At this exhibition, the works of the greatest Viennese artists will be presented to you through new perspectives. Until November, 11th of 2018, seize this opportunity and enjoy experiencing art in new ways. 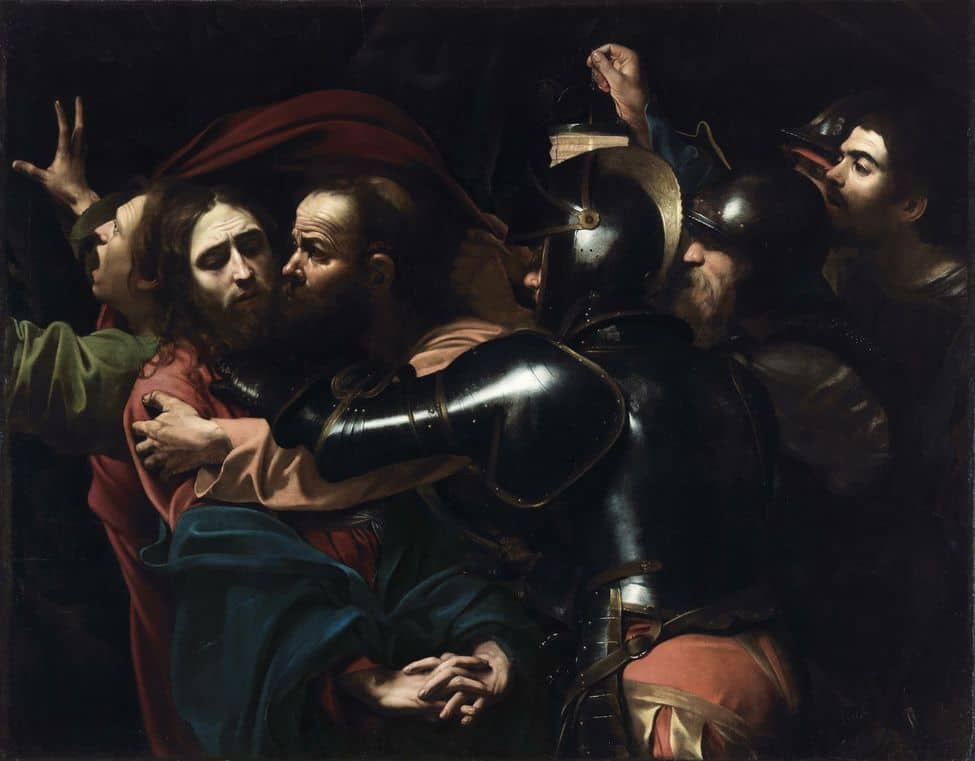 Do you know Michelangelo Merisi, commonly known as Caravaggio? If you don’t, you definitely should. He’s famous for the realism of his paintings and for his chiaroscuro skills. At the Musée Jacquemart-André, there will be plenty of his paintings for you observe and be dazzled by all their details. But you will also understand how the Caravaggio has influenced the other artists of his time. The exhibition is mainly focused on the years he spent in Rome, which were the most hectic of his career. From September, 21st of 2018 until January, 28th of 2019, visit the Musée Jacquemart-André to attend one of the best exhibitions of 2018 in Paris!

The Miró exhibition at the Grand Palais 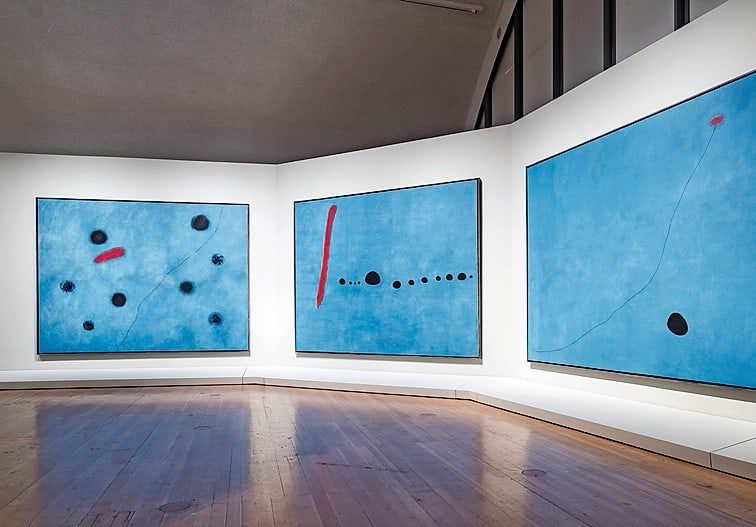 Joan Miró is one of the most famous Surrealist artists. He’s also one of the most avant-garde, modern and creative artists there is. His paintings, drawings, sculptures are unique creations that marked the society. His colorful and intriguing works are one of a kind, which is why so many people know some of his most famous ones, such as Blau I, II, III or La Granja, but how many of us know the artist and how his work has evolved throughout his career?

If you’re interested in Joan Miró’, his life and progress, you need to come to this very promising exhibition and admire more than two hundred of his creations. From October, 3rd of 2018 to February, 4th of 2019, attend the Miró exhibition at the Grand Palais. 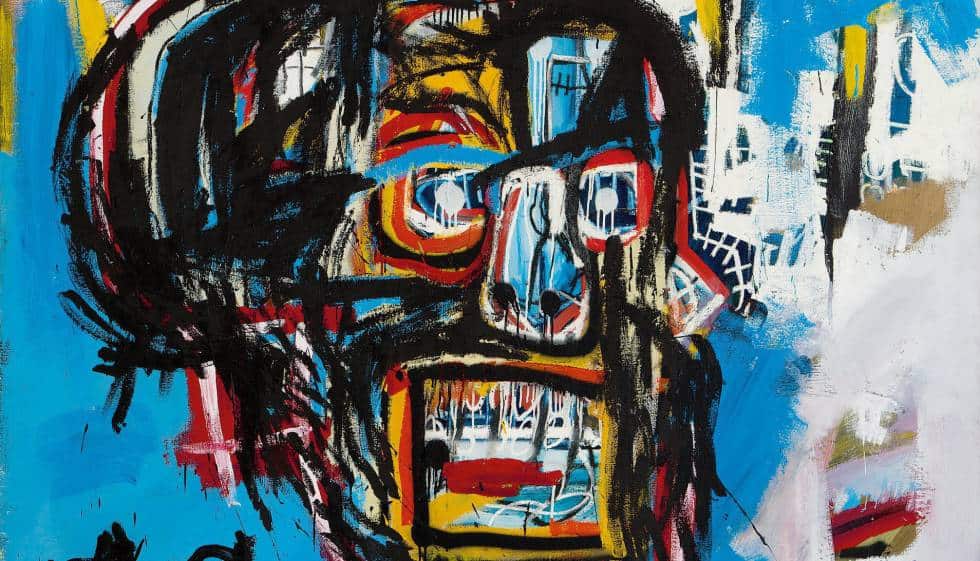 From October, 3rd of 2018 to January, 14th of 2019, you will have the opportunity to discover two very different artists at the Fondation Louis Vuitton. Jean-Michel Basquiat and Egon Schiele are both amazing artists worth the interest. Don’t miss the chance to watch the works of these two artists at the same exhibition. 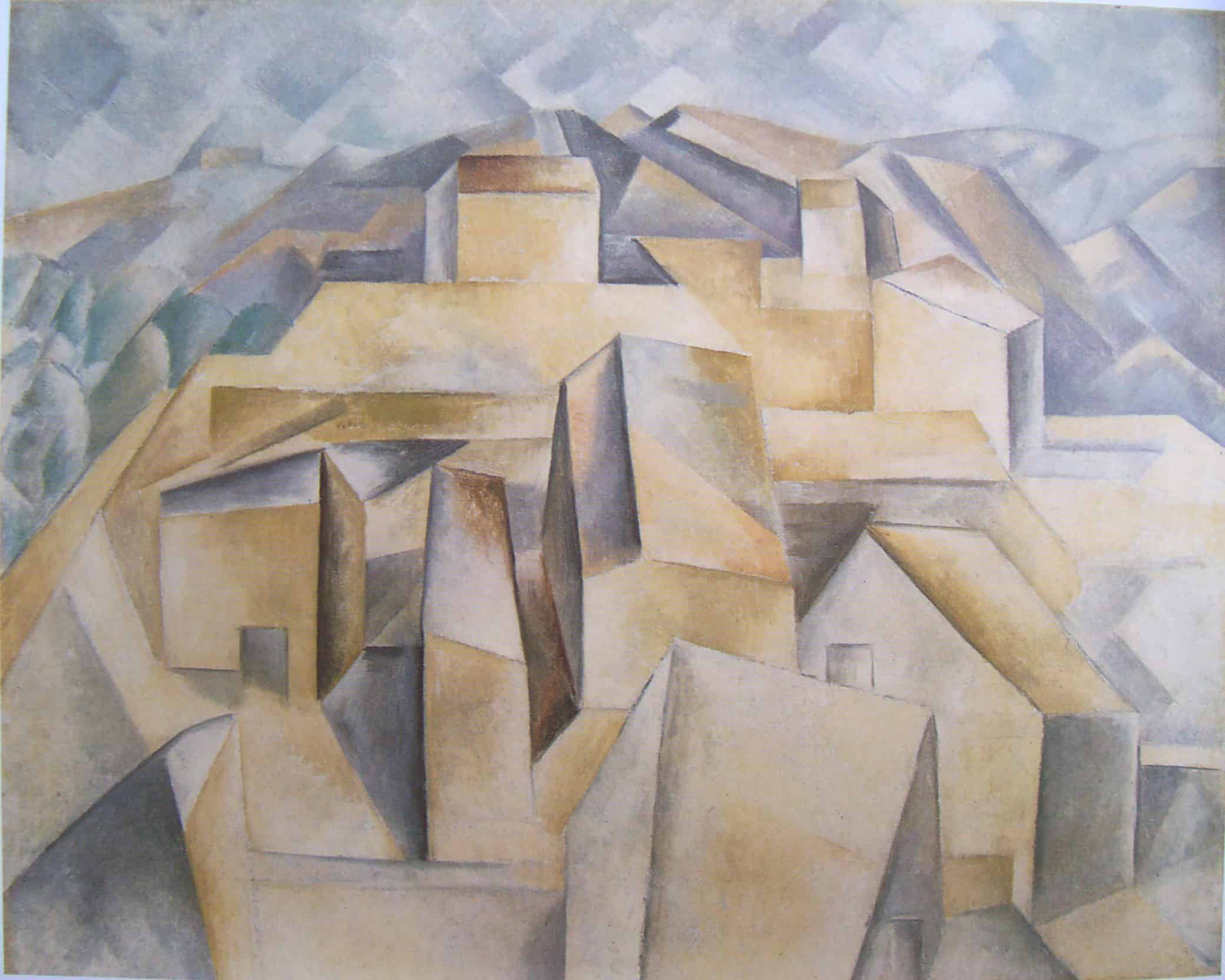 What is the cubism art movement? This movement is one of the pioneer founders of modern art history. Most people know about cubism but actually know very little. This chronological exhibition starts on October, 17 of 2018 and ends on February, 25th of 2019 at the Centre Pompidou.

Thanks to many artists that will be introduced to you, such as Picasso, Braque, Derain, Laurens, Delaunay, Léger and Picabia, you will understand the concept of cubism, its evolution and the messages it tries to transmit. Cubism has greatly influenced modern thinking, which is why this exhibition is one of the best of 2018 in Paris. At the Centre Pompidou, you will understand the true meaning and history of this art movement. 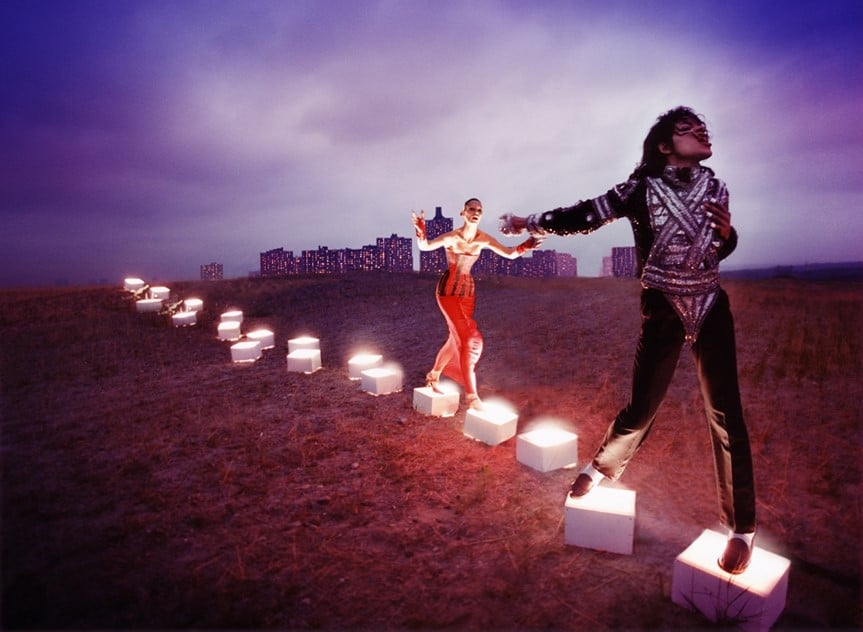 We all know Michael Jackson is a world icon of pop. But he’s also an icon of art. His style was unique, his dancing moves were outstanding, he was a world star who had plenty to offer and plenty of soul. These are only a few of the reasons why he was so appreciated by his fans. Three institutions joined forces to organize an exhibition dedicated to Michael Jackson’s glory: the Grand Palais in Paris, the London National Portrait gallery and the Michael Jackson Estate.

Michael Jackson has been an inspiration for so many people in very different areas. He’s influenced several important figures of contemporary art. From Andy Warhol, David LaChapelle, Rita Ackerman, to Donald Urquhart, they’ve all used his image in their works.

From November, 23th of 2018 to February, 17th of 2019 you will be able to attend this unique exhibition at the Grand Palais in Paris.

These are the best exhibitions of 2018 in Paris! Whether you are traveling alone, with your lover, family, friends, or with kids, Paris has some pretty cool exhibitions this year, so I’m pretty sure you will enjoy it and feel very satisfied with those few suggestions. This year’s exhibitions are mostly related to visual arts, but I believe arts are essential to the understanding of our world, societies and our history. This is why one should always cherish every cultural events and activities, such as visiting museums, monuments or attending exhibitions. Especially while in Paris, where the offers are diversified. If you have some time, you should definitely consider going to exhibitions, because it is typical of the Parisian lifestyle! Don’t hesitate to contact us if you need further information about anything. Let me know which one was your favorite! See you soon in Paris!