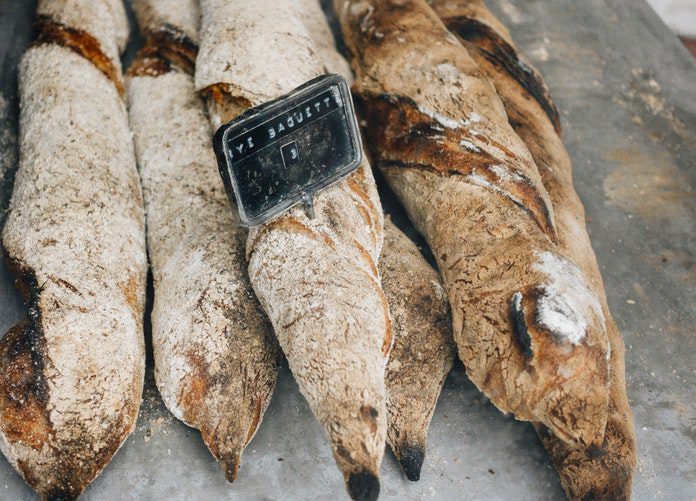 Finding good bread abroad is tedious for many French people because we are so used to having excellent bread at home. Every day in France, more than 30 000 000 baguettes are sold and eaten.

Another thing to know if you are planning on hosting a French dinner anytime soon: in France, it is even considered rude if you invite someone formally to dinner and do not have a fresh baguette to be eaten alongside the dishes you are serving.

The different types of baguette 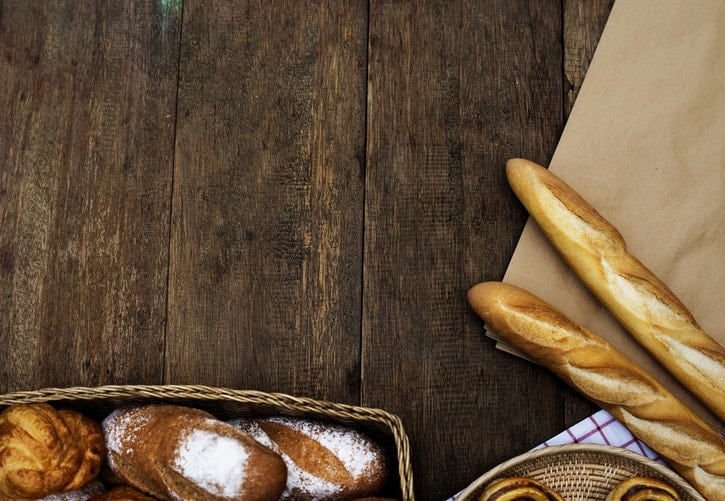 In France, we have several types of baguette; each with its own specificities. The recipe stays the same, it is only the shape and crust that changes.

What we call a baguette in France is typically 65 cm long and weights 250 grams.

If the baguette is too big for you, know that it is very common in France to order a “demi-baguette” (half a baguette). The baker will cut the baguette in half for you. Else, there is a smaller variety of baguette that exists, called the déjeunette. 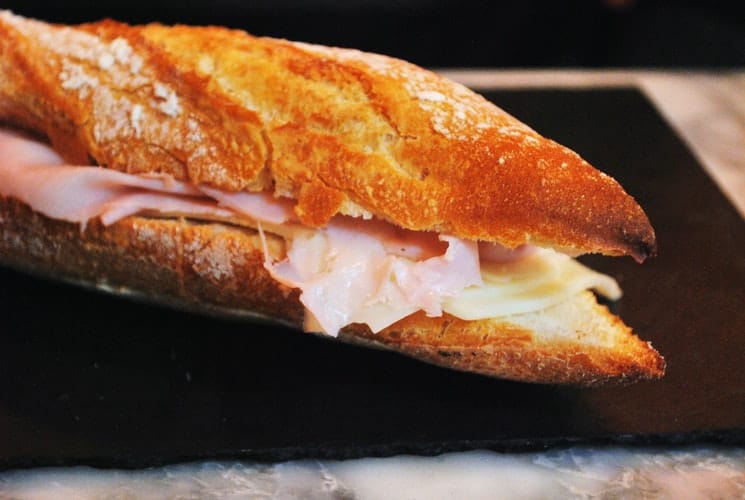 Baguette sandwiches are very popular in France, and often made with demi-baguettes or déjeunettes – Source: Unsplash

Feeling hungry? There is a larger version of the baguette available, called the flute (or the pain parisien, Parisian bread). The flute will typically have more crumb.

Whenever I eat bread, I always look for more crunch, so I often order a “ficelle” (string): a baguette that is thinner, and hence crunchier.

But my all-time favorite type of baguette is the tradition (tradition). It is a crunchier, more rustic version of the baguette, and pairs heavenly with any type of French cheese.

The baguette all around the world 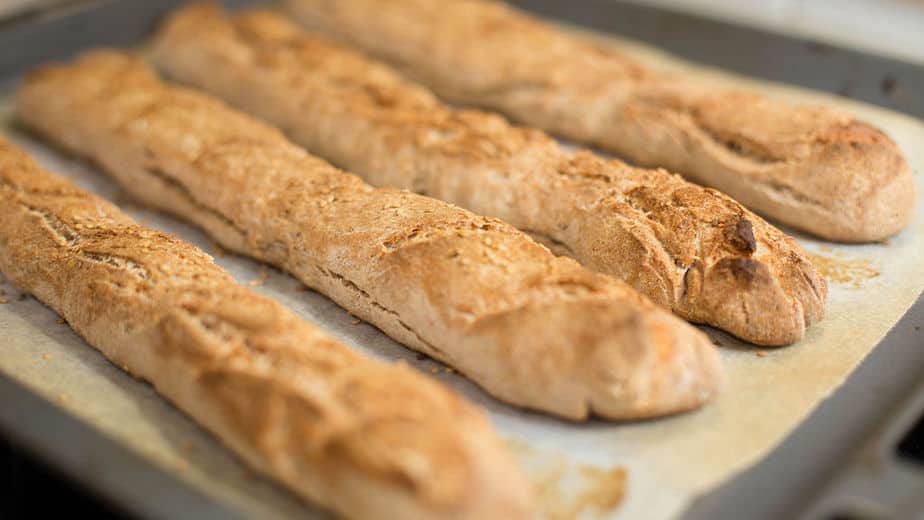 Morocco and Tunisia also eat baguettes daily: and in Vietnam, the baguette is also used to create the national sandwich: the banh mi.

Be very careful with the so-called baguettes you can find in almost any bakery abroad. These are no close to the taste of an actual French baguette, and a French person would never ever eat them! Except if in absolute despair and nostalgia for their home country.

The all-important history of the baguette

No one in France really knows the true version of the history of the baguette, but we have several myths that we like to believe true. 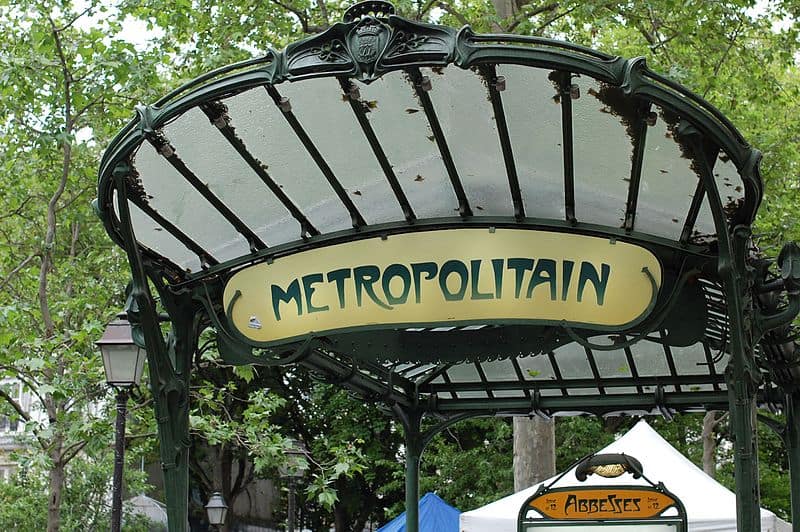 The most well-known story here in France links the origin of the baguette to the foundation of the Parisian metro. Underground, the workers would get worked up and deadly fights would burst on daily. At the time, each worker had to carry a knife to cut the large loaves of bread at lunchtime.

So the people in charge of the construction of the metro asked bakers to create a longer and thinner bread loaf – the baguette – that could be cut by hand without using a knife. That way, they were able to forbid knives underground and make the daily fights between workers less deadly.

Another story that French people like to tell is that after a law forbidding bakers to wake up before 4 am, they had to come up with a type of bread that did not need as much time to rise as traditional bread – hence the creation of the baguette. 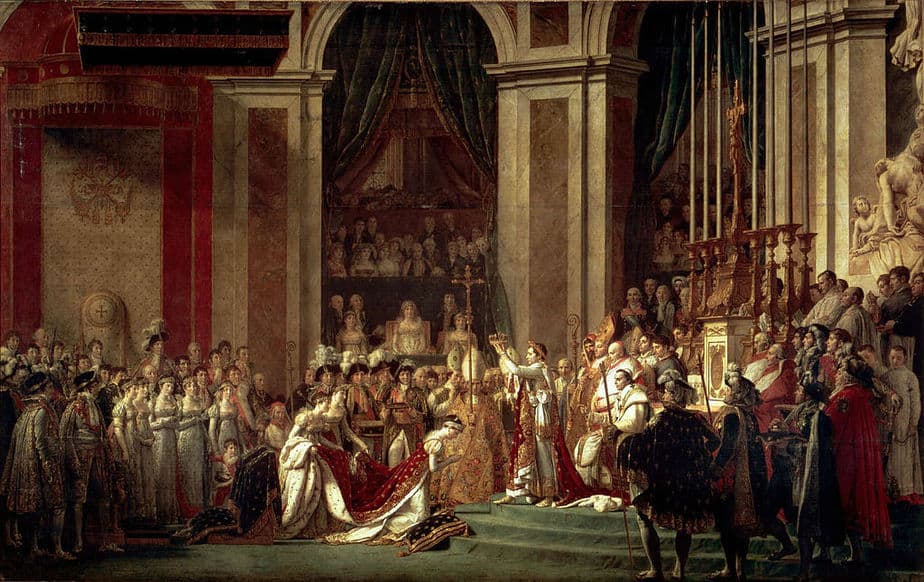 The crowning of Napoléon by Jacques Louis David

A third very French story links the creation of the baguette to the wars of famous French general Napoléon. At the time, bread loaves were round, but a longer and thinner version was created by bakers to be transported more easily by soldiers in a special pocket.

There is even a story that states that the baguette was not invented in France but rather in Austria! The baguette would have been invented in Vienna by an Austrian baker called August Zang and imported in France during the 19th century. Needless to say, this story is not very popular in France!

Buying the baguette from the bakery is a ritual that most French people are extremely attached to. In the bakery itself, the act of buying the baguette is quite codified. When ordering your baguette, the baker will ask you “et avec ceci?” (and with that?) to which you can answer “ce sera tout” (that will be all). 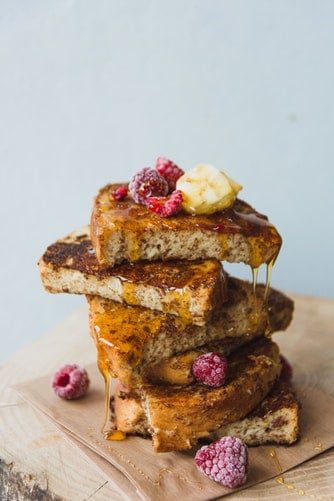 If your baguette stays overnight, put it in a plastic bag with holed – you will have to grill it the following morning or else it will be too soft. If you bought too much, do not hesitate to cut it in pieces and freeze it – most French people do because we do not have time to go to the bakery every single day.

Last but not least – if your baguette stays out several days and becomes stiff as a rock, do not throw it! Stiff baguette is the main ingredient to the infamous French toasts (pain perdu in French). Pain perdu translates to lost bread – because you use otherwise lost bread to make them!