Top 10 Things To Do in La Coruna, Spain

Top 10 Things To Do in La Coruna, Spain

The Galicia region hosts a vibrant coastal city rich in history and culture. La Coruña offers a lot of amazing places to see and go to, some quite close to each other meaning you can experience a lot more than you think you will. The city’s food is also amazing, especially with the fresh seafood meticulously prepared that La Coruna is famous for. The top 10 things to do in La Coruna guide you to ensure that you make the most out of your trip to the city. 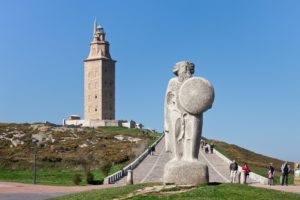 Torre de Hércule is the oldest working lighthouse in the world and is straight away associated with the city of La Coruna when seen. This lighthouse was built by the ancient Romans, known for buildings that stand the test of time. A climb up this majestic tower will reward you with the most unbelievable views of La Coruna’s Coast and the city.  You can wind up your visit to Torre de Hércule with a nature walk around it.

2. Stroll in the city to see the Galerías 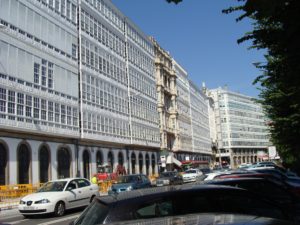 A Galería is a glass enclose balcony- a unique construction style that ensures the balcony can be used all year and also protects it from Galicia’s winter elements. La Coruna has many buildings that have used this unique architectural style, and at Marina Avenue, you will be able to see most of it- the offices and apartments found here all have galerías which make for a beautiful yet blinding reflection when the weather is sunny. Galerías is also found in the streets of Juana de Vega, Picavia, Feijoo, Plaza de Lugo, and Plaza de Pontevedra.

As you stroll the streets discovering galerías, you will note the subtle but meaningful differences between them such as different colors, size, and style of the frames and glass used and their arrangement. 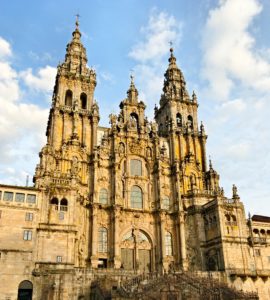 One of the most mesmerizing buildings you will see in Spain is Cathedral De Santiago de Compostela. The Cathedral is higher than most in the city hence visible from afar. The sculptures at its entrance give an indication of what awaits inside; these are at least 200 sculptures that represent major figures from the Bible.

While at Cathedral De Santiago de Compostela, look out for the Botafumeiro, a famous giant thurible that burns incense. It weighs a whopping 80 kilos and measures 1.60 m high. This work of art is made out of an alloy of brass and bronze, plated with a silver layer. 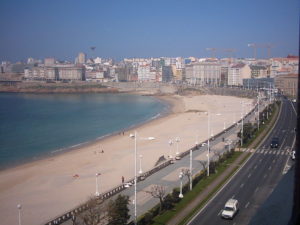 If you are up for some sand and surf, beach volleyball, or simply sunbathing, Praia do Orzán is perfect for you. A stretch of sand, approximately 1.4 kilometers awaits at this beach. 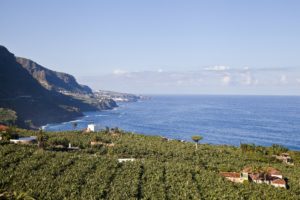 The San Pedro Hill has a large spherical glass lift going up to it that you should ride! This is because the see-through glass allows you to see the panoramic views all the way to the top where you can sit down.  Atop Mirador San Pedro lies a playground and outdoor picnic and barbeque area. You can also learn about the history of it at an interpretation center at the site. The café here serves diverse cuisine that you can enjoy over a glass of wine, with of course the greatest of views. 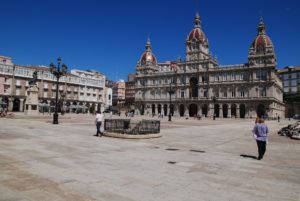 Plaza de Maria Pita is regarded as La Coruna’s main plaza. It was named in honor of Maria Pita, a woman who was in the front lines defending the city. There is a tall monument erected in her honor at the plaza, depicting her holding a spear just like she did during the war.

Everything about Plaza de Maria Pita is impressive. The mason work on it is impeccable while the building itself looks distinguished with three majestic domes. The square prides itself on having attractive facades from all four directions- a great looking building fundamentally.

The city hall and other buildings in and around the plaza are attractive. While at the square you will also have a view of Iglesia de San Jorge, an eighteenth-century church in baroque style, which you could explore.

You can retire at a café at the square for a refreshment. 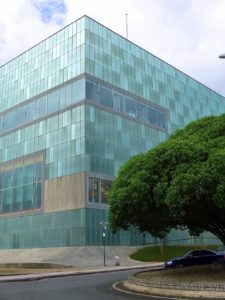 Spain holds in high regard Museo Nacional de Ciencia y Tecnologia found in La Coruna. This is a Museum of Science and Technology in a glass cube-like building known as the Prisma de Cristal.

Here you can satiate your appetite for science or learn a thing or two if technology is not your thing. Scientific instruments, technological devices, vehicles, planes, and computers are all on exhibit and much more. 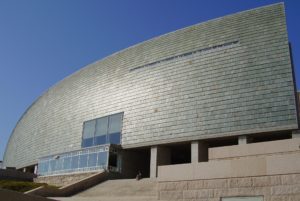 Domus, La Coruna is among the most interactive museums you will see in Spain, where you can learn about the origin of man and the human body in a fun and interactive way. You will find exhibits and activities in their hundreds for the purposes of discovering the human body.

While there do not miss out on the reproduction of the Mona Lisa composition over other people’s faces in their thousands. Its granite walls and staircases are also fascinating to look at on their own, and the curvature of its walls gives an interesting view from below.

Monte de San Pedro is a park that used to be a military fort. It sits on a hill hence views of La Coruna from here are amazing! You will enjoy a walk around this park as you look out to the ocean. To get up the hill, take the panoramic elevator available.

From the park’s history, you will be able to see World War II old bunkers and cannons, artillery that aided German submarines and boats.

To reward yourself for going up the hill you can have dinner or snacks at the restaurant in the park. 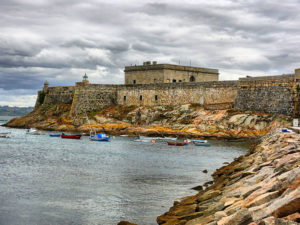 This is one of the most fascinating monuments in the City. It is a 16th-century fortress built on a small island in the bay. The fortress was to ward off attacks coming from the sea. The museum has exhibits of among other things Celtic jewelry, archeological artifacts, and antique weapons.

A visit here just may draw a vivid picture of the fortress in use.

Visiting La Coruna will reveal the insane treasure the city has in terms of history and culture as well as the extraordinary beauty that lies therein. Our top 10 things to do in La Coruna are certain to enrich your experience in La Coruna.