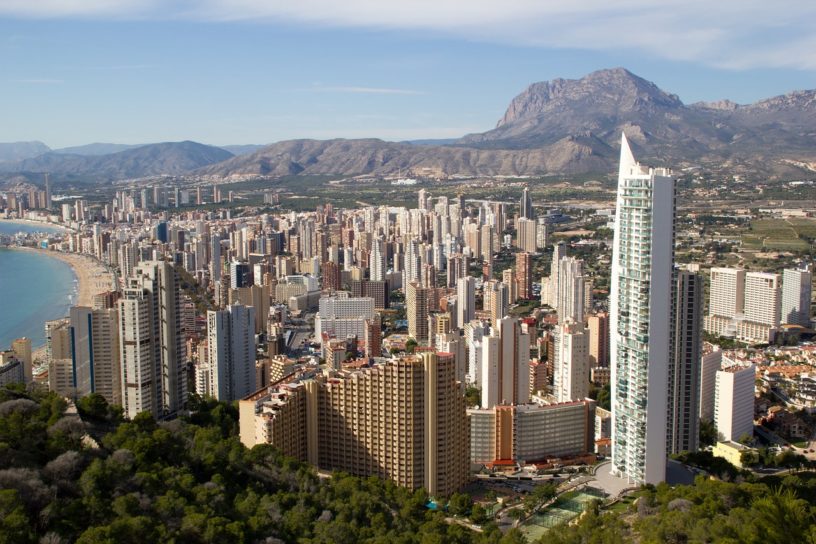 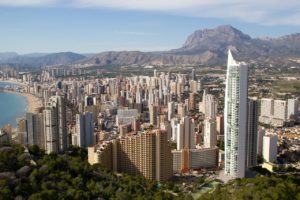 Alicante is the capital of eastern Spain’s Costa Blanca holiday region. The name comes from the endless sequence of white sandy beaches in this part of the country. The city has all the relaxation and fun of the seaside with the history and sights you’d want from a city break: There’s a medieval fortress towering over the city and a classic Mediterranean old-town with whitewashed houses and cobblestone streets.

You’ll spend mornings at museums and churches, and afternoons swimming in clear waters or dozing under a parasol. The modern tram network in Alicante makes it a breeze to get from one attraction to the next.

Let us explore the best things to do in Alicante.

1. Tour the Castle of Santa Barbara

Crowning Benacantil mountain, the vast, monumental rock looming over Alicante, is a fortress with medieval Arab origins. The most recent renovations took place during Spain’s Golden Age in the 1500s, but if you look closely you’ll find little fragments from Moorish times.

If you go on foot the best time to make the climb is early in the morning before the sun is at its fiercest, but there’s also a lift that runs from just behind Postiguet Beach. Everyone should get up to the battlements and gaze in awe at the panorama of Alicante, the Mediterranean and dark, mountainous countryside.

Alicante’s refined, the marble-laid promenade is useful for way-finding, as it starts in the old-town and continues along the city’s seafront next to the marina.

In most Spanish cities a family walk is part of the lifestyle, and promenades like the Explanada de España help you do it in style.

You’ll get a real sense of Alicante’s ambience as you stroll beneath the palms and watch daily life in the city unfold around you at terraces and market stalls.

There are lovely coastal views, and after dark, in summer this brightly lit walkway benefits from refreshing sea breezes at the end of sweltering days. 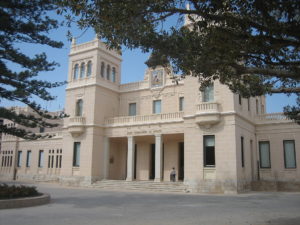 You’ll start in prehistory with the hunter-gatherers and see the first hand-crafted metallic items forged around Alicante.

Then there’s the Iberian room, devoted to the many pre-Roman archaeological sites close by that have yielded wonderful pieces of sculpture and ceramics.

The Roman city of Lucentum was close to modern Alicante and the wide range of pottery, jewellery and other everyday items recovered from digs there.

Perhaps most thrilling of all is the displays that cover medieval times when for a brief period, Jewish, Islamic and Christian cultures existed side-by-side.

You won’t mind getting lost in the old part of Alicante, a bit like a village in the centre of town. This neighbourhood is sprawled on the hillside beneath the castle, and to get around you’ll need to negotiate steep streets and stairways between high whitewashed walls.

Locals take great pride in their homes, decorating their balconies and doorsteps with fresh flowers, and painting their shutters in blues and greens.

If you need a breather you can always take the weight off at one of the many cafes and restaurants in this part of the city.

Right next to the old town is a very serviceable beach, if you don’t want to travel far for a dose of sea and sand. Playa del Postiguet is a finger of golden sand washed by very light waves.

You have to wade out quite far before the sea even reaches waist-height and from the water, there are great views back to the dominant walls of Santa Barbara.

Given its size and location, the beach can get a bit hectic in summer, but the central location means there’s no shortage of places to pick up lunch.

6. Marvel at the Basilica of Santa María 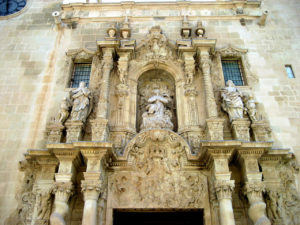 The oldest most magnificent church in the city is close to the foot of the mountain, and a few streets from Postiguet Beach.

Like many churches in Spain Santa María was built over a former mosque after Alicante had been taken back from the Moors in the 13th century.

The first thing you’ll notice is the church’s sombre-looking twin towers. What’s interesting about these is that even though they look identical, the one on the right is from the 1300s, while the left one is actually from the 1800s.

Within check out the gothic 14th-century statue of Santa María and a medieval incunable, an early printed book from the 1200s.

A fun fact about this attraction devoted to modern art is that it’s housed in Alicante’s oldest secular building, a former granary constructed in 1687 next to the Santa María Basilica.

It was founded in 1976 by the Alicante sculptor Eusebio Sempere, displaying his private collection. There are some 800 pieces in the collection, representing many the most celebrated 20th-century artists, including Picasso, Francis Bacon, Salvador Dalí and Joan Miró.

Only a third of the works can be displayed at any time, and the display is rotated throughout the year, so no two visits will be the same.

There’s a wide array of Blue Flag beaches an easy drive from Alicante; you’re on the Costa Blanca after all. If you want lots of space then Saladar Beach to the south of Alicante is a 1600-metre-long sweep of golden sand.

There isn’t much by way of tourist development here save a few isolated apartment blocks on the edge of the dunes.

In the other direction, on Alicante’s northern outskirts is Playa de la Albufereta. This was the harbour for the Roman settlement of Lucentum and is a spotless bay with gentle waters backed by resort towers.

The Costa Blanca also means an abundance of golf courses. There are 15 within the province, all at reasonable driving distance.

If you don’t want to venture too far Alicante Golf Club is a 15-minute drive from the city centre and was designed by Seve Ballesteros. This 18-hole par-72 makes a nod to the local Roman heritage in the shape of recreated Roman ruins that you have to try and avoid on the 14th hole.

Also, minutes away is Bonalba, another par-72 with a front nine that tests your short game and a back nine that rewards an accurate drive. 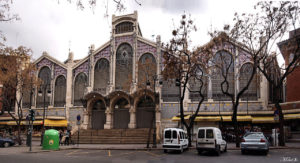 If you’re self-catering then there’s no excuse not to head for this large covered market on the upper side of Alfonso el Sabio. Central Markets are like food cathedrals in Spain, and Alicante’s is no exception.

There’s a plethora of fish and meat stalls, and endless inspiration for amateur chefs! The seafood stalls are a particular highlight, with their counters almost overflowing with crabs, lobsters, squid and much more besides.

Fresh fruit and vegetables also abound, and you’ll be able to seek out some regional specialities like turrón nougat and Mistela, a sweet dessert wine.