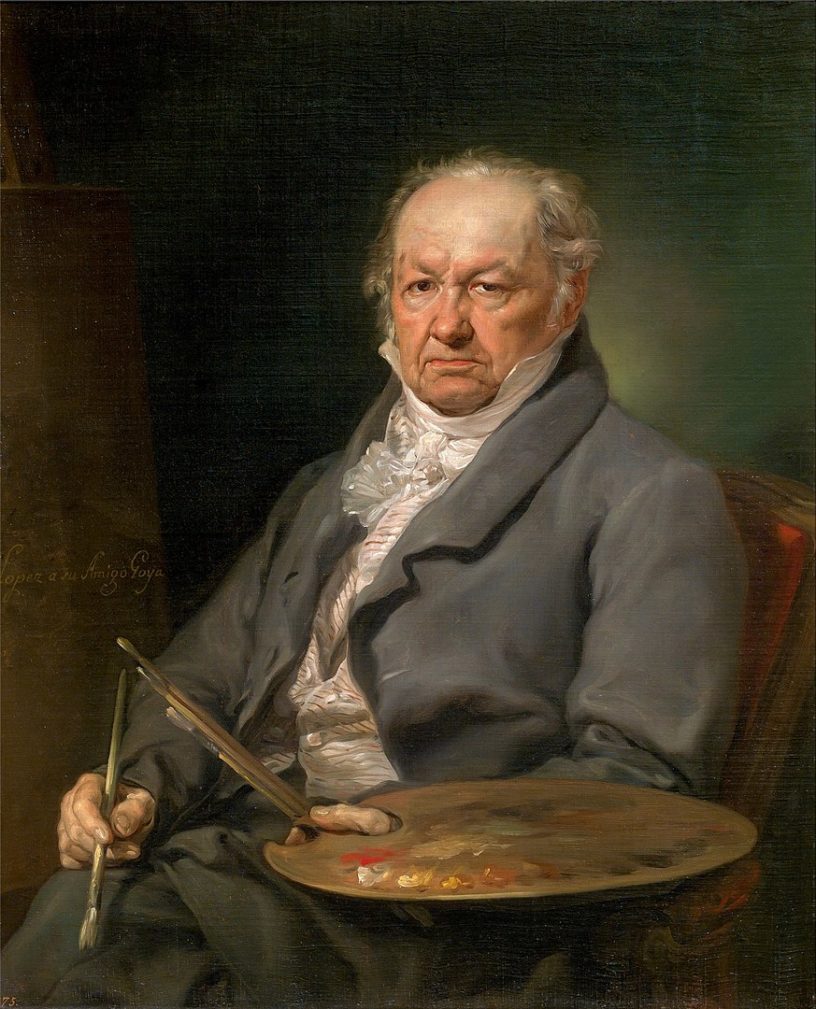 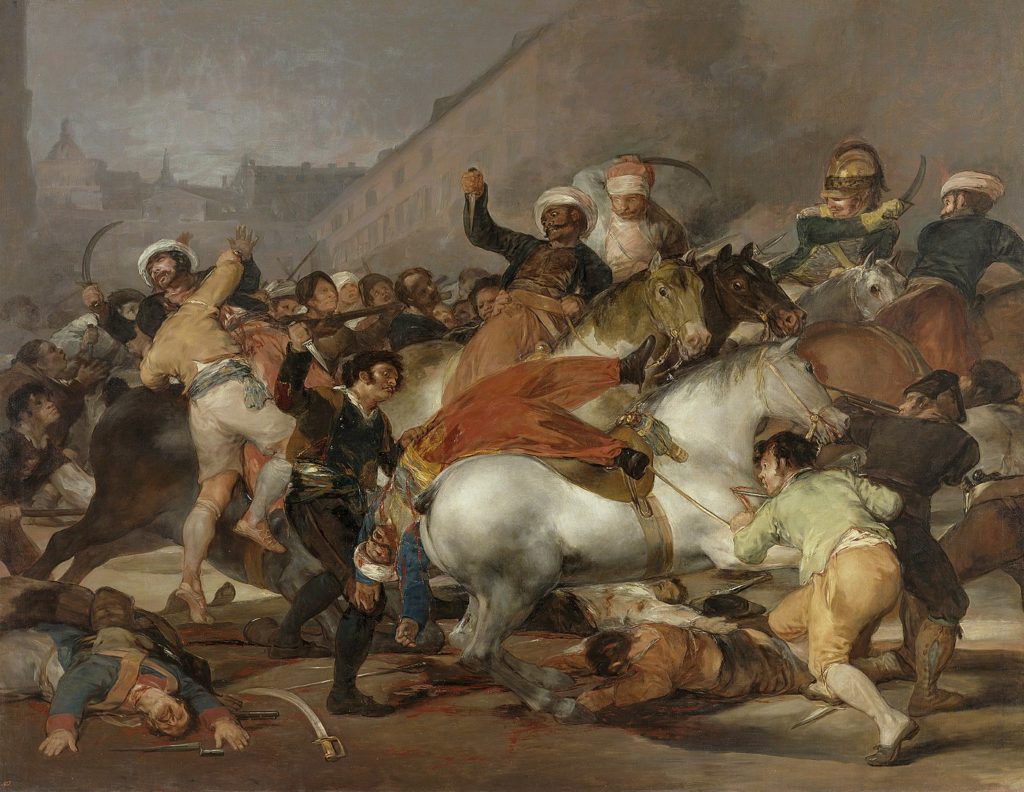 The Second of May 1808 By Francisco Goya – Wikimedia

Francisco Goya is best known as a romantic artist from the 18th century. He incorporated emotions in his paintings and etchings.

He was born in 1746 in Aragon Spain. His parents, Jose Benito de Goya Franque and Gracia de Lucientes y Salvador, had five other children.

Young Goya grew up in Zaragoza, his family moved there from Aragon after they bought a new home.

Goya is well remembered for his use of dark colours; what he saw is what he painted; he never made any of his subjects look better than they were.

He is regarded as the father of modern art and the last of the Old Masters. The Goya Museum in Castres, France is named after him and has the largest collection of his work.

There is more to learn about this Spanish artist. Here are the top 10 facts about Francisco Goya.

Francisco de Goya began his art studies as a teenager. He also spent time in Rome, Italy, to advance his skills.

Jose Luzan y Martinez taught him, and Goya would copy stamps for the four years he was trained.

His first job was at the Spanish royal court in the 1770s. He also got commissioned to do portraits of noblemen in society.

Some of his paintings criticized the social and political issues of his time.

While in Madrid, Goya spent time studying the works of Raphael Meng who was a famous painter that worked for the Spanish royalty.

2. Goya took part in a painting competition while in Rome

Rome used to be the cultural capital of Europe. The city held all the prototypes of classical antiquity. Spain on the hand lacked any sense of the artistic vibe.

Goya applied for scholarships to attend art school in Rome, but he was unsuccessful. Regardless, he moved to Rome and opted to finance his education.

While in Italy, Goya took part in a painting competition in Parma. He did not get to the top prize but was second.

That same year, Goya went back to Zaragoza. 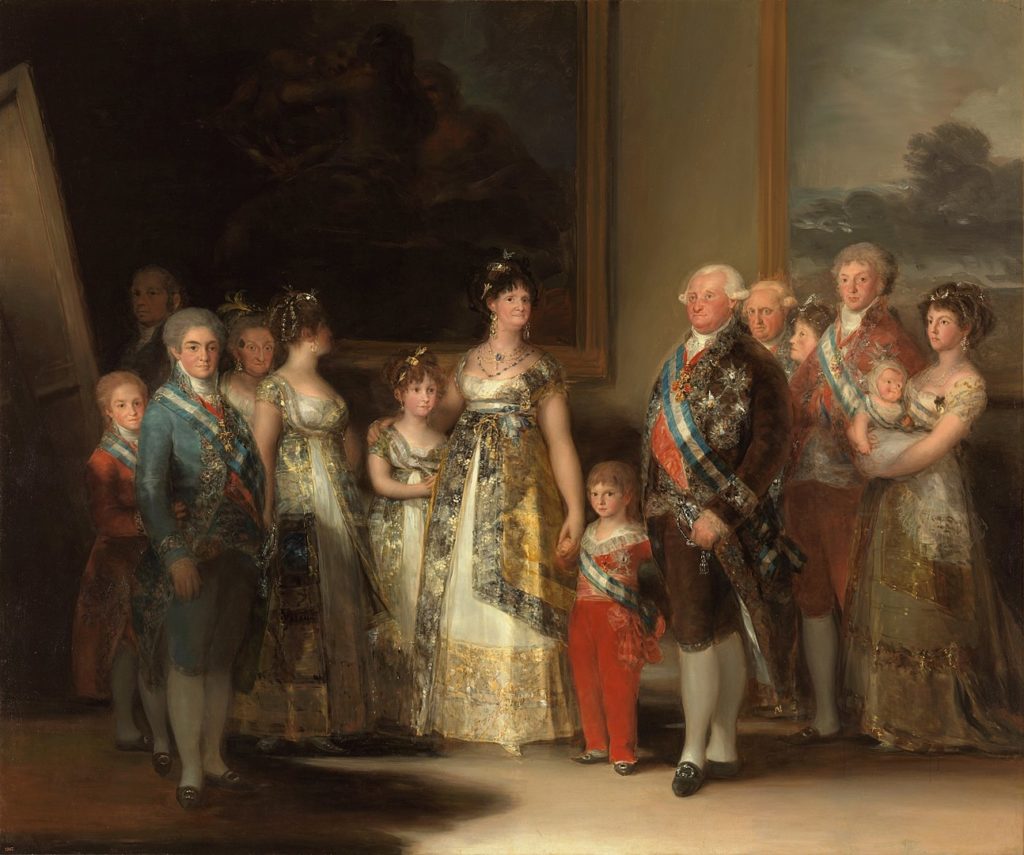 Charles IV of Spain and His Family, 1800 By Francisco Goya -Wikimedia

Securing a job as a court painter was not easy. It meant that one had to be the best. Goya was this person. He was the designated painter for King Charles III.

His work entailed creating emotional works of social and political protests. His work in romanticism told of his experiences and influence too.

In 1783, the Count of Floridablanca, commissioned Goya to paint his portrait. Goya soon became friends with the King’s half-brother Luis.

The two spent two summers working on portraits of both the Infante and his family.

He painted for the royalties and monarchs of his time, among his clientele were other famous people too.

All was going well for Goya until 1792. He became ill, no one knew what the malady was. Goya recovered but he became completely deaf.

This greatly affected his life and work subsequently. His work became dark and melancholic. His previous work had colour and light.

His paintings featured monsters and lunatics, a reflection of his worldview at the time.

5. He chose to live a quiet and private life towards the end of his career 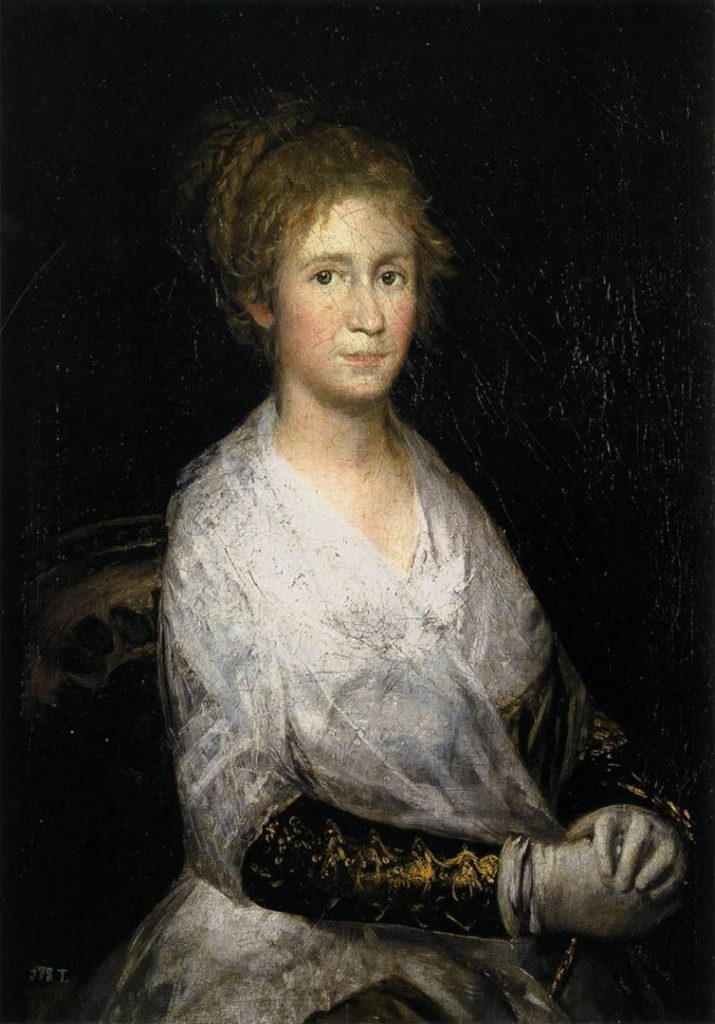 The repercussions of his illness made Goya a loner. He withdrew to himself and kept most of his work hidden from the outside world.

Goya led a very private life and the only person who took care of him was a distant relative. It is believed that his maid had similar features as Goya’s late wife.

Some of the portraits that he did of the two women would bear the title Josefa Bayeu or Leocadia Weiss.

At 75, while still in solitude, Goya finished the work of his 14 Black Paintings. All these were done in oil directly onto the plaster walls of his house.

It was not his intention to have the paintings exhibited because he never spoke of them nor write about them.

6. His sickness made him change the artwork he usually preferred 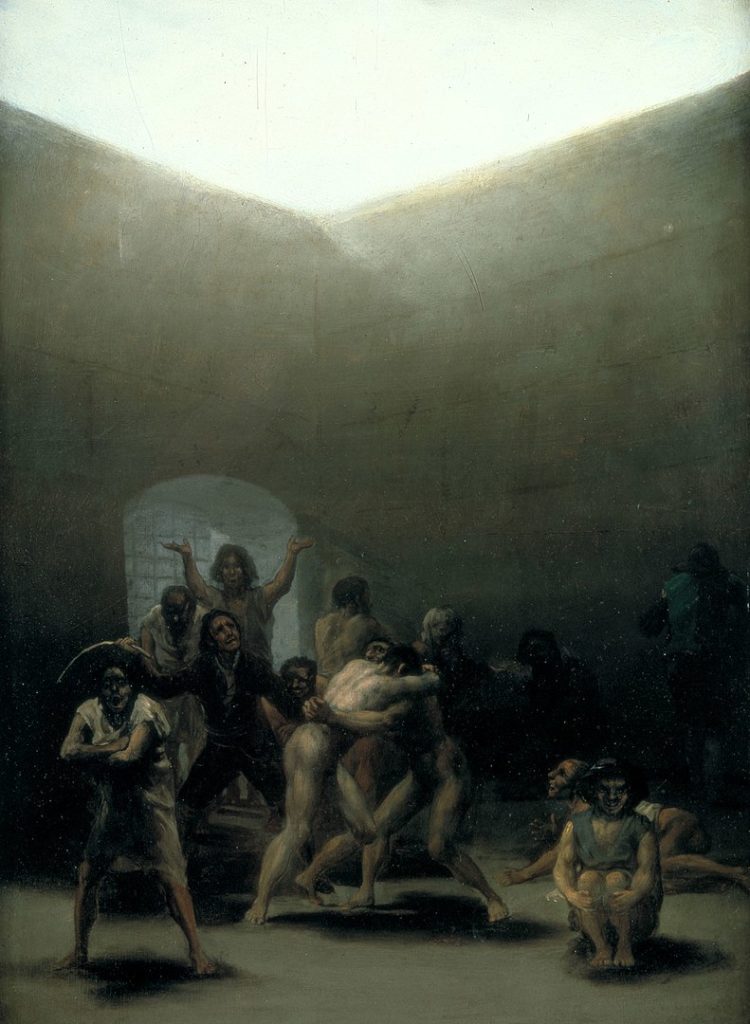 After his sickness that left him completely deaf, Goya’s personality changed from being an extrovert to being an introvert.

He also became interested in evil spirits, he avoided large canvasses and opted to do sketches whilst preparing his prints.

In 1793, Goya produced a series of panels. They were a scene in a madhouse, a bullfight, and an Inquisition scene. He presented these to the Academy of San Fernando.

7. Goya was greatly affected by the Peninsular War

When the Peninsular War between France and Spain broke out, Goya experienced the brunt of the violence. He was greatly affected.

Goya did not publicly speak on the conflict but expressed his emotions through his art.

His Disasters of War print series, The Second of May 1808 and The Third of May 1808 are dark and evocative. They depict the atrocities on every side of the war.

8. After falling out with King Ferdinand, Goya lived in solitude

Once the Peninsular War was over, King Ferdinand VII returned to power in Spain.

His return was not warmly welcomed by one Goya. Their relationship was strained.

Goya moved to the countryside where he lived in solitude. His wife had died during the war and he had gotten ill twice, and almost died both times.

While Goya painted royal portraits, none of them was directly commissioned by the King.

9. Goya is considered to be the master of imitation

Goya learned to paint by imitating his teacher’s stamps. He mastered this skill and was able to copy the work of any great masters. Some of the works that inspired him were by Diego Rodriguez and also Rembrandt van Rijn.

10. Goya was the first artist to paint a nude woman 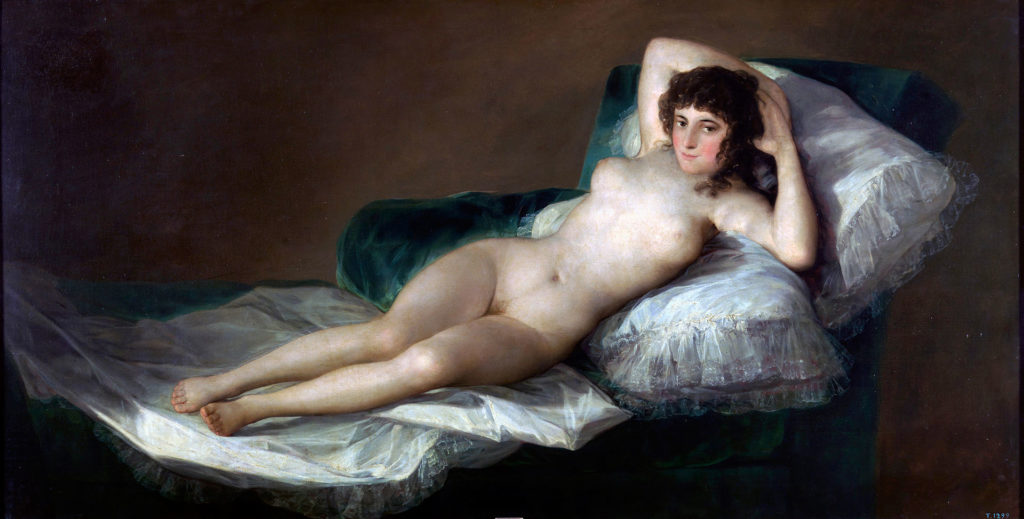 Until 1790 most painters portrayed mythologies in nude paintings.

Goya became the first Romanticism painter to paint a naked human, his first was a woman. This was a major break in the tradition of painting.

The Nude Maja was painted for nobleman Manuel de Godoy. It was rumoured that Goya had an affair with the Duchess of Alba.

There are other versions of the painting with the woman in a dress.