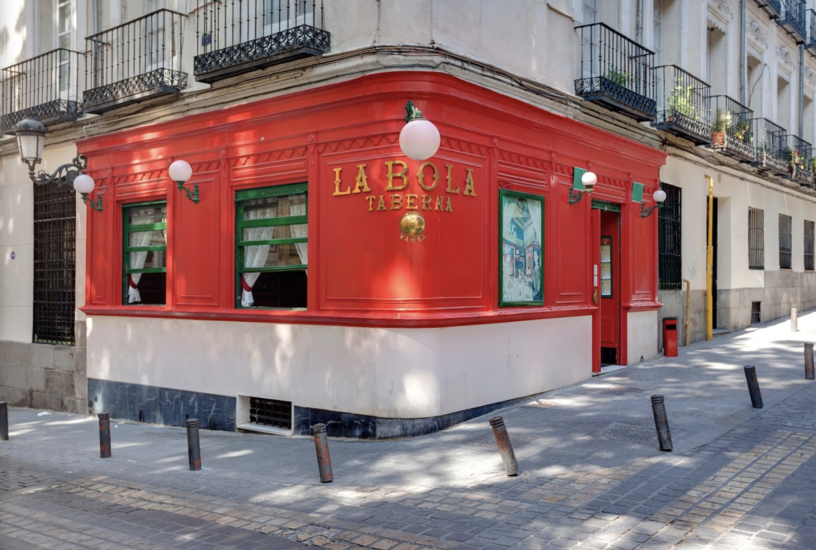 If you’re on the hunt for “traditional” Spanish food, the first thing you need to know is that this particular cuisine is a spectrum, and it is very difficult to pinpoint dishes that outweigh others in the race to be deemed ‘authentic Spanish’.

You see, Spain was once a cluster of many separate countries, all with their own unique, diverse cuisines. Their joining as one nation means that the food in the north is very different to that of the south, as is the east and west, respectively.

Finding traditional Spanish food is easy in the big cities, such as Madrid and Barcelona, but acknowledged that the dishes are going to be made truthful to how and where the chef or founder was raised in the country.

This tavern was founded by a Spanish family in the 19th century, and it is still owned and run by them. Lifelong residents of Madrid praise a dish called cocido, which is a hearty stew-like meal that is considered a test for one’s appetite.

It’s here in this quiet side-street that cocido seems to have been perfected, and you can sample it for yourself during your time in the Spanish capital. The dish is still cooked on open fire, just like the old days, and served in the very pot it’s made in. 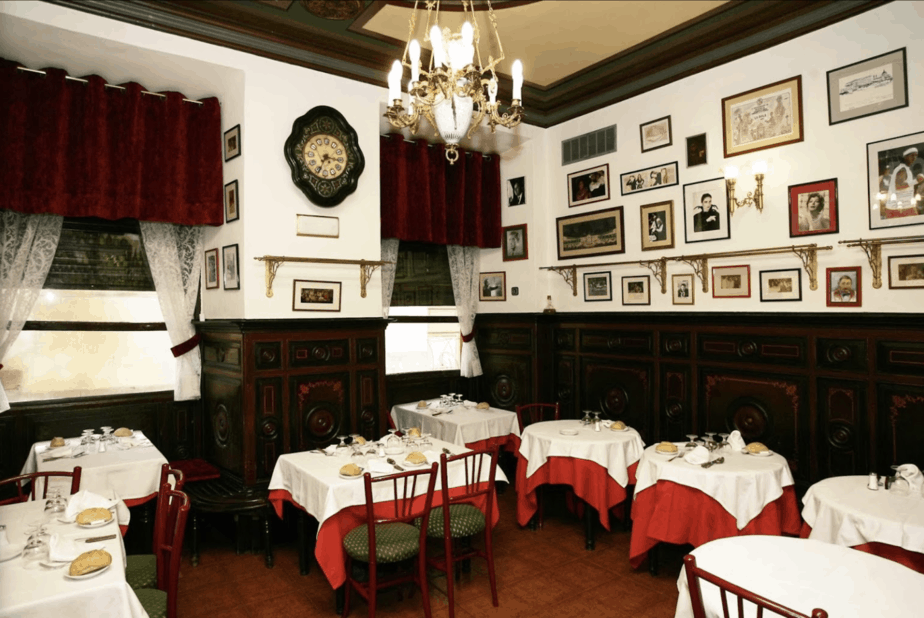 Note that you can only eat at la Bola during lunchtime; there is no dinner service at this historic spot.

La mi Venta is a cave-style restaurant near the Sabatini gardens. Come with high expectations and behold as they are absolutely exceeded.

This Spanish gem has been around for 60 years and counting, also owned and run by the same family who started it. The food is about as authentic as you’ll find in this part of Spain, with great precision taken in preparing dishes just as they would have in the bygone era. 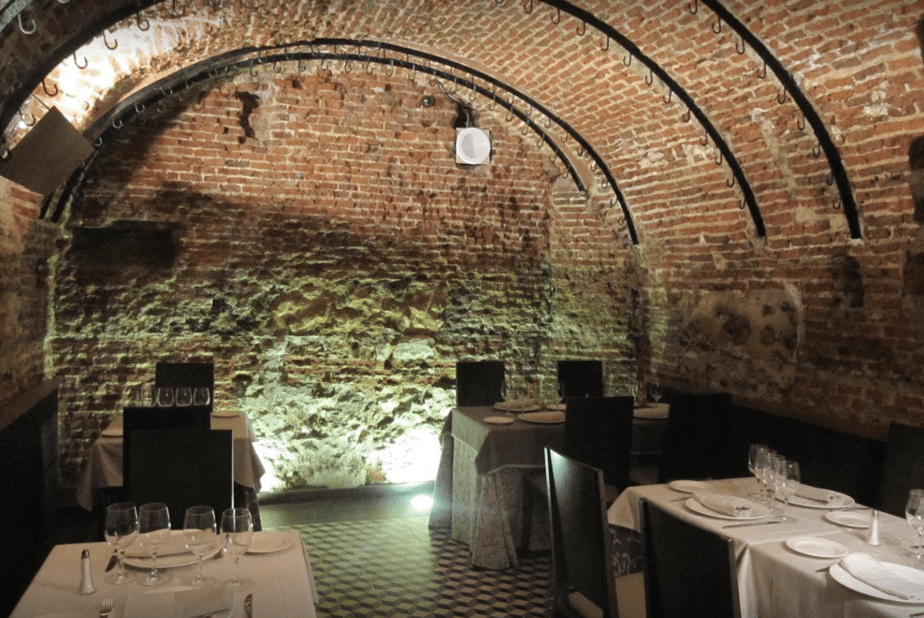 If you find the menu overnwhemig, allow your server to recommend the top dishes based on your dietary specifications. They have quite the knack at making sure that you get the most worthwhile experience.

When I heard that Penelope Cruz frequents Casa Lucio while in Madrid, I knew I wanted to dine there.

This establishment is known for a myriad of historic rendezvous over the past few decades, as word has quickly spread about its very traditional take on Madrid cuisine.

Again, allow your serve to guide your meal choice. And if you’re a fan of eggs, you need to try their huevos rotos. Word on the street is the Casa Lucio may have the best olive oil in Spain.

To read more about a Spanish breakfast, click here!

According to the Guinness Book of Records, Sobrino de Botín is the oldest restaurant in the world. It was founded back in 1725, making it worth of such a title. Earnest Hemingway himself referred to their roast, suckling pig in one of his novels.

Expect to be dazzled by an elaborate display of traditional Spanish dishes, and a lot more meat than you probably bargained for. Booking is essential, and dinner service is recommended for full effect. 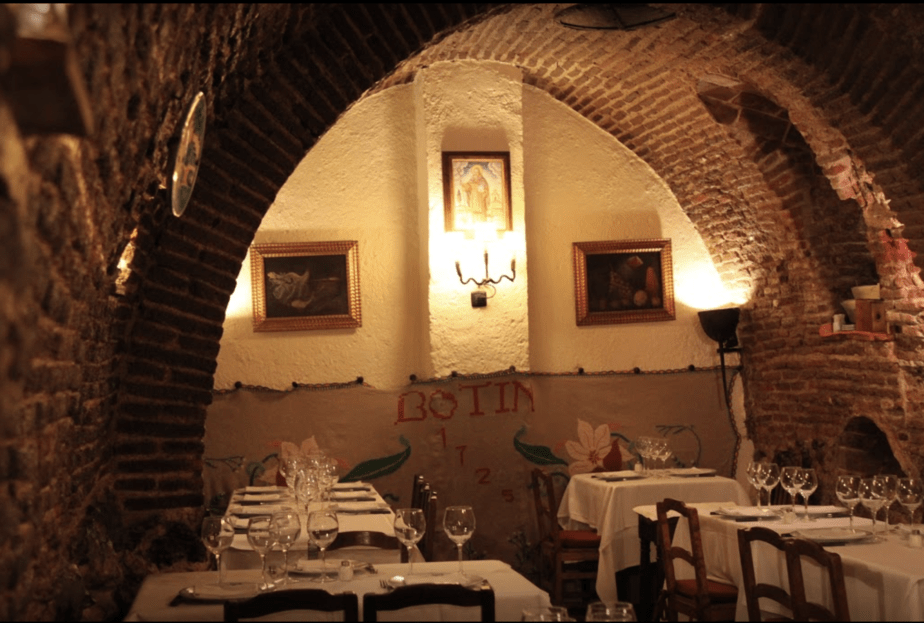 AlliOli is a hole-in-the-wall, and an unlikely contender for the award for best food in Spain.

That being said, this spot is probably making some of the most authentic and traditional Valencian food outside of Valencia itself. It’s understated, it’s unexpected and it’s utterly fabulous.

If you like seafood, this is the spot to be in Madrid. Portions are affordable but somehow the bill seems to add up, as most people simply can’t stop ordering different dishes to try.

I’ll say it before somebody else does: Malaspina is a tourist trap, and service is typically slow in Spanish style.

That being said, it really is a great opportunity to taste some traditional tapas dishes, made affordably and comfortably.

The space is small but cozy, and it’s situated in an old Madrid building with a local feel to it. A great spot for late night dining on traditional Spanish food! 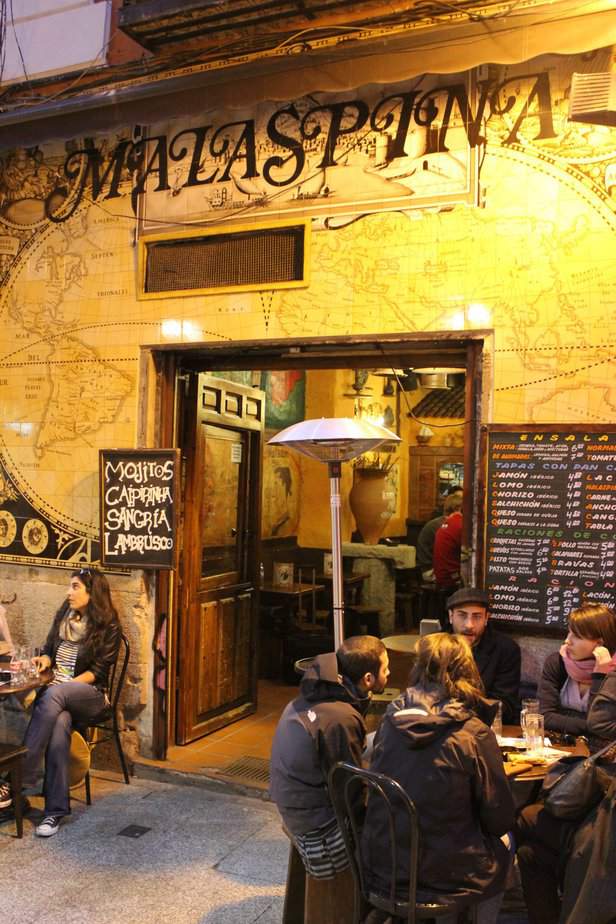 Malaspina in Madrid – by Malaspina – Sourced from their Instagram

Another spot where royals and celebrities like to hang out whist in Spain. There is a rich history to this specific location, but I’ll let the servers inform you on arrival, as this comes with the territory.

The menu is traditional Castilian food, and there are few places in this part of the city that get it this right. Arrive early and enjoy a drink at the bar while you soak in the atmosphere. 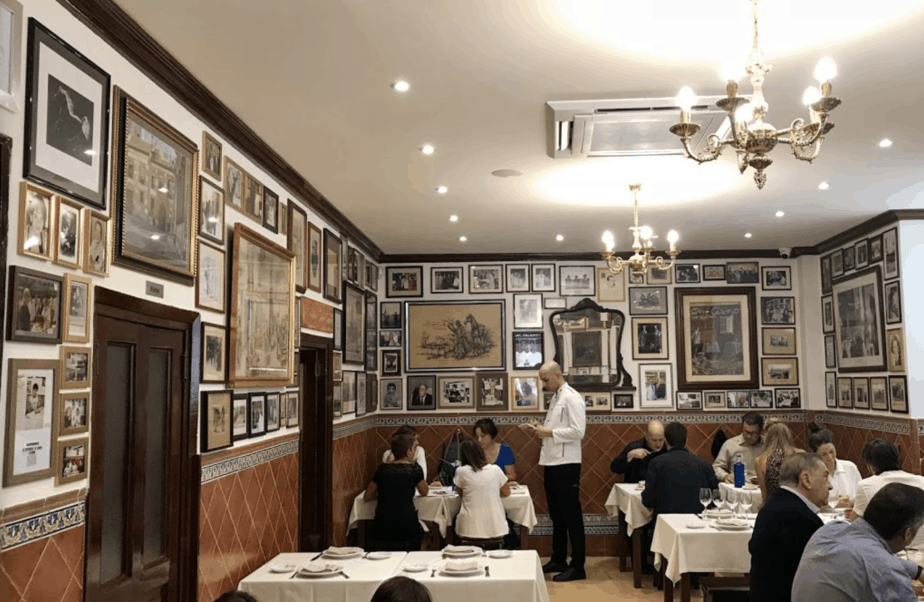