Top 10 Unbelievable facts about the Okavango Delta in Botswana 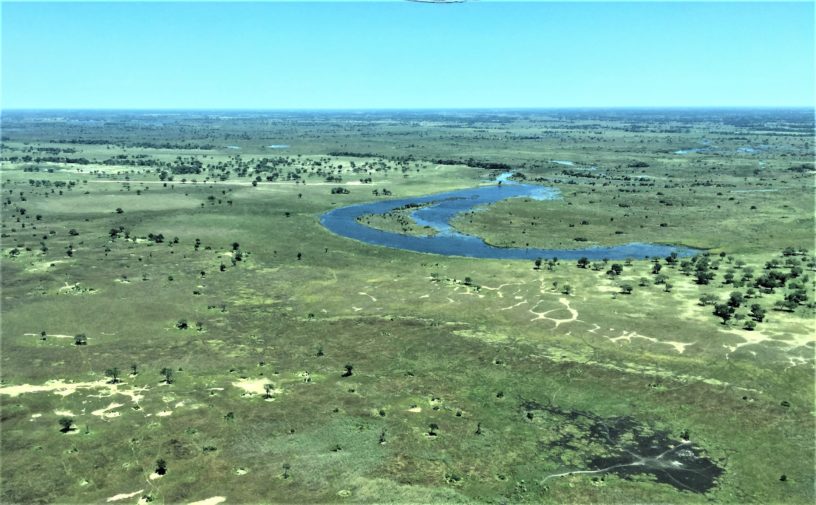 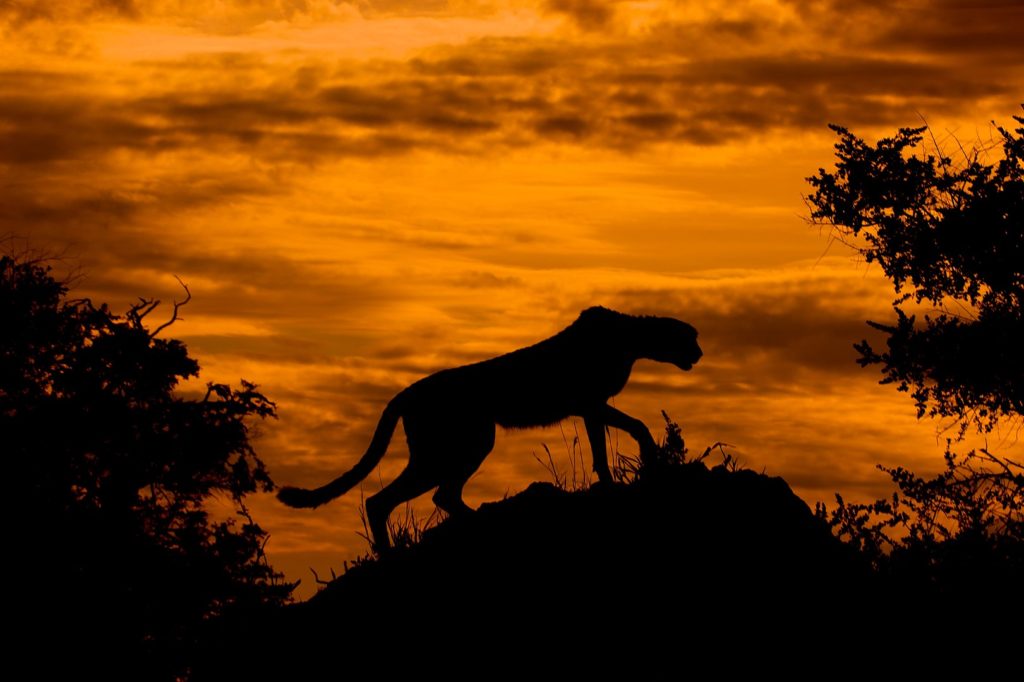 Top 10 Unbelievable facts about the Okavango Delta in Botswana

This is one of the continent’s most famous tourist destinations. Found in the northern part of Botswana, the Okavango Delta is the largest inland delta in the world.

While most rivers drain their water into lakes or oceans, the Okavango river flows into the Kalahari Desert in Namibia; hence the name the Jewel of the Kalahari.

The Okavango River is seasonal ad is formed as a result of the heavy summer rainfalls in the Angolan highlands. This period is usually from March to June every year.

During heavy rains, the savannah around the delta gets flooded, subsequently, creating a web of picturesque waterways for more than 9330 miles.

There is an abundance of wildlife at the Okavango Delta such as cheetahs, African elephants, black rhinos, lions, African wild dogs, buffalo, hippopotamus, and crocodiles.

Fun activities to do while here include; fishing, birding, boating safaris, and touring local villages. This makes the delta the best place to experience the African Safari.

With that said, check out the top 10 unbelievable facts about the Okavango Delta.

The Okavango Delta in Botswana is one of the world’s largest inland deltas. This delta swells and spills in the surrounding savannah during heavy rains.

A geographical event, the shift of tectonic plates forming the Great Rift Valley, that happened more than 50,000 years ago made it possible for the river to flow from the highlands to the desert. 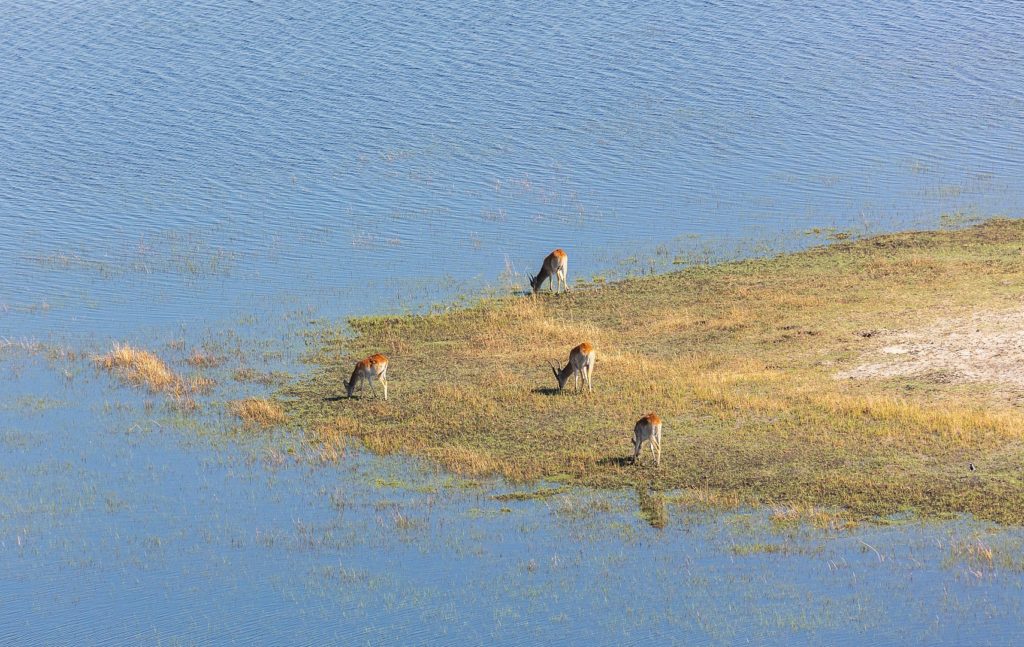 This may sound odd but this delta is relatively young, geologically speaking. It is only 60,000 years old.

Before the Great Rift Valley was formed, the Okavango River flowed through Botswana and drained its water in Makgadikgadi pans.

More than 11 trillion litres of water flow through the Okavango River annually. With the lush ecosystem, the Delta is home to several species of animals and birds.

This massive delta was named a UNESCO Heritage Site in 2014. It became the 1,000th UNESCO World Heritage Site.

As one of the few rivers that drain its water in the land, in this case, a desert, it earned its place in the Heritage Site. 0kavango delta is one of the largest inland deltas on earth.

Some of the endangered animals that call this Heritage Site home are the black and white rhinos, wild dogs, lions and cheetahs.

4. Tourist activities are restricted to preserve the Okavango Delta 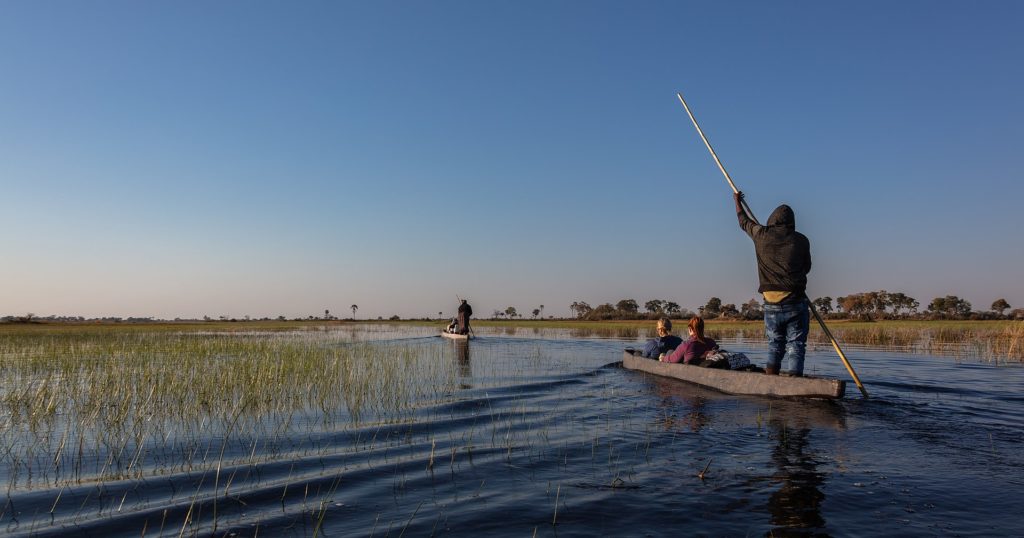 One unique feature of the Okavango Delta is its remoteness. It gives it the true sense of being wild.

Tourism here is controlled by the government since they intend to have minimal human activities around the delta for conservation purposes. There are camping sites but very limited.

The best month to visit the Okavango Delta is during the dry season. This is usually between September and October.

In case you want to see it flooded, then a visit between April and November is the best time to visit.

5. The main source of the Okavango Delta is in Angola

The water that keeps the Okavango Delta flowing comes from the highlands in Angola.

This water flows as Cubango River in Namibia, into Botswana and runs further South.

A few million years ago, the river flowed in a different course, it drained its water into Lake Makgadikgadi. The lake dried up and is known as the Makgadikgadi salt pans.

The waters spread over 155 by 93 miles of the delta between March and June. However, the evaporation ad transpiration rate of the water in the river happens fast due to high temperatures.

This delta has the highest concentration of wildlife in Botswana. The animal population here is so high, that the government permits licenced game hunting every few years.

6. Okavango Delta is one of the Seven Natural Wonders of the World 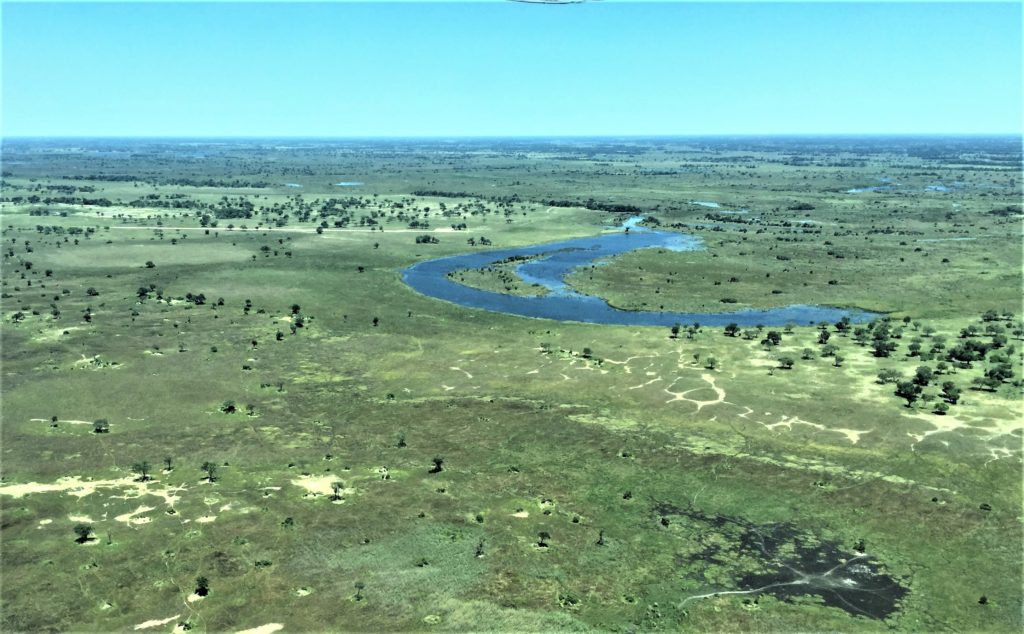 You probably were expecting this next fact; this Delta has been listed as one of The Seven Natural Wonders of Africa.

It made its debut in 2013, same year other great African landmarks were listed. The Other wonders are the River Nile, the Ngorongoro Crater, the great Serengeti migration, the Sahara Desert, Mount Kilimanjaro and the Red Sea coral reef.

What made it stand out ad qualify was its uniqueness and splendour. This makes it one of the most protected areas that offers a pleasant Safari experience.

The landscape here is surreal during the wet season when the delta floods.

7. The Okavango Delta is home to thousands of islands

It is no surprise that there are islands on this magnificent delta. In fact, there are than 150,000 islands that vary in size.

The biggest is Chiefs Island which is found in the centre of the delta. A look at it gives a split perspective of the area in the past.

Visiting this island will take you back in time. Chiefs Island is 43 miles long and 8 miles wide.

This name stuck after the island was reserved as a private hunting ground for a chief.

There are a couple of luxury lodges found here that offer perfect wildlife spotting services.

Other islands found on this delta are too salty to support plant life. The only plants that have survived there are palm trees.

8. The Okavango Delta is an animal sanctuary

The Okavango Delta is one of the world’s leading wilderness destinations in Africa. You will find Elephants, buffaloes, giraffes, hippos, antelope, leopards, hyenas, zebras and crocodiles.

This number increases during the dry season when more than 260,000 animals come here for water and green pasture.

There are more than 400 species of birds that live here. Some of the bird species you will spot include the African fish Eagle, the Hammerkops, the lilac-breasted roller.

To experience this, a Mokoro (a traditional canoe) is used to cruise the river.

9. The Okavango delta is also home to some ethnic tribes

Each of the tribes speaks a unique language and have unique cultures. They are mostly known for fishing, hunting and foraging for edible plants.

These tribes live on the edges of the delta. One constant threat to their livestock is tsetse flies. However, the threat is subsequently decreasing since the government is taking measures to control their spread.

10. The Okavango Delta is home to massive crocodiles 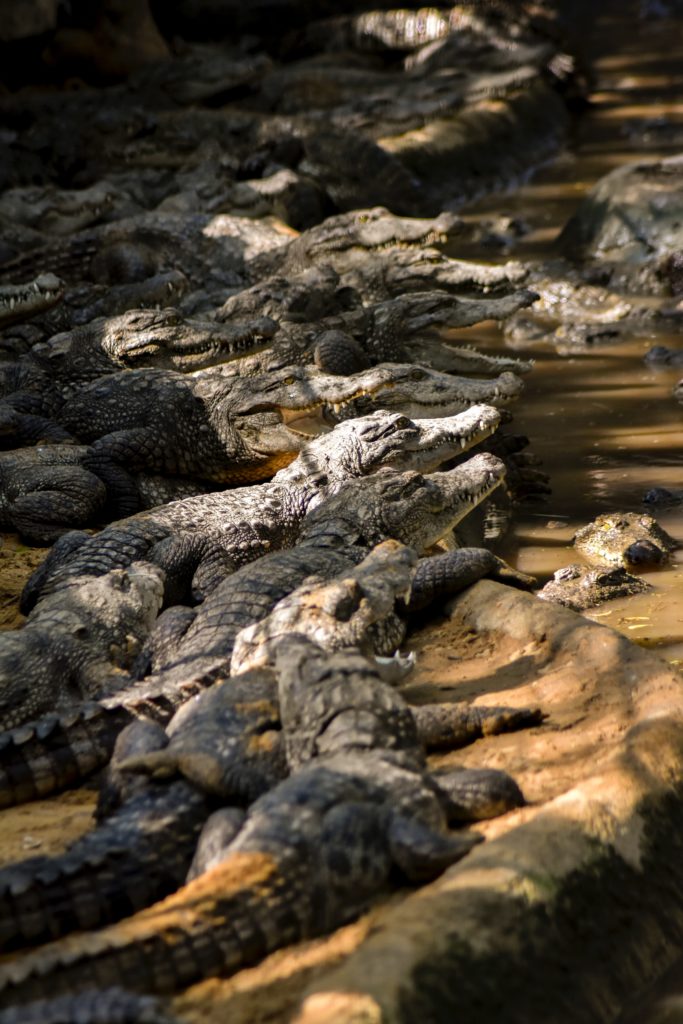 Photo by Rangarajan Ragunathan on Unsplash

A large population of crocodiles found in Botswana are found in the Okavango Delta. They live in lakes, rivers, and mangrove swamps.

These crocodiles can exceed 1000kgs in weight.