Singapour – Activities & Things to do 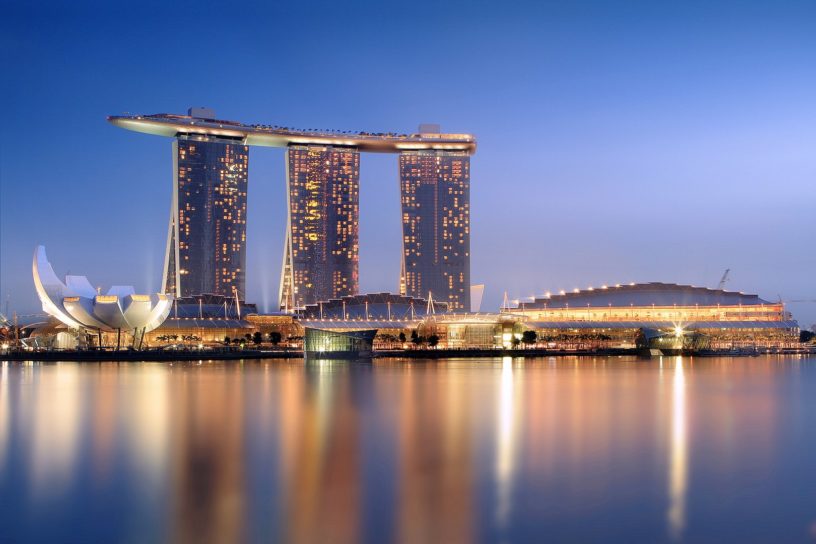 Photo by Some for mof human - Wikimedia 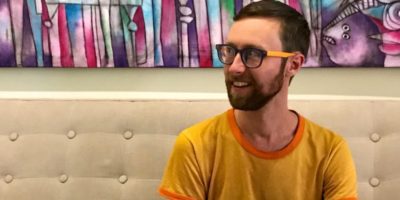 The Paris interview with Sam Wood

The best of Japan culture, food and restaurant in Paris 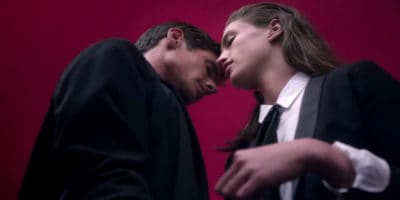 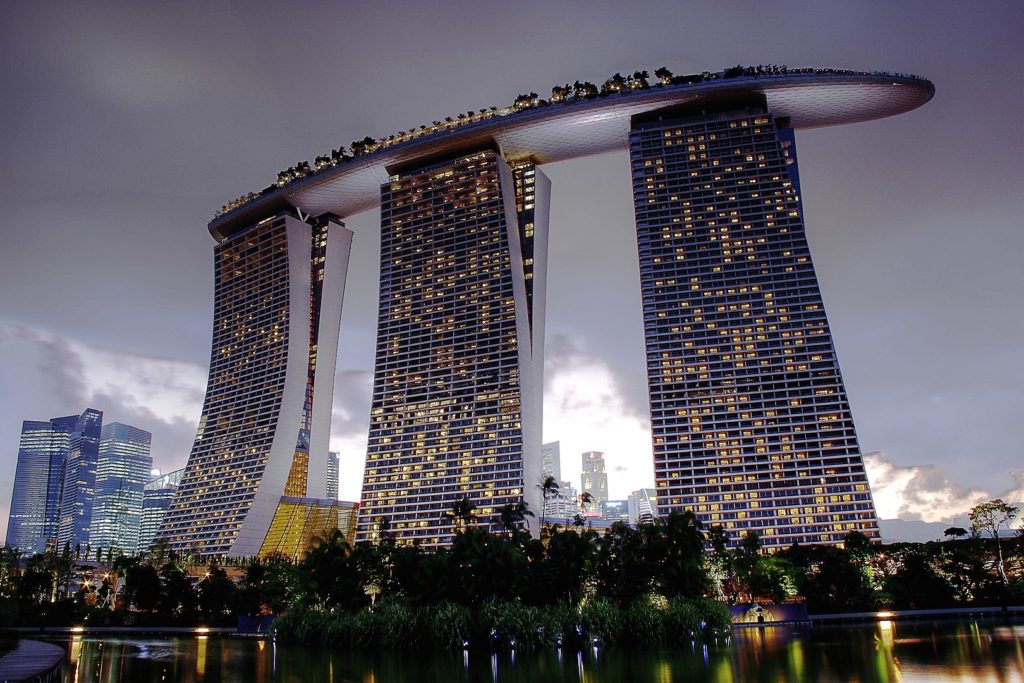 Singapore city has several towering skyscrapers, but only one building sticks out, the Marina Bay Sands.

Marina Bay Sands is an integrated resort fronting Marina Bay in Singapore. It is owned by the Las Vegas Sands Corporation.

The Marina first opened its doors in 2010 and it is regarded as the world’s most expensive standalone casino property.

Built on 20 hectares of reclaimed land, the total money spent to construct this massive complex was US$6.88 billion, including the land cost.

This building has a hotel with more than 2000 rooms, a convention/exhibition centre, a mall, museum, theatre and a floating pavilion among other facilities.

There is an infinity pool at the top, the world’s largest and highest pool. However, only hotel guests are allowed to swim in this pool. It is one-hectare long.

Here are the top 10 surprising facts about Marina Bay Sands in Singapore.

This event has taken place at this venue every year since its inaugural flag off in 2008.

The area also hosts the annual i Light Marina Bay which is a sustainable light art festival. 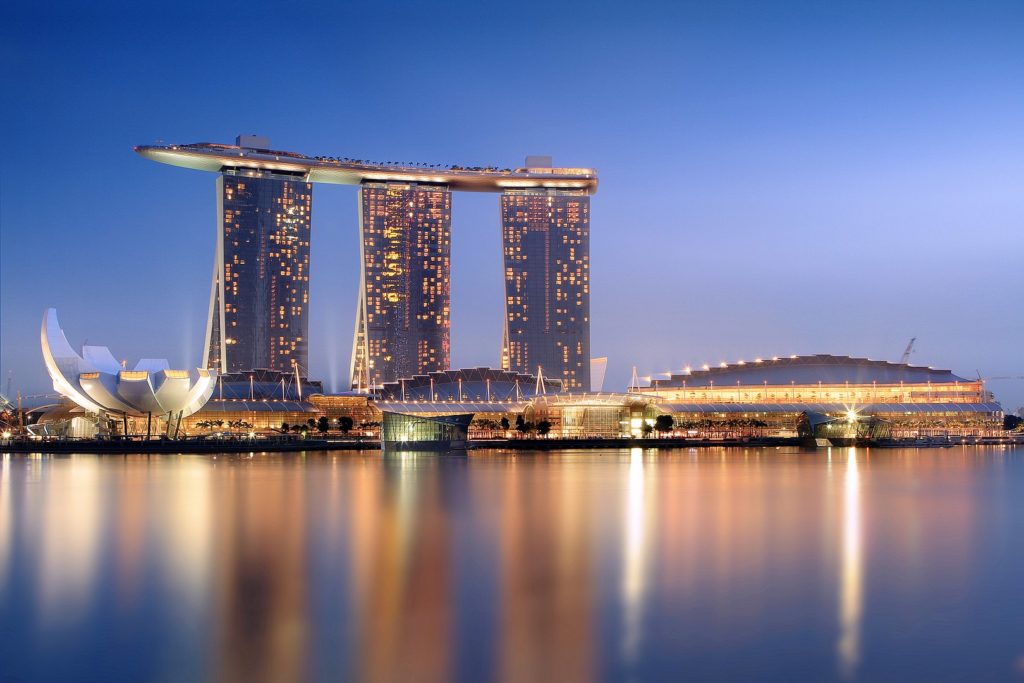 Photo by Some for of human – Wikimedia

The official opening date of Marina Bay Sands was originally set to open in 2009. However, there were construction delays caused by increasing costs of material as well as labour shortages from the outset.

Other projects were also delayed, due to financial crisis, for the sake of this integrated resort.

Las Vegas Sands, the owners of the resort, opened the Marina Bay Sands in stages after getting approval from Singapore authorities.

The resort and SkyPark were opened in June 2010 as part of a two-day celebration. This followed the earlier opening of the casino that year.

That same year, they completed the theatre and it hosted its maiden performance of River dance in November.

There is also an indoor skating rink, which uses artificial ice, that was opened in December. Michelle Kwan did her performance there.

3. The design of Marina Bay Sands was inspired by a deck of cards

The resort is designed by architect Moshe Safdie. He drew his inspiration from a deck of cards.

Its most prominent features are the three hotel towers that have 2,500 rooms and suites. There is a long and open lobby that links the three towers.

Marina Day Sands is also home to one of the largest casinos. The casino features a four-storey central atrium that has four levels of gaming and entertainment in one space.

Other attractions housed in this fine establishment include the ArtScience Museum, and a convention centre, a three-acre park on top of the building with swimming pools, gardens, and jogging paths.

A distinctive feature of the hotel is the SkyPark. Its outer shell was pre-fabricated off-site in 14 separate steel sections that were then assembled on top of the towers.

4. The Sky Park at Marina Bay Sands has the longest elevated swimming pool 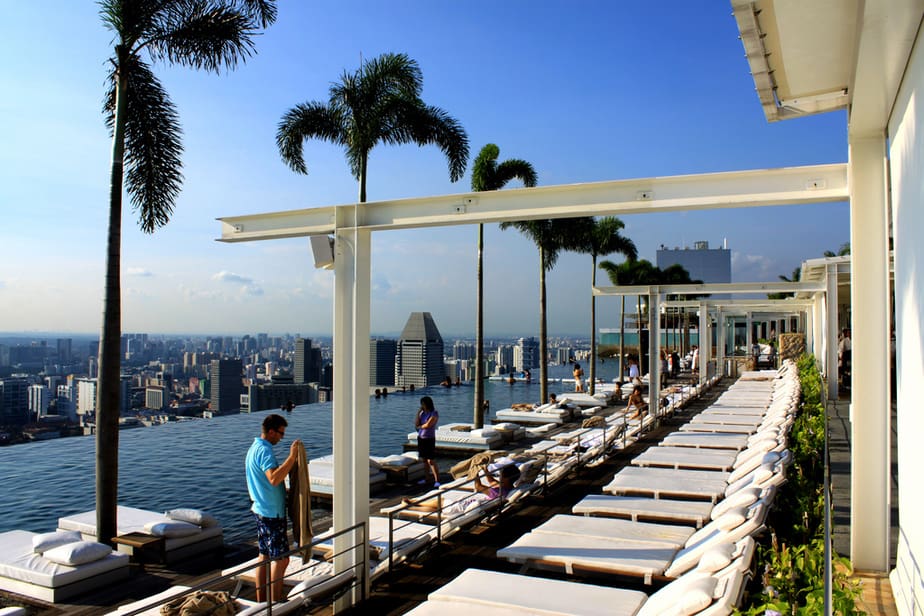 It is so unique that it has been featured by popular global companies like National Geographic and the Discovery Channel’s program Build It Bigger.

These companies were impressed by the bold and daring design of Sky Park. A modern engineering triumph, the Sky Park is 1-hectare long.

Made of stainless steel, it holds the world’s largest infinity-edge pool that has the capacity of 380,000 gallons of water.

There are also three big hydrotherapy spas, a wading pool as well as a reflecting pool at the Sky Park.

5. Marina Bay Sands is the most expensive casino 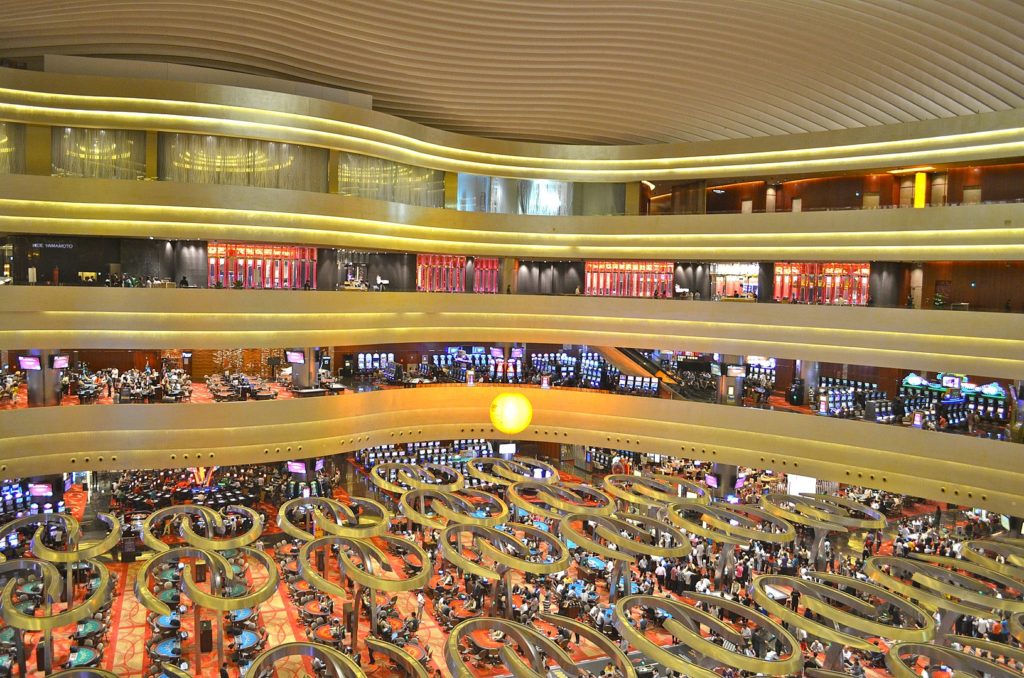 The initial investment pledged was $2.78 billion. This changed after the cost of material increased and they were faced with a labour shortage.

For this reason, the contracted company had to stop all its other projects and pour all its resources into the Marina Bay Sands resort.

It was declared to be one of the world’s most challenging and expensive construction projects ever built.

The casino generates at least $1 billion in annual profit as it attracts about 25000 gamblers daily. They each pay a $100 entrance fee.

6. The land where the Marina Bay Sands is standing was reclaimed 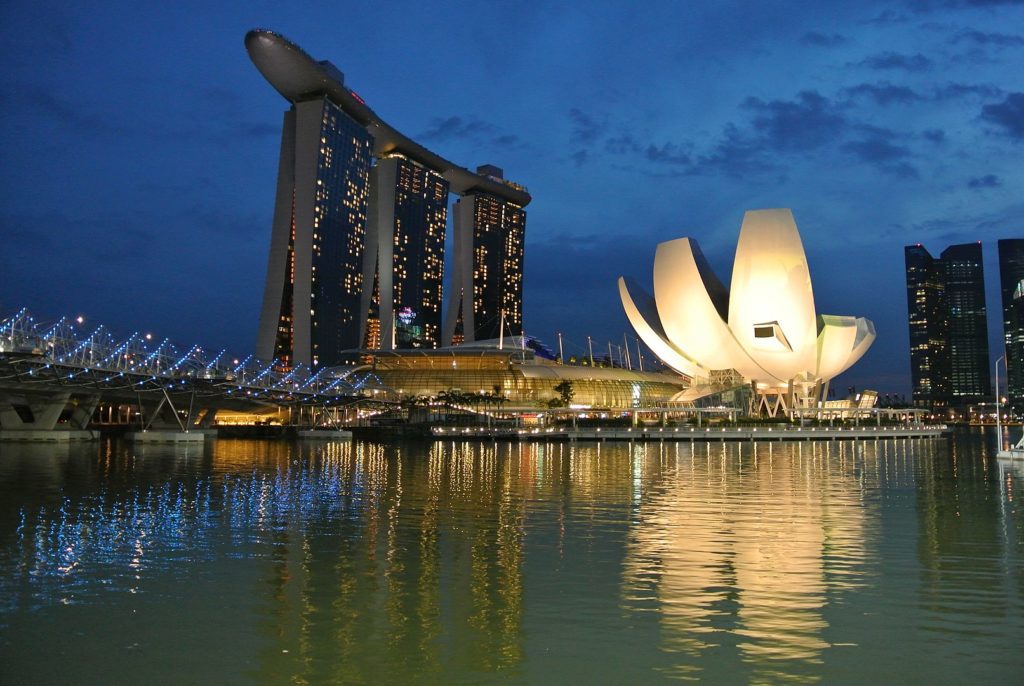 The idea of having a world-renown integrated centre was conceived in 1969. In that year, the Singaporean government started reclaiming land for prime waterfront property.

By 1992, they had reclaimed 360 hectares of land and planning for Marina Bay Sands began.

Part of the reclamation process involved redirecting the Singapore River’s mouth to flow into the bay instead of directly into the sea.

The master plan for the integrated resort was to ensure that they mixed commercial, residential, hotel and entertainment in one area for a 24-hour economy.

7. Marina Bay Sands was once involved in a controversy

Marina Bay Sands has been under the watchful eyes of the US department of justice for alleged breaches of anti-money laundering regulations.

There was also cases of retaliation against whistle-blowers by the management. A majority of them were former casino employees.

Another big controversy was when a gambler won a large sum of money from a ‘faulty’ slot machine. Claimed as a machine error by the casino manager, they offered the winner a car instead of cash.

8. This magnificent building has been featured in several TV shows

The towers of the Marina Bay Sands have been featured in multiple television programs.

In the 2016 movie Independence Day: Resurgence, the building is destroyed by an alien spacecraft.

It was also featured in the 2018 film Crazy Rich Asians in a B-roll of Singapore city. 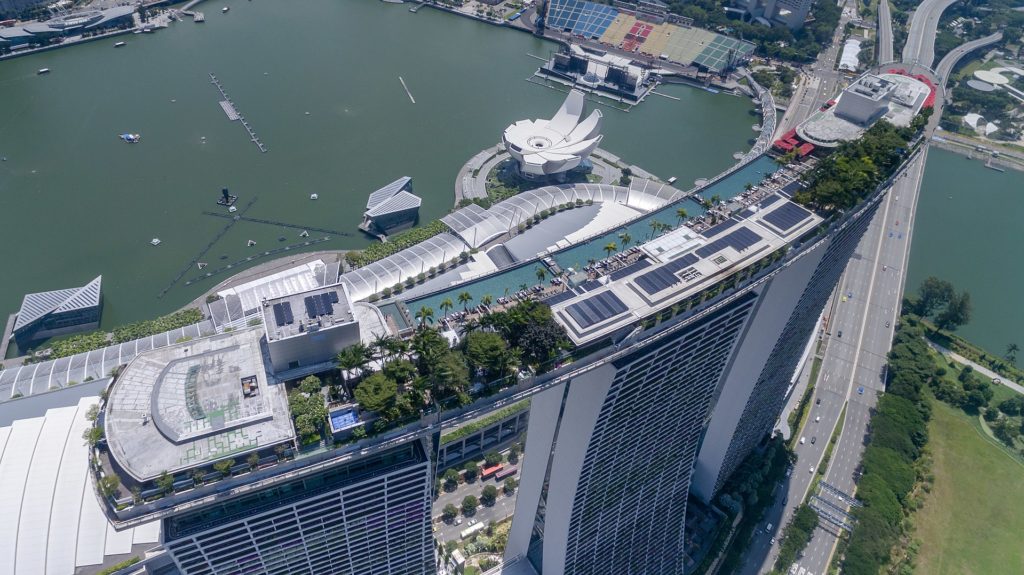 There are three hotel towers at Marina Sands Bay. These hotels are 55 stories each and have a total of 2,561 rooms.

The lobby on the ground level covers all three towers making it one giant lobby.

This hotel is one of the biggest hotels in the world, despite this, the Marina Bay Sands management announced the plan for a fourth hotel tower.

10. One of the most expensive restaurants in the world is found in Marina Bay Sands

Marina Bay Sands is home to Waku Ghin which is said to be one of the most expensive and best restaurants in Singapore.

This hotel was designed by Yohei Akao an award-winning designer from Japan. It features a minimalistic interior and natural materials were used to pay homage to its Japanese heritage. 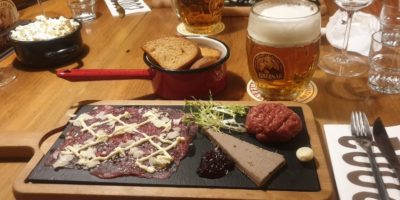 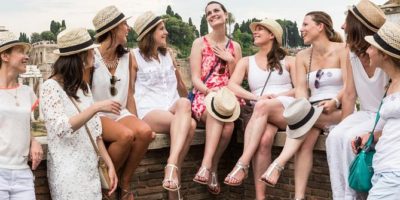 5 Ideas for a Bachelorette Night in Rome