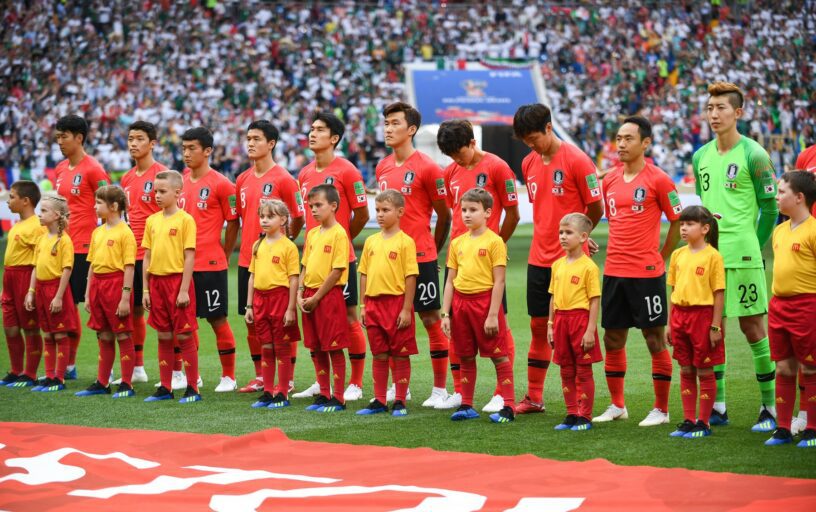 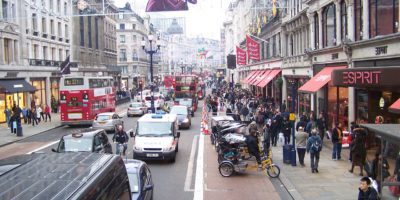 10 Things You Shouldn’t Do In London 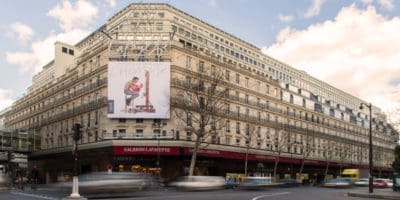 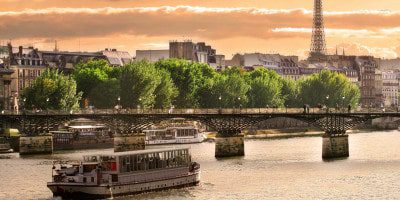 Things you will find only in Paris 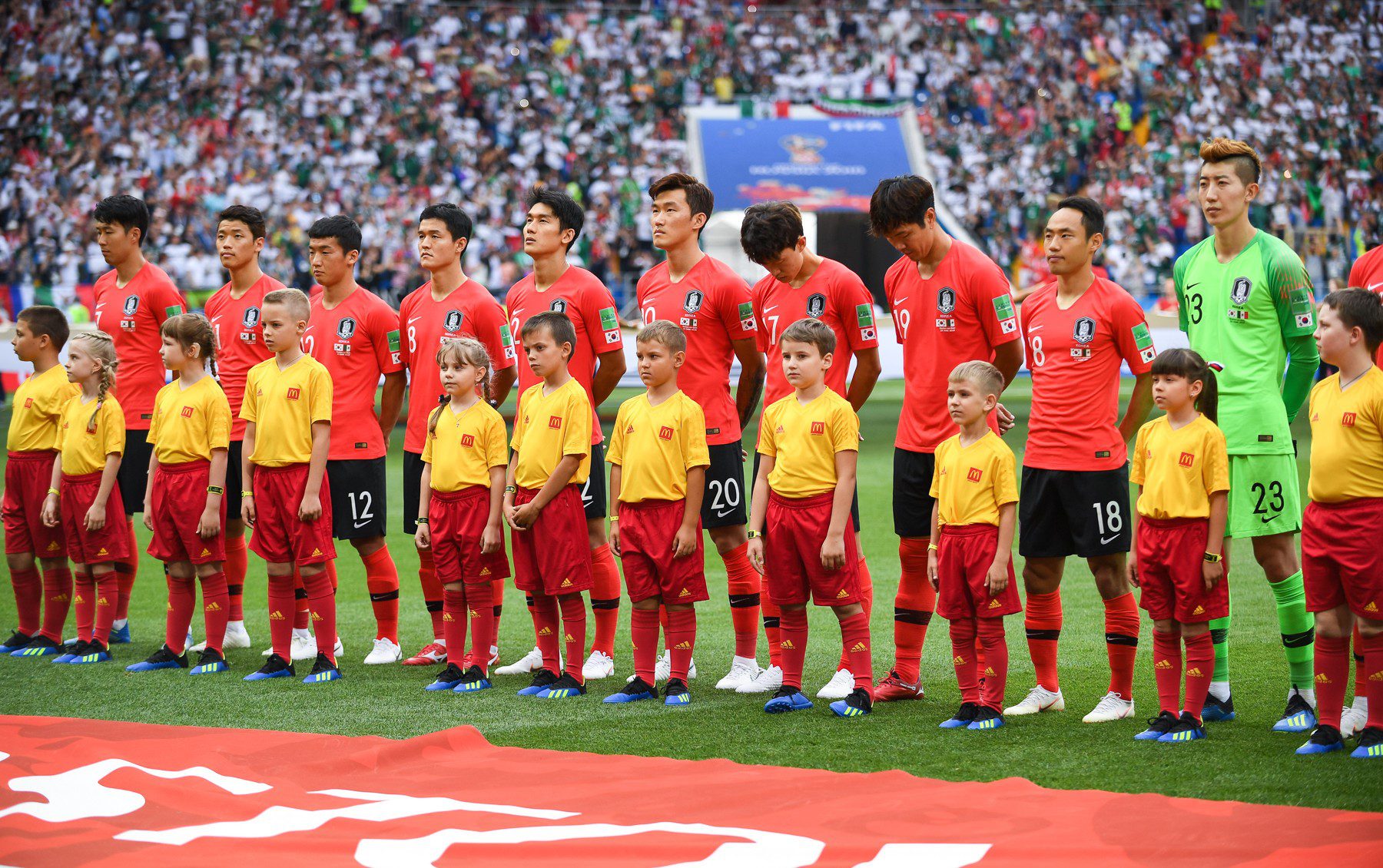 The Qatar 2022 World Cup is well and truly underway and while it is marred with a high amount of social politics, the rules and excitement of the beautiful game remained intact. Most of us have already picked who we are backing, be it Argentina, Brazil, England, or one of the many teams.

However, you also do need a ‘dark horse’, which is an underdog you are backing to impress. As far as underdogs go, South Korea is one. If you’re not at all familiar with their antiques, they knocked out 2014 winners Germany in the Group stages at the 2018 tournament.

Their opener in Qatar was against Uruguay and the game ended 0-0. While it’s a shame they did not win, they managed to keep out prolific goal-scorers such as Luis Suarez, Darwin Nunez, and Real Madrid’s Fede Valverde.

So yes, South Korea is a decent side worth following. If you’re not familiar with the players, I have compiled a list of 10 South Korean players whom you should follow even after the World Cup concludes:

Kim is a 30-year-old full-back who is currently playing in the K-League in South Korea for Jeonbuk Hyundai Motors. Kim began his career in Japan at Albirex Niigata in 2012. After 2 years, he moved to Germany where he played for Hoffenheim for 3 years.

In 2017, he returned to his home country and signed for Jeonbuk Hyundai Motors and after 3 years he signed for Saudi club Al-Nassr but was loaned back to Hyundai.

For the past ten years, Kim Jin-su has been one of South Korea’s best-left fullbacks. However, he has been incredibly unlucky, missing out on the past two World Cups due to untimely injuries. At 30, Kim made his World Cup debut on 24th November 2022 in the 0-0 draw vs Uruguay. 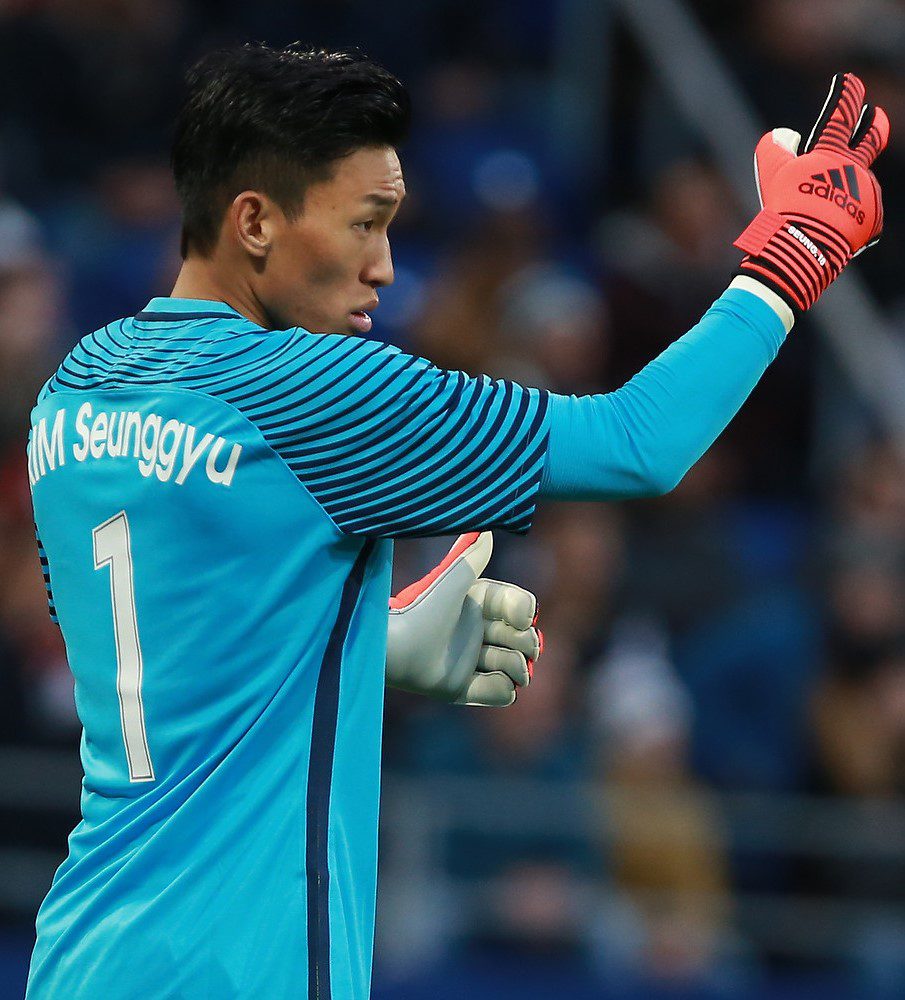 Currently the South Korean #1, Seung-Gyu is a 32-year-old professional footballer who has played for several Asian clubs. These include; Ulsan Hyundai, Vissel Kobe, Kashiwa Reysol, and Al Shabab.

The six-foot-two man was a much-anticipated prospect since his youth and he has lived up to the hype. His senior career began in 2008 but he was not called up for international duty till 2013.

He was selected for the 2014 and 2018 World Cups but was only the backup at both tournaments. However, in Qatar 2022, Seung-Gyu is the trusted man between the posts. He kept a clean sheet in his opener against Uruguay which is a good sign. 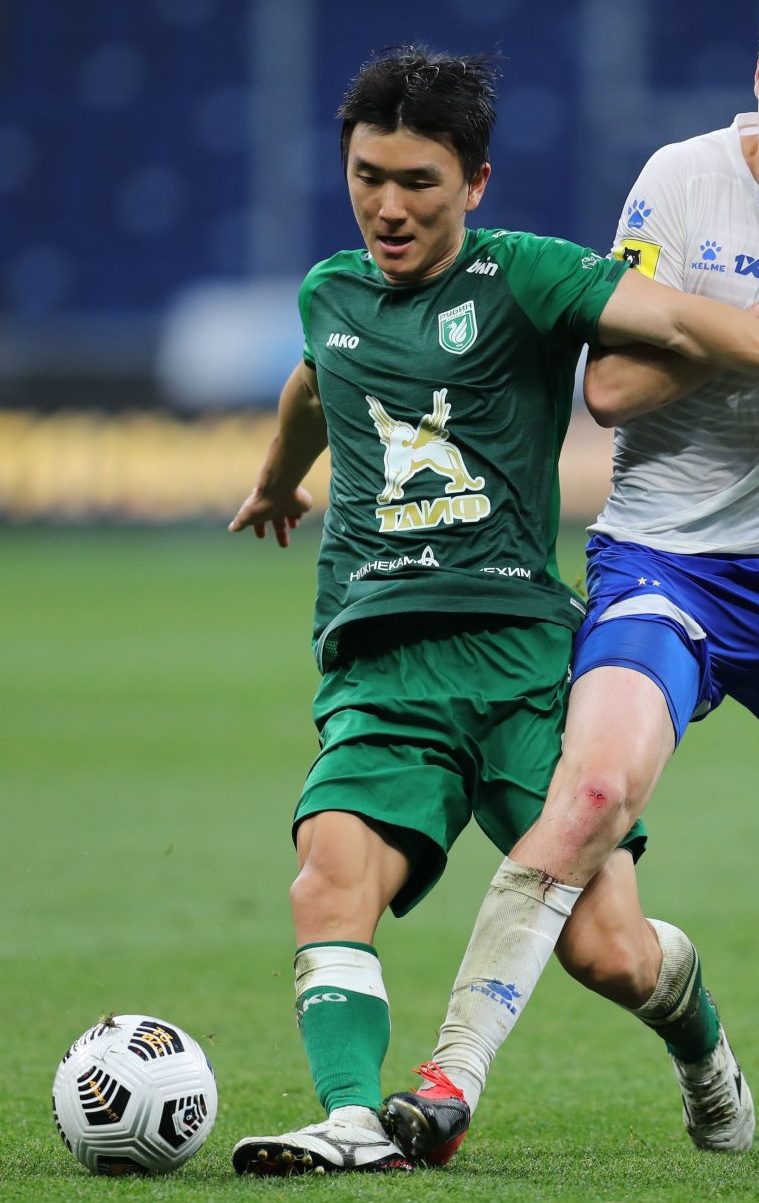 Hwang is a 26-year-old football player who began his senior career in his home country at Daejon Citizen. He had an impressive first three seasons scoring 15 goals in 88 appearances.

He has represented the Vancouver Whitecaps of America’s MLS and Russia’s Rubin Kazan. The Russian invasion of Ukraine last spring allowed him to void his RPL contact and he returned to Korea to play for FC Seoul.

In 2022 he joined Olympiacos, where he appears to have recaptured some of the form that so impressed many. His current market value is €3.5 million and with increasing interest from German clubs is likely that Olympiacos will cash in soon.

Hwang has been a full international since 2018 and was named MVP of the 2019 EAFF Championship. Present at the 2022 World Cup, Hwang is definitely one to watch. 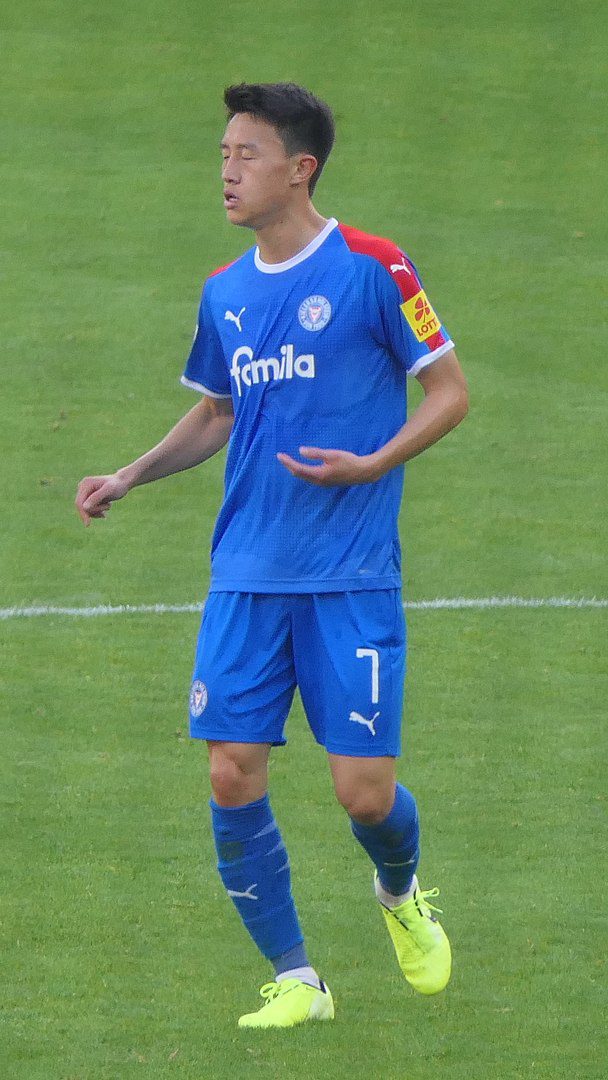 The 30-year-old is definitely one of the most exciting players to watch on the pitch due to his attacking prowess. Lee began his career at Jeonbuk Hyundai Motors in 2014 where he spent 4 seasons.

In Qatar, Lee is one to watch as he will surely dictate play and be involved in goals should South Korea finally score.

Currently playing for Belgian side Gent, Hong is the only player on this list who is not part of the 2022 World Cup Squad. However, I highly believe despite missing out, the 23-year-old will surely be one for the future of the South Korean national team.

He started out at Ulsan Hyundai (Japan) and has since played for SpVgg Unterhaching (Germany), Juniors OÖ, and LASK (both in Austria) before the current team. In the current season, he has 11 goal contributions for Gent in 21 appearances (as of November 2022). 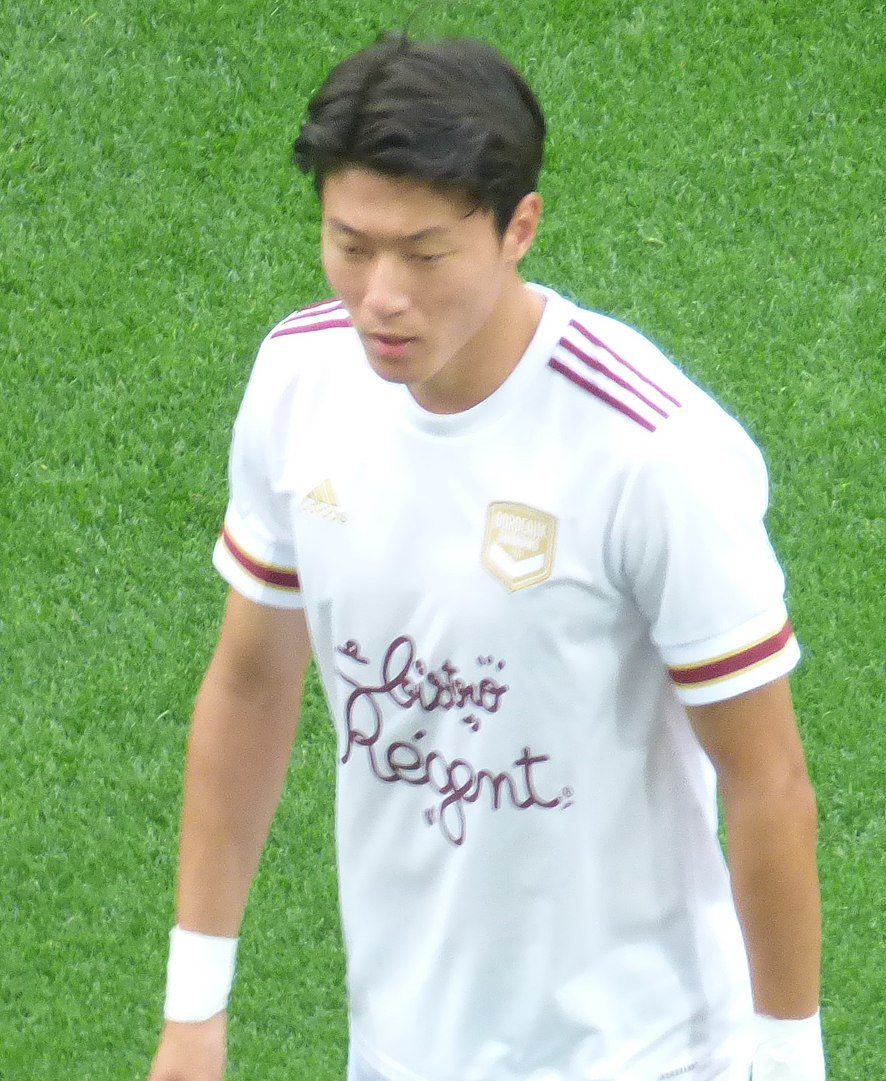 After a horrendous 2021/22 season with French club Bordeaux who ended up relegated to Ligue 2, 30-year-old Ui-Jo signed for PL club Nottingham Forest. However, he was loaned out immediately to Olympiacos (both owned by the same owner).

Hwang seems to be struggling and has only managed a single assist in 14 appearances for the Greek side. No doubt about it he will find his scoring boots soon and South Korean fans will hope it happens soon.

Hwang made his national debut in 2015 and has been a regular for the side ever since. Hwang was also selected as an over-aged player for the under-23 team for the 2020 Summer Olympics.

Jeong is one of the youngest and consequently exciting talents on the South Korean squad. He is currently playing for the German club SC Freiburg since 2019.

He spent his youth career at Incheon United in Korea before being scouted by Bayern Munich and being signed to Bayern’s academy. Jeong made his senior debut at Bayern Munich in the UEFA Champions League on 27 November 2018. He became the first South Korean ever to play for Bayern.

He made his debut for the international side in 2021. On 16 November 2021, Woo-yeong scored his first goal for the national team in a 2022 FIFA World Cup qualification against Iraq. He is part of the South Korean squad in Qatar. 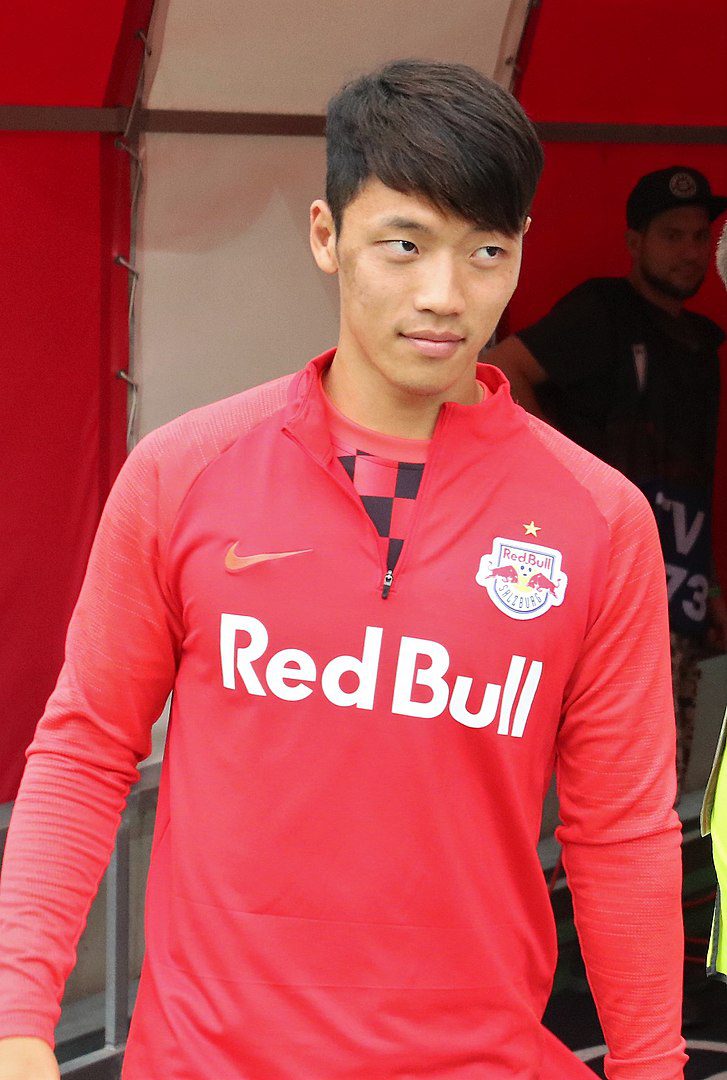 If you’re a regular watcher of the English Premier League, chances are you are familiar with the exploits of Hwang. The explosive and pacey forward took the league by storm in his first spell at Wolves impressing with goals and assists.

Hwang did not appear from the blues but has been on the radar of many clubs for a while. His senior career began at Red Bull Salzburg before he moved to RB Leipzig where he truly came into his own.

He made his national debut in 2016 and was a member of the 2018 squad for the WC in Russia. In the 2022 WC, he was on the bench for the opener against Uruguay (0-0 draw). This was because he was recovering from an injury. He is however set to appear in the second group game against Ghana. 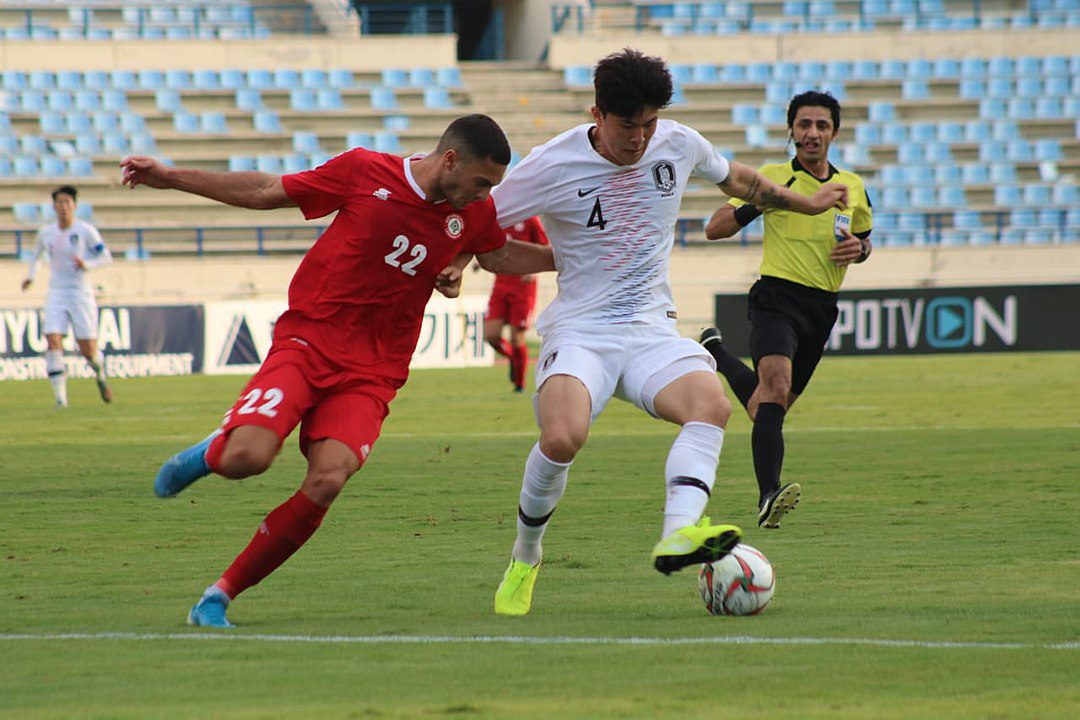 Napoli sit comfortably at the top of the Serie A (8-point lead) during the World Cup break in November. While this is largely a team effort, if you could pick one player as the driving force, an argument for Kim practically writes itself.

Since his transfer from Fenerbahce in the summer transfer window, Kim has been a rock in the defense for this campaign. In September, he was given the honor of being named Serie A’s best player of the month.

On international duty, Kim made his debut in 2017 during the qualifiers for the 2018 WC. However, he was injured and missed the tournament. The 2022 WC finds Kim fully fit and in spectacular form. His performances will definitely define South Korea’s tournament. 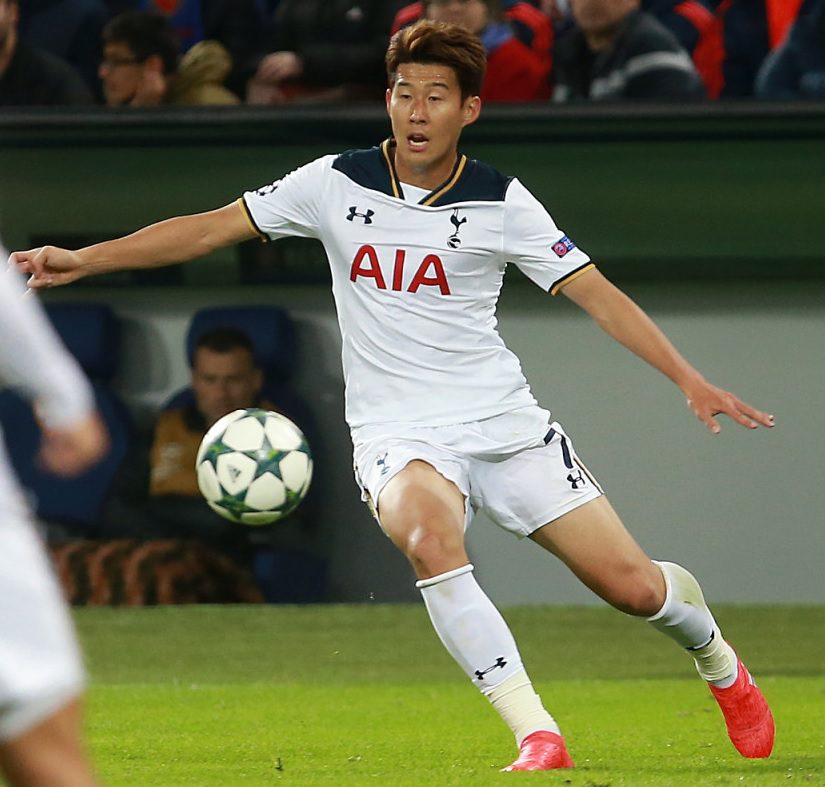 Depending on who you ask, Son might be the greatest Asian footballer to grace the Premier League or even to play the sport. He has impressed season after season at Tottenham since he joined in 2015.

Sadly, however, he has no silverware to show for his efforts and I have to say, he deserves at least one. Son finished 11th in the 2022 Ballon d’Or rankings, which is the highest place an Asian has ever finished in the long history of the award.

Currently, at the peak of his powers, Son was named to the 2020/21 PFA Team of the year. He bettered this record by winning 2021/22: Premier League Golden Boot by scoring 23 non-Penalty goals.

If you needed one reason to watch and support the South Korean team at the 2022 World Cup, Son is definitely it. His presence at the World Cup was a doubt as he fractured his left eye a few weeks before the tournament begins.

However, he had successful surgery which is why you might see him in a protective mask on the field at the World Cup. So no, that’s not batman in a football kit on the field, that’s Son Hueng-min. 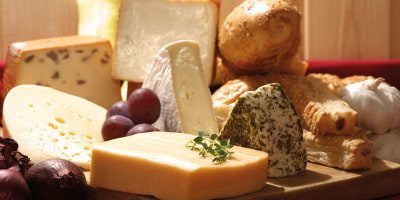 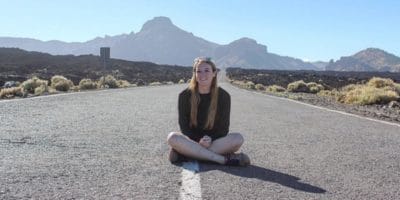 The Paris interview with Arianwen