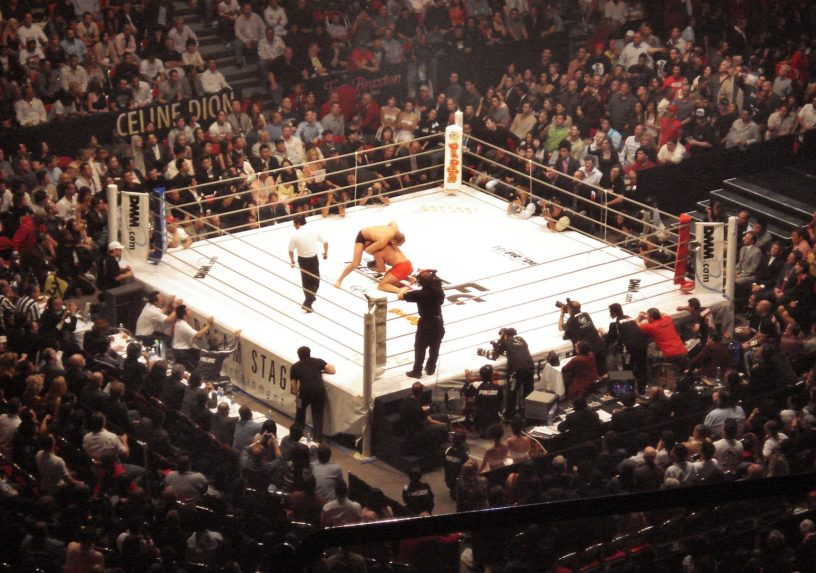 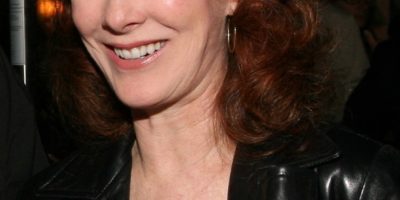 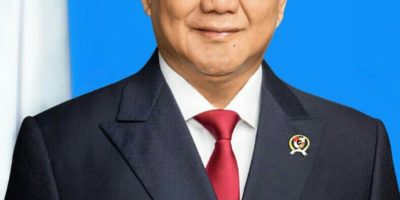 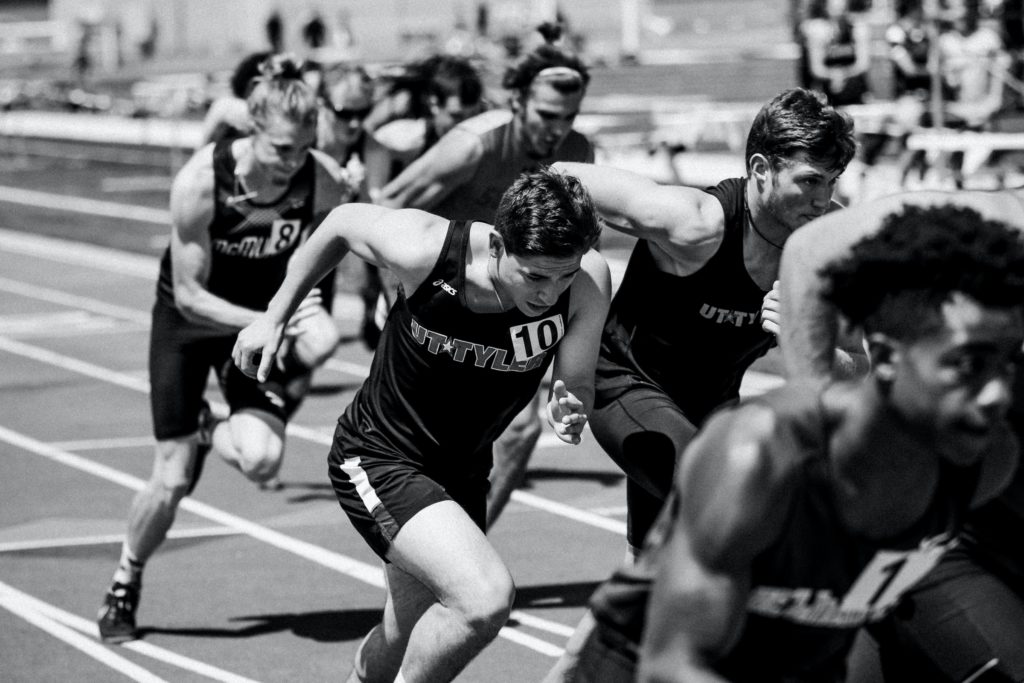 Photo by Braden Collum on Unsplash

When thinking of sports and Russia, the doping ban that was slapped on the country in 2017 may cross one’s mind.

This was done by IAAF because the country was accused f not doing enough to reduce the doping cases. This ban is for four years.

This ban put a stain on this big Nation. Russian athletes that were given the clean bill of health were made to use neutral flags and not even the national anthem was played.

Although the ban may have tarnished the country’s reputation in sports, some great sportsmen and women have excelled in sports.

Here is our list of the top 10 famous Russian Athletes. 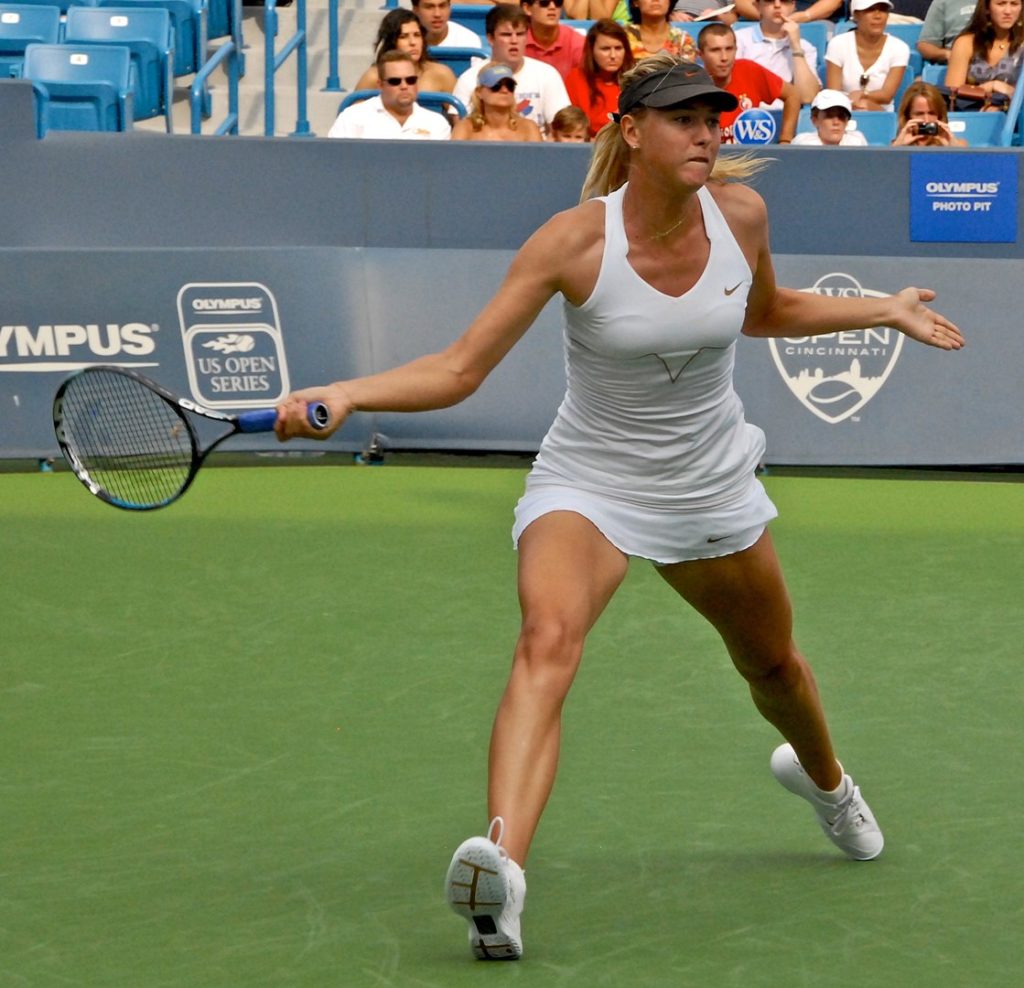 First on the list is Maria Sharapova a renown tennis player. She became the world number one in 2005 when she was 18 years old.

She was the first Russian female player to be at the top of the singles ranking. She held the position for the fifth time in 2012.

Sharapova has won five Grand Slam titles, two of which were at the French Open, one at the Australian Open, another at Wimbledon and a final one at the US Open.

She won 36 titles in total and three double titles.

Other than playing tennis, Sharapova also doubles as a model. She has modelled in sports-related swimsuit issues and also was the face of many fashion houses. She has also appeared in several advertisements with the best sports companies such as; Nike, Prince, and Canon.

She also got to be named among the top 30 Legend women in Tennis.

Sharapova got a two-year ban on Tennis from the world anti-doping agency for failing a drug test.

It was reduced to 15 months after she was found that she had taken the banned substance unknown to her as recommended by her doctor.

She returned to the tennis court in April 2017 at the Porsche Tennis Grand Prix.

Khabib is a renown Russian wrestler who has never lost a round in his fighting career.

He began wrestling at an early age, a common practice among his community in Dagestan.

His father coached him when he was 8 years old. Khabib’s father was also a decorated wrestler who served in the military and got trained in judo and sambo.

when he was only 9 years old.

After his family moved from Dagestan in 2001, he continued his training until he was 12 then switched to judo when he turned 15.

When he turned 17, Khabib trained in combat sambo still trained by his father. His father is also the senior coach for the combat sambo national team in Dagestan, training several athletes in sambo in Makhachkala, Russia

He has fought with notable names such as Conor McGregor. In 2018, the two had a big fight in Las Vegas. He emerged a winner after the fourth round via submission.

Other than being a superb wrestler, Khabib is multi-lingual, he speaks Avar, Russian, English, Turkish, and Arabic.

Alexander Ovechkin is another celebrated Russian athlete. He is one of the best ice hockey players in the world.

Alexander comes from a family of athletes. His mother won the Olympic gold medal twice in 1976 and 1980 while playing for the Soviet women’s national basketball team. His father, on the other hand, played professional football.

His skills and experience on the rink have been termed as being excellent especially on skating, intense finishing, and a good shot with a strong will to win.

He has won the Hart Memorial Trophy three times; in 2008, 2009 and 2013. They were awarded to him as the most valuable player in the National Hockey League.

In 2018 he led the Washington Capitals for their first Stanley Cup Championship.

His personal best was when he won the Maurice Rocket Richard Trophy in the 2007-2008 season.

He had recorded a total of 65 goals and had earned his team, he also got the Art Ross Trophy for scoring 112 points.

Alexander has several titles and trophies under his name. 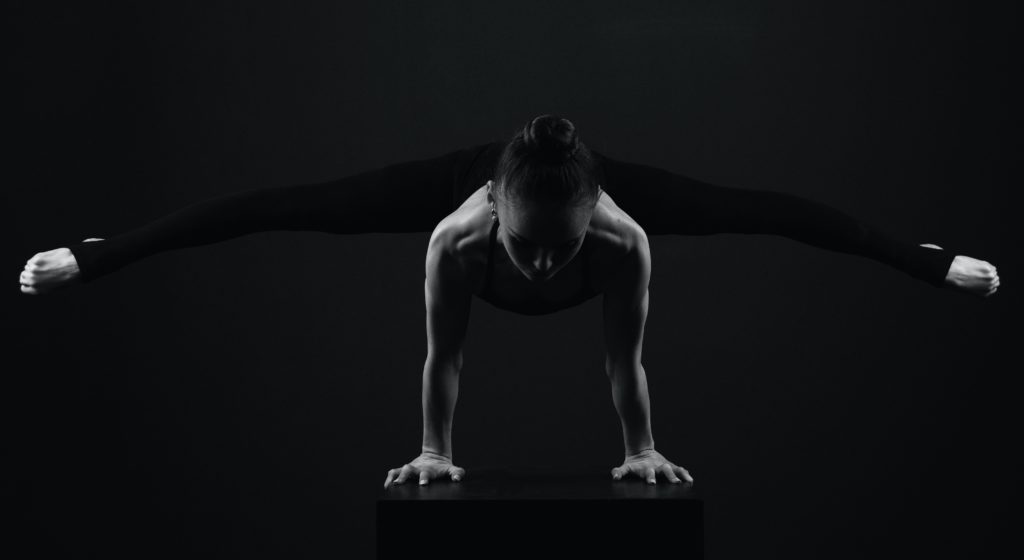 Photo by Alexander Krivitskiy on Unsplash

Svetlana Khorkina is a retired Russian artistic gymnast. She has competed in several competitions and represented her country too. She has been to the 1999, 2000, 2004 summer Olympics.

She has won 7 Olympic medals and a whopping 20 world championship medals.

She is said to be one of the most successful female gymnasts of all time.

The events at the World Artistic Gymnastics Championships.

Svetlana is also among the first athletes to win three all-around titles at the World Championships. She was the only second female artistic gymnast to win three European all-round titles.

After she retired in 2005, she was named the Vice president of the Russian Artistic Gymnastics Federation.

She has also been a sports commentator at the Beijing Olympics’ gymnastics competition for the Russian TV station NTV.

She has also been an ambassador for the 2014 winter Olympics in Sochi, Russia, is a member of the political party of United Russia, was elected as a deputy for the Russian State Duma from 2007 to 2013 and has published a book titled ‘Somersaults in High Heels’.

Anna Chicherova is a Russian high jumper who won the gold medal at the 2011 World Championships in Athletics and the 2012 London Olympics.

Anna won her first major title in the high jump in the 1999 world youth championships.

She continued bagging several medals in the years that followed. In 2008, she won a bronze medal in 2008 summer Olympics and the 2013 and 2015 World Championship.

Although this medal was stripped away from her in 2016 after she failed a performance-enhancing drug test.

In 2010, Anna took a break from competing after learning she was expecting a child. She came back in 2011 and went back to her top position as the leading female in the high jump.

She is among the top ten high jump athletes in both indoors and outdoors games.

Adelina Sotnikova, was Russia’s first female athlete to win the gold medal in figure skating singles. She, however, announced that she was ending her career at 23 after being away from the game for a long time due to injuries.

She was born in July 1996 and showed interest in skating at the age of 4 when she would go with her parents to an ice rink near her hometown.

Her first professional performance was in 2009 when she competed at the senior level and won the gold medal at 12.

When she was 17, she beat the champion and record holder, Yuna Kim from South Korea. She won the gold in Sochi winter Olympics.

The win was however said to be controversial; her fellow skaters and commentators questioned her win saying that Kim’s technical expertise was way better and had made no errors.

Adelina was the third Russian female athlete to win in an Olympic single skating medal after Irina Slutskaya.

Adelina had a promising career in figure skating but the constant injuries made her not defend her title and hence opted to retire early.

Fedor is said to be one of the best mixed martial artists and has had the best ground-and-pound in the history of the sport.

While starting his career, Fedor began at the Russian Top team where he was coached by Volk Han and Andrei Kopylov.

He has a 9-year unbeaten record, he has won 27 fights with no single defeat and has had 14 wins under the PRIDE banner in Japan.

Fedor is said to have a ‘superhuman chin’ that puts him at the level of mythical figures and status.

His 2005 win was by far his best and biggest. He fought Mirko Filipovic to win the heavyweight marbles. 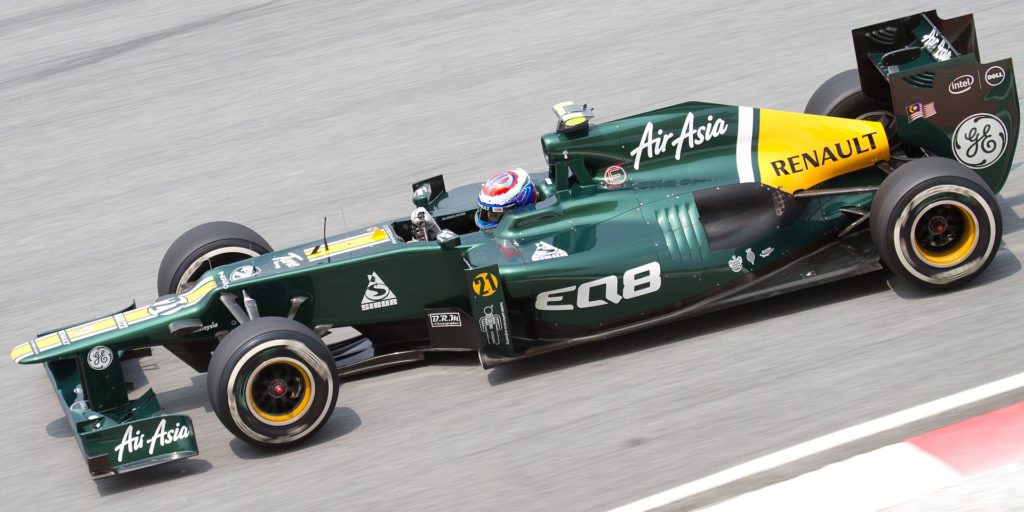 Vitaly Petrov is a racing car driver and was the first Russian to drive in Formula One for Renault, Lotus Renault GP and Caterham.

He began his racing career in Russia and won the Lada saloon cars Championships then after opted to compete in Europe. He is commonly referred to as the Vyborg Rocket, after his hometown.

In 2006, Vitaly joined the F3000 Euro series finishing third. He then moved up to GP2 and drove for DAMS in the second half of the season.

He joined Campos in 2008 and had his best season in 2009. He took the lead in the championship before his teammate Grosjean was sent to replace Nelson Piquet Jnr at Renault in F1.

Vitaly became the runner-up in the GP2 and was able to be consistent on his wins. This kept him ahead of his opponent Lucas di Grassi.

Later in 2010, Vitaly joined the Renault team. He then moved to Caterham after a short while.

By 2013, he was not signed under any team and became the first Russian ex-F1 driver. With no option left, he joined the Enduro team in SPM racing.

While actively participating in professional fights, Oleg who was nicknamed the Russian Bear, specialized in sambo and judo.

He became the global hero in sambo championships, the Russian National judo championship and was a 4-time European and Asian Jujitsu champion.

In 1995, he beat David Abbot also known as Tank. This made him the reigning champion of UFC.

After retiring from the sport, Oleg went into acting and is now among the most popular movie stars in Russia. He is also a film director.

He has published his autobiography titled ‘U to the Top’. 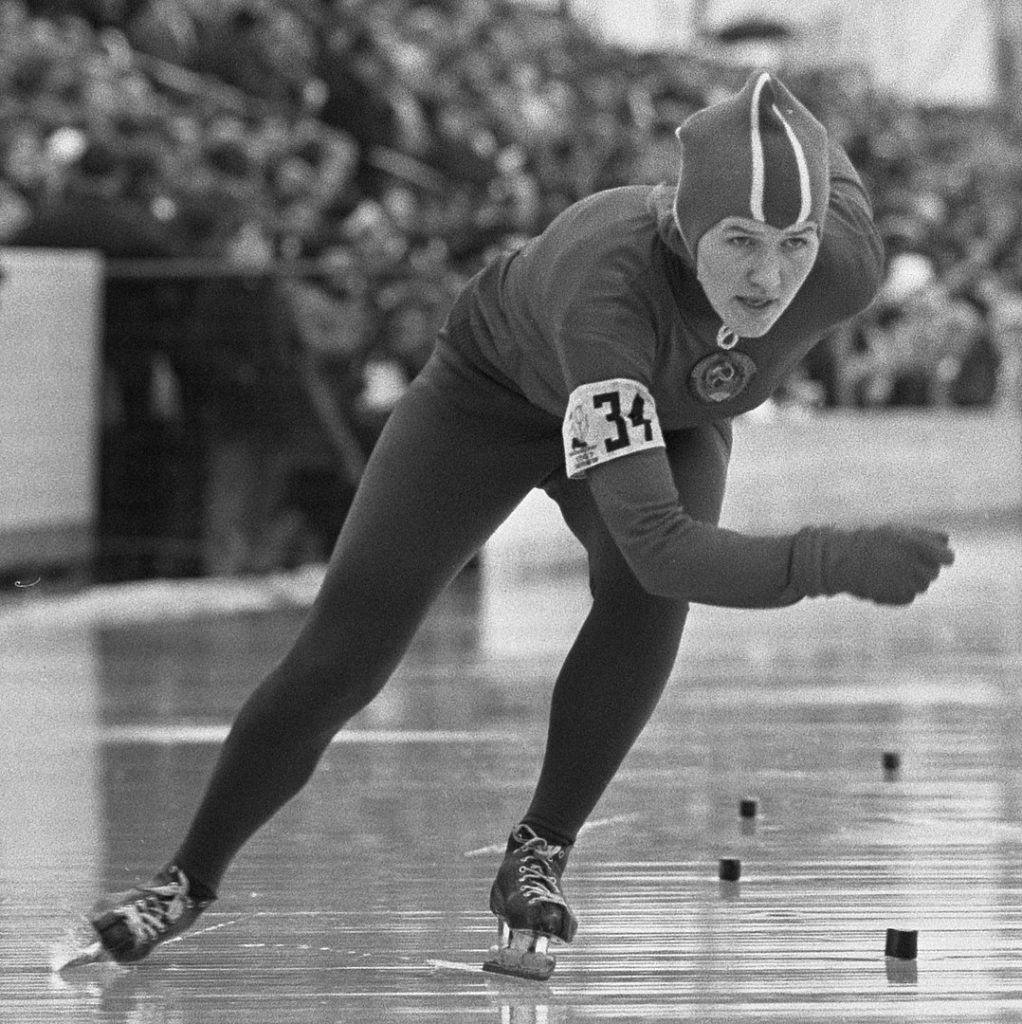 The final one on the list is Lidiya Skoblikova a retired Russian speed skater and coach.

Lidiya represented her country in the former USSR Olympic team during the winter Olympics of 1960, 1964 and 1968. She won 6 medals a record for speed skaters.

She remains to be the first athlete to win more gold medals in the Winter Olympics.

She also won the 1000 and 3000 meters consecutively making her the first-ever athlete to win four gold medals in a single Olympics game.