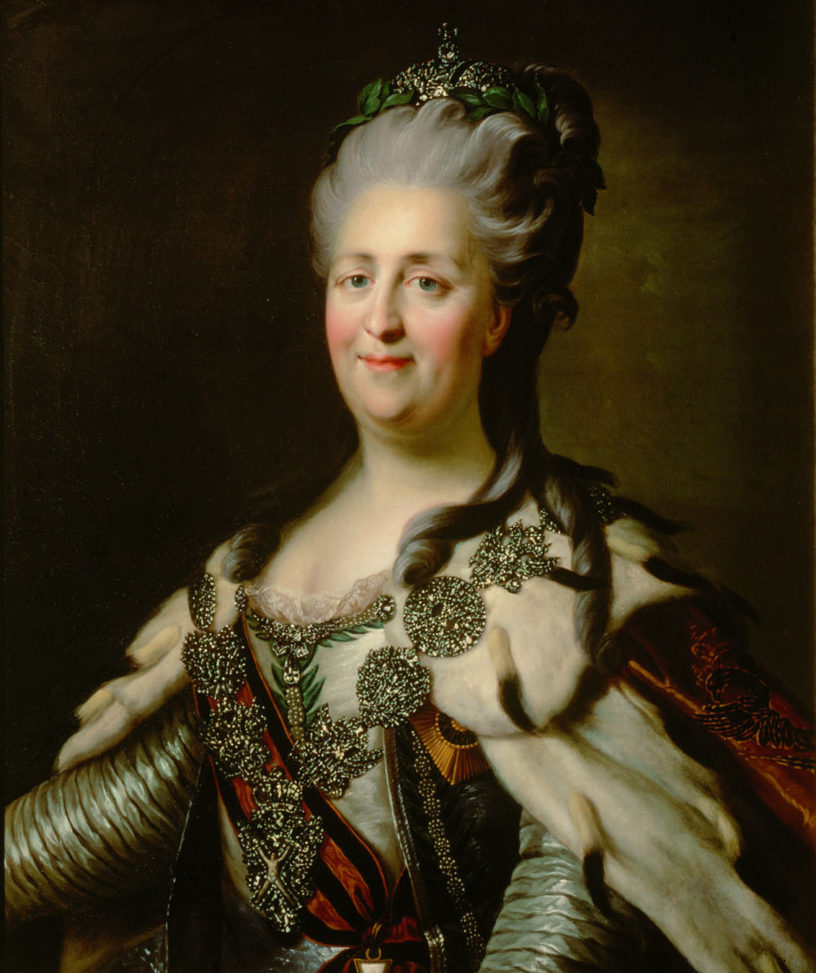 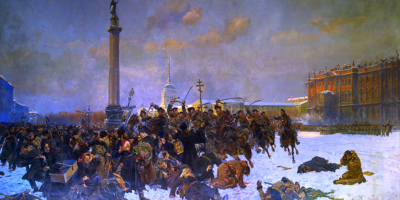 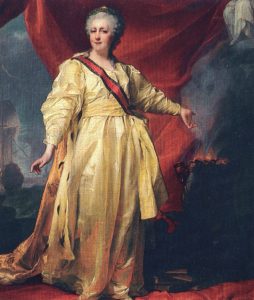 Catherine II, most commonly known as Catherine the Great, was Empress of Russia from 1762 until 1796. She is recorded in history as the country’s longest-ruling female leader. Catherine came to power following a coup d’état that she organized. Under her reign, Russia was revitalized; it grew larger and stronger and was recognized as one of the great powers of Europe. The period of Catherine the Great’s rule, the Catherinian Era, is considered the Golden Age of Russia. The Manifesto on Freedom of the Nobility issued during the short reign of Peter III and confirmed by Catherine, freed Russian nobles from compulsory military or state service. Construction of many mansions of the nobility, in the classical style endorsed by the Empress, changed the face of the country. Let’s take a look at the top 10 facts about Catherine the Great.

1. Catherine was not her first name

Catherine was the eldest daughter of an impoverished Prussian Prince. Born, Princess Sophie of Anhalt-Zerbst, in 1729, she enjoyed numerous marital prospects due to her mother’s well-regarded bloodlines. In 1744, 15-year-old Sophie was invited to Russia by Czarina Elizabeth, a daughter of Peter the Great who had taken up the Russian throne in a coup just three years earlier. The unmarried and childless Elizabeth had chosen her nephew Peter as heir and was now in search of his bride. Sophie, well trained by her ambitious mother and eager to please, made an immediate impact on Elizabeth, if not her intended husband. The marriage took place on August 21, 1745, with the bride (a new convert to Orthodox Christianity) now bearing the name Ekaterina or Catherine.

To be the kind of ruler that she was Catherine had to have had a good education. Growing up, Catherine was educated by tutors in subjects of religion, history, and languages. She learned German, French and later Russian, which came in handy when she met the Russian Grand Duke Peter.

3. Her husband may have been infertile

Catherine and her new husband had a rocky marriage from the start. Though the young Prussian princess had been imported to produce an heir, eight years passed without a child. Desperately unhappy in their married lives, Peter and Catherine both began extramarital affairs, she with Sergei Saltykov, a Russian military officer. When Catherine gave birth to a son, Paul, in 1754, gossips murmured that Saltykov—not Peter—had fathered him. Catherine herself gave credence to this rumour in her memoirs, going so far as to say that Empress Elizabeth had been complicit in permitting Catherine and Saltykov’s relationship. There is little debate over the paternity of Catherine’s three additional children. It’s believed that none of them was fathered by Peter.

Elizabeth died in January 1762, and her nephew succeeded to the throne as Peter III, with Catherine as his consort. Eager to put his stamp on the nation, he quickly ended Russia’s war with Prussia, an act that proved deeply unpopular to Russia’s military class. A program of liberal domestic reforms aimed at improving the lives of the poor also alienated members of the lower nobility.

These unhappy factions turned to Catherine, who was also fearful of Peter’s intentions. As tensions mounted, a plan to overthrow Peter took root. When the conspiracy was uncovered in July 1762, Catherine moved quickly, gaining the support of the country’s most powerful military regiment and arranging for her husband’s arrest. 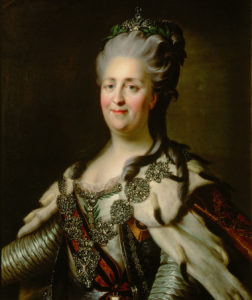 In 1773, Catherine was faced with the most dangerous uprisings that threatened her rule. A group of armed Cossacks and peasants led by Emelyan Pugachev rebelled against the harsh socioeconomic conditions of Russia’s lowest class, the serfs. This called into question the authenticity of her reign. An army officer posed as her late Husband claiming that he was the rightful heir to the Russian throne. Within a year, Pugachev had drawn thousands of supporters and captured a large amount of territory, including the city of Kazan. Initially unconcerned about the rebellion, Catherine soon responded with massive force. Faced with the might of the Russian army, Pugachev’s supporters eventually deserted him, and he was captured and publicly executed in January 1775.

6. Catherine thought of herself as a free-thinking ruler 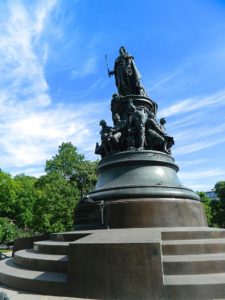 Catherine’s time in power was marked by immense territorial growth, which greatly added to Russia’s reserves but did little to lessen the distress of her people. Even her attempts at governmental reforms were often bogged down by Russia’s vast bureaucracy. However, Catherine considered herself to be one of Europe’s most free-thinking rulers, and many historians agree. She wrote numerous books, pamphlets and educational materials aimed at improving Russia’s education system.

She was also a supporter for the arts, keeping up a lifelong connection with Voltaire and other prominent minds of the era, creating one of the world’s most impressive art collections in St. Petersburg’s Winter Palace, now home to the famed Hermitage Museum.

7. Her son suffered the same fate as his father

Catherine had a famously stormy relationship with her eldest son, Paul. The boy had been removed from his mother’s care shortly after his birth and raised largely by the former czarina, Elizabeth, and a series of tutors. After she assumed the throne, Catherine, fearful of retribution for Peter III’s deposing and death, kept Paul far away from affairs of state, further alienating the boy. Relations between the two grew so bad that Paul was at times convinced his mother was actively plotting his death. While Catherine had no such plans, she did fear that Paul would be an incompetent ruler and looked for alternate options for the succession. Paul became czar but soon proved to be just as erratic and unpopular as Catherine had feared. Five years into his reign, he was assassinated, and his 23-year-old son assumed power as Alexander I.

8. She gave rise to other famed women

It is true that Peter I brought about reforms that gave women greater freedom to pursue education. However, it was during Catherine’s reign that women composers, poets, and writers began to flourish. Among the most prolific female artists was Princess Natalia Ivanovna Kurakina, who wrote at least 45 songs.

Catherine the Great helped to promote the administration of the smallpox vaccine. In 1762, she invited the greatest expert of the day to inoculate herself, her son Paul, and her court. She did so in a bid to set an example for her people that the procedure was safe. When the expert visited Russia next, over 20,000 Russians had been vaccinated.

10. The many rumours surrounding her death

After her death on November 17, 1796, her enemies at court began spreading various rumours about Catherine’s final days. Though her enemies would have hoped for a scandalous end, the simple truth is that Catherine suffered a stroke and died quietly in her bed the day after.

Now you know the top 10 facts about Catherine the Great. I hope you enjoyed reading this article.