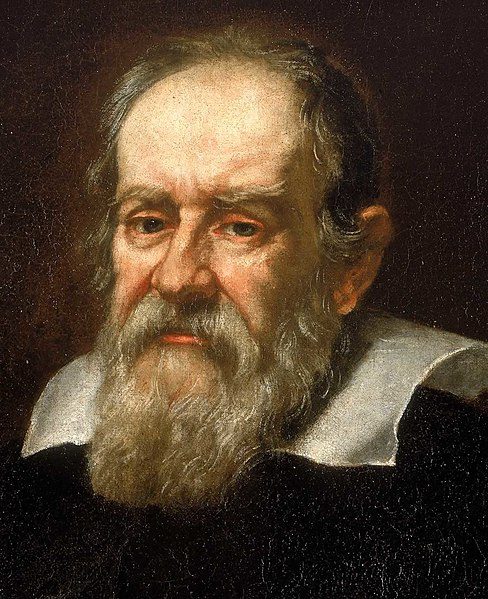 Galileo Galilei is certainly someone we have all heard of. Born in Pisa on February 15th, 1564, the Italian astronomer, physicist, engineer, and mathematician became famous for his groundbreaking astronomic discoveries made with the use of a telescope.

Obfuscated by the greatness of some of his work, a lot of Galileo’s life and career is still unknown to many people. More than the father of modern science and observational astronomy, as he was later called, Galileo was a Christian man with a private life worthy of a Mexican soap opera.

You’re curious, I know. Otherwise, why else would you be here? So with no more delays, here are the top 8 interesting facts about Galileo!

1) He had strong ties with the Church

Differently from what many imagine, Galileo was a devout religious man. Pious Roman Catholic, he was determined to follow the path to priesthood and dedicate his life to the Church. He would have done that if it were not for his father, who talked him into joining the Medicine School at the University of Pisa, at which he enrolled in 1580.

When he dropped out of school and found his way to mathematics and astronomy, Galileo didn’t leave his faith behind. Although the Church was hostile to discoveries and theories that contradicted Christian beliefs, they still encouraged scientific studies that supported the Bible. This way, Galileo worked with the Church’s blessing for a really long time.

2) He spent his final days under house arrest 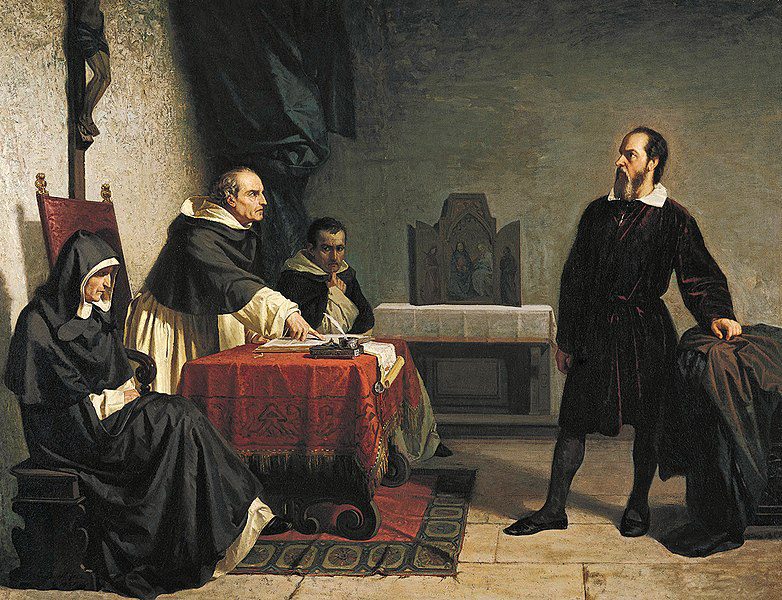 The idea of the earth rotating around the sun, supported by Nicolaus Copernicus (1473 – 1543), was declared heretical by the Catholic Church in the beginning of the 17th century. At the time, the Church agreed with Greek astronomer Ptolemy (c. AD 100 – c. AD 170), who argued the earth was the center of the universe, and considered other interpretations as contradictory to the Bible.

Despite that, Galileo received permission to investigate the heliocentric theory, under the condition of not defending it publicly. Turns out Galileo was convinced Copernicus was right and couldn’t just keep it to himself.

According to him, tides originated from a back and forth movement in the water caused by the rotation of the earth; therefore, they were the ultimate proof of the earth’s journey around the sun.

In 1616, Italian Jesuit and Cardinal Robert Bellarmine (who was canonized by the Church in 1930), declared that the heliocentric system could not be defended without “a true physical demonstration that the sun does not circle the earth but the earth circles the sun.” Believing to have such proof, Galileo presented his theory of tides to Cardinal Alessandro Orsini.

Funny thing is that Galileo was so desperate to prove the mobility of the earth that he completely – and intentionally – ignored the gaps in his theory. If he were right, then the sea would have only one high tide per day instead of two. Additionally, other theories already suggested that the moon was the responsible for them. Needless to say, his theory of tides was refused and he was warned not to discuss or write about it. 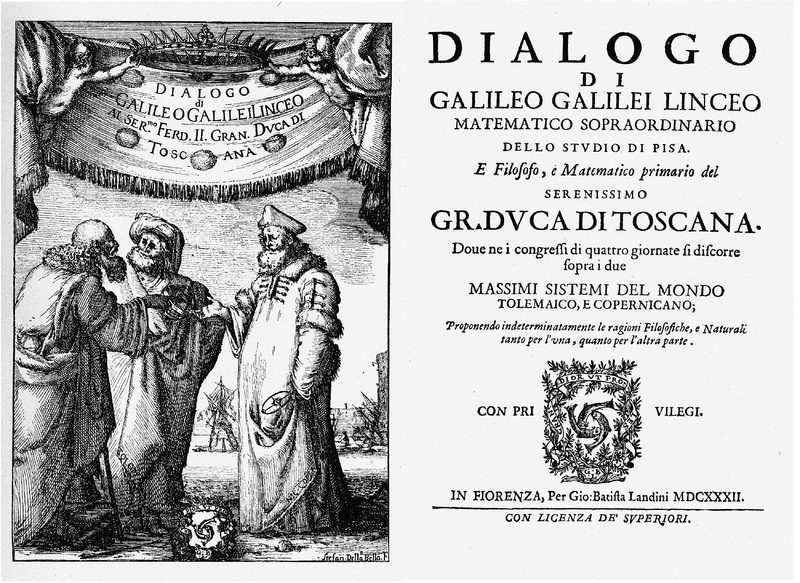 In 1632, Galileo, stubborn as he was, tried to outsmart the Church. He believed he wouldn’t have a problem if he wrote about the mobility of the earth through a mathematical perspective, and published the “Dialogue of the Two Principal Systems of the World”, in which the characters, two friends, talked about both geocentric and heliocentric ideas.

Pope Urban VIII, who was a friend of Galileo, was aware of Galileo’s intentions to write the book and gave him a green light to publish it, again under certain conditions: the dialogue between both characters should not have the heliocentric theory favored, and Galileo should include the Pope’s personal views on the matter. He only fulfilled the latter condition and the book came out as a satire in which Simplicio, the character that defended the geocentric theory, often seemed like a fool.

He was summoned by the Roman Inquisition and sentenced to life in prison after being found “vehemently suspect of heresy”. His sentence was later changed to house arrest. He died on January 8th, 1642, at the age of 77, in his house in Arcetri, near Florence.

3) He had three children out of wedlock 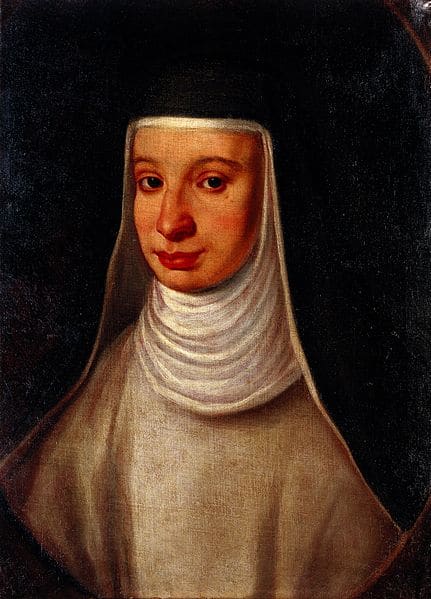 When he left Padua in 1610, he took his two daughters with him. Given how hard it would be to marry off two illegitimate daughters, he put both of them in the convent of San Matteo, in Arcetri, where they remained for the rest of their lives. As nuns, Virginia was named Sister Maria Celeste and Livia, Sister Arcangela.

When Galileo left, Vincenzo stayed with his mother. Few years later, he joined his father in Florence and was legitimated as Galileo’s heir by the Grand Duke of Tuscany.

4) His father and brother were accomplished musicians

Vincenzo Galilei, father of Galileo, was an important lutenist, composer and music theorist who played an important role in the musical revolution that saw the end of the Renascence and the beginning of the Baroque era.

Some of Vincenzo Galilei’s compositions are still known today. Find them here.

During his youth, Galileo helped his father with mathematical formulas for his systematic studies of acoustics. Some scholars believe it was thanks to the influence of his father’s work that Galileo went the extra mile on his mathematics studies, digging deeper into experimentation and quantitative description.

His younger brother Michelagnolo Galilei followed their father’s steps and also became an accomplished lutenist and composer, with great fame in the regions of Bavaria and the Polish-Lithuanian Commonwealth.

5) He never got an university degree 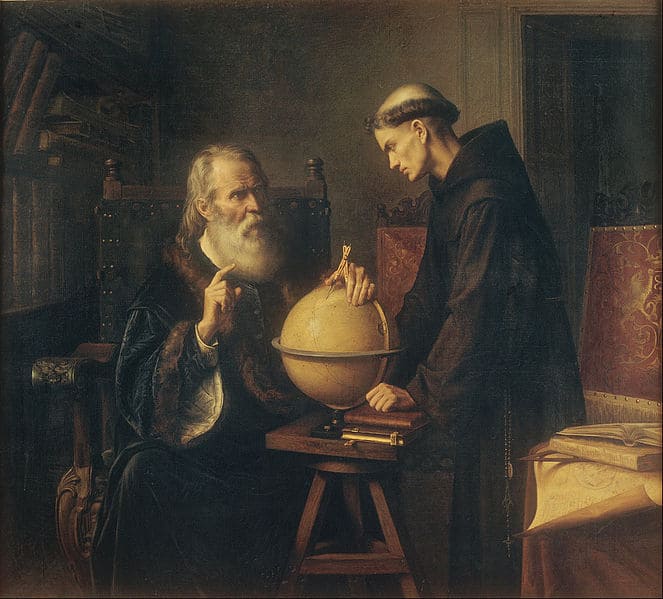 Galileo Demonstrating the New Astronomical Theories at the University of Padua. By Félix Parra (1873)

If you’ve been feeling like a failure lately or still don’t know what to do with your life, this fact about Galileo might actually give you some confidence and perspective: as mentioned before, he, one of the biggest scientists of all times, was a college dropout!

Few years after enrolling in Medicine School, Galileo would have attended a geometry lecture by mistake in which he realized his enormous preference for mathematics over medicine. In 1585, he left school without a degree and began to study mathematics and natural philosophy on his own.

Galileo didn’t just like to study science; he also liked to create things. However, his inventions were not always driven by passion. When his father died, he struggled to pay his father’s debts (which included the promised dowries to his brothers-in-law) and his inventions became a source of extra income.

One of his successful inventions was a military compass to aim cannonballs, which granted him a fair amount of money. Other inventions were not as celebrated, such as a thermometer to measure temperature variations, an automatic tomato picker, a light reflector to reflect light through a building, a versatile pocket comb that became an eating utensil, and a ballpoint pen.

Although Galileo is famous for studying the universe with the use of a telescope, it’s important to highlight that the telescope was not one of his inventions! He heard about the telescope and decided to put some lenses together so he could use their power of augmentation to observe the sky.

7) Some of his bones are on display

When Galileo died, he was buried in a small room of the Basilica of Santa Croce (located in Florence), next to the novice’s chapel. In 1737, his remains were transferred to the main body of the basilica, next to his father and other ancestors, and Machiavelli and Michelangelo. 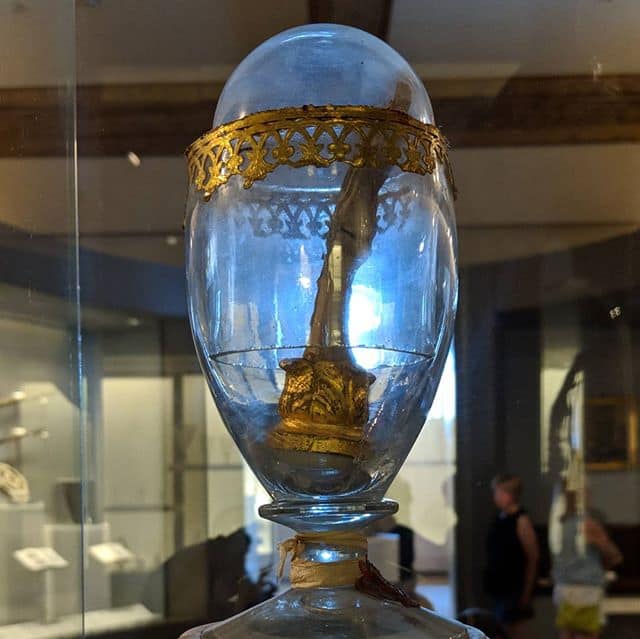 Three fingers, a vertebra and a tooth were removed from the remains. Two of the fingers and the tooth stayed in the possession of an admirer of Galileo and his family for generations, until they completely disappeared around the early 1900’s.

In 2009, they magically reappeared at an auction and were acquired by a Florentine private art collector, Alberto Bruschi. When he acquired the relics in an unidentified wooden case from between the 17th and 18th century, he was still not sure about to whom the bones belonged. The Florence cultural center later confirmed those were Galileo’s relics. 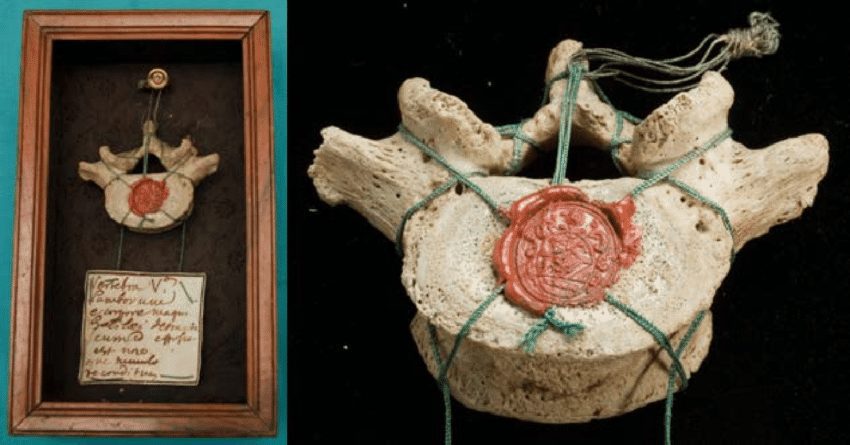 Galileo’s fifth lumbar vertebra in his showcase with the original scroll and sigillum (on the left). Close up of the Galileo fifth lumbar vertebra (on the right). – New Interpretation of Galileo’s Arthritis – Scientific Figure on ResearchGate. Available from: https://www.researchgate.net/figure/Galileos-fifth-lumbar-vertebra-in-his-showcase-with-the-original-scroll-and-sigillum-on_fig1_272173510

The third finger – the middle finger of Galileo – can be found at the Galileo Museum in Florence, while his vertebra is at the University of Padua. 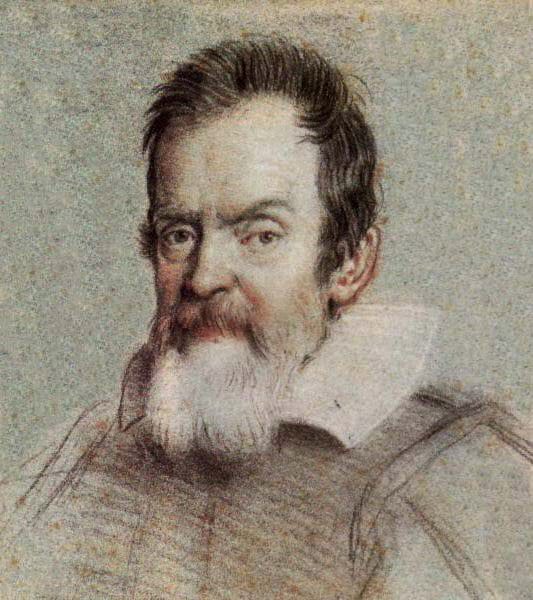 When Galileo was in his early 70’s, he completely lost his eyesight. For a really long time, people believed the cause of his blindness was his solar observations, as the sun can potentially harm our eyes if we look directly at it. However, extensive research has revealed that this might actually not be the case.

During his whole life, Galileo struggled with systematic diseases. Kidney stones, rheumatism, arrhythmias, hemorrhoids… there are signs of all of them on Galileo’s records. A portrait of him painted by Ottavio Leoni in 1624 led some researchers to believe that he also suffered from eye problems. That’s because in the portrait, Galileo’s eyes are uneven.

Nowadays, the most accepted explanations for his blindness are either a complicated cataract or a chronic glaucoma, but the diagnoses are far from being certain and Galileo is still being studied by many scientists out there.

One thing is certain, though: we have to thank Galileo for a lot of the scientific knowledge we currently have, and that’s not just me saying. Albert Einstein himself said that way before me. 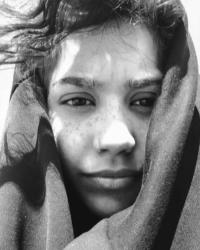