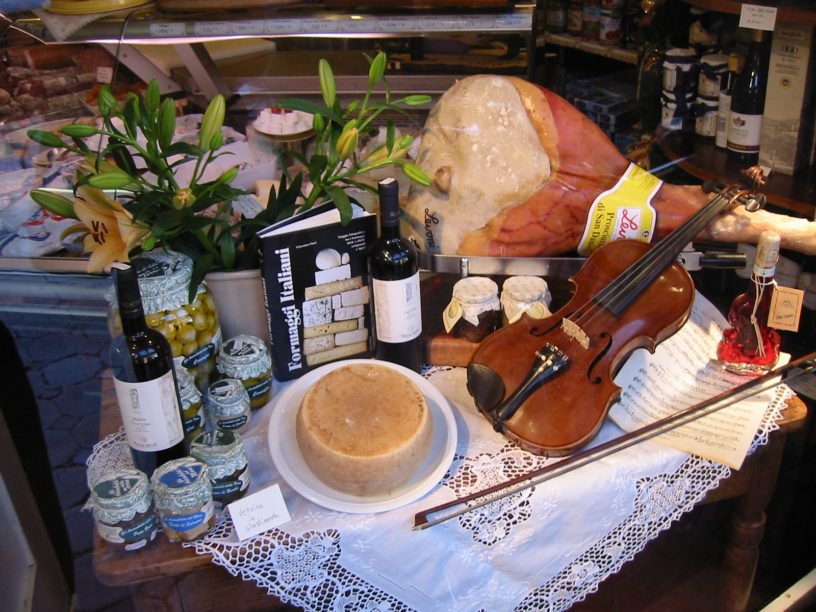 A lot of people around the world will confidently answer “Italian” without much hesitation when being asked what their favorite cuisine is.

It’s hard to argue against good old pizza and pasta, but I wonder how many people would rethink their answers if they knew the entirety of Italian food culture. Like most foreign lands, the Italian cuisine has a few dishes that would be deemed somewhat questionable when placed in front of unsuspecting diners.

Here are ten you should know about, especially if you’ll be visiting Italy any time soon.

My toes curl even thinking about this first item on the list. Maggot infested cheese is, in fact, considered a bit of a delicacy to the Italian cheese world.

It’s a somewhat outrageous take on traditional Pecorino cheese; a specialty in the region of Sardinia. Casu Marzu is a cheese made using sheep’s milk, and maggots. 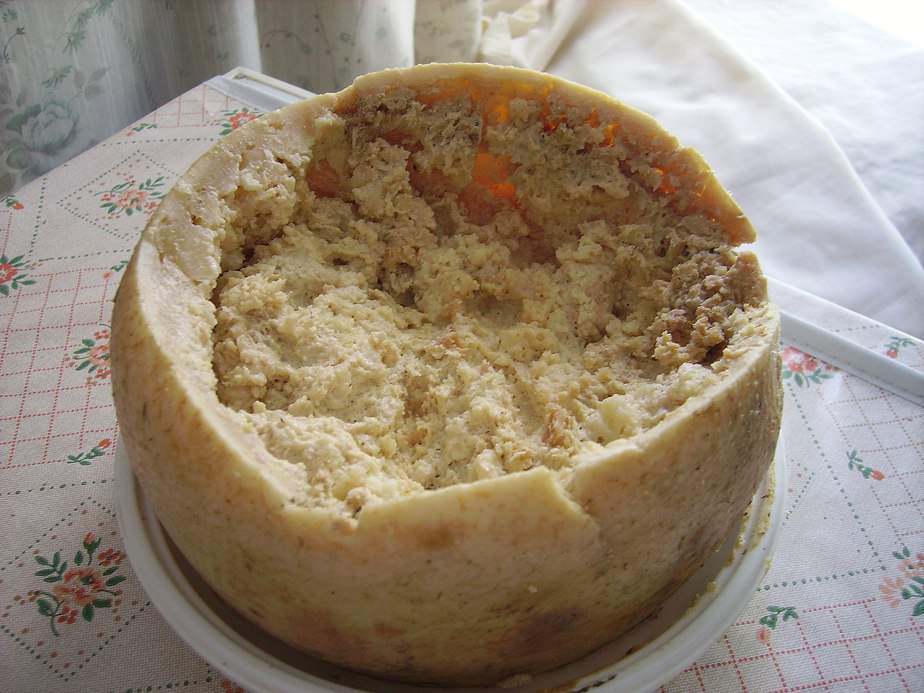 To make maggot cheese, cheesemakers will take a wheel of Pecorino, cut off the rind and then place it exposed in the outdoors for a few months. Over time, flies will land on the cheese and lay eggs. These will eventually turn into maggot larvae that eat and flavor the existing cheese.

The maggots are not removed from the cheese when served; you’ll see them right there on your cracker as it enters your mouth. Be careful — they jump.

Pig’s blood chocolate is the Italian equivalent to black pudding and/or blood sausage in other parts of the world.

Ironically, this isn’t a savory dish at all, but actually a sweet dessert treat that is customarily enjoyed in the weeks leading up to Easter.

Italians combine fresh pig’s blood with dark chocolate to make an incredibly rich, acidic treat. The chocolate chunks are usually served on top of a light shortbread biscuit for balance. 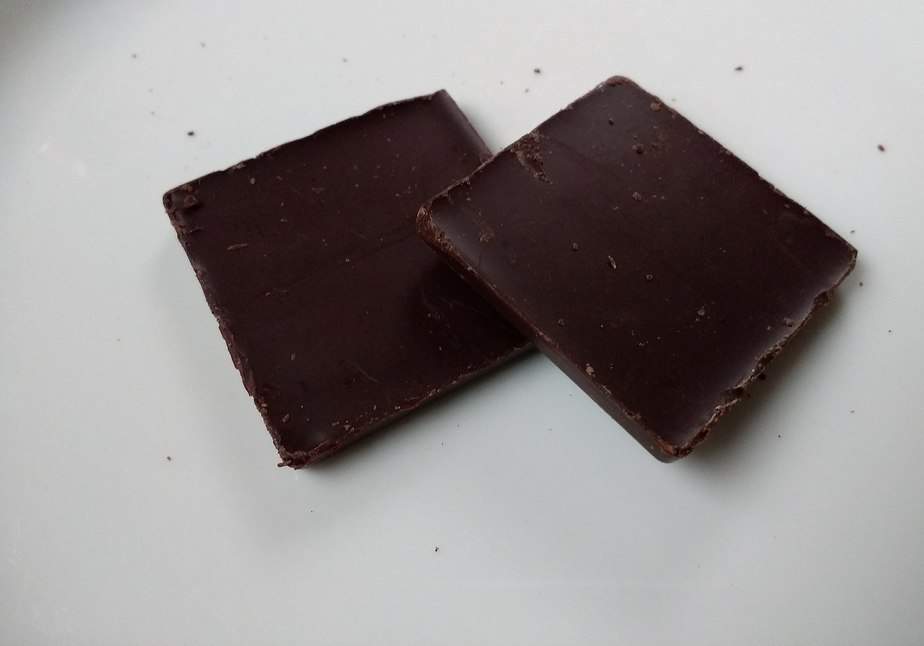 Another one to send your hairs into space, a cow spleen sandwich for lunch, anyone?

It so happens that cow spleen has been a staple food in the traditional Sicilian diet for centuries, so people in this part of Italy are unlikely to find anything off-putting about a spleen sandwich.

As a tourist, you’ll find ample opportunity to gorge on a thin slice of spleen nestled between two fresh baked pieces of bread. Cafe’s might have this item on their menus, but street hawkers are widely known to make the best versions. 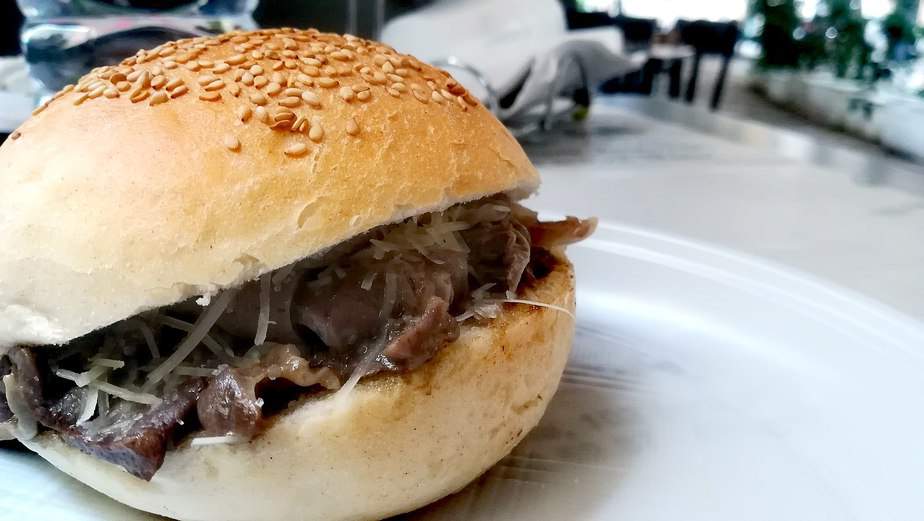 Pajata is not for anyone with a weak stomach or strong conscience. This dish in particular was banned for a while in Europe. It makes use of cow intestines, and was thought to be too risky to keep on menus during the mad cow outbreak.

It’s now back in full force.

Pajata is a pasta made by stewing calf intestines in tomato sauce. The calfs in question are never off of their mother’s milk, so they’ve not ingested grass yet. The milk residue in the intestines curdles into a kind of cheese, which adds an important element to the pajata dish. 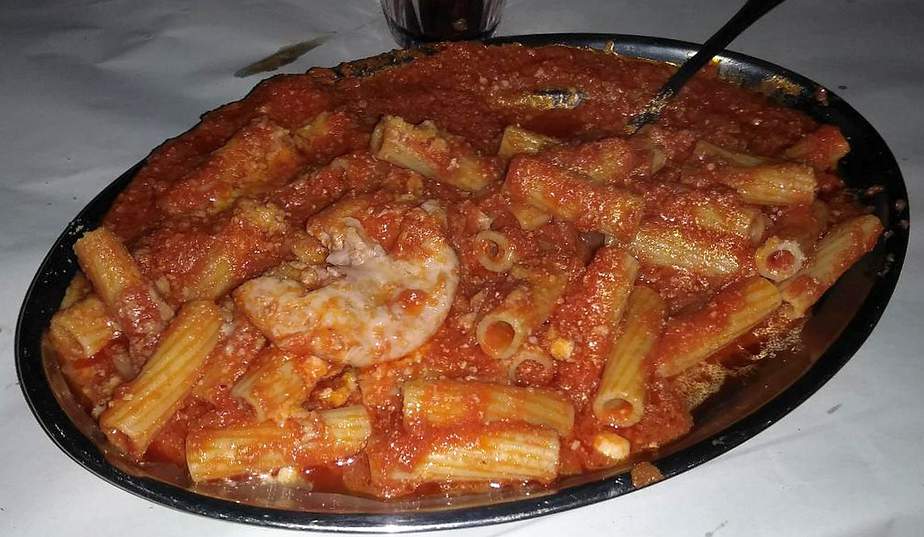 Coratella is another dish that requires the insides of animals to be removed.

Instead of cows, however, coratella uses the insides of smaller animals like rabbits. The insides are generally stewed together with artichokes.

Coratella is a popolar dish in Italy come Easter time.

Some regions in Italy are very open to different types of birdlife as meals, not just chickens.

In some parts, songbirds are skewered and cooked over flames. To make them more tasty, said birdies are usually stuffed with other animal parts ranging from pork and beef to other parts of birds.

Depending on your relationship to feathered friends, this one will either be unfathomable or completely reasonable. As one wise Italian once shared with me: perspective is everything, my dear! 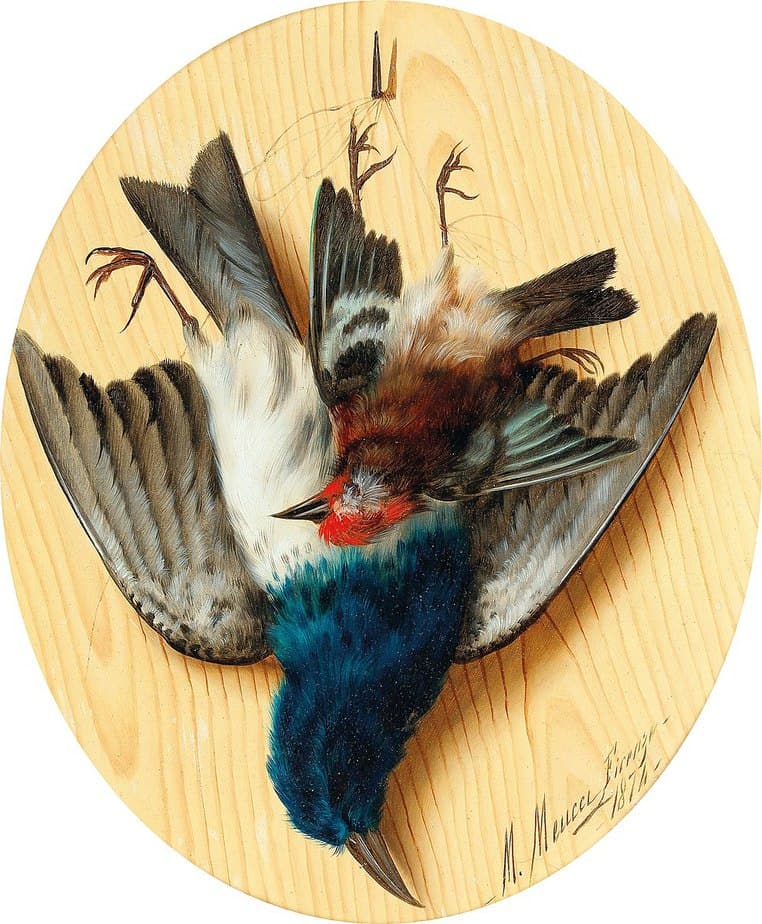 Agretti is one of the only weird Italian foods that doesn’t make my skin crawl at the thought of eating it.

It’s essentially just a long, exotic grass that grows in certain parts of the country. Once harvested, Agretti is boiled ever so slightly and dressed with olive oil, salt and lemon.

It has a very unique, yet distinctly vegetable, flavor. It’s a wonderful and light accompaniment to any main meal, however Agretti doesn’t grow year round — it is usually harvested in the spring. 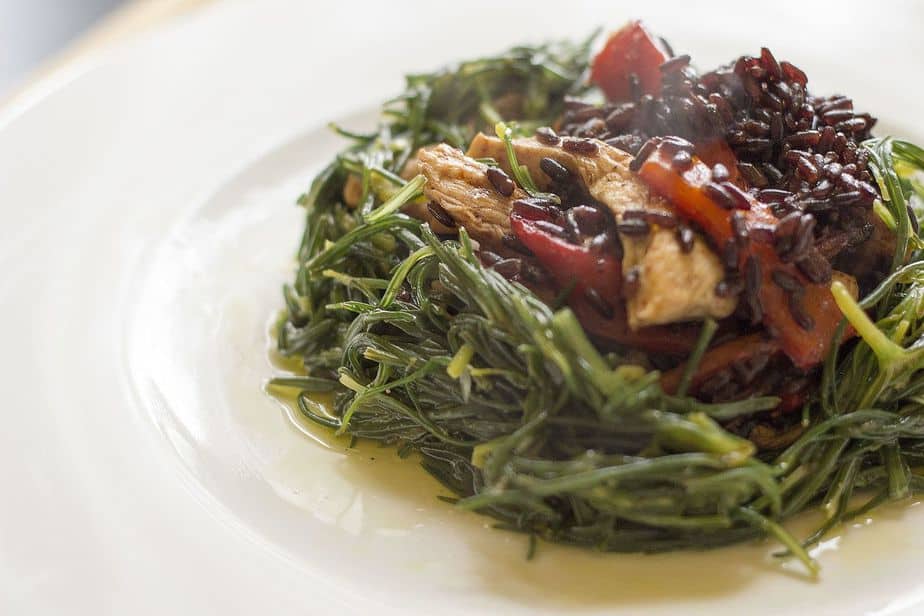 Today, mice are actually a protected species in Italy, but back in ancient times they were somewhat of a staple food.

If you make your way over to the Southern Italian region of Calabria, you’ll find that stuffed mice are still being consumed in the thousands by the local people.

The mice are stuffed with mince meat, nuts, herbs and spices. They are considered a delicacy to the Italian cuisine and not found often in other parts of the country.

Italy is no stranger to cured meats, and Italians will go to great lengths to make use of as many parts of the animal as possible before throwing anything away.

Salami in Italy is usually made from pig parts. For lack of a better word, head-salami is a common occurrence in Italian cuisine. They call it coppa di testa, which loosely refers to the head parts of an animal.

Head-salami is salami made using leftover parts of pig heads that one usually wouldn’t think to eat on their own. 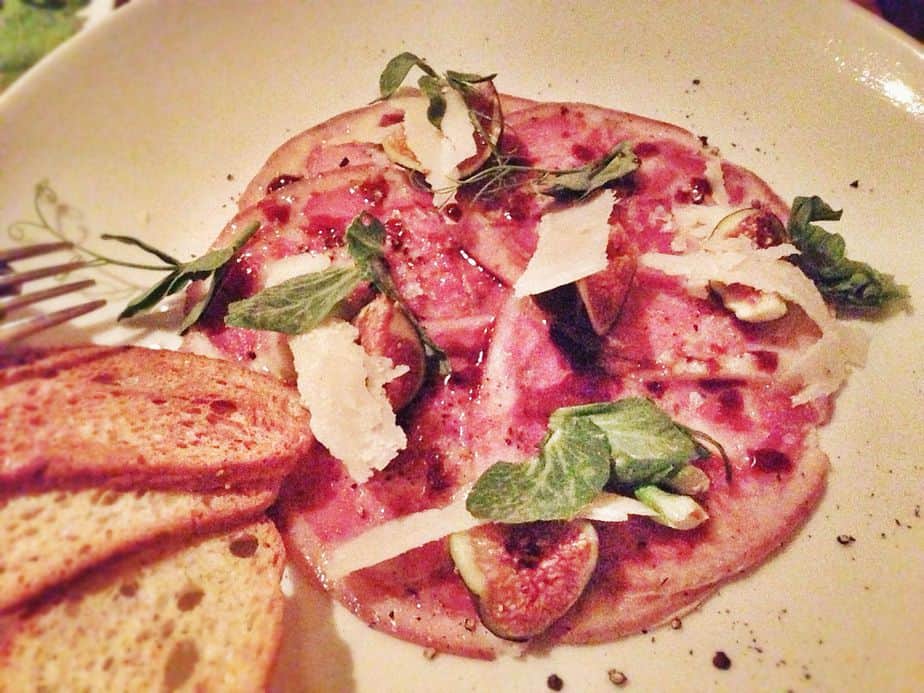 This final weird and wonderful food in Italy is one that has been a part of dining traditions for centuries.

Still practiced today, a lot of Italians will dine on raw snails with the belief that they form a cure for many gastrointestinal diseases. Those unable to swallow the snail itself might opt for snail syrup instead. I’ll let you use your imagination as to how this is made… 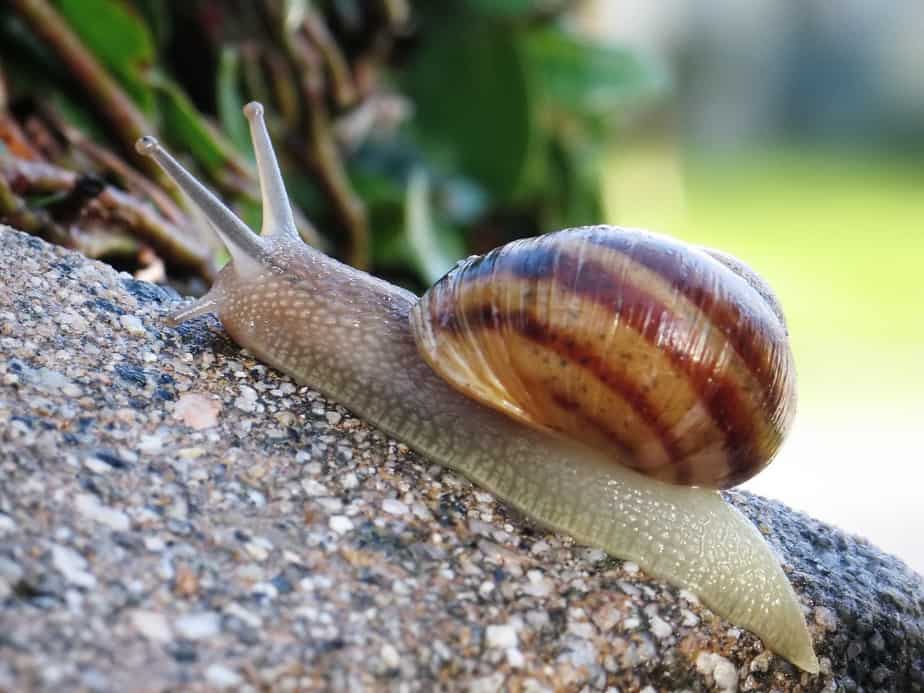