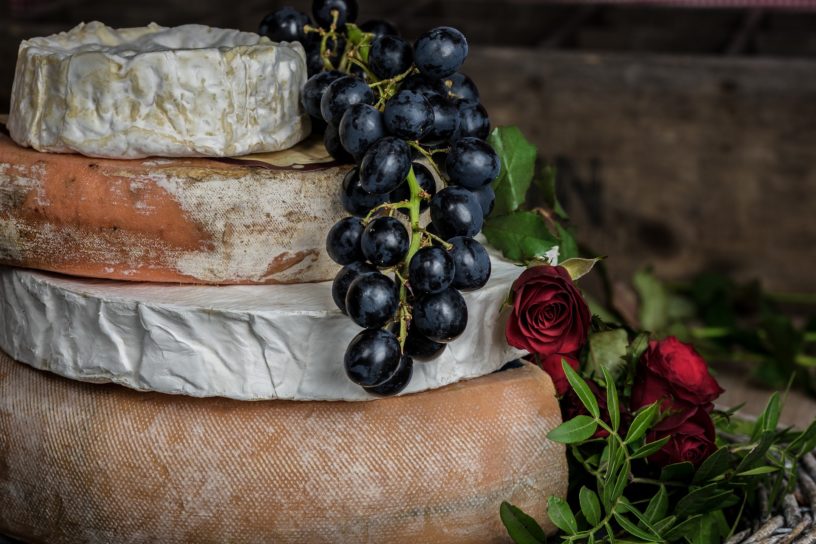 Italian cuisine is well known all over the world and consumed everywhere, but we can safely say that real Italian food is an experience to try at least once in a lifetime. When at home nothing will be as before because the excellent balance between flavours and the use of genuine and fresh Italian products makes every meal a real pleasure for the palate. Visiting the “belpaese” will allow you to walk through the art and history that makes it a unique and an unforgettable place, but don’t forget to try the food and savour the traditional dishes that characterize every region and make them all different from each other. You must know that each region has different types of typical dishes such as homemade pasta, meat and vegetable dishes, but above all cheeses. Let’s learn more about the “formaggio” with the top 10 most delicious Italian cheeses! 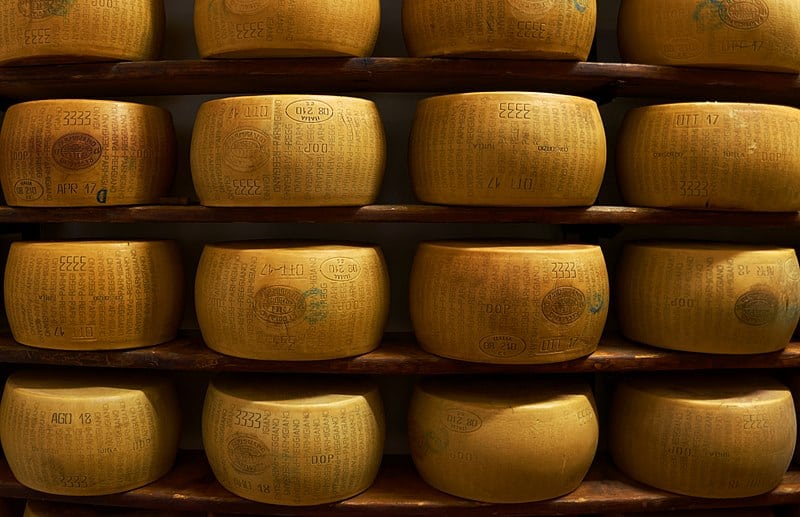 Since the Middle Ages, Parmigiano Reggiano has been made in the cheese factories of Parma, Reggio, Modena and Mantua without the use of additives and in a completely natural way. History tells us that it was the Cistercian and Benedictine monks who made the first Parmesan cheese as they needed a long-lasting cheese. Since 1400, the trade of Parmigiano Reggiano continued to expand and was exported throughout Europe: Flanders, Germany, France and even Spain. Parmigiano Reggiano is an Italian cheese with an important taste that has complex flavors ranging from salty to spicy, it can be used on dishes such as soups, fettuccine or pasta, risotto and meat dishes. 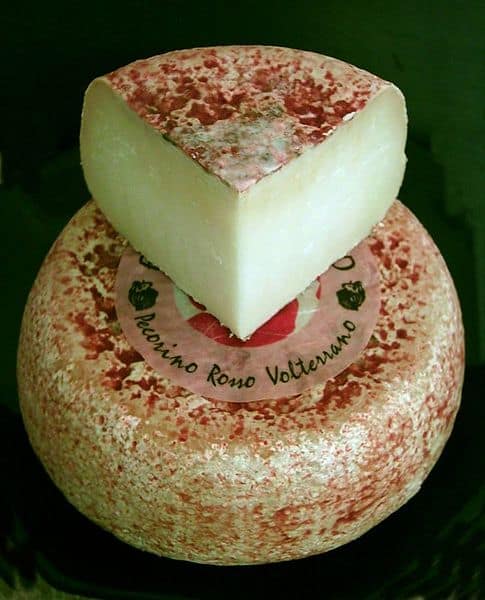 Pecorino cheese has very ancient origins, according to historians, it was already used by the ancient Romans during banquets but also by legionaries during long journeys for battles. In the Middle Ages, it was known as “the poor man’s cheese” as it was made using sheep’s milk and had a negligible cost for families thanks to the many pastures. The Italian regions that produce this particular cheese using sheep’s milk, rennet, salt and lactic ferments are Lazio, Sicily, Sardinia and Tuscany. Pecorino is made in many different ways, for example in Pienza you will find pecorino aged in barriques while in Rome you will find a cheese with a more intense and slightly spicy flavour. You can easily recognize it by the black rind and a very particular aroma. 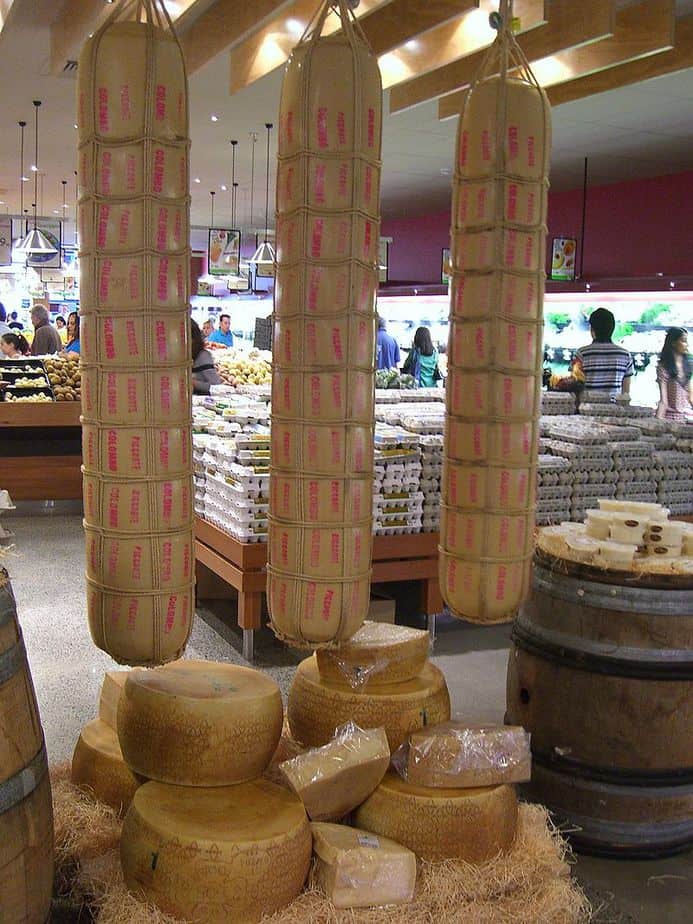 Since the nineteenth century Provolone cheese has been made in Northern Italy in the dairy factories of Bergamo, Brescia, Mantua and Milan up to Padua and the province of Trento. According to many food critics, this cheese is the result of the encounter between the Campana idea and the pastures of northern Italy. It is a stretched curd cheese which in fact can have different shapes and has a typical yellow paraffin crust. The taste varies from sweet to spicy according to the seasoning period and to the type of rennet that is used, which can be veal or lamb. 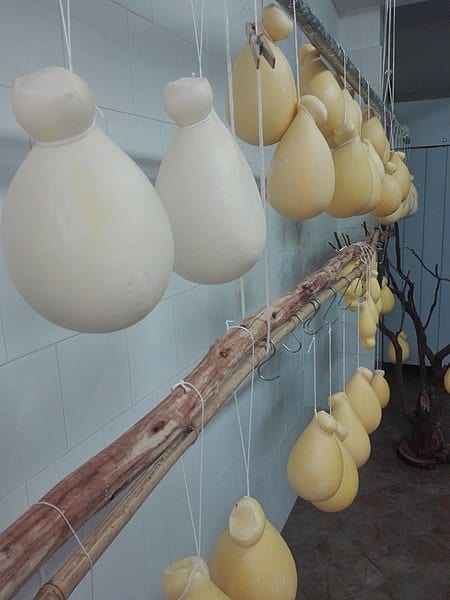 Caciocavallo is a cheese whose origins date back to the Kingdom of the Two Sicilies. It is a semi-hard stretched curd cheese that can be eaten raw and is used in many appetizers but also with meat and vegetable dishes and especially with mushrooms. The most popular varieties throughout Italy are those of Castelfranco, Agnone and Godrano. 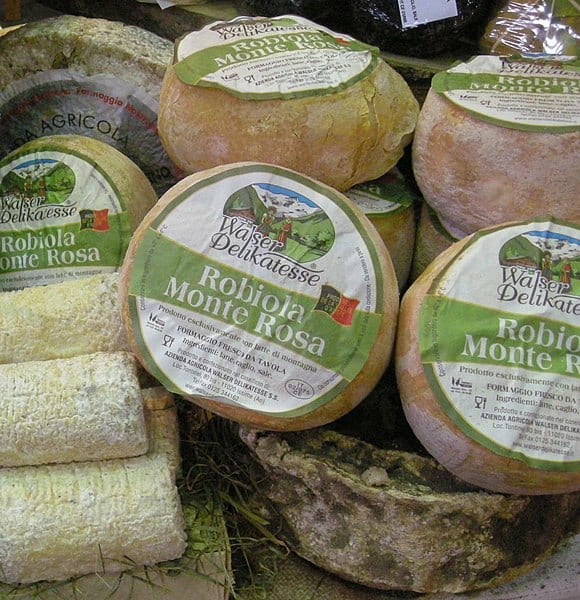 Robiola is a cheese made in different parts of northern Italy including Valsassina, Langhe and Bresciano but Pliny the Elder traced its origins back to the Celts. It is a fresh cheese without rind that contains 50% goat’s milk and all the milk used must come from wild animals fed exclusively with local fodder and without the use of GMO feed. Robiola cheese obtained its name from the reddish colour (rubeola – ruber for the ancient Romans) that it obtains at the end of maturation. It is appreciated inside quiches, with vegetables but also spread on bread for tasty appetizers. 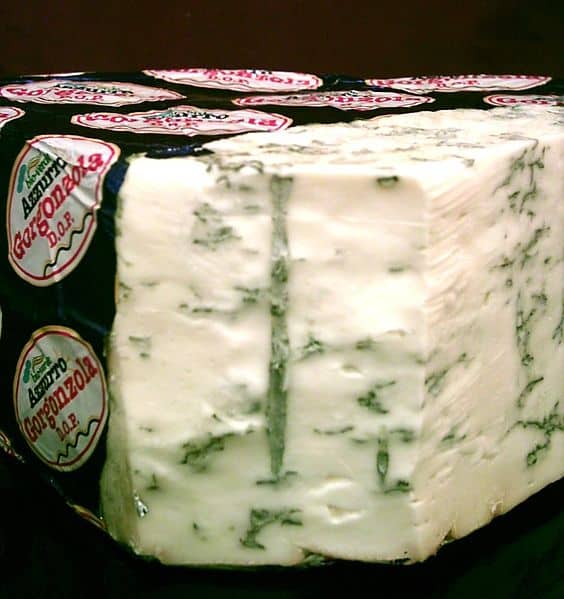 A piece of Gorgonzola by Knuckles – Wikimedia Commons

Gorgonzola cheese is made in Northern Italy. If you are curious and want to try this particular cheese, you must visit the town of Gorgonzola located in Lombardy where it is produced. It’s a particular blue cheese that has moulds and for this reason in the past, it was also called “green cheese”. It is very creamy and can be both sweet and spicy and it’s used to make tasty risottos, pasta, desserts and creams but also pizza! 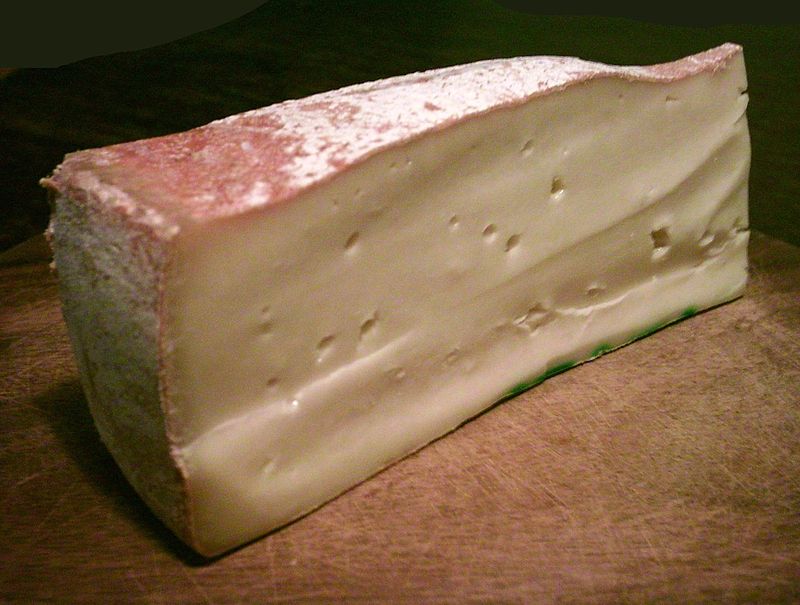 Fontina is a typical cheese produced in the Aosta Valley that has been included in the list of the 26 best kinds of cheese in the world by the Wall Street Journal. The origin of this cheese dates back to 1400 and at present there are 80 producers and around 200 mountain pastures dedicated to the production of this kind of cheese. The typical Aosta Valley dishes that celebrate this cheese that has a delicate and fruity aroma are fondue, Valdostana steak, polenta and crepes with fontina cream. 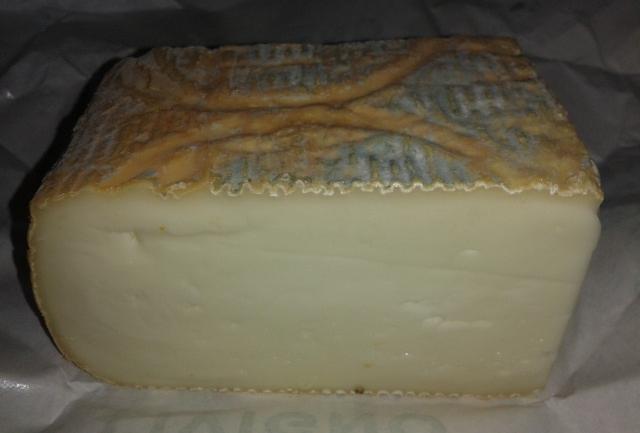 Taleggio is a typical Lombardy cheese made with cow’s milk and takes its name from the homonymous valley in which it is made, Val Taleggio in the province of Bergamo. It has a soft consistency and a pink colour, you will notice the presence of characteristic moulds with a grey or light sage colour. It is usually paired with polenta, wildflower honey and orange or mandarin jams which are sour and create a good contrast. 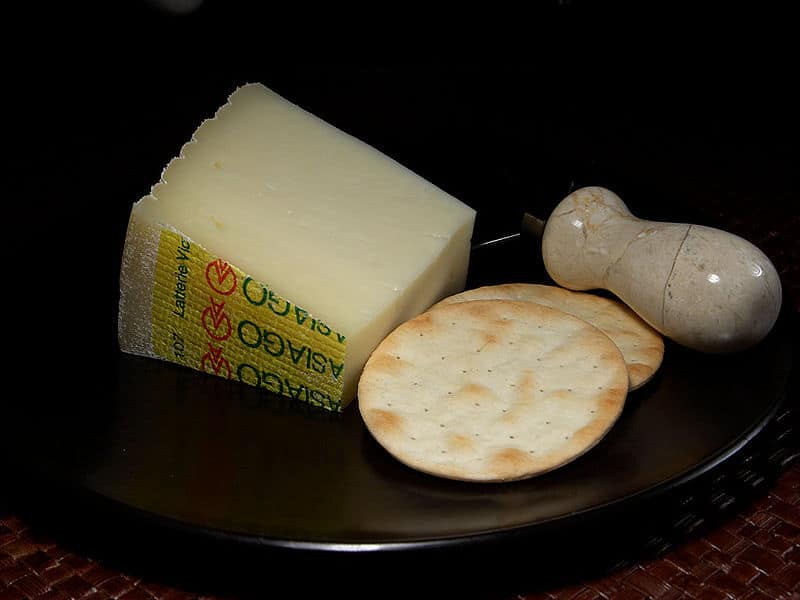 Asiago is a cheese that takes its name from the plain where it is produced, a place where sheep farming was predominant a thousand years ago. The areas are Vicenza, Trento, Padua and Treviso and mainly during the summer pastures known as “malghe”. You can choose between fresh Asiago or a seasoned one, and it is very often combined with foods such as brioches with salami, meatballs, salads, polenta pies. 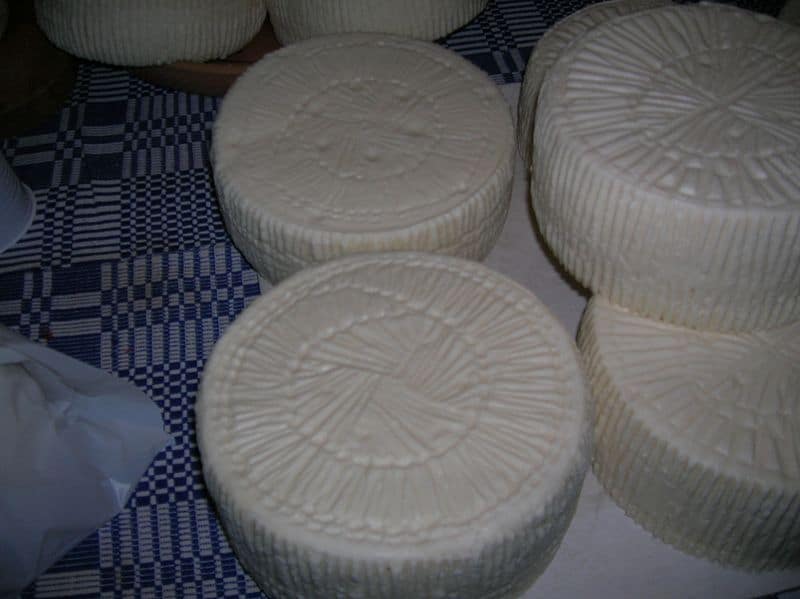 Ricotta is a dairy product that Italians obtain from the processing of whey and the coagulation of its proteins. It is not exactly a cheese but I love to spread it on bread or to obtain a cream to season a nice plate of pasta. It is a traditional product of Lazio, Basilicata, Campania and Calabria. In these places, you will find different types of ricotta made with cow, sheep, goat or mixed milk. 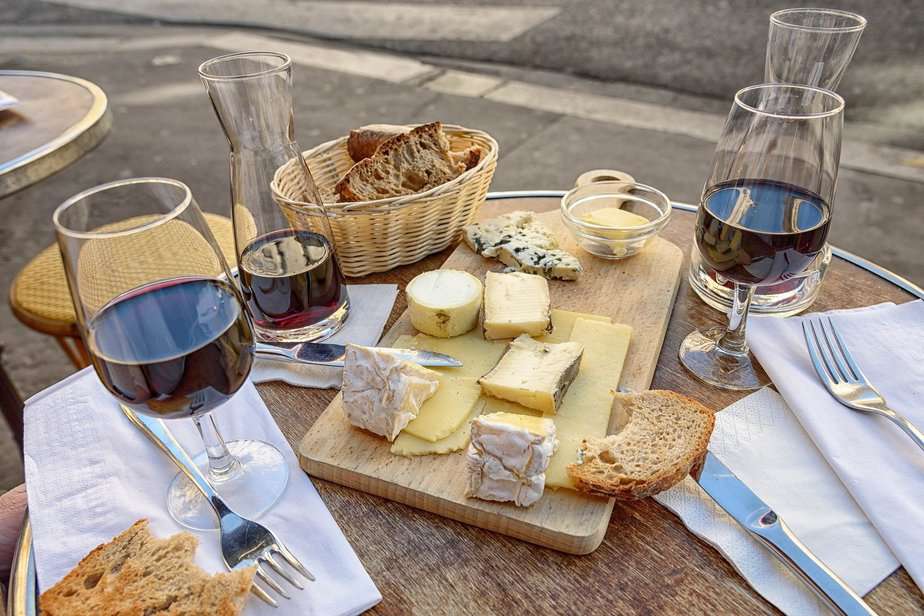 The secret ingredient of Italian cuisine is always cheese. When in Italy do as the Italians do, try different types of cheeses and take them back home with you! You won’t regret it!