Posted by Francesca on September 2, 2021 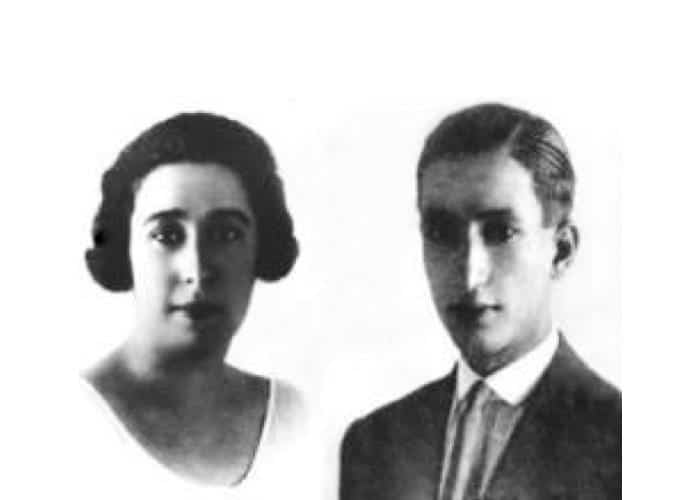 Italian fashion is the best known in the world along with English, American and French ones.
Artistic development in Italy was at its peak between the eleventh and sixteenth centuries. This gave a strong boost to creativity.
Thus was born a production of fine fabrics, hats and jewels. Without forgetting cosmetics and luxury goods.
Italy became the main trendsetter long after, in the second post-war period.
In Florence, the first fashion show was organized by Giovan Battista Giorgini on February 12, 1951.
Italian clothes and accessories designed for American buyers were presented during the show. Fashion shows spread between Rome, Florence, Milan and Turin.
Italian fashion was then established thanks to Hollywood. Let’s see together the top 10 facts about Edoardo Fendi and his history.

1. It is difficult to find information about Edoardo Fendi 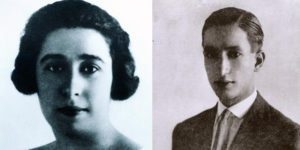 The founders of the company, Adele Casagrande and Edoardo Fendi, image sourced from HPVillage.com

My research on the story of Edoardo Fendi has not been successful. His life, his origins are not well specified.
Books, newspapers and websites do not tell much about this man.
The story of Fendi is very much about his wife and the idea she had. The idea of changing the name of their leather shop and the quality products that have helped them become famous.
The history of Fendi is long and full of changes and evolutions that have led them to create a luxury brand for which everyone would sell a kidney.

2. The birth of Fendi 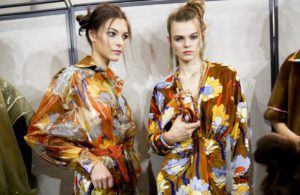 In 1925 the newlyweds Edoardo and Adele Fendi decided to open a leather shop in Rome.
Thanks to the cultural rebirth, the company increases its sales in Via Plebiscito.
They were so successful and for this reason, they opened other stores in the following years.
The company becomes also recognized internationally.
In the second post-war period, the Fendi sisters joined the company.
Nowadays they have 200 stores worldwide. 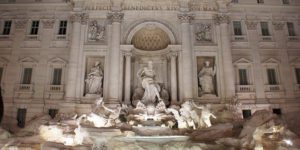 The world is full of bags. Bags of every price and material, quality.
Obviously, Fendi bags are luxury bags and are not for all budgets.
Did you know that there is a Guinness Book of Bag Records?
That’s right.
And the bag is known as “Selleria Fendi” is the least expensive.
At the modest sum of 38 thousand dollars.
The bag is beautifully made with fine leather and hand-sewn.
Everyone would like one. And you? 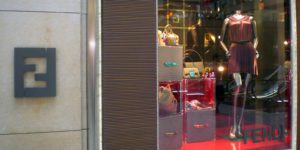 Due to a decline in turnover in 2001, the Fendi sisters are selling shares.
Louis Vuitton’s Moet Hennessy joint venture wins and acquires the shares.
There is new management and with the development of the distribution network and internationalization, the Fendi house rises again.

The tradition of Fendi and its magnificent creations have reached as far as China.
Thanks to the creation of the website designed specifically for their country.
The site has been adapted. In addition to the translations, they have also thought about adapting the images to allow them to buy their products.
Classic social media such as Twitter, Facebook or Youtube were not used in the website. 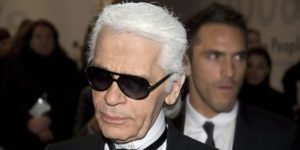 In 1965 Fendi began a long collaboration with Karl Lagerfeld.
Famous German designer who took care of the advertising campaigns of the Fendi house.
Lagerfeld had the ability to reinvent himself and help the company create ready-to-wear, haute couture and fur collections.
The partnership between Lagerfeld and Fendi lasted about 50 years. Thanks to him, the italic logo of the double F was born, known as “Karligraphy”.
He wanted the logo applied on the buttons, on inlaid furs, socks and turtlenecks.

7. Via Borgognone in Rome 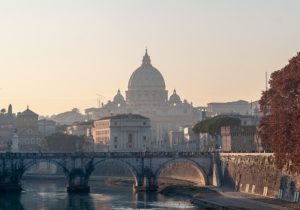 The store located in Via Borgognone in  Rome is very special. I advise you to drop by and visit it.
It is arranged following the geometries that characterize the brand.
The soft lights and luxury environments will make you feel like you are in a magical place. The dark colours make the boutique transgressive and at the same time revolutionary.
The merchandise on display is reminiscent of luxury but at the same time, it is wearable, full of details and details that make them unique. 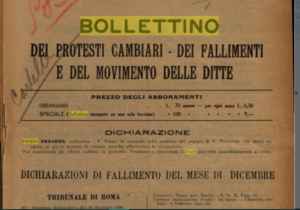 In the bulletin of the provincial council of the corporate economy of Rome dating back to 1937 I discovered that:

“Fendi Edoardo, furrier’s shop – V. Piave, 76 ceased to manage the shop in V. Plebiscito 108, left the new manager to collect some outstanding instalment effects. For lack, the effects fell in protest. Upon hearing, Fendi immediately arranged for the withdrawal. ”

So Edoardo Fendi also had some problems before becoming famous!
We have proof! 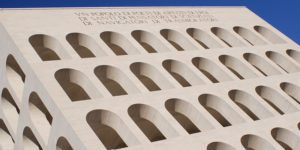 A detail of the front for the Palazzo della Civiltà Italiana/Square Colosseum: the magnificent Fendi headquarters! Image by Sean Duponti sourced from Unsplash

It is one of the symbols of the Eur area of Rome. Also known to all as the “Square Colosseum” due to the 54 arches that compose it.
In fact, the parallelepiped with four equal faces is completely covered in travertine marble.
The building is linked to the Fendi family which has been their headquarters since around 2013.
The Municipality has granted Fendi the rent of the building for 1 until the end of 2028.

10. Adele Casagrande, Edoardo and their daughters

Adele Casagrande was born in 1897. At 21 she opened her workshop in Via Plebiscito in Rome.
After Edoardo Fendi moved with her in 1925, she changed the name of the company.
Initially, they only sold leather goods and fur articles.
Fendi became famous for his bags and was successful.
They had five daughters Paola, Anna, Franca, Carla and Alda who helped grow the company over time.
Paola was the first to work for the company.
Edoardo Fendi died in 1954