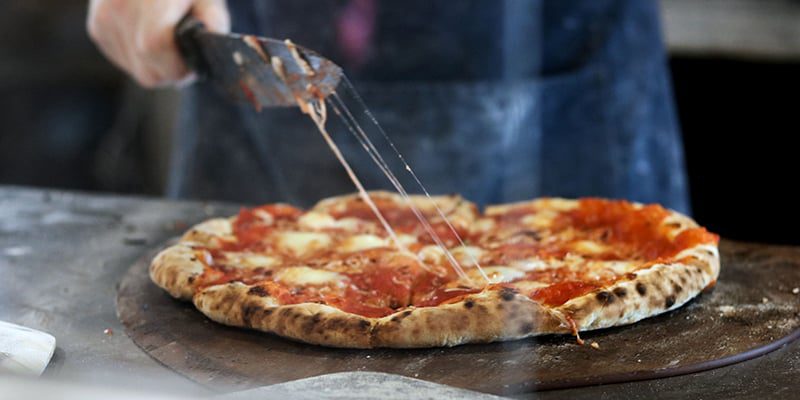 There are roughly 2,700 pizza restaurants in Rome, according to the Yellow Pages. Just how do you find the best ones?

You don’t necessarily need to be deep into the pizza scene to know where to go to have a great meal. There are some easy tips to locate a good place for pizza, the very same ones that I’ve been using to write this piece, and here they are for you, so you yourself can do your own pizzeria explorations! So, without further ado and in no particular order…

How to find the best pizzeria places in Rome?

With that in mind, here are the ten best pizzerias in Rome!

This pizza restaurant routinely ends up in the top ten list of best places in Rome and Italy, which is no small feat!

Going here is also the chance to explore the Monteverde/Colli Portuensi area, two quiet-er residential areas with plenty of shopping and eating to do! Monteverde also offers sprawling views over the city below it.

But back to La Gatta Mangiona! The general consensus is that there is a pizza scene, not just in Rome but in the whole of Italy, that precedes their arrival and one that follows it. Like a “before LGM” and “after LGM”, the new generation of pizzeria places, whether in the city or not, is seriously indebted to La Gatta Mangiona’s approach to the use of unexpected and seasonal ingredients, gourmet pairings or their interest in locating the best flours for their dough.

It doesn’t matter if you’re more traditional or more adventurous, any way you slice it (bad joke, I know!), you’re going to find a great pizza here. Just remember to book a table ahead of time (they’re that popular). 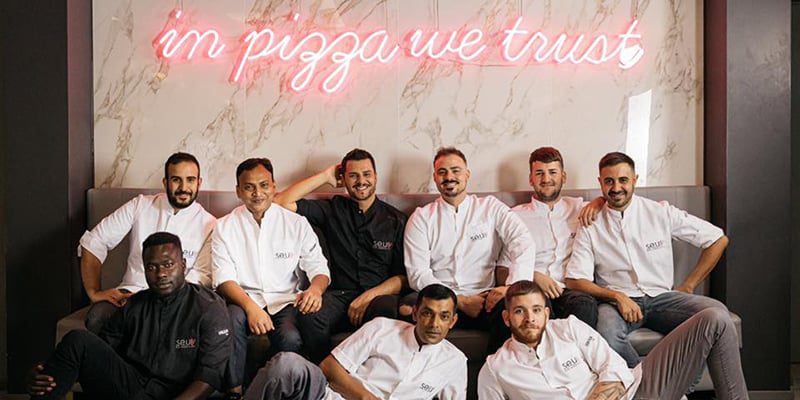 The staff at Seu Pizza Illuminati: in pizza they trust! Image sourced from Facebook

Pier Daniele Seu is one of Rome’s most well known pizza chefs, and has gotten a number of awards himself for his approach to the pie, which makes a refreshing use of local ingredients and toppings (he does great vegetarian pizzas that don’t feel like you’re sacrificing anything!).

If the location in Trastevere feels far away to you, you can taste Pier Daniele’s excellent pizzas at his stall in the Mercato Centrale food hall at the Termini central train station. 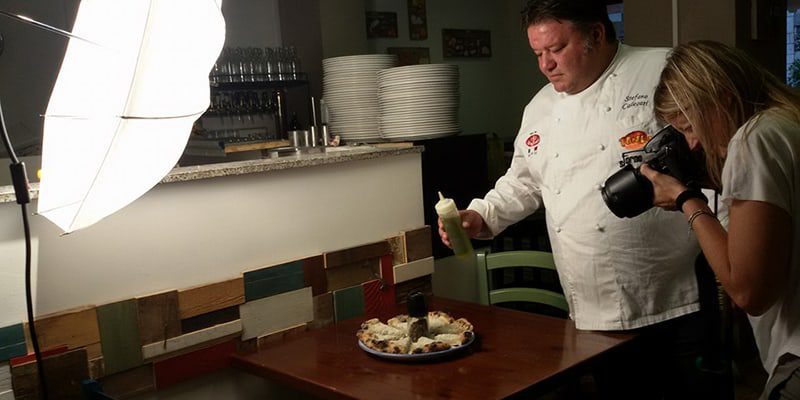 Chef Callegari puts the finishing touches to one of his pies. Image sourced from Facebook

The first pizza restaurant opened by Stefano Callegari, one of Italy’s best-known pizza enthusiasts (and innovators, may I add).

In the heart of the Espero area of the seriously trendy Montesacro district, Tonda is surrounded by many other excellent pizzeria restaurants, but the pies here are lighter, fluffier, closer to the ones prepared in Naples. While slightly smaller than what is available in other places around here, Tonda’s are incredibly delicious: look for the specials of the day on the blackboard!

And if you don’t feel like eating pizza, you can always try a trapizzino, which was invented by Stefano itself. A trapizzino mixes a sandwich, a pizza and a calzone, with astounding fillings taken directly from Italy’s best known traditional dishes: from meatballs to pollo cacciatora, you will want to taste them all! 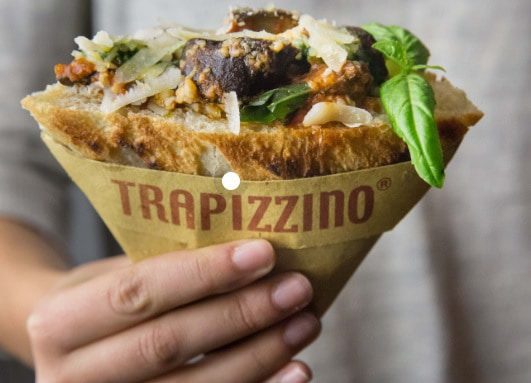 An extra note: Chef Stefano has a handful of other pizzeria in the city, so look out for Sforno and Sbanco, respectively – you won’t be disappointed!

Via Valle Corteno, 31 (Montesacro district – get on bus 90 from Termini to get close to the pizzeria!)
Opens every day from 745PM to 1130PM.
Prices average around 20 Euros per person.

While the other pizzeria restaurants I’ve mentioned this far offer pizzas that are a bit on the softer/more elastic side, real Romans take pride in the fact that for them pizza has to be “scrocchiarella”. It’s an adjective straight out of the Roman jargon which means that the pizza needs to be thin and crunchy. Mirko Rizzo and Jacopo Mercuro, the two guys who opened this restaurant, favor this type of pizza rather than the Neapolitan one.

Don’t be misled by the basic ambiance and decor – this place is worth checking out, but you will need a car to get to it (or rather, to return to your accommodation, as the subway around these parts closes early).

Via Tor de’ Schiavi, 53 (Centocelle area)
Opens Wednesdays to Mondays from 730PM to midnight. Never on Tuesdays.
Prices average around 20 Euros per person.

This is a somewhat different concept than the other pizzeria in Rome I’ve been listing so far: rather than a noisy, traditional-looking hangout, you will feel like you’re entering a Michelin-starred place, a luxury restaurant (complete with classical music playing in the background!). 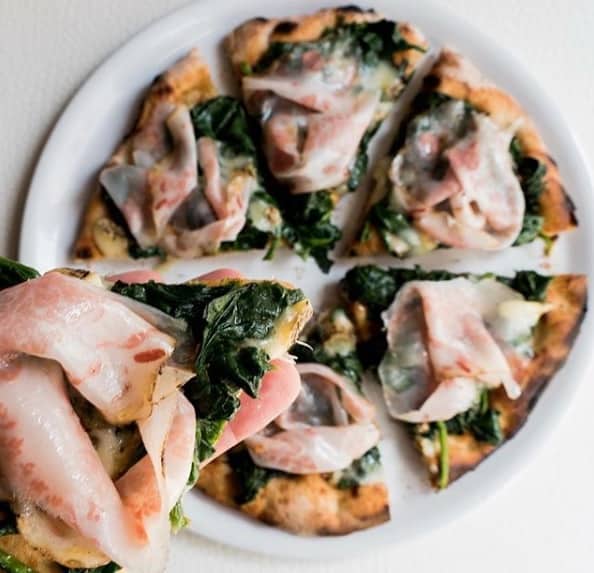 In Fucina pizza, image sourced from In Fucina Roma Instagram

Prices are also way higher, and to be fair people find it to be outrageous: because chef Edoardo Papa (an actual chef rather than a pizza maker) goes out of his way to locate unique ingredients, which include organic cheeses and hard to find varieties of tomatoes.

The way the pizza at In Fucina is served is different, too: expect to have it pre-cut into slices, the “U.S. way”, as the chef insists that you have to share it with your friends or loved ones!

Via Giuseppe Lunati, 25 (Portuense area)
Opens every day from 745PM to 11PM.
Prices average around 50 Euros per person. 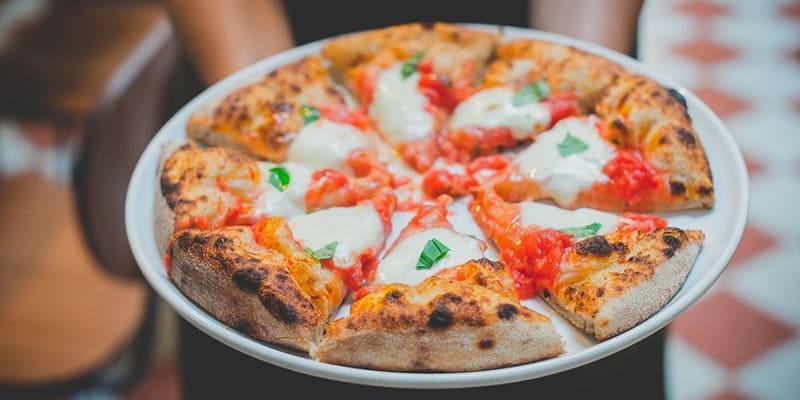 Berberé hails from a city that stands for many excellent traditional dishes… But pizza is not one of them! You wouldn’t peg Bologna as a pizza capital, and yet it’s exactly what it’s becoming.

Matteo and Salvatore Aloe, who were students in the land of tortellini but come from the Calabria region, have been opening 9 pizzeria places in 10 years or so. Their mission? They want to rejuvenate Neapolitan-style pizza.  So while here expect uncommon ingredients such as orange scented oils, Mora (a type of pig) sausage or smoked ricotta, along with many specials of the day.

The Roman branch of Matteo and Salvatore’s “pizza empire” is by the Macro museum, in the Trieste district north of the city center.

By the way, Rome has recently become a destination for famous pizzeria chains: in the city you can also find excellent Neapolitan-style pies at Lievito Madre Gino Sorbillo and Da Michele, respectively: two of the most famous pizza places in all of the country (with branches abroad, too). 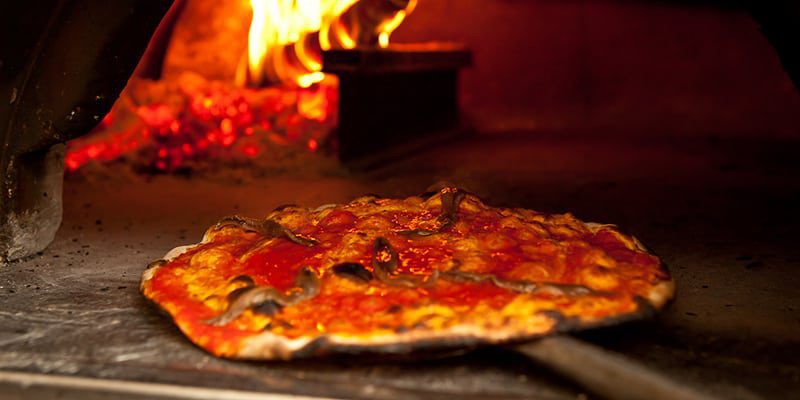 Hot off the oven at Rosciolis’ owned Emma! Image sourced from emmapizzeria.com

Another surefire address for lovers of Roman-style pizza: the guys behind this restaurant in the very center of the city, right around the cat sanctuary at Largo di Torre Argentina and a few blocks from Campo de’ Fiori, are from the Roscioli family, owners of the famed bakery/bistro/café by the same name.

A proper sit-down restaurant also offering a simple traditional menu with pastas, meat-based dishes and even many vegetarian options, Emma’s location is unbeatable, as are the prices for this part of the city (many luxury restaurants are nearby). 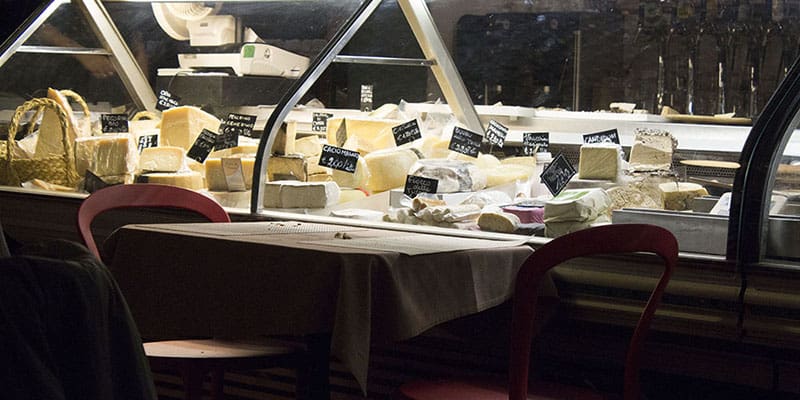 A table with a view! At Pro Loco DOL you can buy the cheeses and cold cuts the restaurant uses to prepare their dishes. Image sourced from dioriginelaziale.it

This place has two different locations: the latter (DOL, which stands for “di origine laziale”, “from the Lazio Region”) is in the working class district of Centocelle. But if you can’t make it there, try the “Pinciano” location, by Piazza Fiume, as it’s just a handful of bus stops from the train station at Termini.

These guys are big on selecting farmers and growers from the area around Rome, so they offer a proper menu on top of their pizzas, and focus on hard-to-find ingredients to prepare Roman traditional dishes.

And their pizzas are some of the best in the city! The ones at Pinciano are the regular round pies, whereas DOL will bring out a tray with square-cut slices (minimum order for pizza only is for two people).

One of the mainstays of the Testaccio district, Remo offers Roman-style pizzas since 1976 with a no-frills, somehow curt service. You eat on a paper towel, and what you see is what you get – no organic flours, no odd toppings: just the basics, with a super cheap cheque at the end (considering what’s in the same area). The quality of the pizza is astounding, if you like the Roman type, thin and crunchy. And the fried supplis or potato croquettes are to die for!

Expect to find some local VIPs among the customers – Remo has an excellent reputation. And rightly so!

One of the most important, more recognizable names in the Trastevere restaurant scene, this pizzeria is one of the most popular in central Rome – similar to Baffetto on the other site of the river, going here is a rite of passage of sorts, a Roman staple through and through.

While other restaurants in the area have come and gone, changed their menus or changed owners, Dar Poeta (a Roman nod to the statue of Giuseppe Gioachino Belli, one of the city’s best known poets) has always stayed the same. In this day and age, it’s so refreshing!

Make sure you book a table ahead of time – you’ll have lots of competition for a table in this tiny, rustic place that serves a pizza that is neither Neapolitan nor Roman: it’s its own thing! Which is why you will find queues of wannabe customers waiting to be seated long into the night.