Top 10 Attractions You Must See in Rome 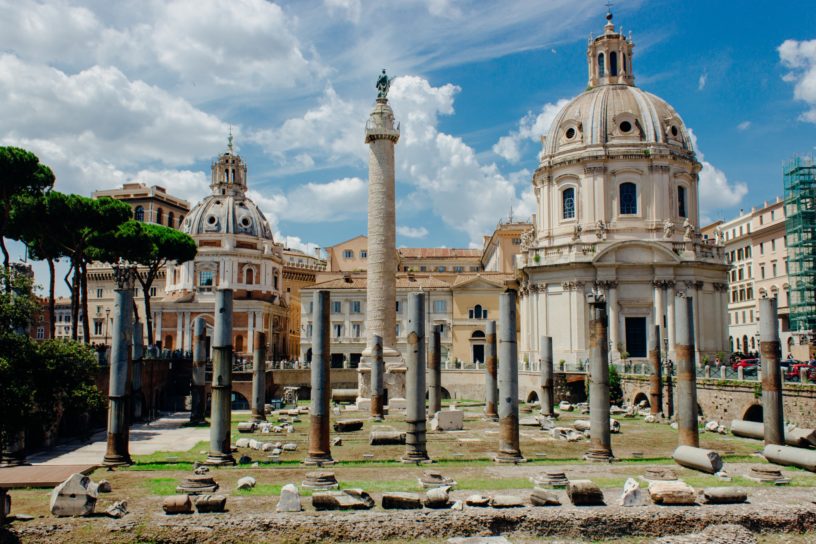 Top 10 Attractions You Must See in Rome

Visiting Rome is a bucket list item for many people around the world. When they finally make it to the ancient city, most are pleasantly surprised at how tightly packed the main attractions are within the center.

These are the ten I would advise anyone not to miss. They are all encompassing of the history, culture and even architecture of this ancient land.

1. The Colosseum in Rome

A visit to The Colosseum goes without saying. It’s one of the most recognizable landmarks on the planet, and Rome’s crowning glory.

In ancient times, The Colosseum was used for gladiator battles as a form of entertainment for the Roman public. There is a history behind (and underneath) these walls that one couldn’t imagine if they tried. Click here for a fairly great summation of the most interesting facts. 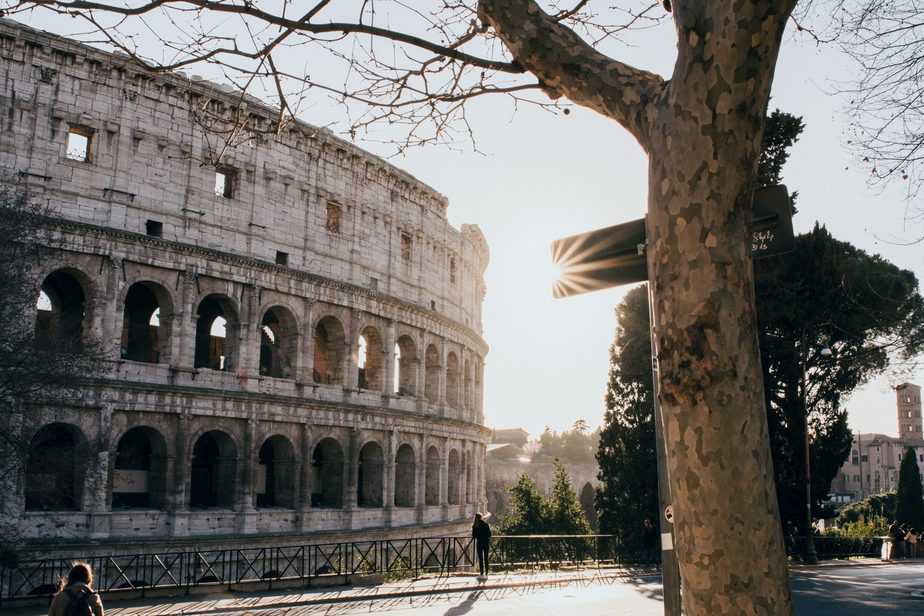 2. The Roman Forum in Rome

The Roman Forum sits right next to The Colosseum, so these two attractions are usually visited in unison.

The Forum is actually a cluster of attractions; a vast patch of land that holds several ruins of old government buildings from when this city was first built.

Centuries ago, this would have been the town’s center and where the citizens would come for communal gatherings, marketplaces and documentation. 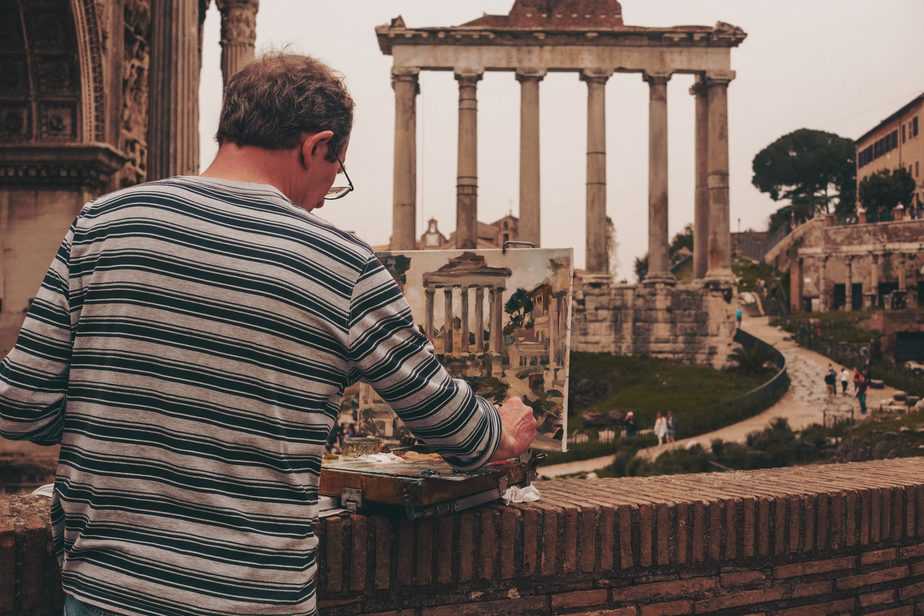 3. The Trevi Fountain in Rome

Construction of the Trevi Fountain began in 1732. At the time, the city was in need of a water source that could bring the existing aqueducts deeper into the city.

The fountain has seen multiple rounds of renovation and restoration. The final product that we admire today draws in crowds of thousands of people on a daily basis, all looking to toss a coin over their shoulder into the water for good luck.

At present, over €3000 per day is tossed into the Trevi Fountain water. All of the money is collected on a regular basis and donated to charity. 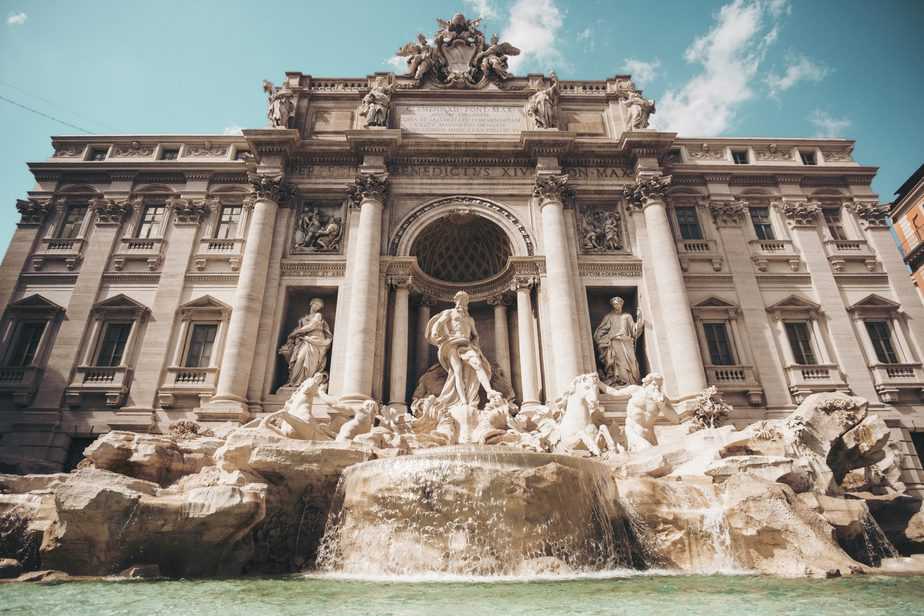 Visiting St Peter’s Basilica is a pilgrimage that most Catholic worshippers long to make at least once in their lives.

This is a grand Renaissance style church built at the edge of the Vatican City. It is considered to be one of the holiest spaces on the planet, hence its popularity amongst the Catholic people.

Often, the pope will address the people from outside of the church in the public square. 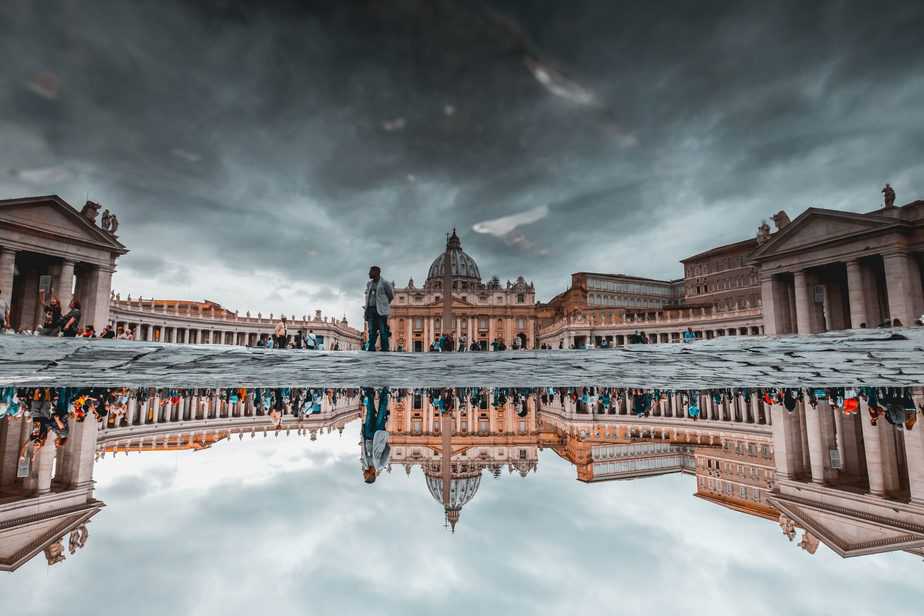 The Pantheon is the most preserved and most ancient attraction in all of Rome. It was built between AD 118 and AD 125, making it quite astounding that this monument is still standing today.

The Pantheon was originally built as a temple dedicated to all of the gods of pagan Rome. It was later transformed into a church, which is still its main function today. 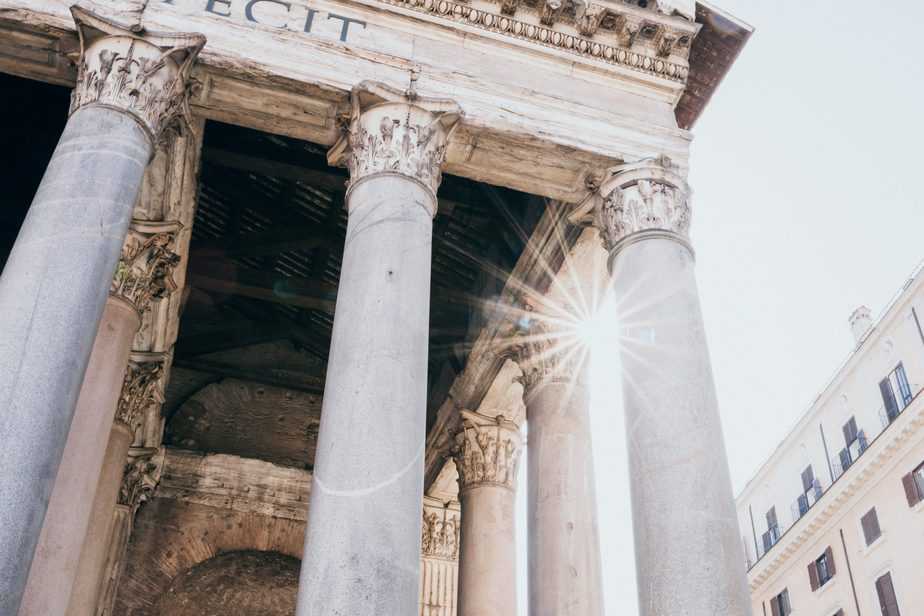 6. The Vatican in Rome

The Vatican is the city-state that exists within the confides of Rome. It’s the residency of the pope, as well as the headquarters of Roman Catholic Church.

It exists independent of Rome, and there are roughly 600 civilians living within the walls at any given time.

Visitors are permitted into the Vatican daily, and are given access to the Vatican Museums including the Sistine Chapel where Michelangelo’s famous works are exhibited. 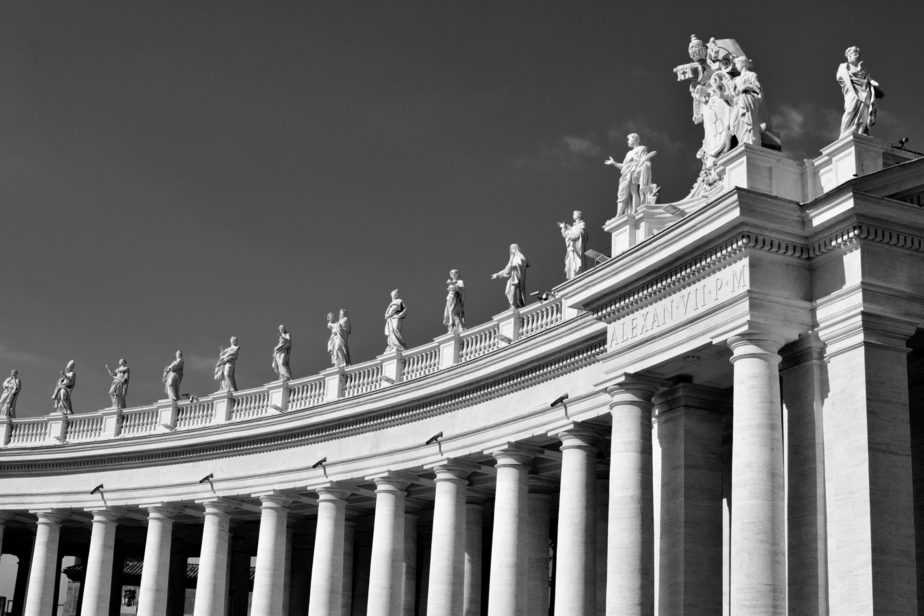 The Vatican – by Sins S – Unsplash

7. The Spanish Steps in Rome

The Spanish Steps were constructed in 1725 as a means of connecting the Piazza di Spagna at the base and Piazza Trinità dei Monti above.

They still serve the city today, and are considered one of the most romantic landmarks to hang around in the center. The steps are notoriously crowded, even in the evenings.

Try to visit this spot both by day and by night, the energy is very different between the two times. 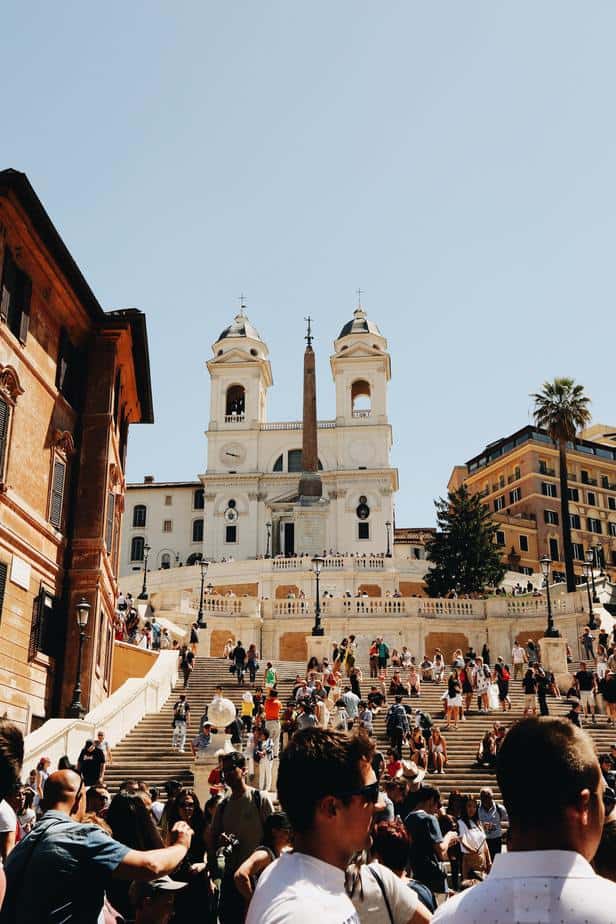 Rome has a lot of piazzas that you’ll visit as you make your way through the city. One in particular that deserves an hour of your time is the Piazza Navona.

It was built in the 1st century AD, making it about as old as the Pantheon nearby. Back then, it would have been used for chariot races and battles. Today, the piazza is lined by lavish eateries and ornate fountains.

The perfect spot for sunset in Rome. 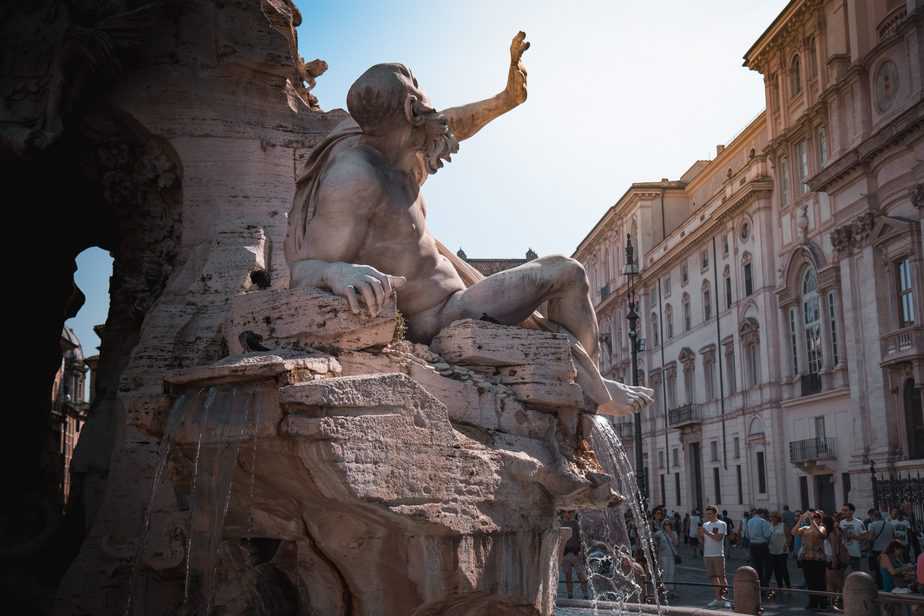 The Castel Sant’Angelo is one of my favorite architectural monuments in Rome.

This is a giant cylindrical building was built by the Roman Emperor Hadrian as a mausoleum for himself and his family. Later in Roman history, the building was used by the popes as a fortress and castle.

Today it is a museum, and entrance per person is around €14. 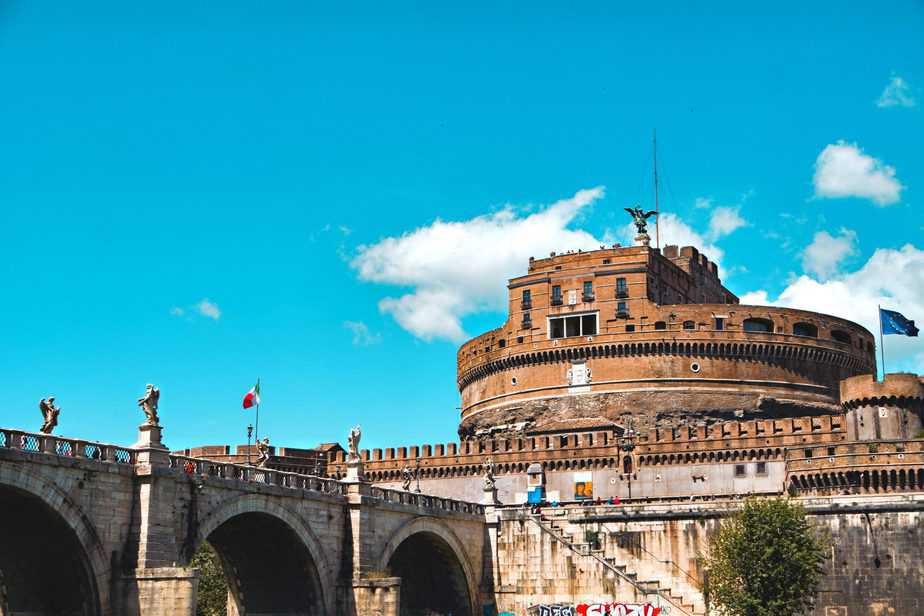 Palantine Hill is the centermost of the seven hills of Rome. It is considered by many to be the first nucleus of this ancient empire, and stands proudly overlooking the Roman Forum next to the Colosseum.

It is thought that in ancient times, Palatine Hill was the most desirable neighborhood in the ancient city. This is where the aristocrats and emperors wanted to live.

Because of their close proximity to one another, entry to Palatine Hill is included in a combination ticket for the Colosseum and the Forum. It is highly advised that you wear comfortable walking shoes when visiting all three of these attractions. 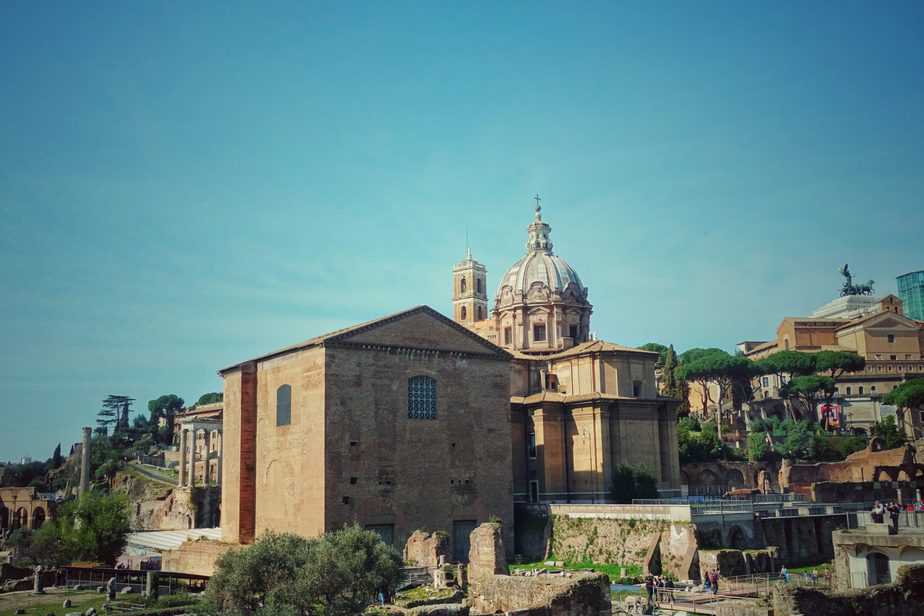