Italian fashion design is an epitome of luxury, comfort, style and unique sense of aesthetics.

Numerous Italian designers have made it to the top, with their products gracing the covers of magazines and fashion editorials. Top-notch Italian designers have also continuously demonstrated their exquisite models on the runways of various fashion capitals of the world, including Los Angeles, Rome, Milan, Paris and London.

What makes Italian designers so special? Maybe it’s their intrinsic predisposition to beauty and style, or their penchant for mixing various textures and materials into an unforgettable whole.

We start our presentation of the best Italian designers  with: 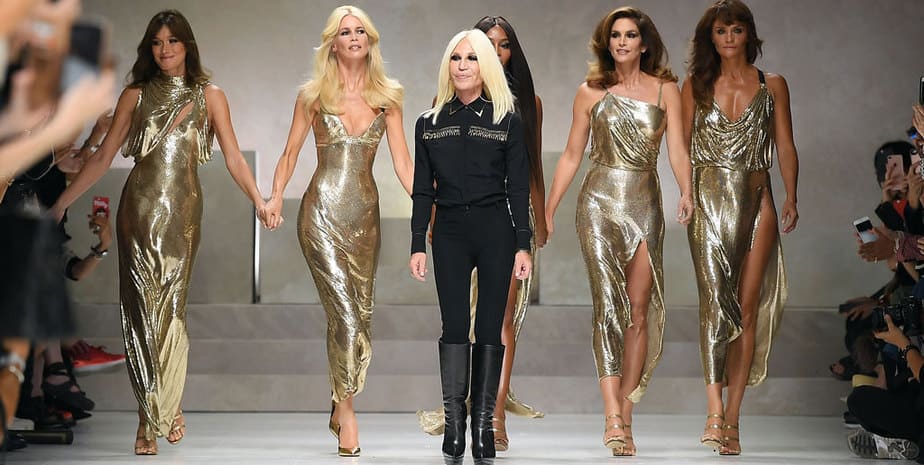 Donatella Francesca Versace (born 2 May 1955) is an heir of the famous Versace empire and became its head soon after her renowned brother Gianni Versace was murdered in a fatal shooting outside  the Miami Versace mansion.

Donatella has preserved her brother’s extravagant style throughout the years, and despite having sold the company to Capri Holdings in 2018, Donatella still plays a vital part in the business’ functioning and details.

The Versace models are extravagant, with a sense of exotics and passion that is typical for a truly Calabrian brand. Calabria is the birth pace of the creative Versace family. 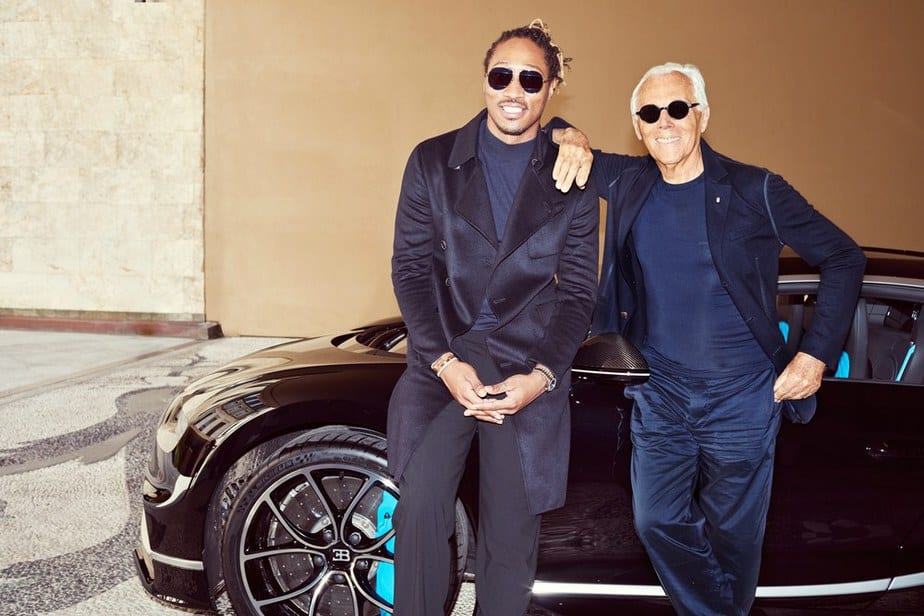 Another famous Italian designer who is considered to be a true master of the worldwide fashion podium is Giorgio Armani.

Armani formed his company in 1975 and became one of the most successful Italian designers, with a personal fortune of $8.1 billion.

Unlike other Italian designers who promote sassy outfits and extravagance, Giorgio Armani highlights clean, well-tailored forms and shapes. He targets the upscale,  professional audience and his models are suitable for conferences, business events and corporate outings. He prefers smooth textures, embroidery and low-keeled shoes as well casual sneakers for his fashion ideas.

He mixes Eastern influences with motifs from the past which result in elegant, decorative patterns. 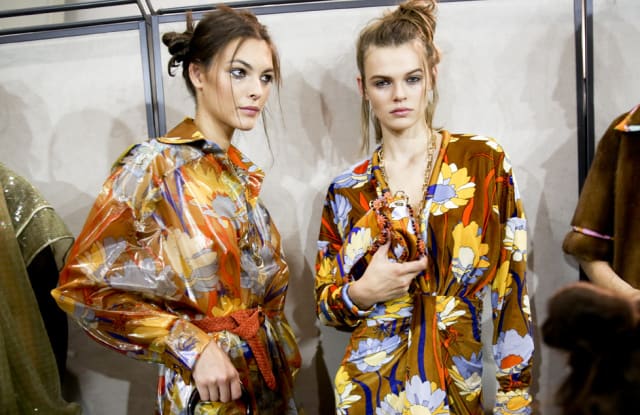 One of the most respected fashion Fendi lines was launched in 1977 with a “365-a dress for every day of the year, for a woman who wants her fur and purse to match her dress.” 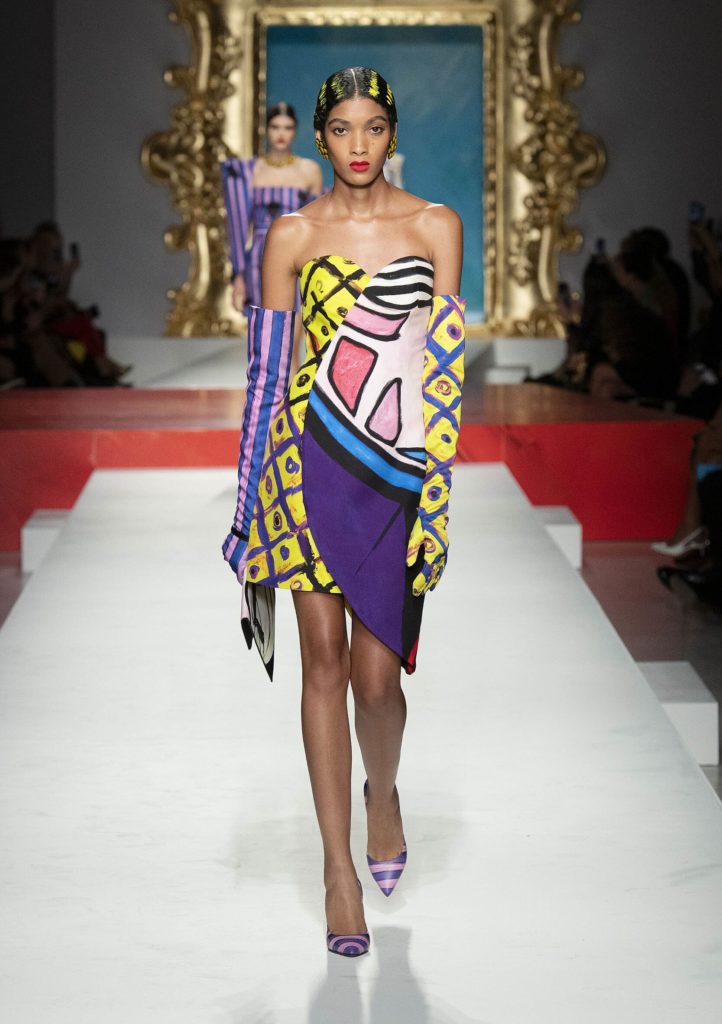 Image by the Skinny Beep

One of the creative geniuses of the Italian fashion brand is Moschino, whose initial aspiration was to become a painter and soon after that, he became an illustrator for numerous periodicals.

The designer itself exhibits his ideas through extravagant creative ideas and highlights eccentricities such as frizzi hair.  His models take the roles of nuns, fairies,  and clowns in extraordinary fashion shows.

Dolce & Gabbana is the Italian fashion brand synonymous to opulence and excess. Uniquely embroidered shapes, black opulent lace and flower motifs are all highlights of the brand.

The Dolce & Gabbana’s clothing collections reflect numerous creative themes, and they draw inspiration like those of the dolce vita to the Catholic Church where Dolce and Gabbana get their influences frequently from.  Leopard prints and chic mini-skirts are some of the major highlights of this Italian fashion brand. One of the quotes of the famous designer duo summarizes all of their ideas:

”We make clothes that make you feel, make you dream an Italian dream. ”

In 1986 Prada produced their first-time collection, with the simple name “Real Women.” Soon after that, they launched their knitwear line and beachwear and lingerie lines.

In 1994 they set the beginning of the D&G label, that was inspired by street style and a casual, youthful look. 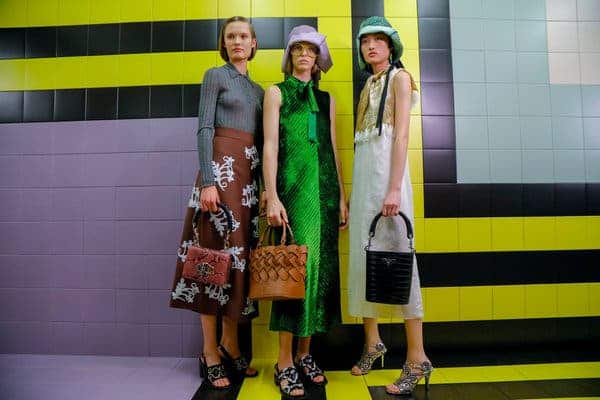 Prada mixes a variety of styles, from classy to extravagant, from hipster to frumpy and opulent to retro.

For those looking for a good mixture of styles,  Prada is the ultimate destination. What summarizes the intrinsic Prada style is its roots in modern, North Italian traditions, combined with the whimsical creative ideas of the people behind it.

The richness of the Italian fashion styles does not stop here – the Italian fashion ideas are a unique mix of extravagance, modern flavors and historical influences. They have started as an idea and continued to develop into a unique fashion brand throughout the years.

From the classical charm of Armani to the exquisite extravagance of Prada, and dynamics of Fendi, the Italian fashion brands are multi-faceted and diverse. 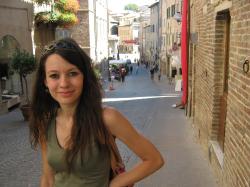