How to Get to the Amalfi Coast from Rome 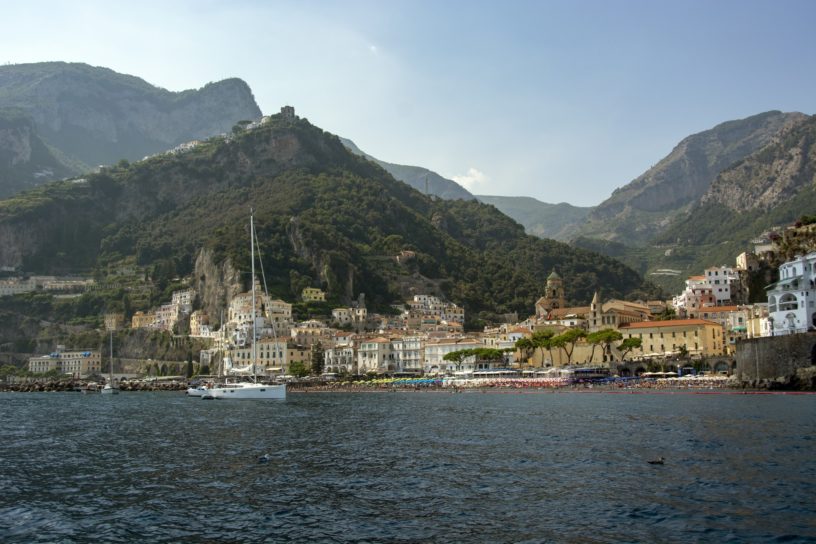 How to Get to the Amalfi Coast from Rome

The Amafi Coast sits on the southern coast of Italy. It’s not, however, the most southern part of the country by any means.

If Italy is shaped like a boot, Rome is on the shin, while the Amalfi Coast is that awkward bridge area where the leg stops and foot starts. 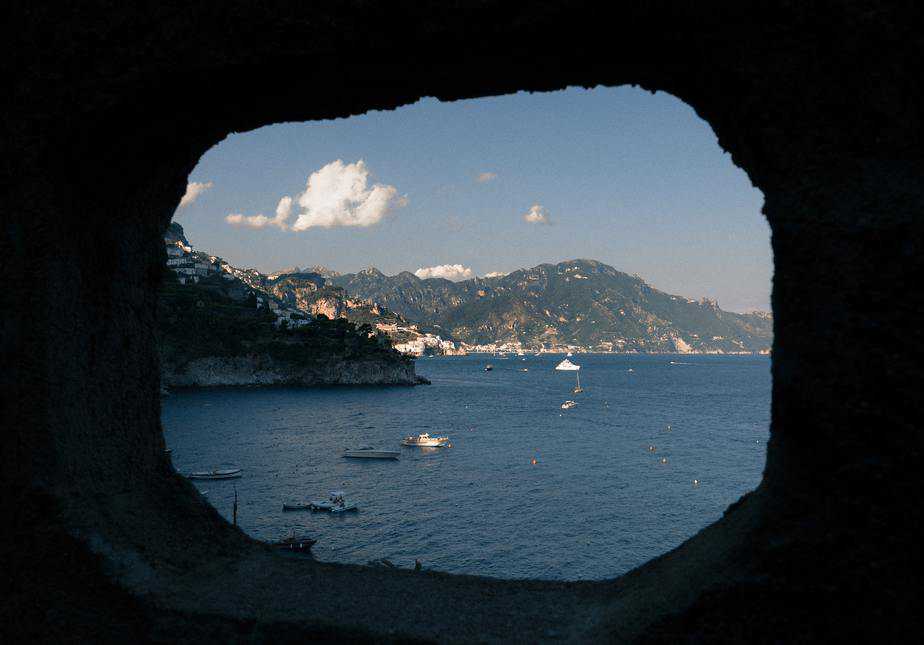 Most people who travel to the Amalfi Coast come through Rome as their first port of entry into the country. Rome’s Fiumicino Airport is the main transportation hub for Italy, so it’s usually cheaper and more efficient to reach the coast from here rather than somewhere like Milan or Bari.

Here’s what you need to know about the trip.

The Amalfi Coast sits on Italy’s Sorrentine Peninsula. It’s the southern coast of the country, and considered one of the most beautiful places on the European continent.

This casual region is made up of cliffs and turquoise waters. Lush foliage blends the land with the sea, and amongst it you’ll find charming villages and paste colored architecture.

It’s really quite something, and seeing it in person is on the bucket lists of many people around the world. 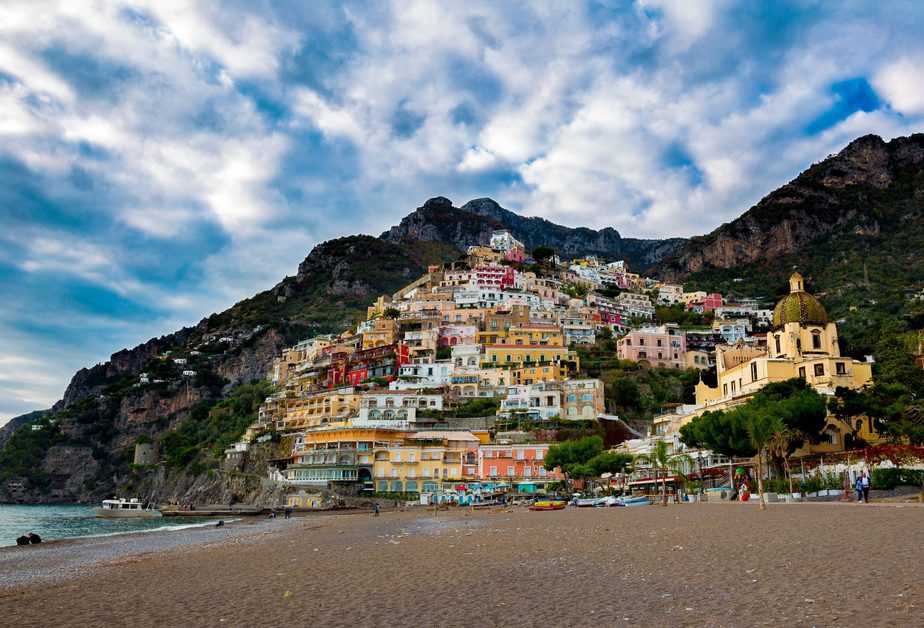 The Amalfi Coast isn’t actually far from Rome at all. It’s a mere 277km away, lying just past the picturesque city of Naples also in the south.

It’s actually not uncommon for travelers to Rome to visit Naples on a day trip, as one can get there by direct train in little over an hour. So in essence, the Amalfi Coast could actually be done as a Roman day trip too — though I definitely would not recommend this.

The Amalfi Coast is such a unique entity, and the sheer size of it would be torturous to attempt to properly digest in just one day. The region demands sufficient time shared between the water, the nature and the villages; my recommendation is at least three nights here to properly grasp the essence of this land. 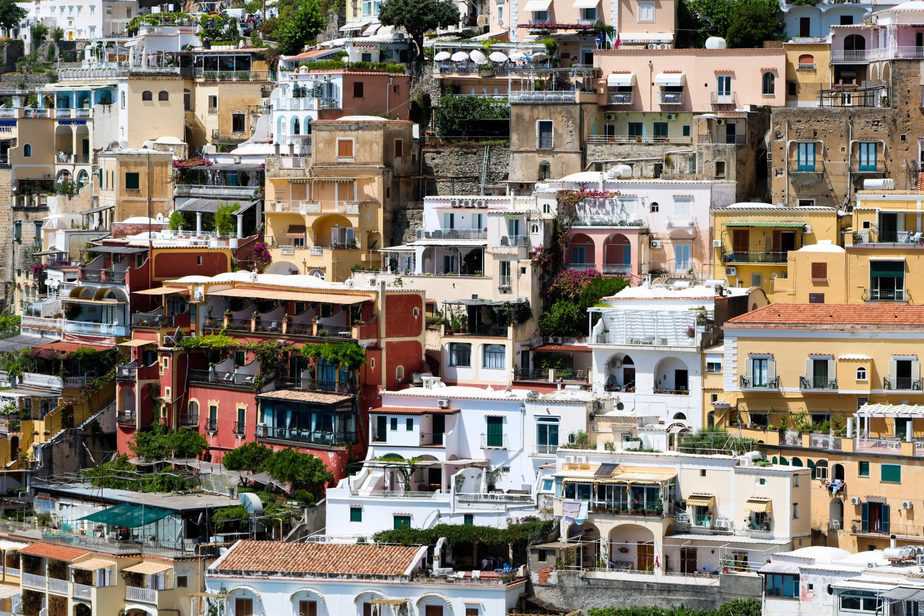 Getting From Rome to the Amalfi Coast

Lucky for you, different modes of transportation are at your disposal when traveling from Rome. Some brave souls have even cycled the distance between the two regions, but I’ll leave that for another time.

To travel the 277km by car, one could reach the Amalfi Coast from Rome in around three and a half hours. This is without stops, and considering the vast, beautiful landscapes you’re going to pass en route, four and a half hours would be a more realistic journey time.

Hiring a car in Italy is a relatively simple process. When exploring the major cities you’ll see many Fiat 500s meandering the roads, packed tightly with tourists and their baggage.

Most who do the journey between Rome and the Amalfi Coast by car will stop in Naples along the way. Rumor has it that Naples is where the best pizza in Italy is found, so if you’re passing through anyway you might as well see for yourself. 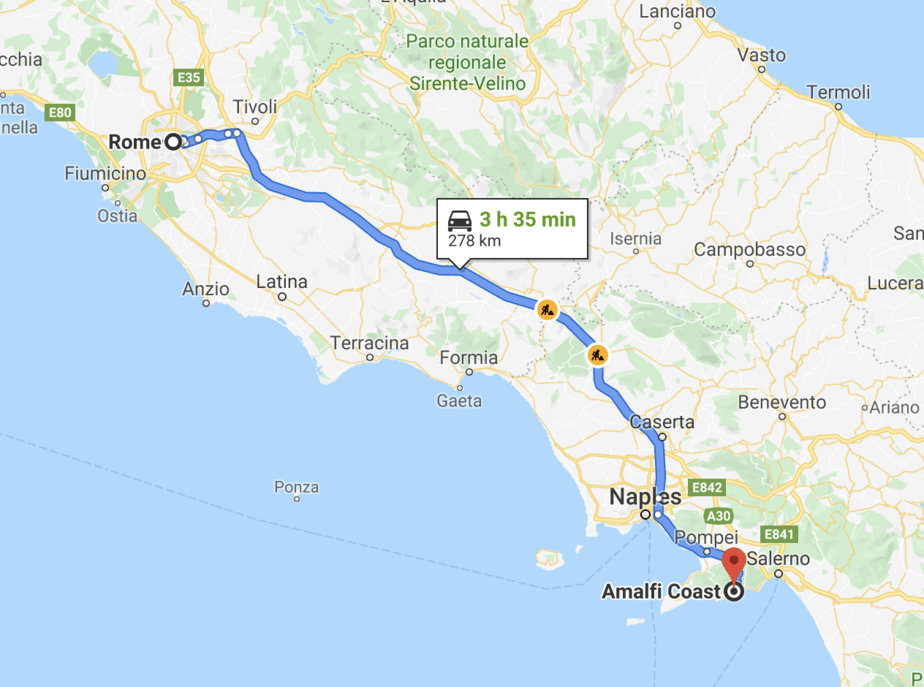 Usually in Europe, train travel is considerably faster than going by car. Unfortunately this is not the case when moving between Rome and the Amalfi Coast.

There are no direct trains between the two regions, and one has to make a change upon arrival in Naples.

From Rome, you’ll catch the local train between Termini Station and Napoli Centrale, the main train station in Naples. When you get to Naples, you’ll have to board a new local train to Vietri sul Mare, a station close to the coast.

Upon arrival at Vietri sul Mare, you will still have to board a bus that can take you directly into the Amalfi Coast. There is no train station on the coast itself, which is what makes this journey so time consuming. 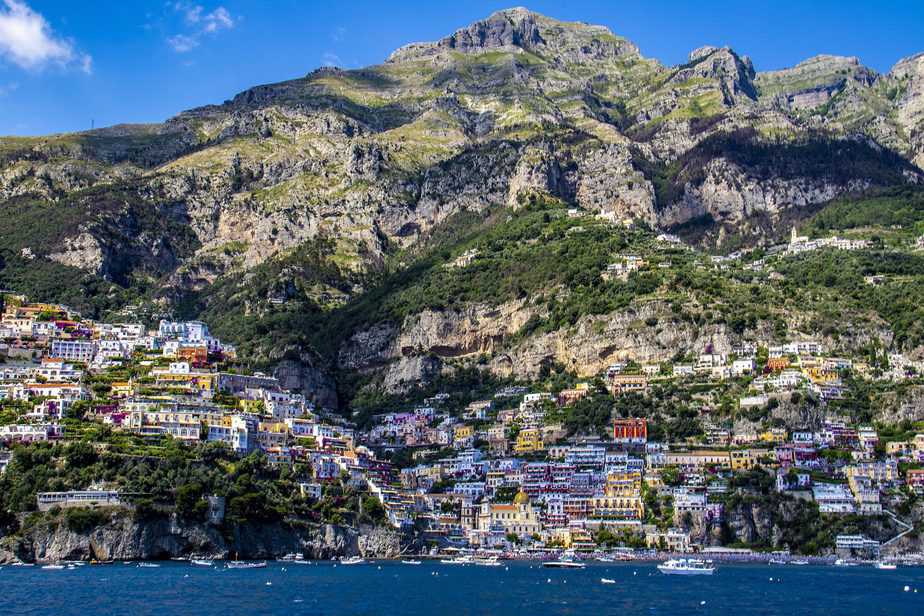 If you move into each leg of the trip without stopping anywhere in between, the journey should take around four hours in total. Most, however, will make a point of leaving the station in Naples to explore for a few hours before continuing on with their trip.

An alternate option is to use the train between Rome and Naples, and then hire a car in Naples to use to get yourself directly to the coast instead of bothering with the second train and bus.

Each year, from April 1st through until the middle of September, there are ferries that run directly between the port of Naples and the Amalfi Coast.

This means that one can make the journey to Naples by train, and then simply catch the ferry for the last leg of the trip.

If you’re traveling in the summer, you will need to purchase your tickets well in advance as almost every journey is sold out prior to departure. 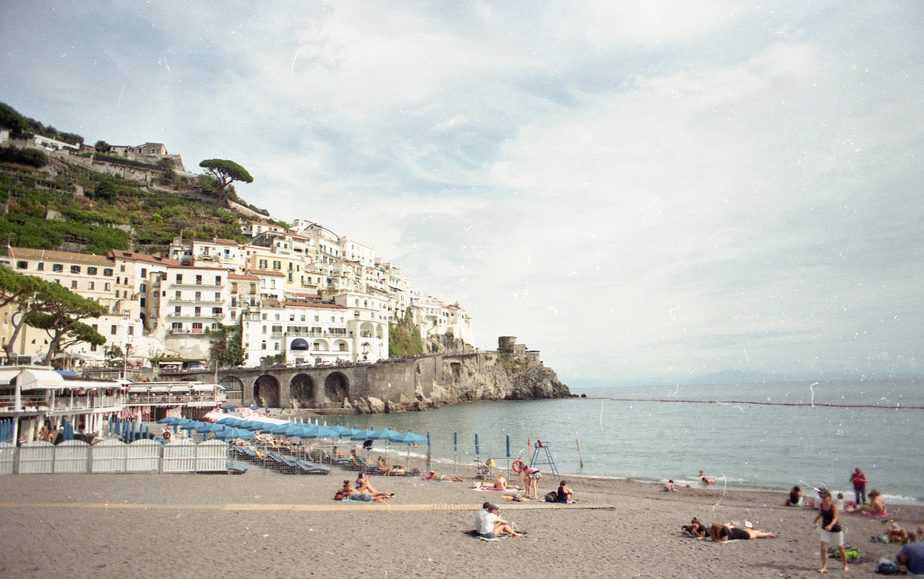 Yes, you can actually travel between Rome and the Amalfi Coast by airplane… almost.

You’re actually going to fly from Rome into Naples, where you’ll be left with that same last leg of the trip that has to be made either by train, bus, car or ferry.

It goes without saying that the best time of year to be on any coast is during the summer season.

The Amalfi Coast is beautiful year round, but it really comes to life during the summer, especially as the yachts trickle in from other parts of Europe.

During the summer, the coast of Italy becomes an incredibly expensive place to be. If this is to be your first trip to the Amalfi then bear in mind you’re going to pay a considerable amount more for basic things than you would have up in Rome. 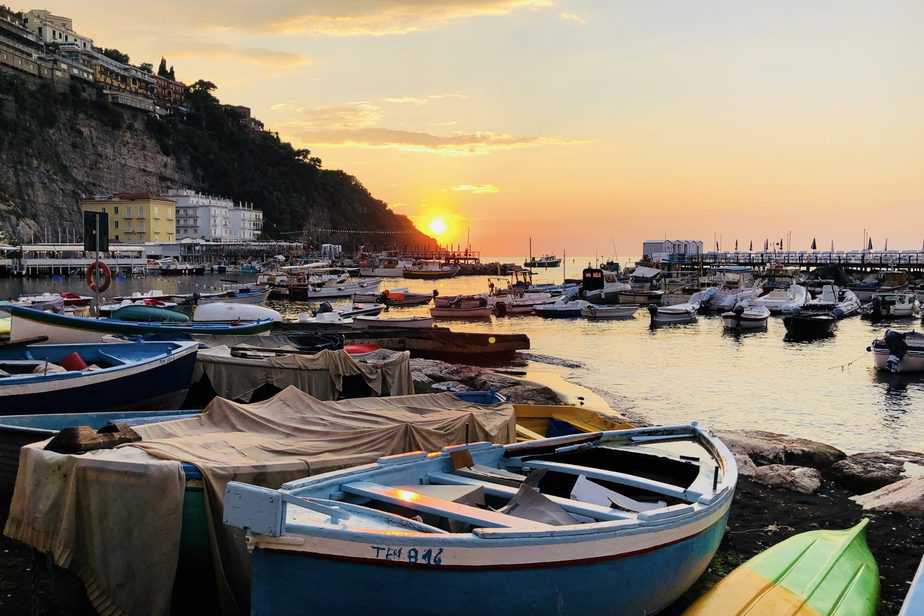 Accommodation is another thing that the coast can charge obscene amounts for, knowing that travelers have no choice if they want to spend a few nights on the water.

In short, the best time to visit the Amalfi Coast is really when you can afford it.