Where to find the Best Mexican Food in Rome 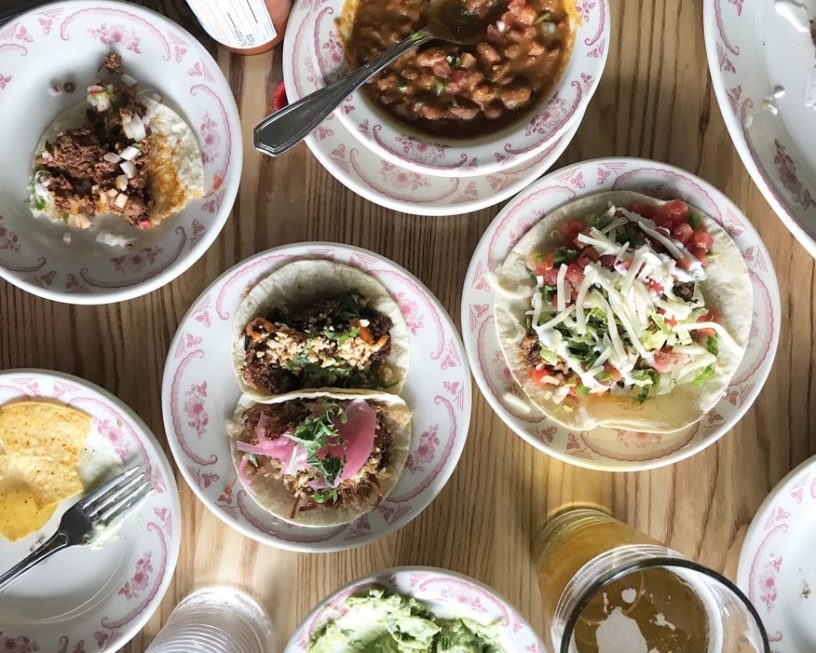 Where to find the Best Mexican Food in Rome

For a long time I avoided Mexican food in Rome. A friend of mine had an awful experience at a spot in the city center, and it never occurred to me to give it additional time of day.

Then, one evening, I met a Mexican couple who were traveling the city on honeymoon. As we conversed they expressed how impressed they were with the quality and availability of the Mexican food options around the city. This sparked my own interest, and I now eat more Mexican food in the city than I do pasta.

Want to know where?

La Punta Expendio de Agave is the Mexican dream restaurant situated below the Colosseum district and across the river, right on the left bank. This area is where Roman locals come to eat, to get away from the congested center of Rome and the relative restaurants.

My first meal here had me convinced the owners must be Mexican. I then learned that they are actually Roman locals; sibling who have spent extensive time traveling to Mexico and back, learning how to recreate the cuisine along the way.

The siblings also import Mezcal from Oaxaca. Not many of the other Mexican spots in Rome carry the drink. 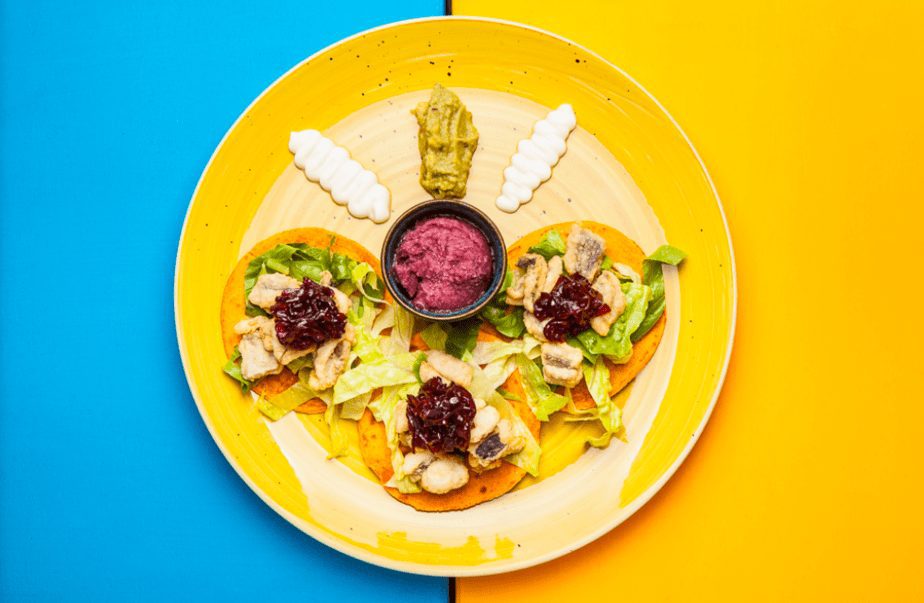 For an all round experience, start with the ceviche, enjoy tacos as your main, sip a fresh margarita and end off with a shot of Mezcal.

Individuals with Celiacs must note that la Punta does throw a bit of wheat flour into a few of their dishes that would usually be assumed gluten free. You must chat to your waiter before ordering.

If your really want to pack your day with culture then take a guided walking tour through the Vatican City and follow it with a Mexican meal at la Cucaracha on the northern Vatican boarder.

This is a family owned and run restaurant consisting of the main, traditional eatery and a smaller burrito shop next door.

If you’re into fajitas, this is your place! They have steak, veggie and chicken options. The side dishes that accompany them can be requested vegan (leave out the cheese and sour cream). 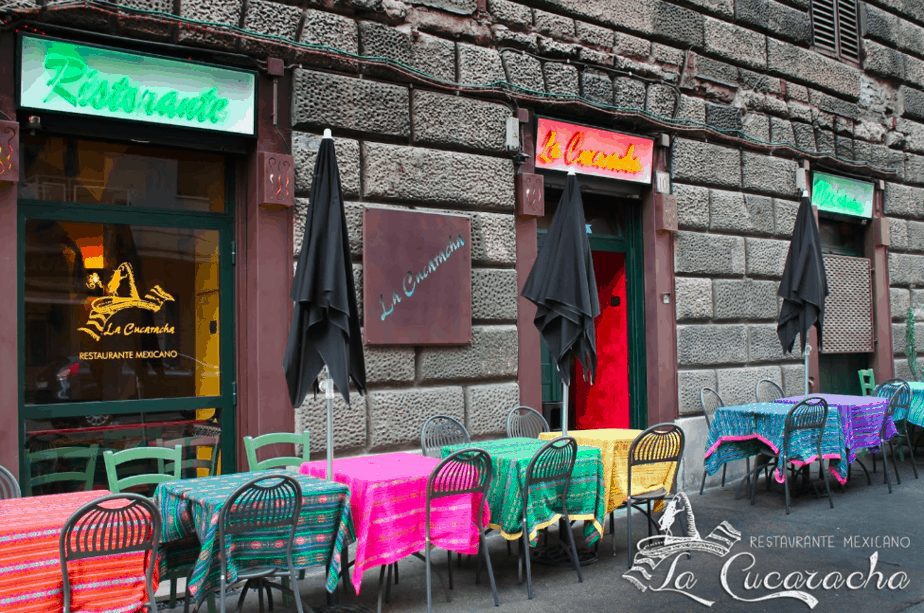 This is actually more of a Tex-Mex restaurant as opposed to authentic Mexican. This cuisine originated when the Mexican people migrated up into Texas in North America. There are a lot of similarities, yet also a lot of differences; mainly, they use a lot more cheese.

The first thing that will get your juices flowing at Puerto Mexico Ristorante is the interior.; like a Mexican cantina dream. The second will be the food; not the most affordable in the city, but undoubtably some of the tastiest.

Like la Cucaracha, the menu at Puerto Mexican is definitely Tex-Mex inspired. The reason for this is that dishes like nachos tend to sell quite easily, so including them even though they are not technically authentic Mexican is a strategic move. 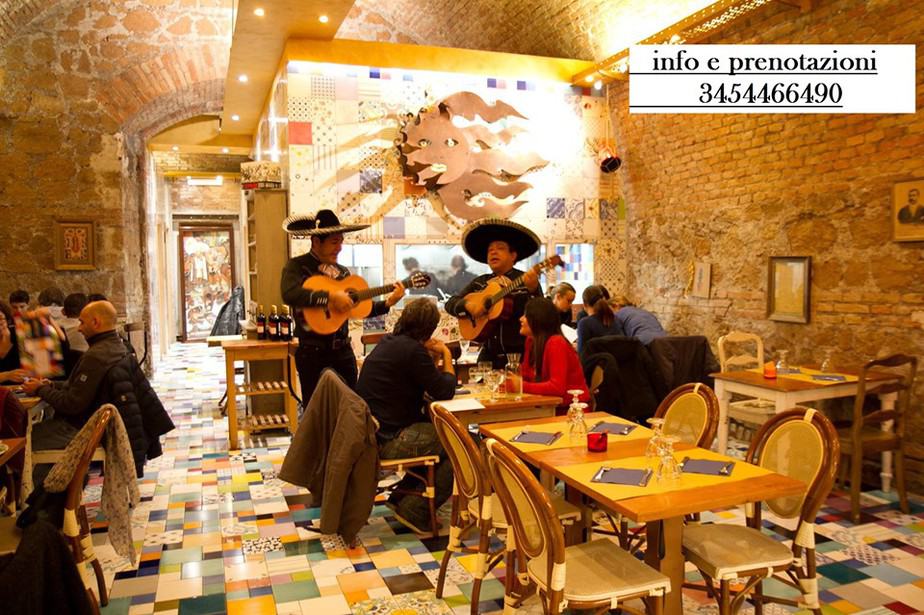 For €22 you can do the fixed menu, which will include a starter, a main course and a drink.

I’d like to take every visitor to Rome through Monteverde on a guided walking tour. It’s a neighborhood where local Romans still outnumber tourists and immigrants; real life, day to day Rome.

The name says it all. A no nonsense, no frills, taco and beer restaurant in the heart of Monti.

My favorite Mexican beers are Corona and Modelo. The latter is virtually unheard of in Rome, so to have found it at this little Mexican joint that imports it was quite a treat. 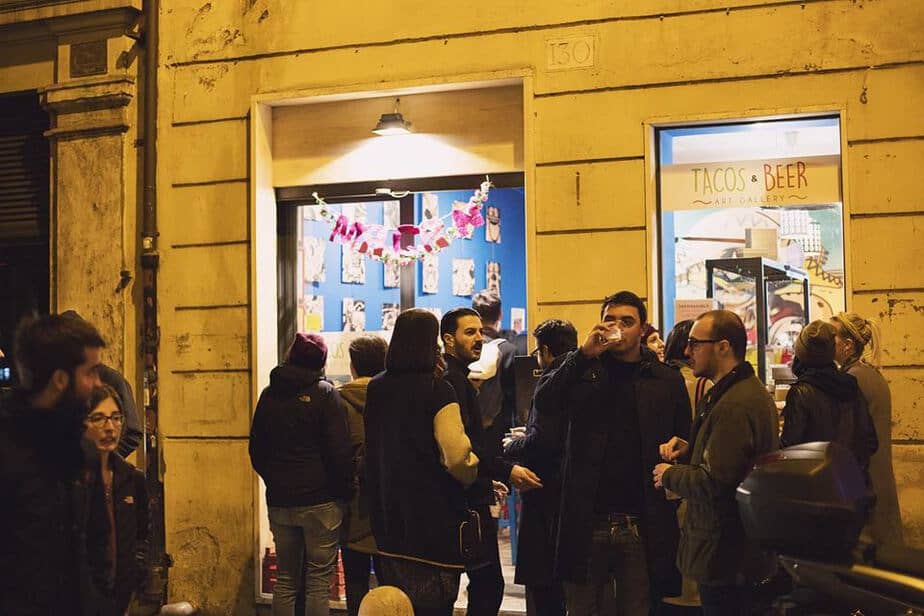 If you want to get technical, this is the furthest thing from authentic Mexican in Rome. The taco tortillas are made with flour, they serve nachos and their guac is anything but traditional. But is the food tasty and satisfying as a meal in general? It is.

If you need a quick bite and you happen to be in the area, then Tacos and Beer need no further introduction. The tacos come in potions of three; I usually need two portions for myself.

I’ve saved the very best for last. Before we get into it, you should know that Cucara Macara might be the most authentic Mexican available in Rome, but it is a journey and a half to get to.

It sits in the northeastern-most part of the city center. Because this is one of the only spots in the neighborhood that isn’t centered around pizza or pasta, the food is not cheap. 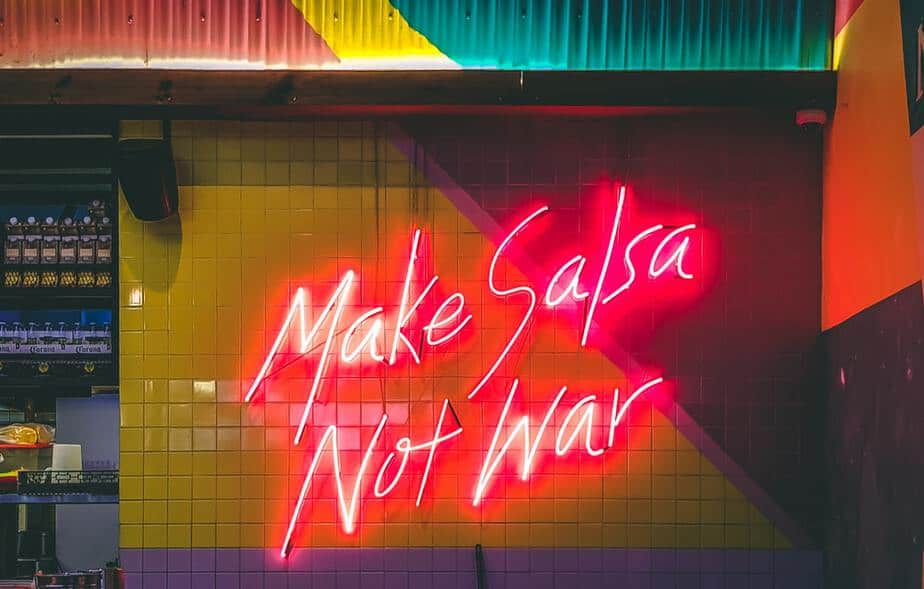 It’s worth every penny. The ambiance, the food, the owners and the crowds are always beyond festive. As I said, it’s a popular spot because of the unique cuisine, evenings here are miniature fiestas and it’s best to come early to get a table.