The food of the Greeks has made its way up into the city of Rome, and boy has it left its mark.

Greek dining is fast becoming the preferred go-to cuisine when a break from pizza and pasta is needed. This will happen after your third or forth day in Rome, and you’ll start scouting out places that offer something alternative to munch on.

Up until very recently, Rome had nowhere for Greek-style street foods, so the arrival of Grekos in Prati was a welcome addition to the city.

This gives customers a more informal, laid back space in which to eat fast Greek food. To be honest, they gyros here are so delicious I’ve not felt the need to try anything else on the menu. 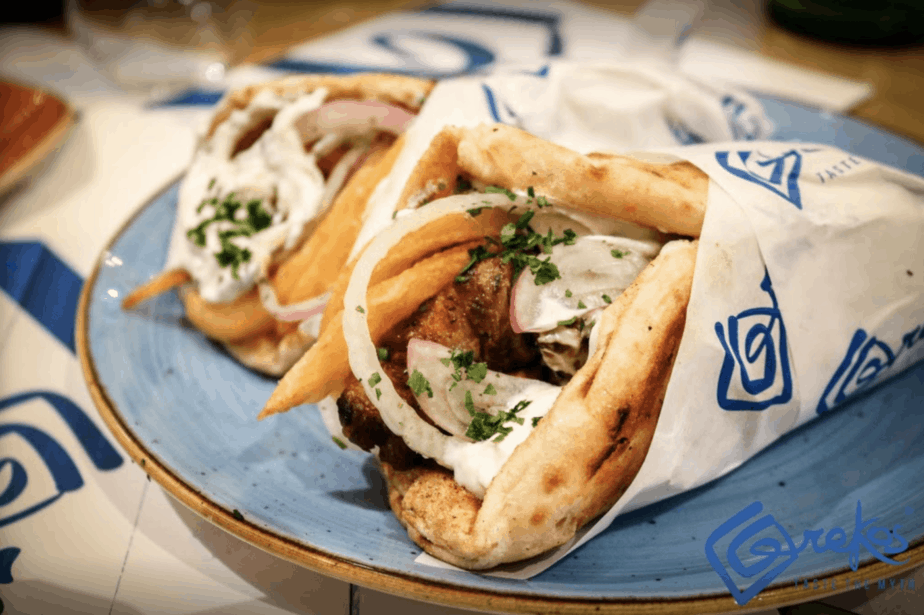 Grekos in Rome – by Grekos – Uploaded by them

Soft, chewy pita bread, perfectly balanced tzatziki, and fresh, hot souvlaki. The making of the perfect Greek gyro. Add a side of moussaka or spanakopita and you might as well be on the island itself.

Their souvlaki plates are great and surprisingly cheap. Overall, Grekos is probably the most affordable spot to eat authentic Greek in the city.

Akropolis is a delightful Greek taverna on the left bank of the Tiber River. This is the better known Greek spot within the Trastevere neighborhood; a neighborhood in which global cuisine reigns somewhat supreme to local Italian.

Akropolis is very much a family run, home-style space where the food has probably been made using the exact same recipes through multiple generations. I believe the owners are originally from Crete. 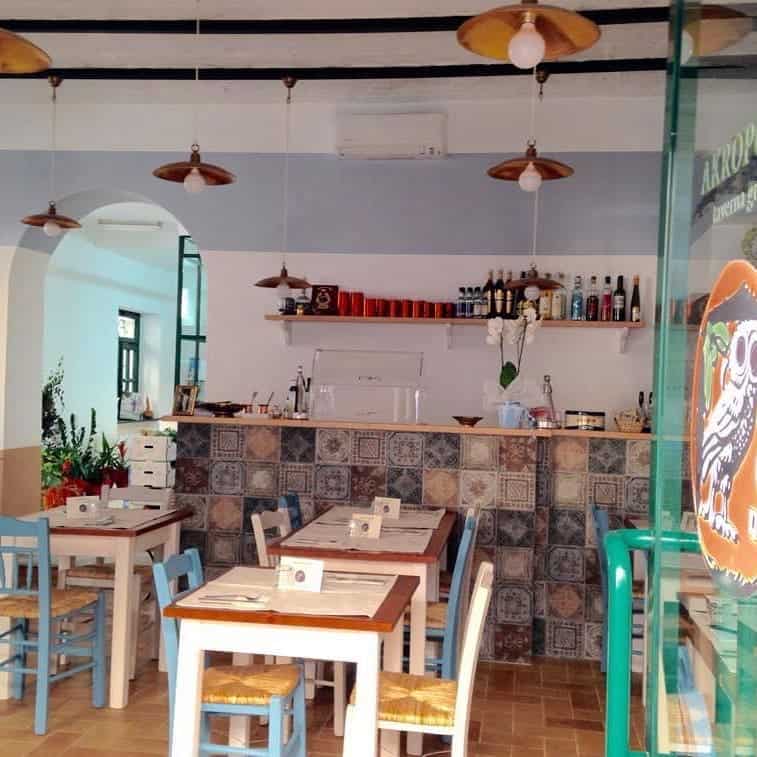 Akropolis in Rome – by Akropolis – Sourced from their Facebook

Greek travelers flock to this spot, which is always a good indication as to whether a restaurant is authentic or not.

Staying in the Trastevere, Ouzerì is in the northernmost part of this neighborhood and is the only real competition that Akropolis has when it comes to Greek dining. Fortunately there are always more than enough customers to fill out both spots — reservations are recommended.

At Ouzerì you can expect live entertainment on any given night, usually in the form of a guitarist who sings and/or a mandolin player. 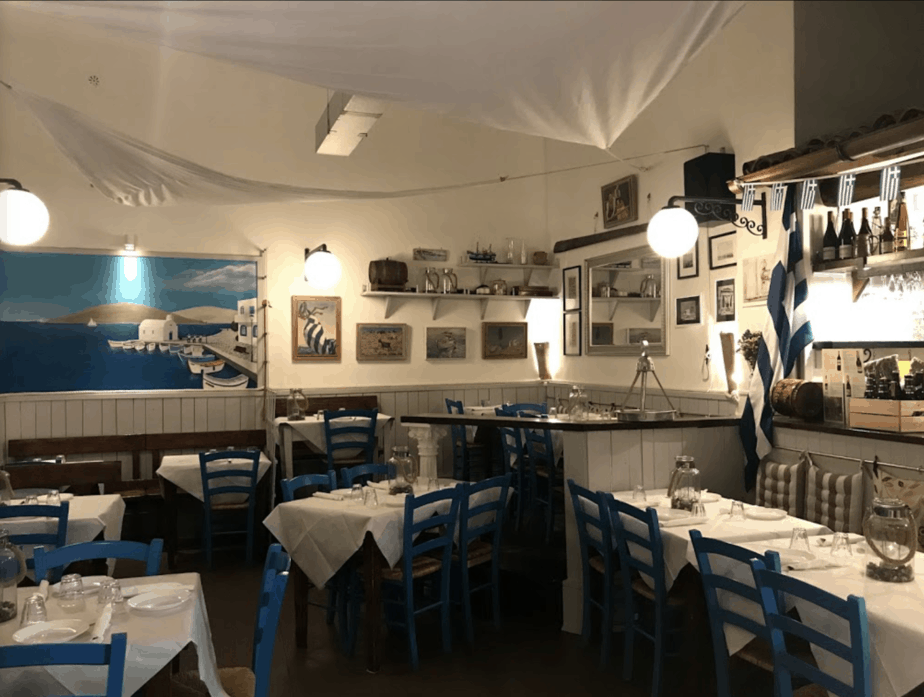 The food is traditional and good value for money. Unfortunately there is no gyro or souvlaki on offer at Ouzerì; they stick to more formally plated meals and tapas style dishes.

Opening Hours: Monday to Saturday — 8pm to 12am

My ideal dining experience always involves the replacement of cutlery with bread. So a combination of Greek and Middle Eastern cuisine is right up my alley, and Mezé Bistrot offers just that.

This spot is in the western suburbs next to the Trastevere. Because it doesn’t quite make the cut of a Trastevere hotspot, the prices at Mezé Bistrot are relatively low compared to other restaurants closer to the Tiber. 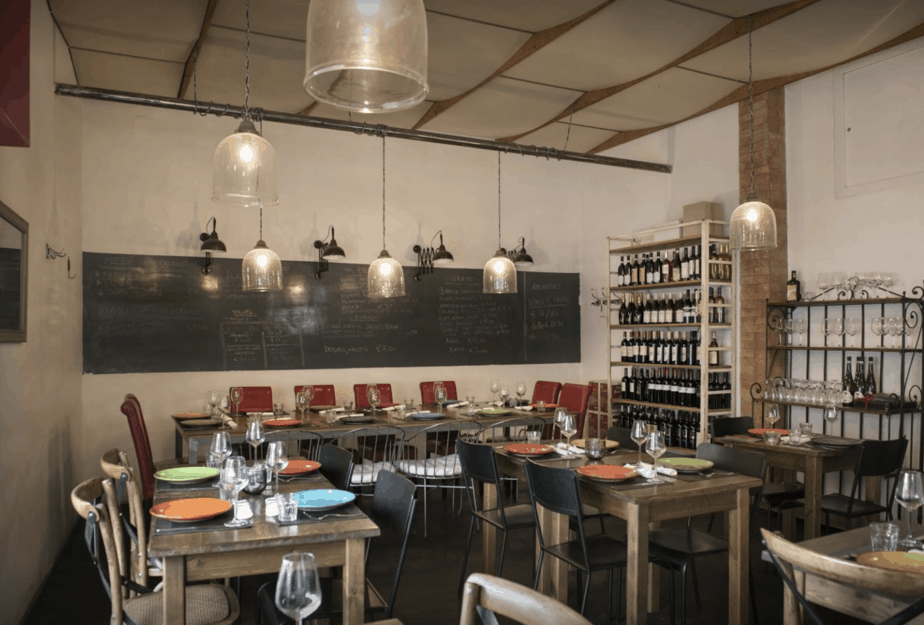 It’s a combination menu, and the dishes are best enjoyed tapas style while shared between multiple people. Greek and Middle Eastern tapas work well together, so this spot usually fills up by 7pm every night.

If you grew up eating Greek, you’ll probably find Ippokrates’ menu is closer to your mom’s cooking than other spots in the city.

There is something distinctly wholesome about this spot, and the informal setting really makes you feel at home. 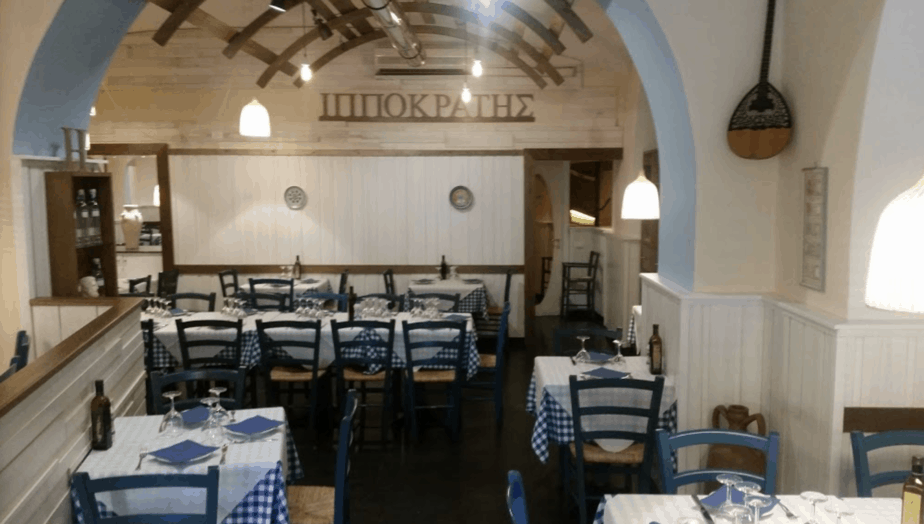 Ippokrates does a special lunch list that you should remember to ask for if you visit during their first service session of the day. I must also warn you that the mixed plate for two is massive!

I love Elleniko Cucina Greca on the right bank of the river in Rome.

This is the most informal Greek eatery in the city. All meals are served on disposable plates and with plastic cutlery (which is a real downer considering the plastic crisis but hopefully they’ll find alternatives soon).

The really great thing about Elleniko Cucina Greca is that they offer a vegan gyro, which is something I’ve not found on a menu elsewhere in Rome. It’s a plant based take on a traditional souvlaki wrap and it’s phenomenal. 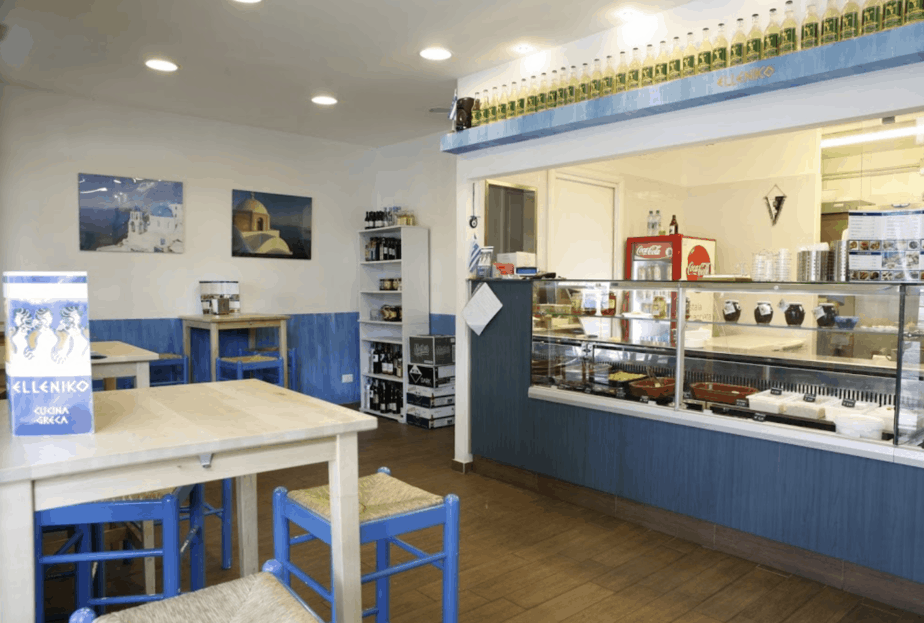 In a similar fashion, Ristorante greco Ilios is serving up fresh, authentic Greek food on their own paper plates in the south of the city.

This spot is the highest rated eatery in this area, as it is right next to the Basilica of St. Paul which is a major tourist attraction. 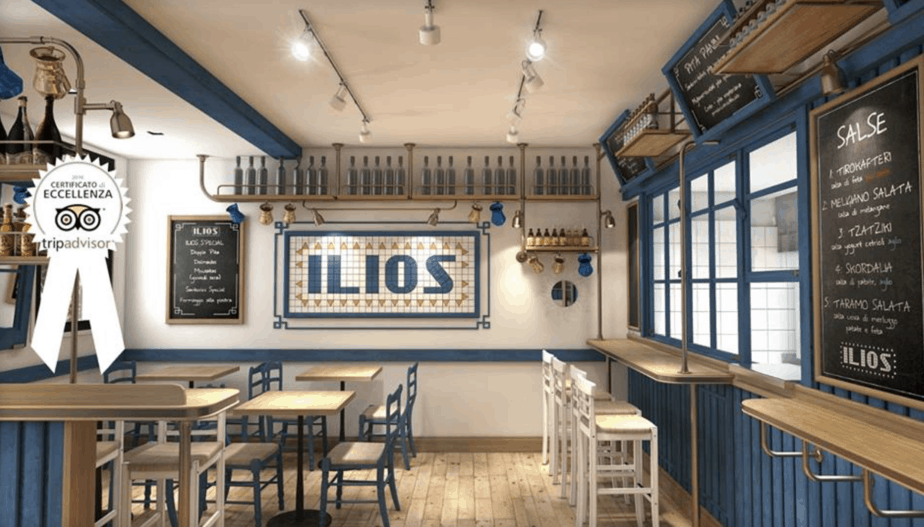 At mealtimes you’ll find queues out the door, and instead of sit down service all orders are places at the counter and you’ll have to wait for your number to be called.

I must recommend the gyros — again!