5 Areas To Stay In Rome 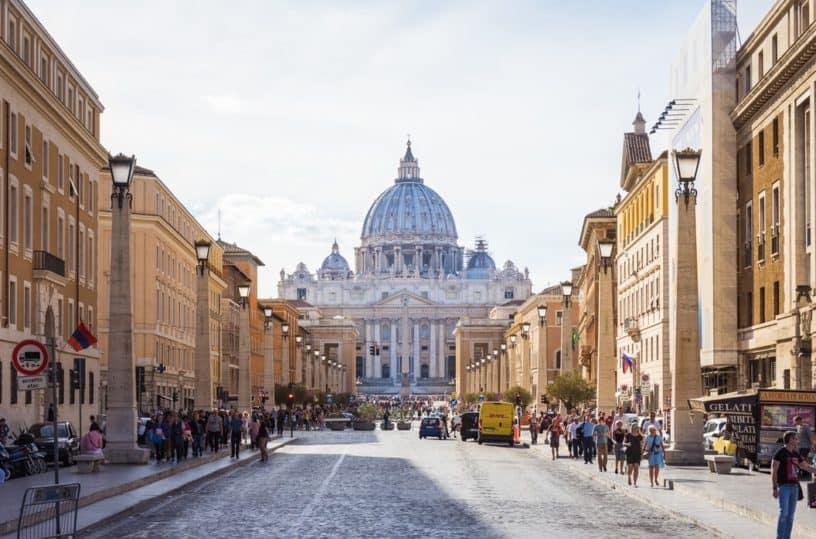 5 Areas To Stay In Rome

As with all cities built upon ancient grounds, simply moving from one suburb to the next can offer vastly different experiences in terms of architecture, aesthetics and street life.

It’s very much like this in Rome. One minute you’re in a vibrant, seemingly youth oriented cluster of gentrified streets and you turn a corner the next only to stare directly into the most ancient ruin you’ve seen in your life. 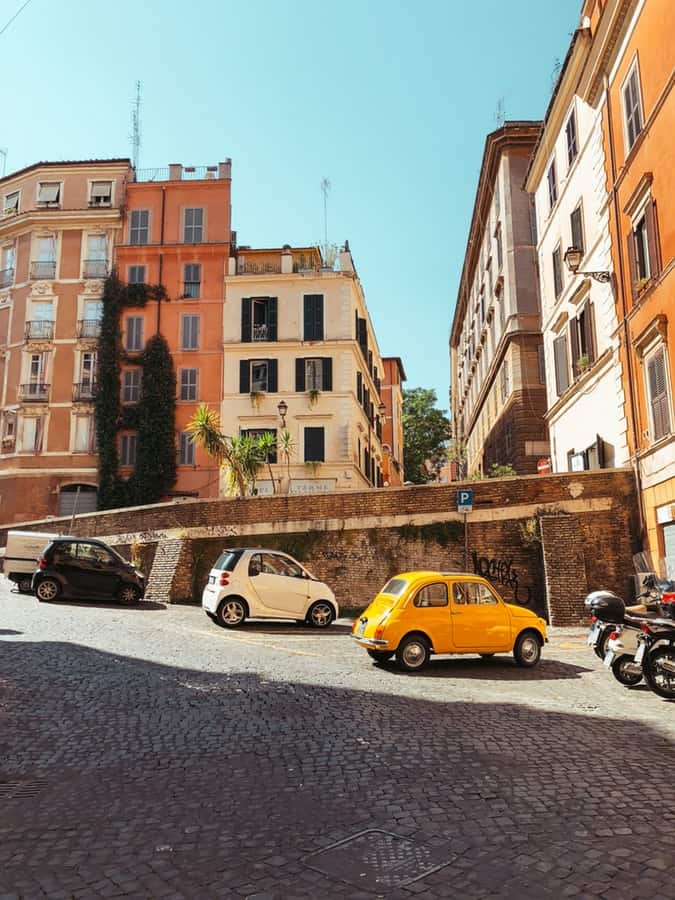 Rome’s diverse neighborhoods truly are a playground for the senses, as well as for travelers young and old. Let’s take a look at five neighborhoods that you have the option of staying in during your visit and what each has to offer.

Trastevere is the neighborhood on the left bank of the Tiber, immediately south of the Vatican City . The name itself actually translates to “across the river”.

It prides itself as Rome’s bohemian quarters; a vibrant collection of streets with innovative businesses and affordable entertainment.

Pre 1970, Trastevere was Rome’s working class suburb. Its gentrification began as a result of the affordability of the area, which allowed artists and immigrants to move into Rome. This was the beginning of the changes to the suburb that would continue well into the 21st century. 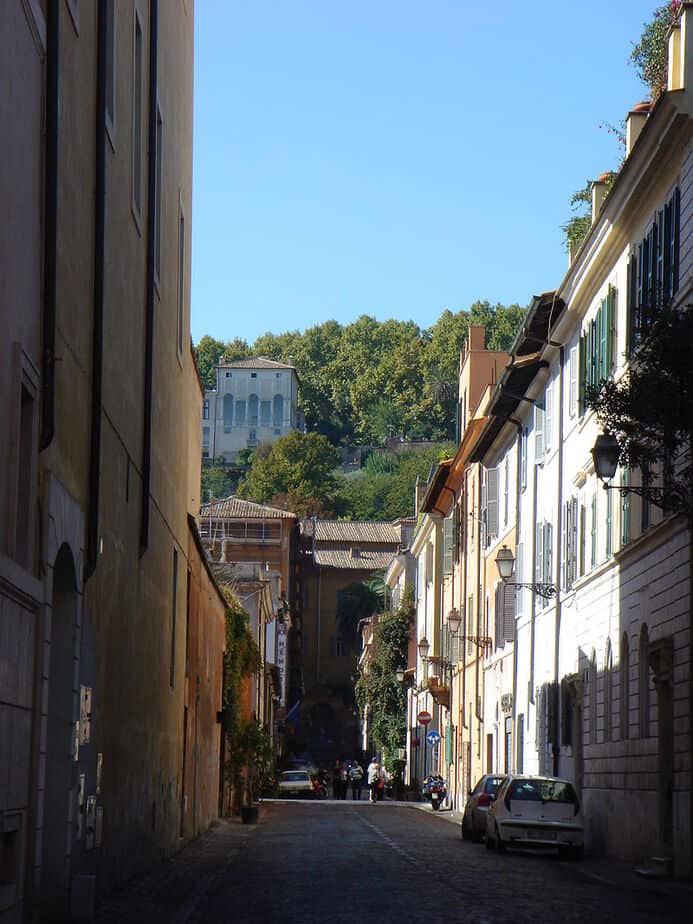 Today the neighborhood is line by cafes, microbreweries, galleries, tattoo parlors and many bars. A lot of the architecture is crumbling, but in the most pleasing of ways; and street art appears often to add additional appeal to the neighborhood.

It’s a beautiful, youthful part of Rome and fabulous to stay in during a trip. Airbnb is popular in this neighborhood, as are regular bed and breakfast hotels, usually in the 3 star category.

Monti is the neighborhood north of the city center, a short walk from the Colosseum.

This is the best place in Rome for thrift shopping. In addition to multiple vintage stores around the area, there are also weekly vintage markets that take place in Monti. 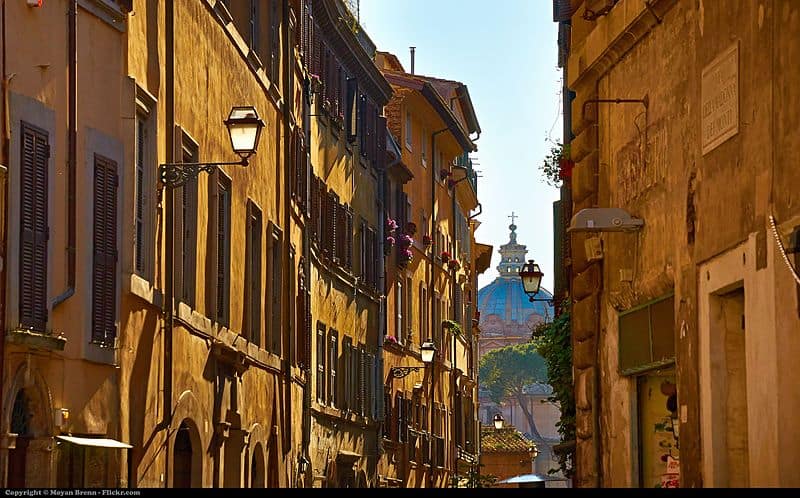 This area is not centered around nightlife, so you’ll find the youth hanging out in the main squares riding bikes or skateboards. Wine bars are popular in Monti and attract a more mature crowd who are able to appreciate the finer elements of Italian winemaking.

Monti has both cheap and expensive accommodation available. There are 3 star, 4 star and luxury 5 star hotels throughout the area. Those who value peace and quiet will enjoy this as a neighborhood to stay in while in Rome.

If you take a guided walking tour through Rome you’ll find it easy to spot the working class suburbs in comparison to the newly gentrified ones. It seems to be a trend in Rome that working class areas inevitably become hipster paradises, as artists can afford the rent and move in in their droves.

Pigneto was an area that was once very local and serious, and is now a blossoming youth hub for art and nightlife. 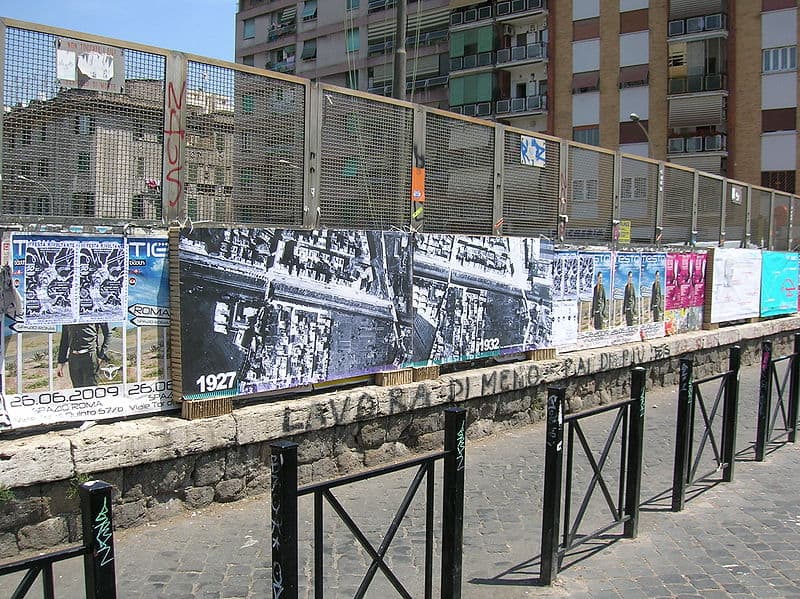 Resident of Pigneto value late breakfasts, weekend brunches, fresh flower markets, vinyl stores, freelancing and drinking until the early hours of the morning. It’s an ambient little suburb that can be walked in its entirety in under half an hour.

Pigneto is also one of Rome’s greener neighborhoods. It has tree lined streets and a few historic gardens that are now open as parks. Airbnb is the strongest accommodation option in Pigneto at the moment, though there are a few hotels on the outskirts as well.

Anyone who values peace and quiet when they travel will do well to venture to the north of the city center, to a neighborhood called Parioli.

Parioli is old town Rome and despite having a strong connection to arts and culture, the cost of living here has prevented hipster gentrification to take place. The neighborhood remains largely owned by Roman locals and centered around family life.

Here you’ll find some of Rome’s very best restaurants, hotels, parks and museums; the National Etruscan Museum of Villa Giulia and the Museo Civico di Zoologia being the most famous. 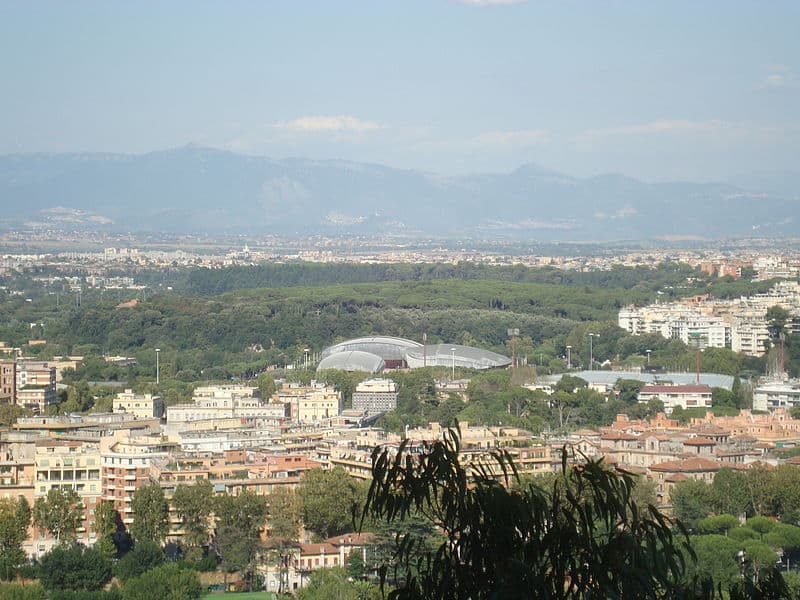 It’s a slow paced area and a great place for travelers with children to stay; Parioli is surrounded by parks and playgrounds. When you need to get into the city center you can catch any of the metros in under a few minutes.

Parioli is also within close proximity to some great swimming spots in Rome; a lifesaver in the summer.

If this is your first time in Rome, then exploring Tridente at some point or another is inevitable. The neighborhood is made up of three main roads that span north from the Piazza del Popolo. Attractions here include the famous Spanish Steps and Trevi Fountain.

If you want to feel like you’ve left home and been dropped on your head in the most Roman of all Roman neighborhoods, then Tridente is the place. This is a historic area and it is saturated with tourism pretty much all hours of the day. 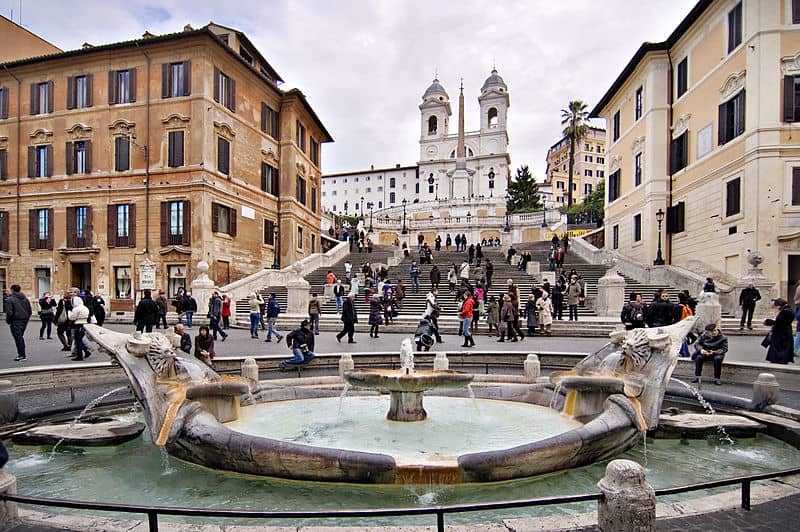 The energy is tangible; you’ll interact with people from all over the world. There will be times where you’re fighting a crowd just to cross a street, and other times where Italian street music floats through the air while you sip wine at a corner cafe.

It’s a very overwhelming but pleasing part of Rome. A great place for solo travelers or couples looking for a hard and fast Roman experience.