10 Things You Shouldn’t Do in Rome 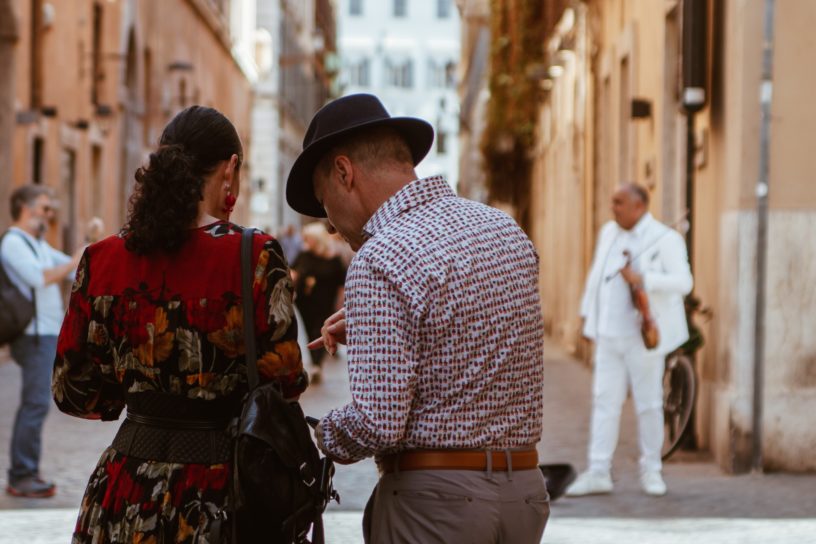 10 Things You Shouldn’t Do in Rome

Rome is an easygoing city. So easygoing, in fact, that it is considered extremely poor taste to rush anything, especially your meals.

There are a few tips that you need to keep in mind before you head over to the Italian capital. They will make your time as a tourist a lot more enjoyable, and you won’t get caught in any sticky situations due to sheer ignorance.

Read on and I’ll tell you more.

1. Don’t Bring Food to the Main Piazzas in Rome

The current mayor of Rome recently implemented a ban on anyone eating or drinking near the major public fountains and squares. This is in an effort to preserve the public facilities in the wake of both the Trevi Fountain and Spanish Steps having to undergo very expensive restorations over the last two years.

Allowing the public to eat and drink in the piazzas leaves behind masses of litter and bubblegum that sticks to the concrete relentlessly.

Eating in Rome should be done either in a restaurant or a park. 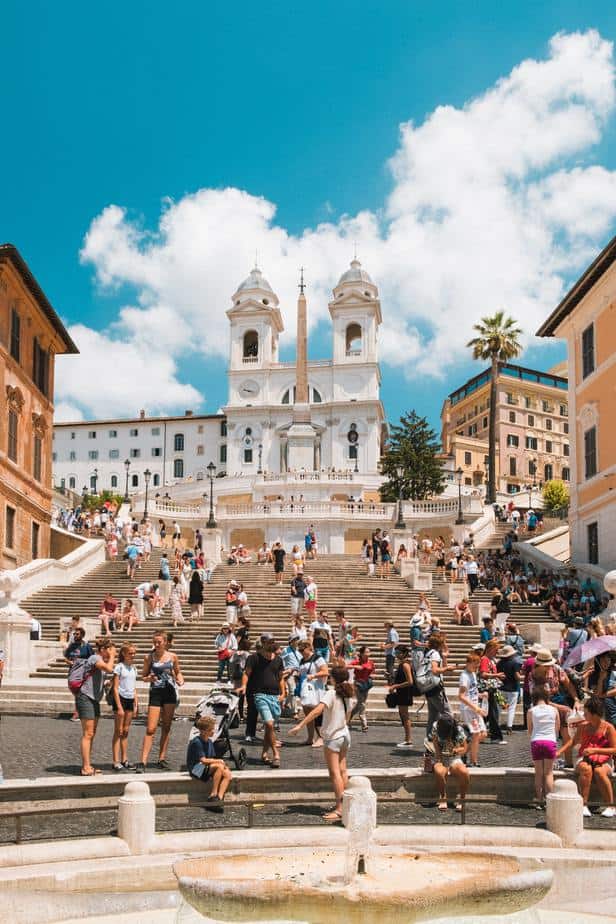 2. Don’t Wear Revealing Clothing to the Churches of Rome

Show up at the Vatican in a tank top and you’re going to encounter some problems.

All over the world, it is customary to dress a little more modestly when in religious spaces. Yes, Rome’s summers are scorching hot, and having your shoulders covered at all times isn’t necessarily reasonable.

Keep a light scarf with you if you plan on exploring any churches during your day. This can be gently draped over one’s shoulders during the tour. This goes for both men and women. Short shorts can be seen as unsuitable too, though many tourists get away with it. 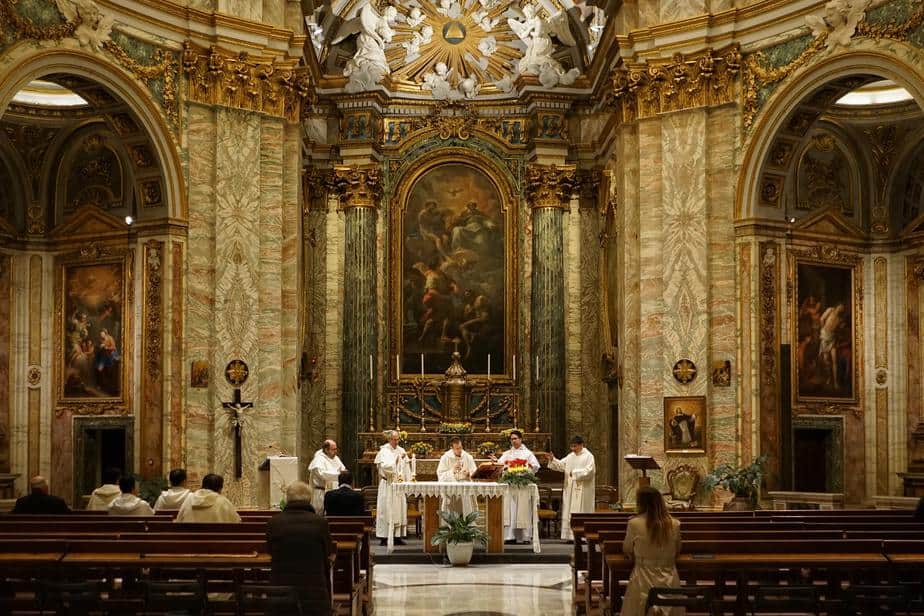 Like most countries in Europe, servers are paid a salary and do not make their money solely on tips like they do in the USA and Africa.

Tipping in Rome is not obligatory, but if you do feel the urge to leave something behind one can usually just round up to the nearest euro or so. For example: a €18 bill could leave a €20 note, or a €86 bill could be made into €90.

4. Don’t Forget About Pickpockets in Rome

This is another thing to keep in mind no matter where you are in Europe. This is a continent of petty theft; you’ve got homeless individuals who just want something to eat and they’ll pick your pockets to get it.

Be vigilant while walking the streets of Rome. Carry as little cash as possible, leave your passport and cards at home if you feel comfortable to do so, and don’t ever have your cellphone in your back pocket where you can’t see it. 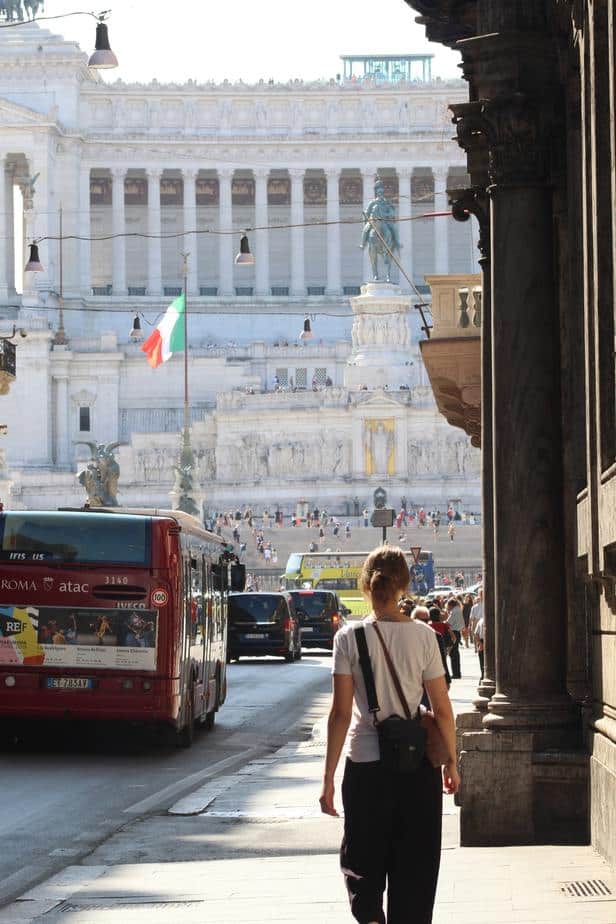 5. Don’t Throw ‘Ciao’ Around Too Much in Rome

‘Ciao’ rolls really nicely off the tongue, and you likely learned it watching every Italian film ever made.

It’s actually extremely colloquial, and is usually used with people who you are extremely familiar with. Families and friends can bounce it between one another, or you could use it to the staff at your hotel if you’ve encountered them on a daily basis.

Throwing a ‘ciao’ at the corner store cashier after paying for your 11pm box of Oreos might be seen as poor taste. Buon giorno or buona sera are much more appropriate.

6. Don’t Try Visit a Museum on a Monday in Rome

It will be closed! Italians don’t break on Sundays, instead they take rest on Mondays, and a lot of business won’t operate at all on this day.

Museums in Rome are typically open between Tuesday/Wednesday through Sunday. 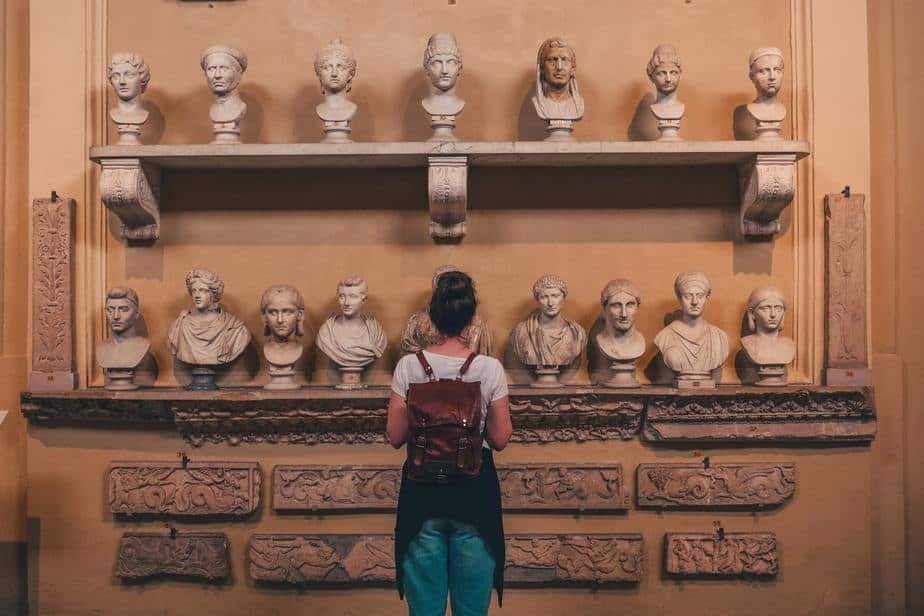 Legally, you can. But it won’t go down well and you’re likely to receive poor service for the duration of your meal if this is how you choose to kick things off.

Rome’s city water is entirely potable; it’s good for showering, brushing your teeth and for by the glass to hydrate as normal. But restaurants in Rome don’t customarily serve tap water purely out of principle. Bottled water with higher PH values are usually served with meals.

8. And Don’t Buy Multiple Bottles of Water in Rome

On that note, also try to avoid buying bottle after bottle of water while exploring the city center.

Throughout the city you’ll find public drinking fountains that provided clean drinking water to all citizens. You’ll only need to buy one bottle of water when you arrive in Rome, and you can refill it right from the streets throughout your trip.

Better yet, bring a reusable bottle from home alone with you, and save the unnecessary plastic altogether. 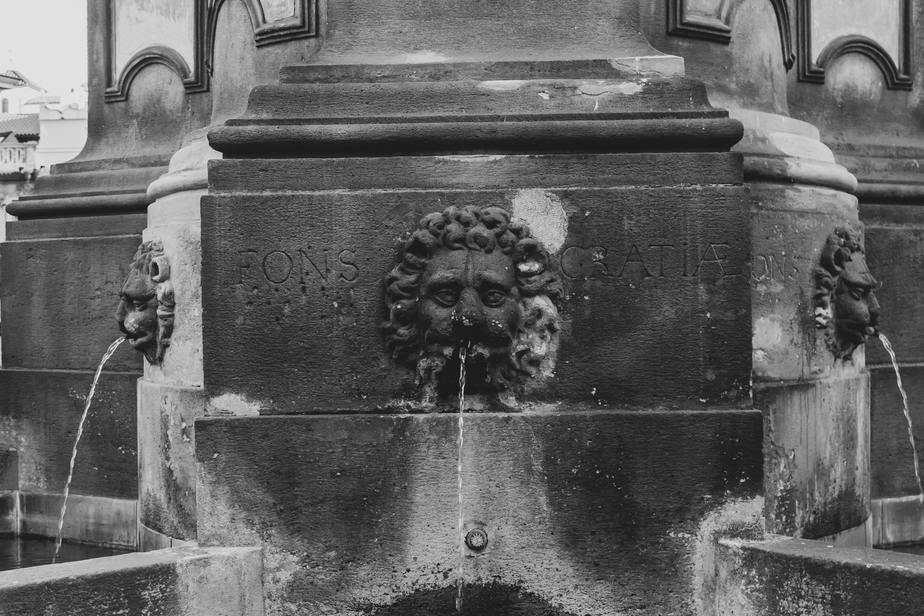 9. Don’t Take Photos in the Sistine Chapel in Rome

You’ll be told on arrival that absolutely no photographs are permitted in this ancient space. A lot of travelers will try to be sly and take pictures without the guards seeing, but they’re generally very good at spotting tricksters and it will be very embarrassing when they catch you (they make a scene).

The worst thing you could do in the chapel would be to try to take a selfie. Seems ridiculous to even mention, but it happens more often than you think. Don’t be that guy!

10. Don’t Be Scared to Travel Alone in Rome

Last, but not least, don’t be scared of traveling Rome all by yourself.

Doing Rome solo was one of the most rewarding experiences I’ve ever had, for many reasons. I talk a bit more about why it’s so great here.

Many people will try deter you from traveling Europe alone, especially if you’re a female. Few of them have actually gone and done the very thing they are telling you not to do, which is, as they say, ironico.

Don’t do any of the things listed in the ten points above, but do travel to Rome with yourself if the opportunity arises! Ciao! 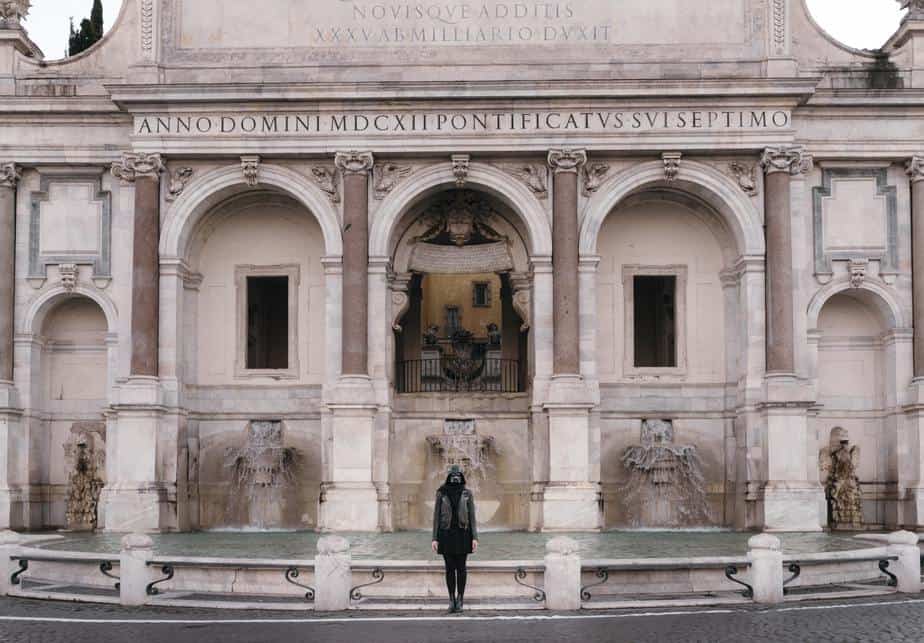