15 Fun Facts About the Roman Colosseum 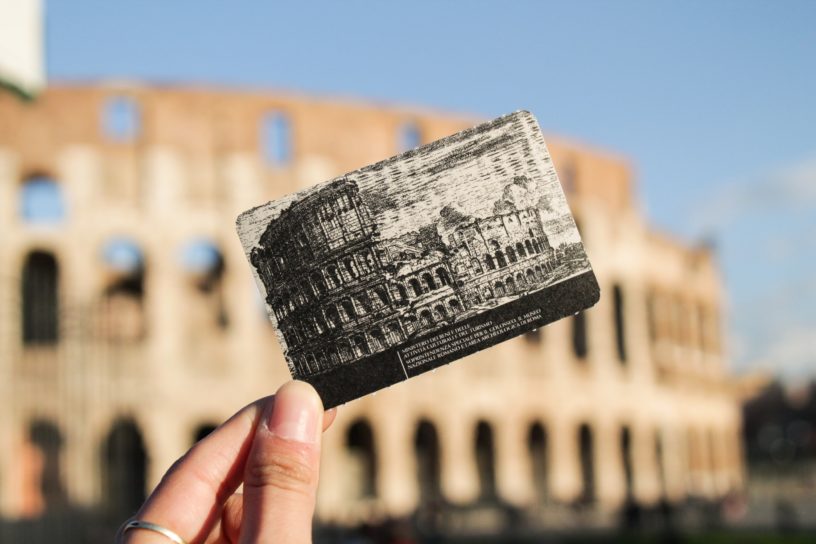 15 Fun Facts About the Roman Colosseum

Perhaps the greatest symbol of the Italian capital, and one of the most well known structures on the planet, the Colosseum is an architectural & engineering wonder.

Nothing beats the feeling of coming around the bend of the street in the city center that brings this gigantic ruin into view for the first time.

It was built between 72 and 80 AD under order of Emperor Vespasian. Titus took over from him when he passed away before the structure was completed. It’s come a long, long way. Here are fun things to know before you go!

1. The Colosseum Could Simulate Water Battles

Land based battles were definitely the main event at the Colosseum, but Rome needed space to prepare for water based battle as well.

The intricate plumbing system built underneath the Colosseum once allowed for the entire arena to be flooded to simulate the ocean. Soldiers could make use of the arena to prepare for what might happen to them while out on the real seas in battle situations.

2. There are 80 Entrances in the Colosseum

There are 80 entrances and exits into and out of the Colosseum. Back in the day the arena could accommodate 80,000 spectators at one time.

Today the Colosseum is used for tourism and the occasional live concert performance. During these events it is able to hold just 50,000 people due to structural constraints and safety regulations.

Not all of the 80 entrances are in use, some have been sealed off also for safety reasons. 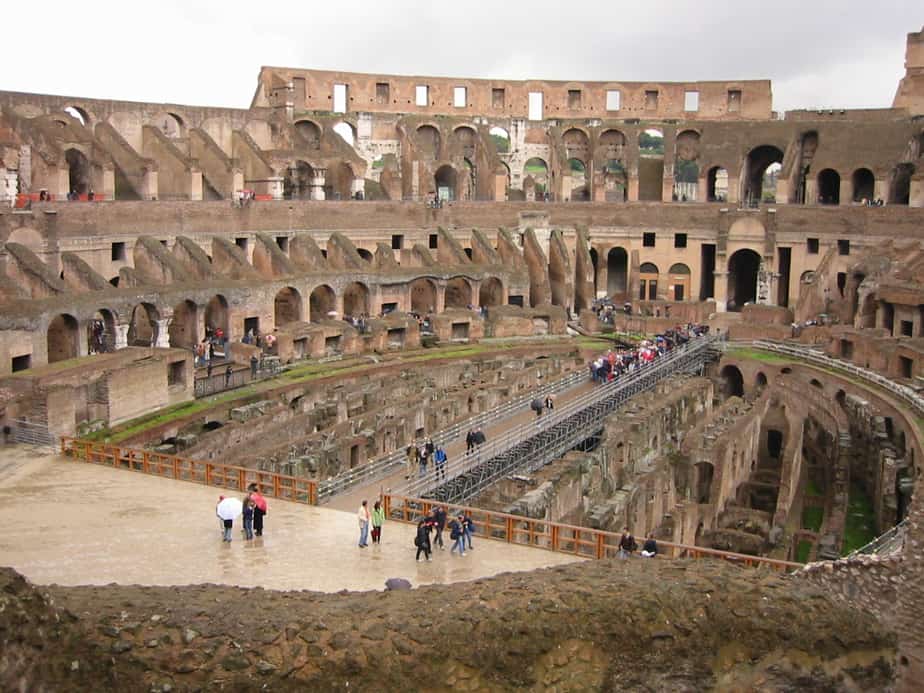 3. It is One of the Seven Wonders of the World

Even the heavy decay and damage to the facade didn’t stop the Colosseum from being dubbed one of the Seven World Wonders in 2007.

It was also recognized by UNESCO as an official World Heritage Site in the 80s. It remains the largest amphitheater on Earth and is well deserving of this title.

4. It was not a Battle Ground During Medieval Times

The Roman Empire fell shortly after gladiator battle games were abolished in Rome. The Colosseum remained empty for quite some time, with no purpose to the people.

When the Medieval era took over, the Colosseum was transformed into a housing complex for those in need. It also held a cemetery and even a castle ground for quite some time.

A lot of the structural damage is due to these times. Stone from the Colosseum was removed regularly to build other attractions elsewhere in the city; St. Peter’s Basilica being one of them. 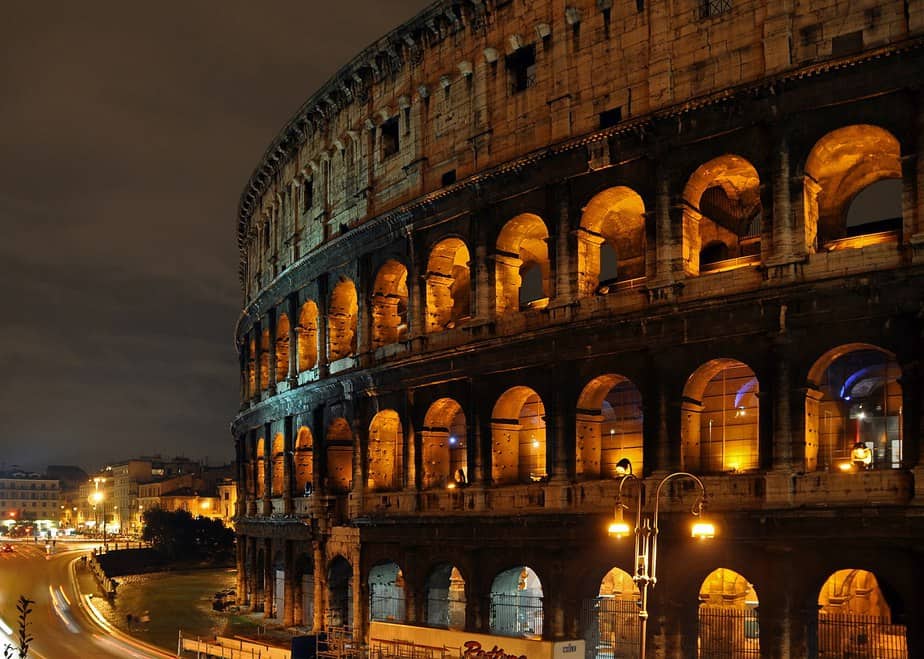 5. The Underground Part of the Colosseum Was Only Recently Opened to the Public

For most of history the public have never been permitted to explore what goes on underneath the Colosseum. It wasn’t until very recently that tourists have been permitted to walk through the underground tunnels as part of their guided tours.

The underground of the Colosseum was where they kept all the wild animals that were brought in for battle and entertainment. There are 30 trap door connecting the underground to the surface; these were used to release animals unexpectedly for an element of surprise during the battle.

6. The Loss of Life is Estimated at…

The Colosseum was a ground for thousands of human vs animal battles. Beasts from all over the world were brought in to compete including bears, elephants, rhinos, giraffes and tigers. 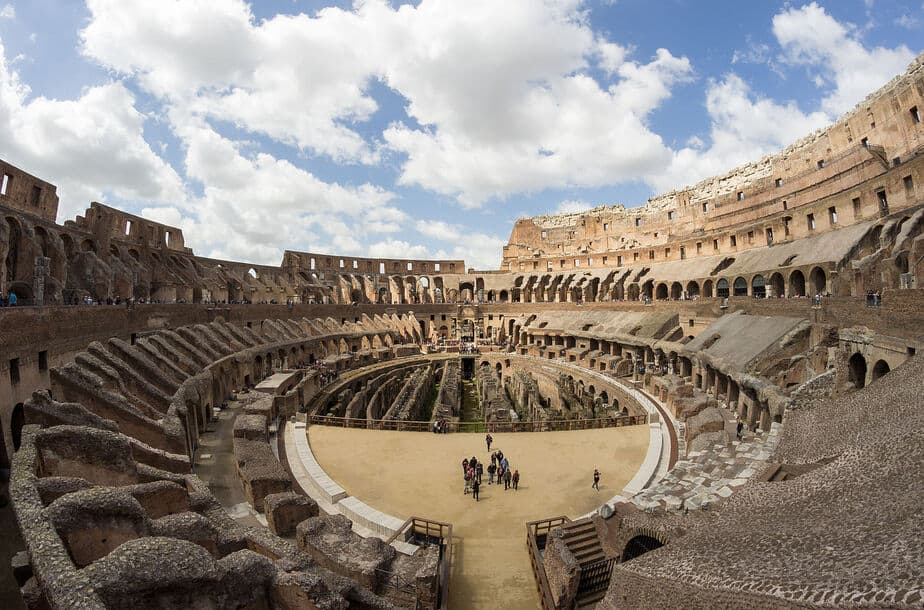 7. The Colosseum is Responsible for the Disappearance of the Hippo

Over the years, hippopotamus’ were extracted from the Nile River to be used in battle. After one particularly brutal set of games during which 9000 animals were killed, it was reported that there was officially not a single hippo left in the river.

The Colosseum is also responsible for the complete extinction of the North African elephant off of the face of the Earth.

8. It was not Always Called the Colosseum

Its original name was the Flavian Amphitheater. It was only in the year 1000 that Romans began referring to it as the Colosseum, due to its “colossal” size.

Of course, in Italian, it would be il Colosseo. 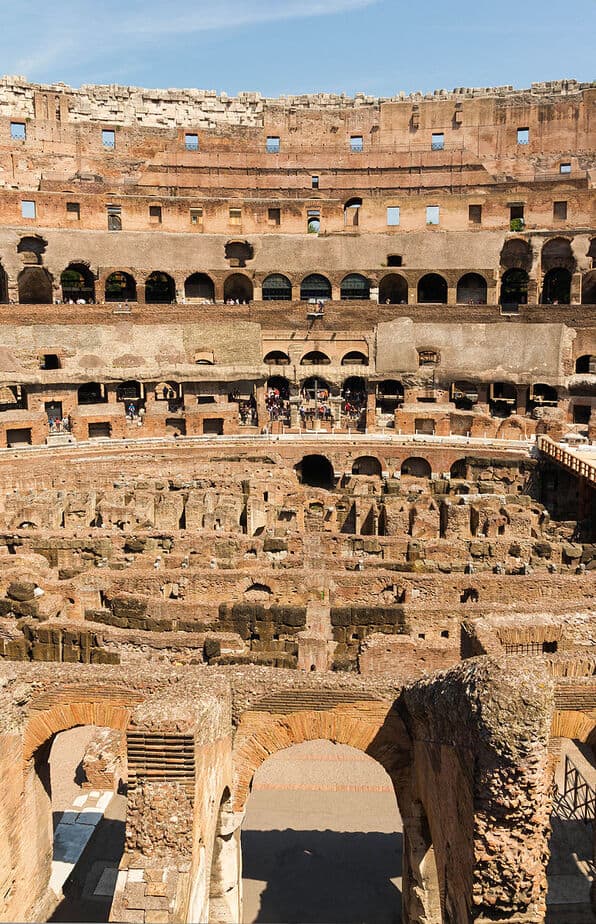 9. Seating Used to Be Arranged According to Class and Citizenship

Back in the day the seating in the Colosseum was arranged by class, citizenship and sometimes even gender. Bear in mind at this time it could seat upward of 80,000 people at a time.

The Emperor and his entourage had their own entrance and seating area. The rest of the civilians were seated on hundreds of rows of steps, and divided by class.

Women and non-citizens were separated, and slaves were made to stand on erected terraces that are no long around today. A numbers system above each entrance was used to guide people to their appropriate places. 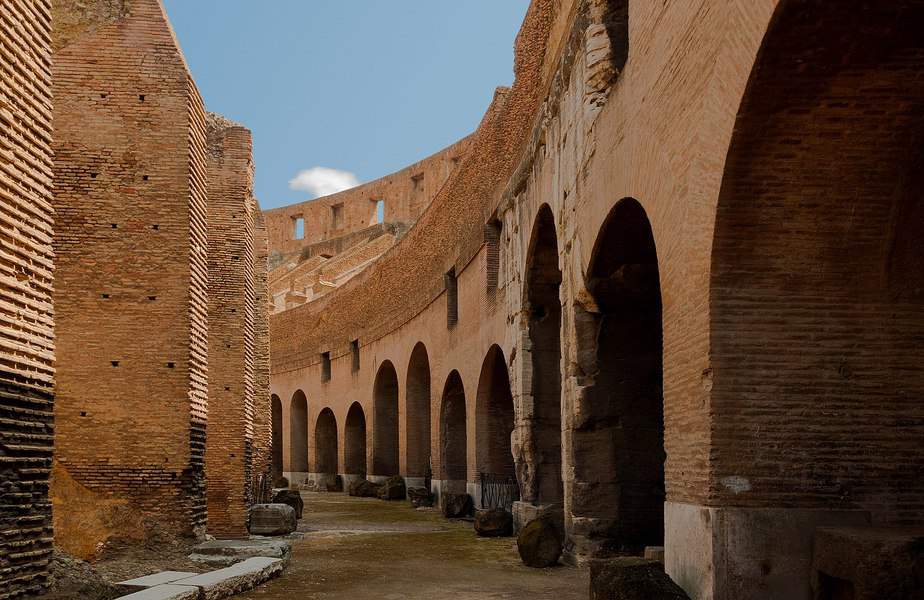 10. Gladiators Who Fought in the Colosseum Were Essentially Slaves

Despite today being figures of great admiration to the people of Rome, this was not always the case.

Gladiators were actually the most marginalized class of people in all of Italy. They had no rights/citizenship and were usually slaves or treated as such.

The gladiator lifestyle was rarely a choice, and most often simply a necessity for survival.

Today, the Colosseum continues to attract millions of visitors from around the world each year. There is so much history to this space, and probably so much more we will never even uncover. 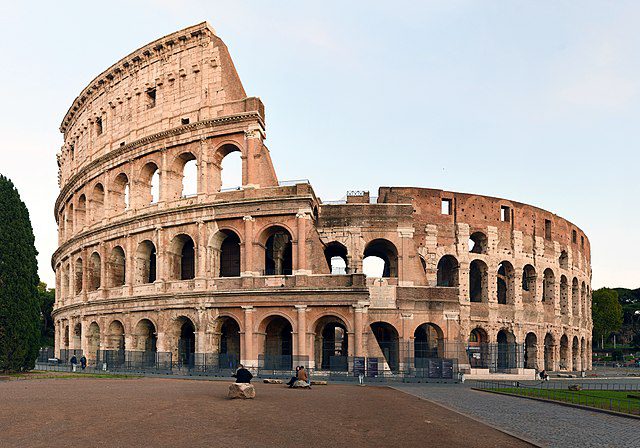 This marvel of ancient Roman engineering is over 1,900 years old. Construction began in 72 A.D. and finished in 80 A.D. That means it only took eight years to build. This Colosseum is inextricably tied to Rome’s cityscape.

12. The Colosseum is famous for being the world’s largest amphitheater

The site is twice as long as a football field making the ancient amphitheater the largest in the world. At its tallest point, the Colosseum stands 157 feet high. There are four levels to the Colosseum and in ancient Rome, over 50,000 spectators could enter through the 80 entrances.

An earthquake rocked the site in 1349 and split the facade. Unlike other amphitheaters of the time, the Colosseum was built on soft sediment, so the ground shook more during the earthquake.

13. The Colosseum was built on a former lake 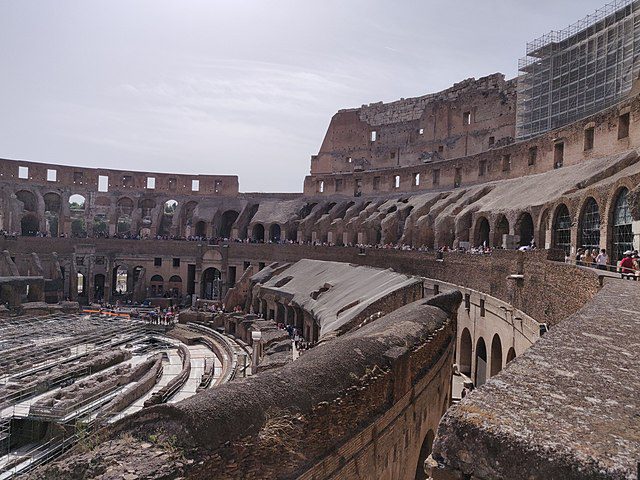 Nero’s pleasure palace, the Golden House, was constructed after the Great Fire of 64, and it included an artificial lake. After Nero’s suicide in 68 CE and a short period of civil wars, Vespasian became Emperor in 69 CE and dedicated a new pleasure palace for the people of Rome.

Nero’s Golden House had its ornaments from ivory, marble, and jewels stripped, was buried in dirt, and the Baths of Trajan were built atop the site. The lake was filled in and became the site of the Colosseum.

14. The Colosseum was a graveyard for thousands of animals

Along with hand-to-hand combat, the Romans staged hunts and wild animal fights that left scores of elephants, tigers, lions, bears, hippos, and other exotic creatures wounded and dead.

15. The Colosseum is the most-visited monument in Rome 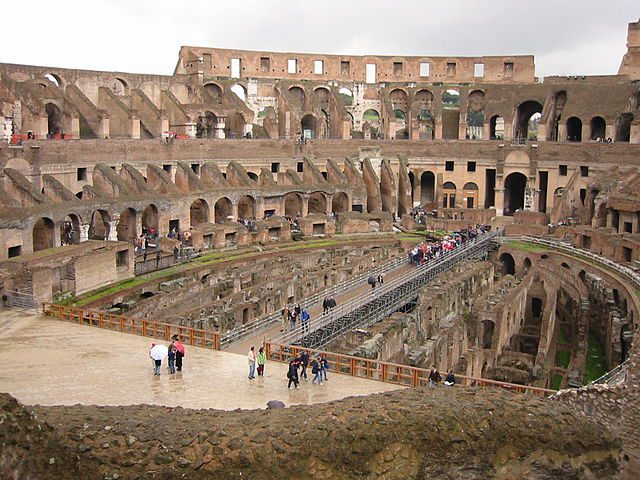 Next to Vatican City and its holy sites, the Colosseum is the second-most visited spot in Italy and the most-visited monument in Rome, drawing up to six million tourists a year. Two-day tickets to the Colosseum and the surrounding Palatine Hill cost 12 euros