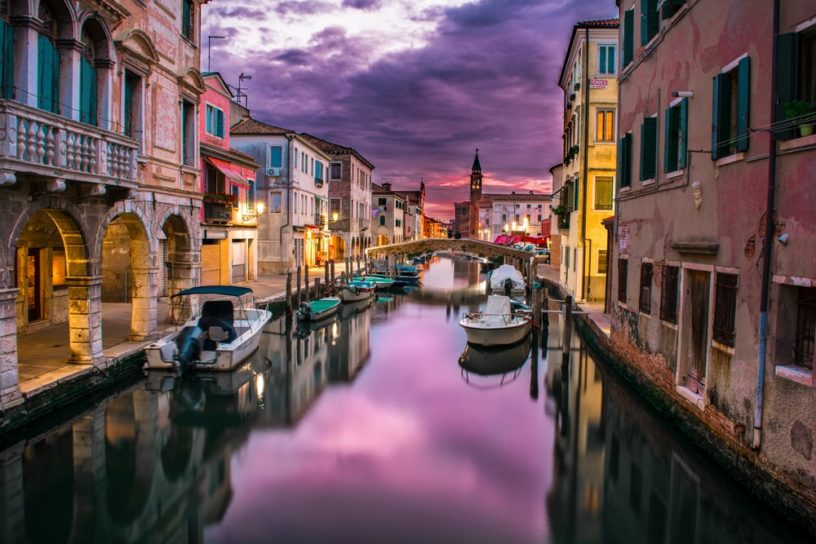 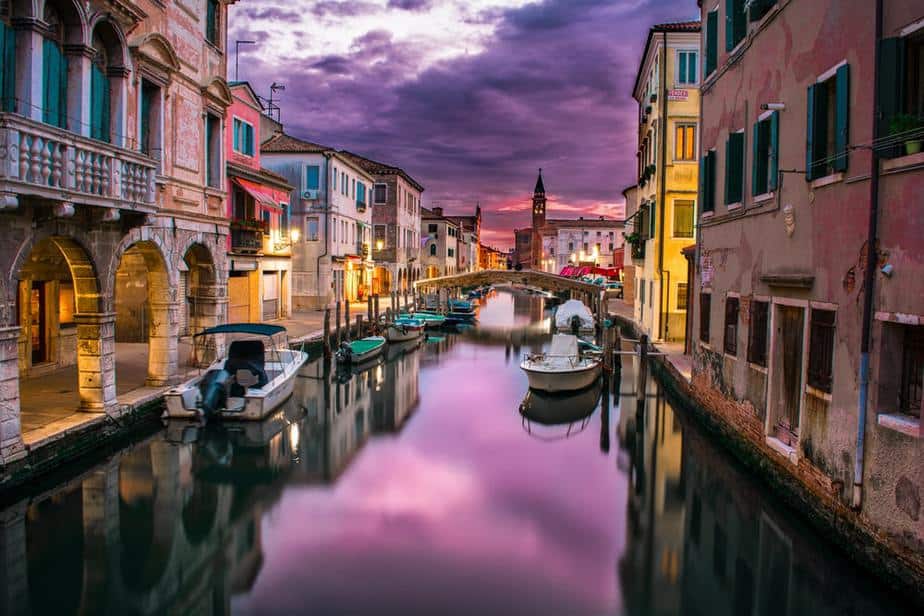 Italy is not only a popular tourist destination; and not only a  favorite study destination in Europe but the world as a whole. The level of education is very high, therefore attracting many students from around the globe, to study undergraduate and postgraduate studies in all fields.

Most universities are funded by the state, and there are universities in every major town. And there are four main types of qualifications for the universities in the country. The Laurea is a three-year program equivalent to a bachelor’s degree, then the Laurea Magistrale, a two-year program which is equivalent to master’s degree, some fields also have the aurea Magistrale a Ciclo Unico, which is a five or six-year course; more like an integrated master’s degree. Then there is the dottorato di Ricerca offered in superior graduate school, which is a doctoral program.

Here are ten universities in Italy, in no particular ranking. 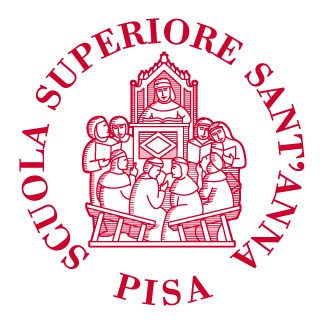 The Scuola Superiore Sant’Anna de Pisa as the university is known in Italian is one of the most prestigious universities in Italy. The university was established in 1987, and is located in the lovely town of Pisa, which is rich in history and also is near to Tuscany, another beautiful region with vineyards, nature, amazing architecture, and of course, the spectacular city of Florence. The acceptance rate is very low, and students admitted are very few because of it. There are also various entrance exams that students are relatively few, there usually are less than 1, 000 students at the school at any one time. The university offers scholarships to bright students, who should know two foreign languages as well! ranked highly in the Times Higher Education Young University Rankings, celebrating young, successful universities.

The school offers courses in economics, business science, agricultural science, medical sciences, political sciences, industrials and information engineering, and legal sciences. The student accreditation for the undergraduate study is done in collaboration with the University of Pisa, where the students have to go through the rigorous exams to get it. For the masters and doctorate programs, the University does its accreditation where they award the students! 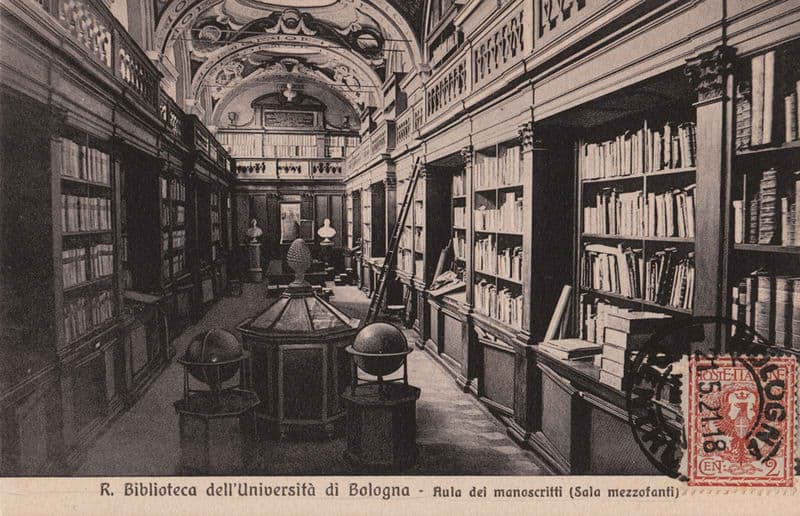 The University of Bologna is believed to be the oldest university in the world. It was established in 1088, which makes it the world’s first university to be established. The university has notable alumni like Guglielmo Marconi, the famous engineer, Archbishop of Canterbury Thomas Beckett, Popes, and even Nobel Award Winners. Located in the beautiful city of Bologna, the University allows students to take part in many other activities. More than 26 courses are offered in English at the university that has more than 200-degree programs in its 11 schools; the school has over 81, 000 students!

Some of the most prominent courses in the university include Arts and Humanities, engineering and technology, life sciences and medicine, natural sciences, social sciences and management, mathematics, physics, and chemistry. 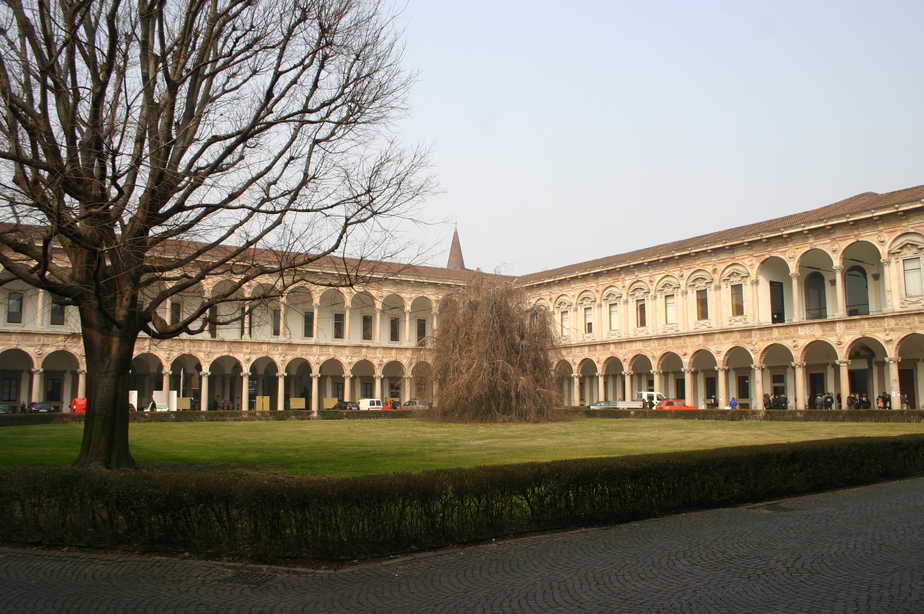 The University of Milan is one of the biggest universities in the region and has a student population of about 60, 000 students. It was founded in 1924 as a public teaching and research university. Established right in the heart of the city of Milan, the university has buildings such as the Palazzo Greppi built in the 18th Century and 15th century Ca’ Granda. The university has a total of 47 libraries which make it easy for its many students to have access to materials across all the various disciplines taught at the university. The University of Milan has 138 courses in its eight faculties, two schools and also has 31 doctoral schools.

The university is credited as being one of the founder members of the League of European Research Universities, and the only Italian member! 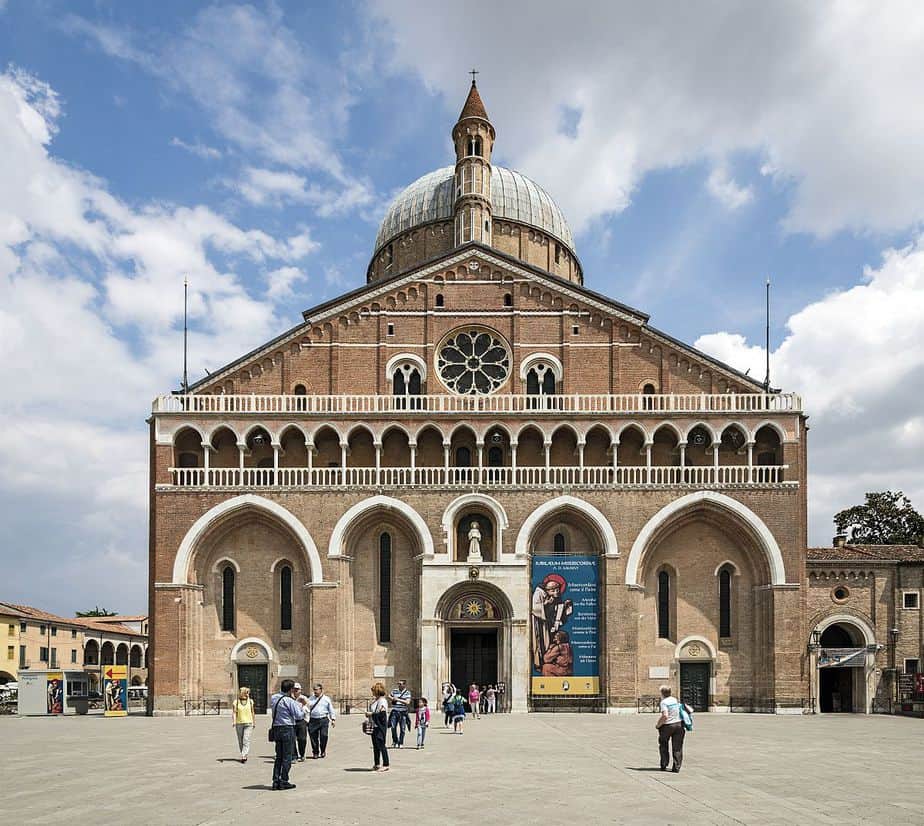 The University of Padua is the second oldest university around, established as a school of law by a group of students and teachers from Bologna. It is best known for its agricultural sciences, veterinary medicine, law, engineering, psychology, science, human and social sciences, economics and political sciences, as well as cultural heritage.

The university is home to about 60, 000 students admitted in its undergraduate and postgraduate programs who have access to 32 departments, eight schools, 43 research centers, 49 specialization centers, about 14 halls of residence, a museum, a university hospital, and a library. It also has affiliations with other institutions around the world like Oxford University, Heidelberg, Leuven, Leiden, and Cambridge among others. 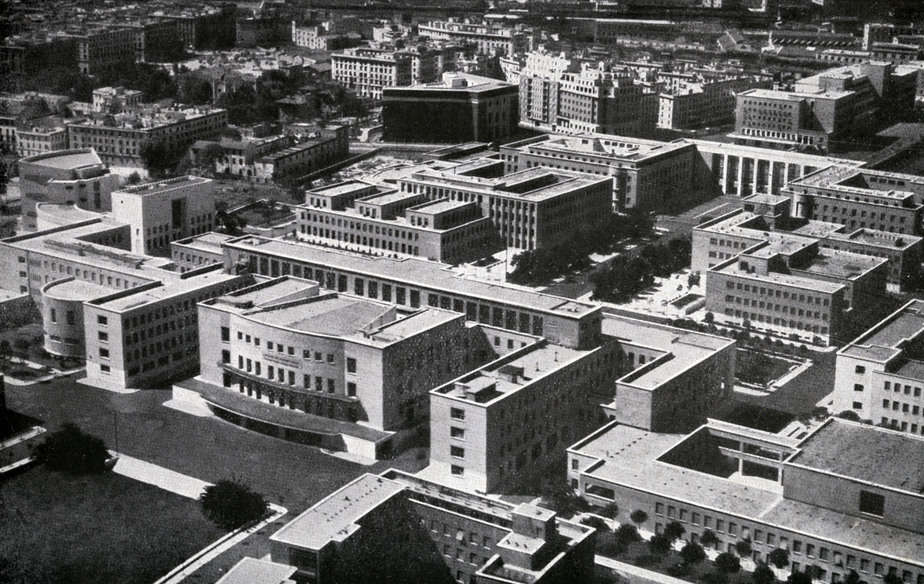 Established in 1303, Sapienza University has played a very vital role in Italian History. The institution was established by Pope Boniface VIII and the main campus is located in the heart of Rome. It is one of the best in history and 2018, it was ranked as the Number 1 in classics and ancient history.

The university, even though it is very well known for history, has more than 350 undergraduate, and postgraduate courses to choose from. The School of Advanced Studies run honors programs for free! The school has about 111, 000 students registered at any given time, in its 11 faculties, 55 libraries and has 18 museums! 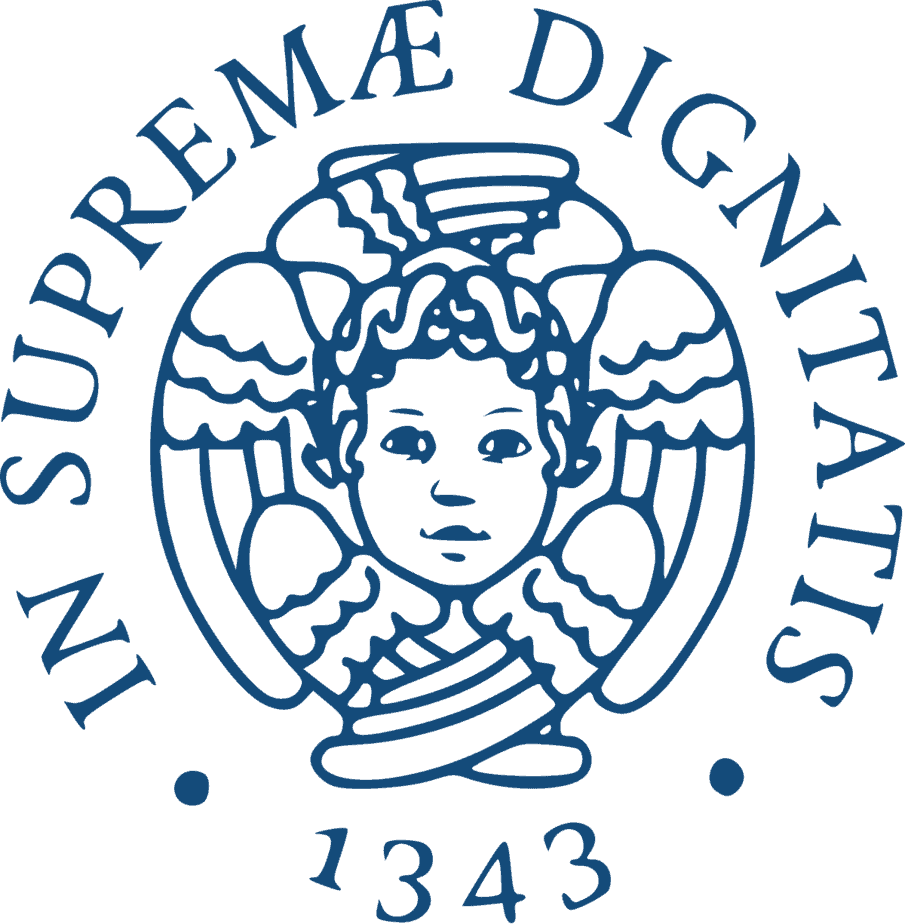 The University of Pisa was established by an edict of Pope Clement VI in 1343, making it the 10th oldest university in Italy and the 19th oldest in the world! One more interesting thing about this university? The Ort Botanico di Pisa, Europe’s oldest academic botanical garden, established in 1544 is located there. Jurist Ranieri Arsendi transferred from Bologna where he used to teach Civil Law, to Pisa, and was paid by the Municipality to teach public lessons.

The university is known best for its engineering, medicine, computer science, veterinary medicine, astrophysics, agriculture, and medicine courses, offered in undergraduate and postgraduate levels, with Ph.D. being the highest level. 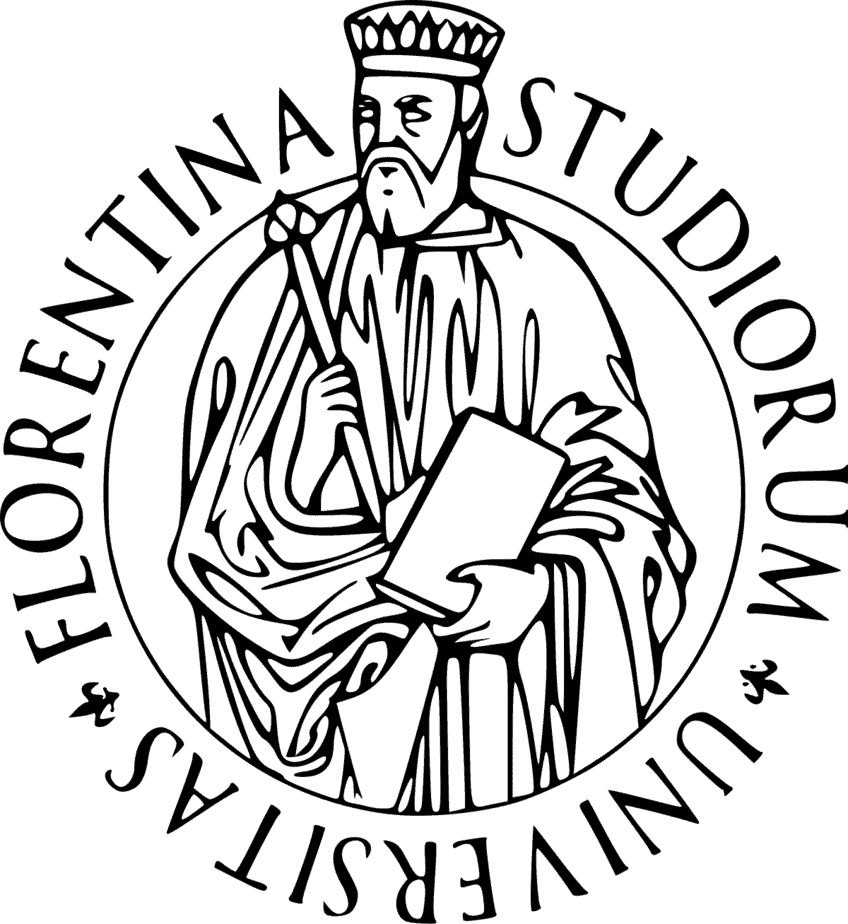 The University of Florence has a student population of about 60, 000 students in its 12 schools. It is a public research university located in the famous beautiful city of Florence. The university has a wide variety of courses to choose from- 126-degree courses and 9,000 degrees are awarded every year! One of the university’s strongest points is the development of internationalization. The university, established in 1321, ranks in the top 5% of the world’s best universities.

The university offers courses in engineering and technology, physics and chemistry, social sciences and Management, natural sciences, life sciences and medicine, and arts and humanities. It has its roots in Studium Generale which is known for having had the initial courses being, civil and canon law, literature, and medicine. 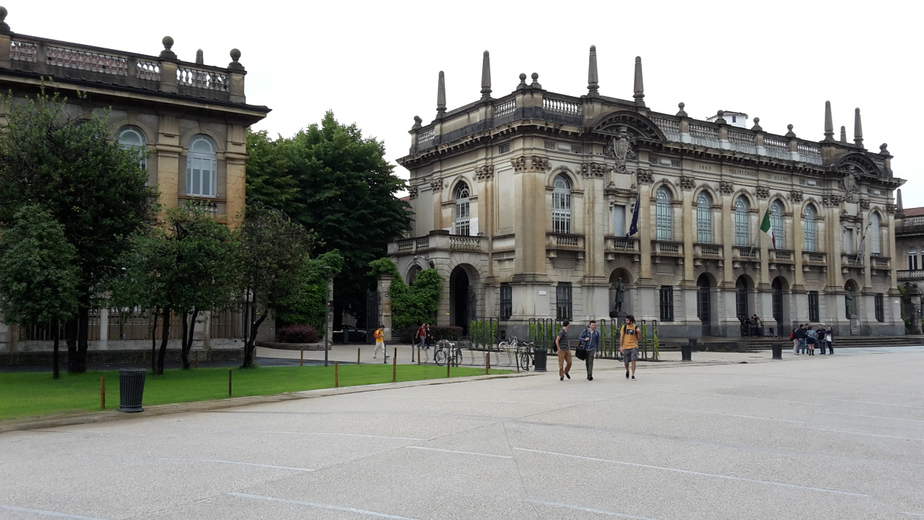 The Politecnico di Milan was established in 1862, one of the largest technical universities in Europe; and the largest in Europe, with a student population on 42, 000 students.

The institution offers courses in undergraduate and graduate courses, majorly in Engineering, architecture, and design. Apart from the campus in Mila, the university has other campuses in Mantova, Cremona, Piacenza, and Lecco making it a total of seven campuses. 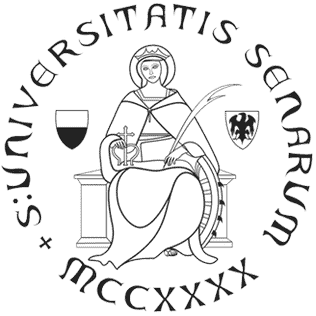 The university of Sienna was established in 1240 and is also known as Studium Senese. This makes it one of the oldest universities in the world!

The university is located in the beautiful Tuscany, with beautiful hills and nature to add to it. The university has over the centuries, been attracting students from all over the world and has among others, courses like medicine, veterinary, pharmacy, architecture, engineering, architecture, law, economics, management, and dentistry.

Some courses like international studies are taught in English and have some interesting summer programs in collaboration with universities like Harvard, Yale, University of Toronto, Tulane University Law School in the US, Emory University, Alves Faria College, and New Jersey University College.

10. The University of Pavia 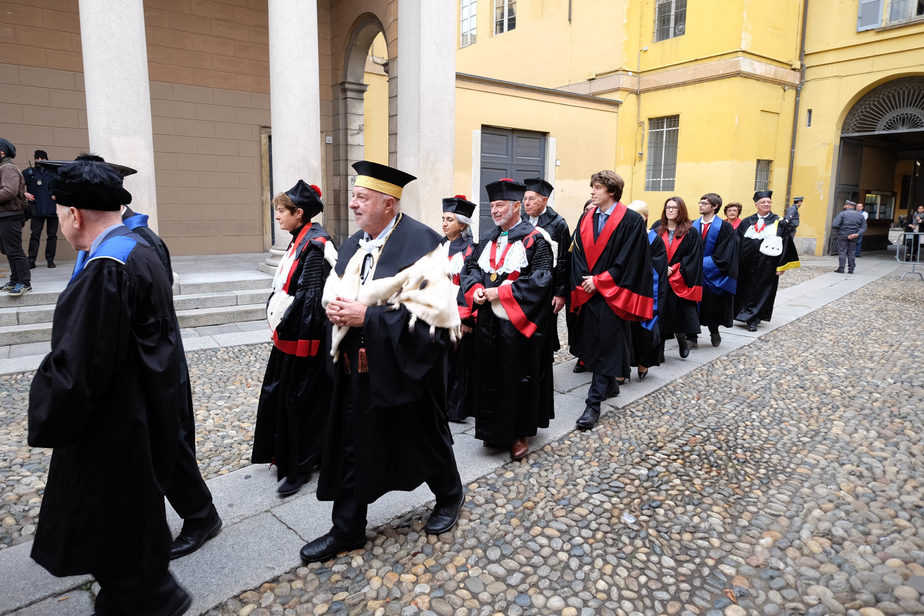 Pavia is a short distance away from Milan and has a rich culture and a lot of history to savor. The university offers 83 courses in the following disciplines: sciences and technologies, social engineering, humanities, social sciences, and humanities. Pavia also being a city of sports, the students get to enjoy sporting activities during their studies! These are offered in bachelor’s and master’s programs.