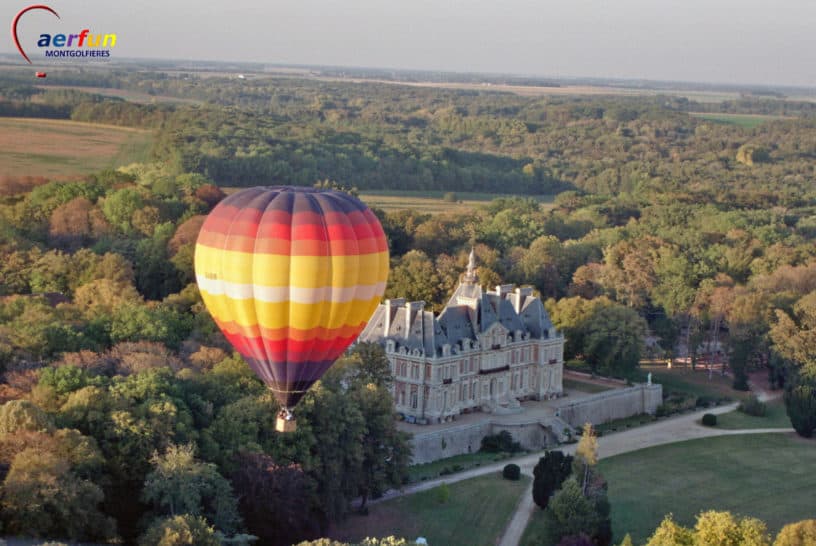 Riding a hot air balloon over Paris is one of those ideas that comes to fruition after one too many drinks on the Pigalle bar strip. Either that, or you’ve been plotting a proposal in Pairs for quite some time and hot air ballooning seems the safest way to avoid the cliches.

Whatever your reason, this past time has grown vastly in popularity over the past few years. This has somewhat always been a significant part of Parisian culture, with both the first unmanned and manned balloon flights taking place near the city.

The first hot air balloon to carry living things was sent up in 1783 in Versailles while Louis XVI and Marie Antoinette watched. The living things comprised of a sheep, a duck and a rooster as it was not yet safe to experiment with actual humans, supposedly. 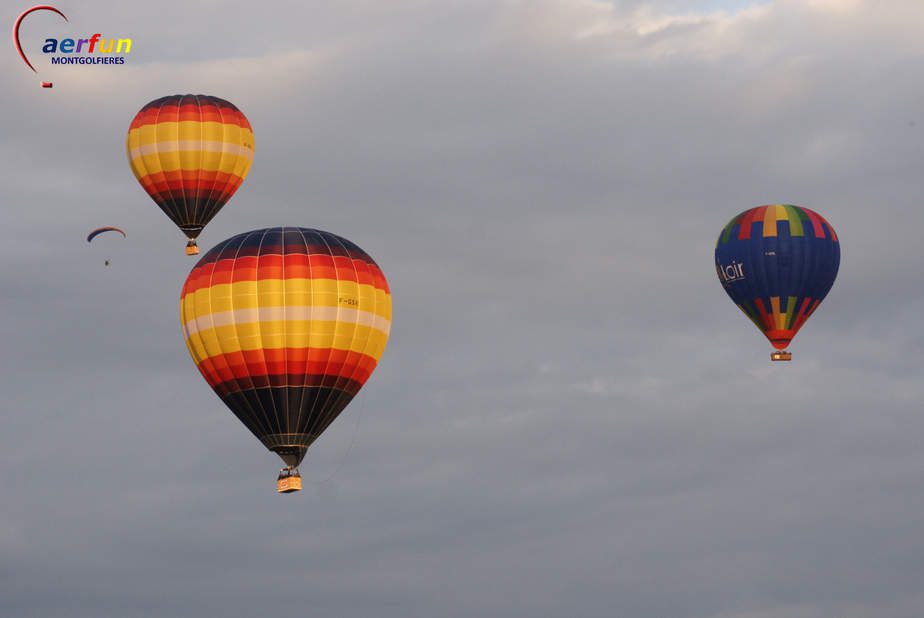 The first human inclusive trip took place later in the year from the grounds of the Bois de Boulogne, the largest public park in Paris. After the success of this trip, hot air ballooning over the French capital became the sought after form of entertainment for the royals and upper class folk who could afford it.

Today you don’t need to be part of the rich and famous to be able to get a birds eye view over this beautiful city. There are a number of hot air ballooning companies offering the service at a range of different prices.

Whether you’re looking to pop the question from the sky, or simply see the Eiffel Tower from above for a few minutes, there is great enjoyment to be had through any of the following ballooning companies. Read on!

The Ballon de Paris Generali is probably the most accessible, and definitely the most affordable, hot air balloon experience over the city of Paris.

On the Left Bank of the Seine in the 15th arrondissement there is a small public park that is home to the first balloon on our list. The park was actually built upon the former manufacturing site for Citroën automobiles in France, hence the name. 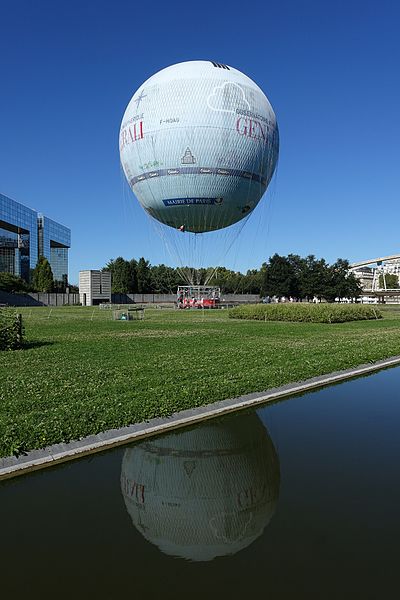 The Balloon Generali is a large, very round hot air ballon that can often be seen hovering somewhere in the Parisian skyline.

The balloon sends up riders roughly three times per hour and trips last a duration of around twenty minutes, depending on the conditions in the sky.

The Balloon Generali reaches an altitude of 150 meters, never venturing much higher than that. This gives riders a unique perspective over Paris; close enough to observe all the significant landmarks relatively up close, yet high enough to enjoy panoramic views of the rest of the city. 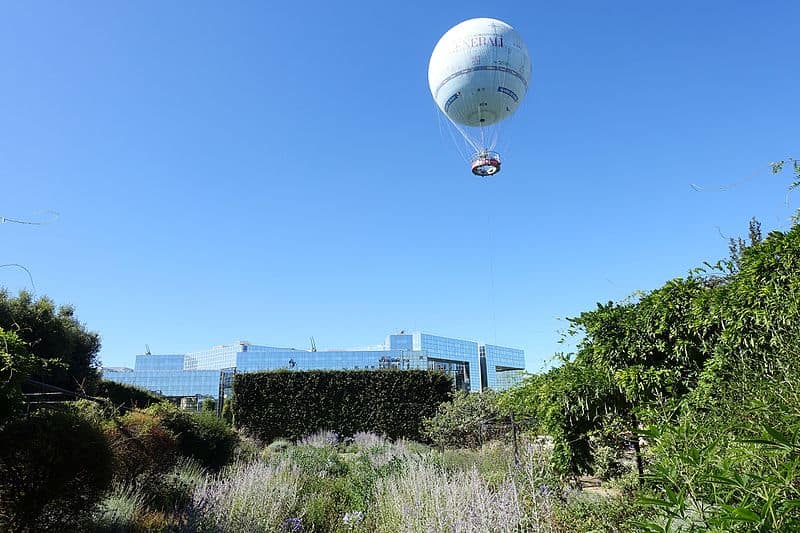 The Balloon Generali happens to be the largest manned hot air balloon in the world. It is safe and suitable for children to enjoy as well, families with toddlers can often be seen making use of the service as a form of entertainment for the kids.

The rides depend solely on the weather conditions for the day. You may want to call in advance before heading through to the 15th arrondissement to ride. The Parc André-Citroën is also a beautiful green space to enjoy regardless of if you are making use of the balloon or not.

Moving slightly away from the city, the company known as Aerfun Balloons offers hot air balloon riders a chance to view the French countryside and green spaces from the sky instead.

The Aerfun Balloon excursions are less spontaneous than the afore mentioned ones that take place in the park. These need to be booked in advance, and getting to the actual balloon ends up being a bit of a day trip in itself. 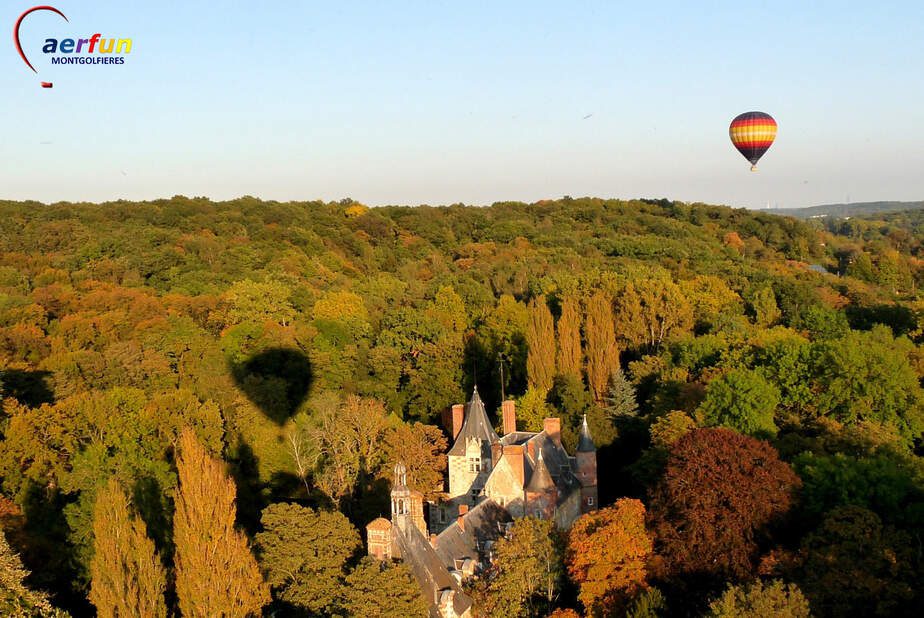 The balloons leave from the Maintenon station outside of Paris. To get here you’ll take the train from Montparnasse station in Paris; the journey will take roughly 50 minutes to get there. If you are able to leave from Versailles instead, the train will only take half this time.

The rides from Maintenon station go for a duration of three hours at a time. This makes the cost of the excursion slightly more justifiable. You’ll ride over the vast valleys in the French countryside and view castles and villages along the way. 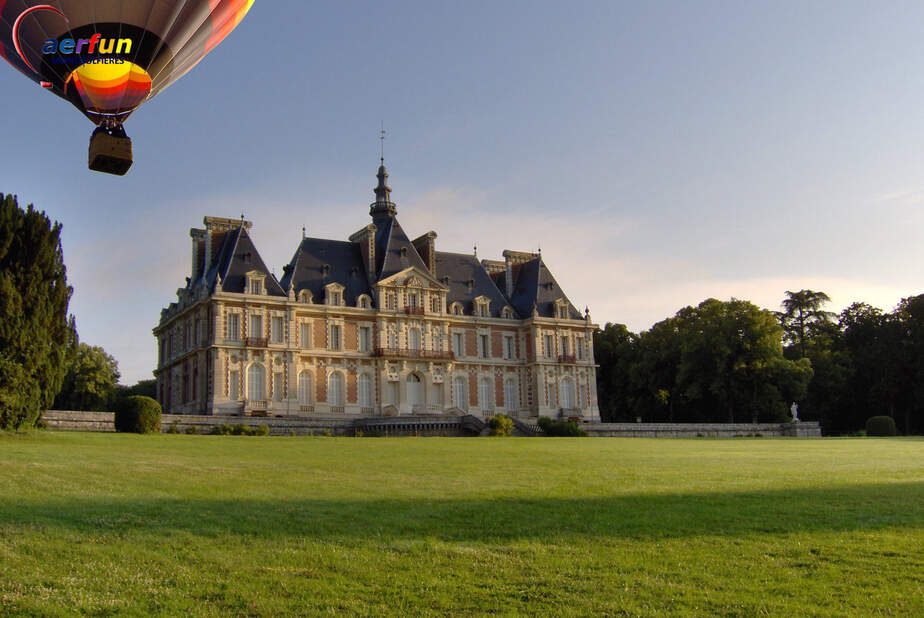 It’s a vastly different experience to the one that covers Paris. You won’t be seeing distinguished Parisian landmarks from the sky but you will see a side of France that not many ever will.

Besides, you can always take a free guided walking tour once you’re back in the city and cover all the sites you missed in the sky — it’s a win win.

Did I mention you get champagne on this ride as well?

When you’re budget is highly flexible and you’re looking for the lap of luxury for your hot air balloon ride then Viator Balloons is where you need to go.

These trip take place over the beautiful Fontainebleau Forest, the nature reserve that surrounds the palace of Fontainebleau, southeast of Paris.

Again, you’ll have to take a train from the city train stations to get here. Since Fontainebleau is only sixty kilometers away the trips are quick, around thirty minutes or so. 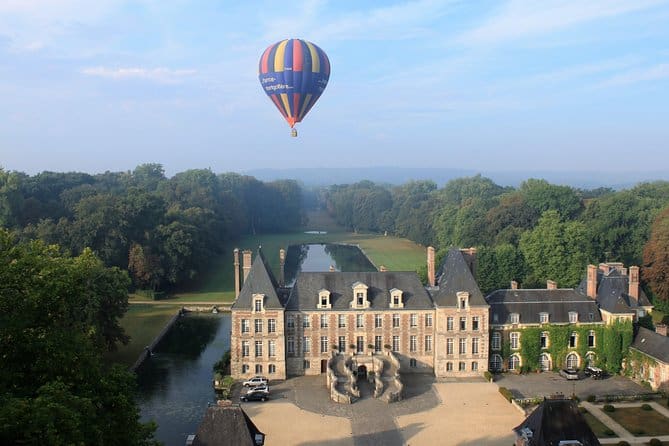 When negotiating day trips, Fontainebleau and Versalles are usually put up against one other due to their many lavish similarities. Fontainebleau tends to be the less crowded of the two attractions, and for that reason I prefer it.

Taking a balloon ride over the forest in these parts is something not even the royals who once called these grounds home were able to do. The rides last a duration of three hours and depart at various times in the day.

Champagne is served on board and there are options to add a full dinner menu to your trip. Bring binoculars for opportunities to spot wildlife on the forest grounds, after all it was used as the royal hunting ground back in the day.

Tickets: Around €300 depending on the package