Who Invented the Guillotine?

Who Invented the Guillotine?

So long as storytelling exists, generations to come will continue to learn of the infamous guillotine and the ways in which it was used in early era France.

Thanks to years of desensitization and seeing the act on screen, the thought of beheading someone isn’t all that radical anymore. But if you really think about the act, and ponder its inception, the idea of the guillotine must have from the mind of a very dark, sadistic individual, right?

What we know about the inventor of the guillotine might surprise you. He may have had better intentions than you think.

What is a Guillotine?

If you’ve managed to go your whole life never encountering this concept, I’ll give you a brief introduction.

The guillotine was an apparatus designed to carry out the procedure of beheading human beings. In earlier centuries in Europe, this form of punishment was thought to be necessity in maintaining public order and governance. 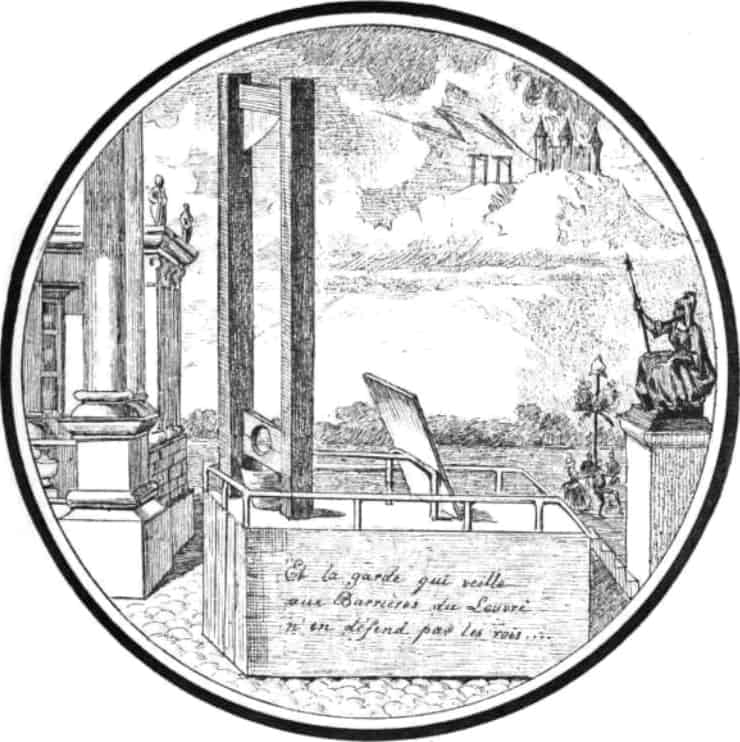 A guillotine usually involved some sort of wooden framework, with a weighted blade suspended from the very top. Bringing this blade down would slice through the positioned neck of the “criminal” in question, dropping their head into a barrel, or sometimes even just rolling away for the public to see.

As the years went by, guillotines became more advanced, intricate and sturdy. Materials used to make them also saw immense changes, all with the common intent to make the procedure as neat as possible.

It might come as a surprise to hear that the guillotine was probably not invented in France at all, but was actually simply inspired by prior existing devices already in use in Germany and Flanders during the middle ages.

The guillotine got to France in late 1789, when a man named Dr. Joseph-Ignace Guillotin approached the French government with an idea to create a more gentle mode of execution.

At the time, France was in the business of executing people using swords and axes, which caused more mess and trauma to all involved than it was probably worth. It was Dr. Guillotin’s idea that a guillotine would be a more humane way of killing off criminals, and with less mess. 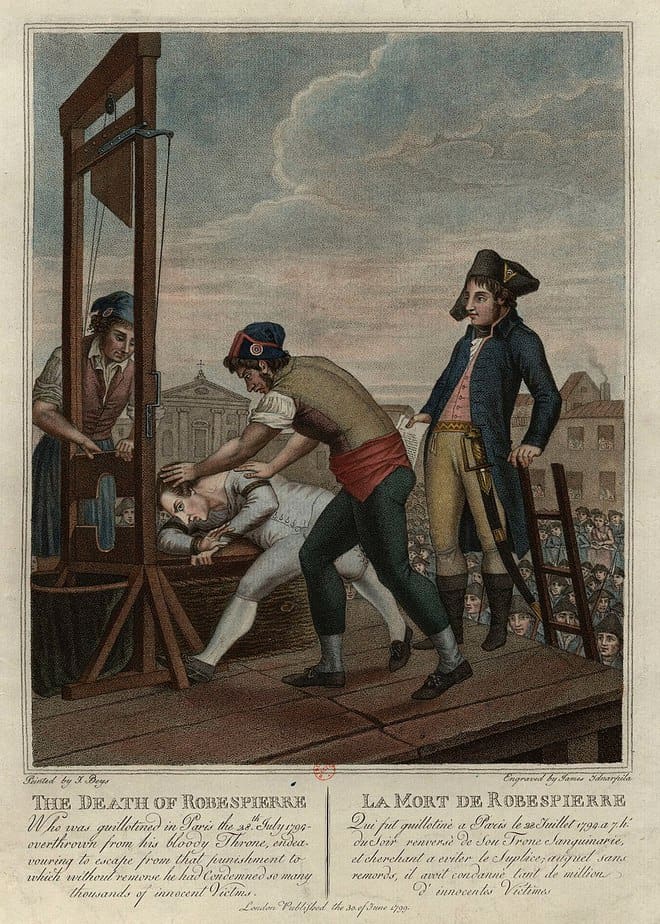 Dr. Guillotin was involved in the development of the first prototype alongside another French doctor and German craftsman. The device managed to behead its first victim in 1792, and shortly thereafter became known as the “guillotine.

Once the French Revolution rolled around, many enemies of the state lost their lives to the suspended blade. It became somewhat of a public spectacle to watch the guillotine in action, and most beheadings were held in town squares.

Being a guillotine executioner became a sought after job, and those who were seen as the best in the field were regional celebrities. 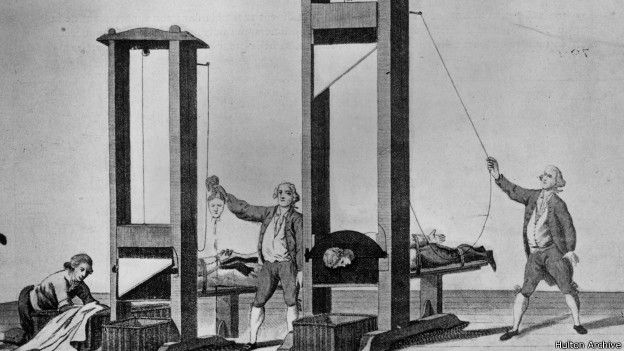 When it became public belief that perhaps children shouldn’t be playing with such violent toys, the miniature guillotines found their way onto the dinner tables of the French elite and were used to slice bread and vegetables.

More About the Inventor

Unsurprisingly, the first few decades following the implementation of the guillotine were met with some mass hysteria. While some were in favor of the act, most civilians found it to be horrific and as inhumane as the sword and axe executions.

The fact that the term “guillotine” was being used to name the device was completely unexpected to Dr. Guillotin, and was not part of his intention in creating the contraption at all.

In fact, Dr. Guillotin and his family so hated the fact that they were now permanently tied to the device that he and his family petitioned to the French government to have the name officially changed in the early 19th century. 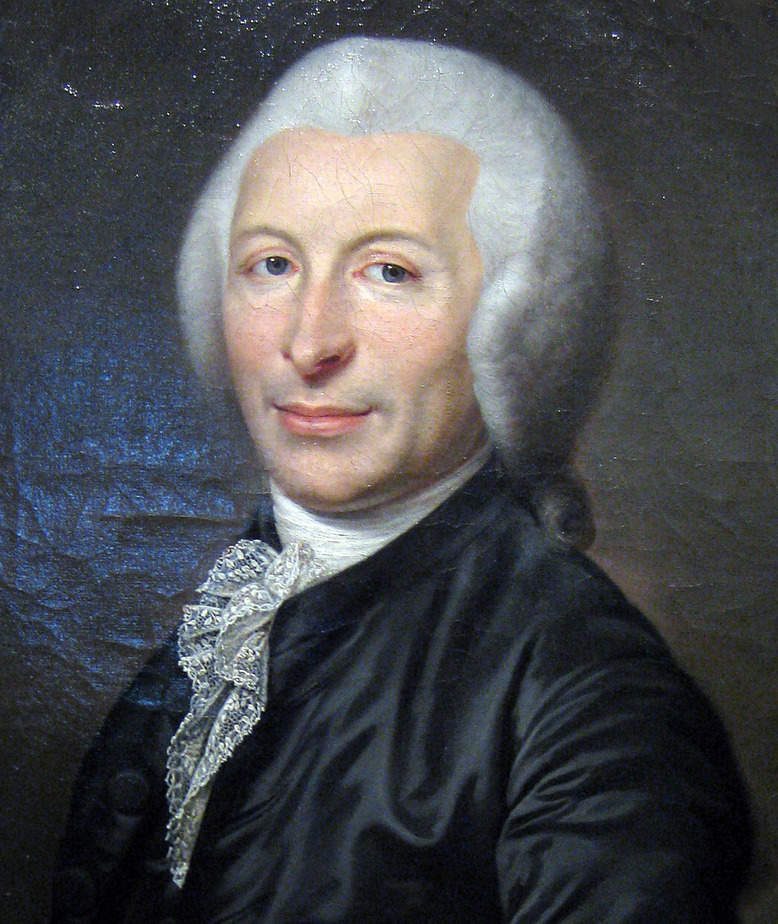 Their effort were unsuccessful, and the government did not think the renaming of the apparatus was a worthwhile use of time and resources. So the name stayed, and so it will for the rest of history.

As you can imagine, it wasn’t easy for Dr. Guillotin or any of his family members to make their way through life in France having to give that last name in official usage. It is believed that many members of the Guillotin family either adopted fake last names or had their names legally changed through the state.

Interesting Facts About the Guillotine

As you can imagine, the first thing people wanted to know following the earlier beheadings was whether or not the individual in question remained alive after the head was severed.

Ghastly experiments began to be conducted following the beheadings. The condemned individuals were asked by the officials to please try to blink or move an eye if they were experiencing consciousness after the decapitation.

Sometimes, they would hold the separated heads over candlelight in attempt to infuriate the individual and obtain some sort of facial reaction. 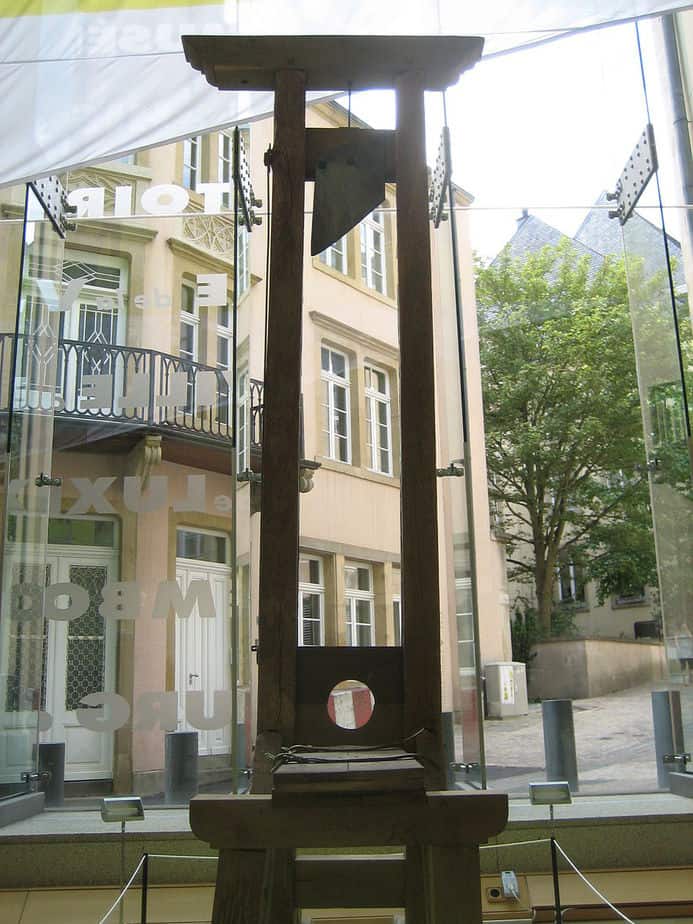 None of these “experiments” ever turned any real evidence of life after death, and they were abolished completely in the 20th century.

Inspired by the events in France, Adolf Hitler famously had 20 guillotines of his own made during the Third Reich. They were stationed across different cities in Germany and it is believed they would have been responsible for the deaths of close to 20,000 people.

The guillotine remained the main form of corporal punishment in France up until 1977. This was when the very last meeting with the “National Razor” took place.

It was decided that murderer Hamida Djandoubi would be the last person to die by force of the guillotine, and so he was.

It was only, however, later in 1981 that France legally abolished this form of punishment for good.