Where to Eat the Best Coq au Vin in Paris 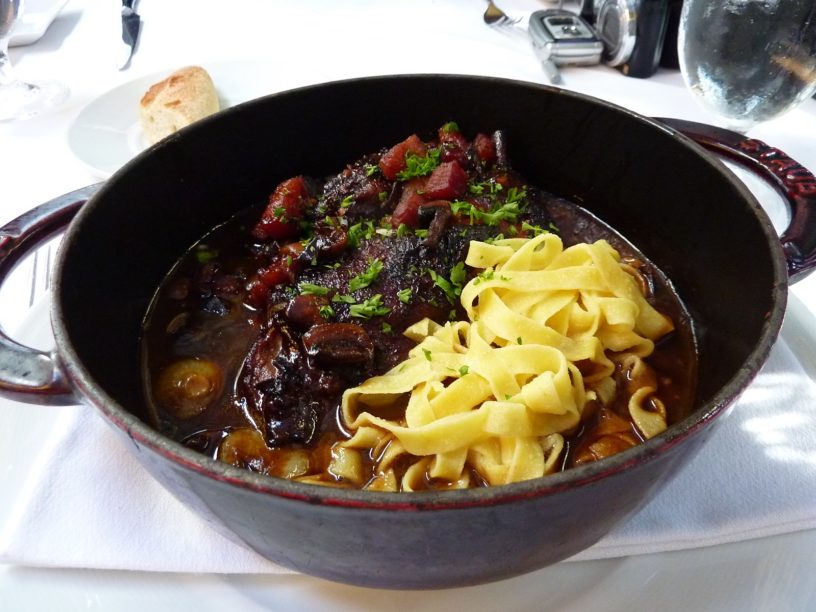 Where to Eat the Best Coq au Vin in Paris

Coq au vin is a traditional French dish that consists of chicken that has been braised with wine. Different variations of this dish exist, and are constantly being explored, and it’s typically a very rich meal that offers many layers of flavor. 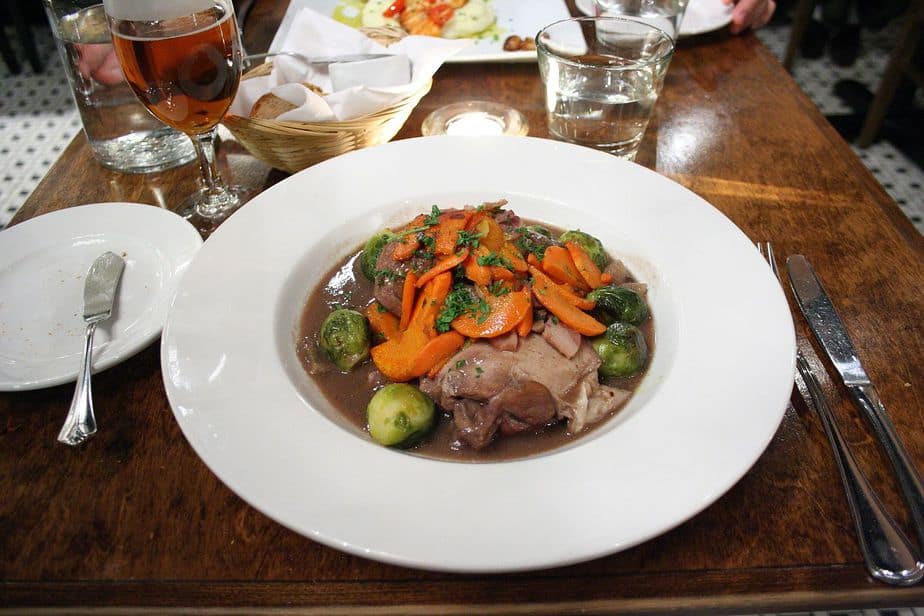 Coq au vin can be made using either white or red wine, so it’s always a good time sampling the choices of different chefs around Paris. It goes without saying that this is a meat eater’s dish, and it’s important to note that although the basis is chicken, the flavor does start by first parboiling bacon.

There are many fantastic places to enjoy coq au vin in Paris; almost too many to count. This is a charming restaurant close to the Gare de Lyon train station, in Paris east.

It’s one of those special places where the menu doesn’t change for decades, but everything on offer is always utterly superb. A la Biche au Bois makes one of the top coq au vin dishes in the French capital, and I’m not the only person who will attest to this. 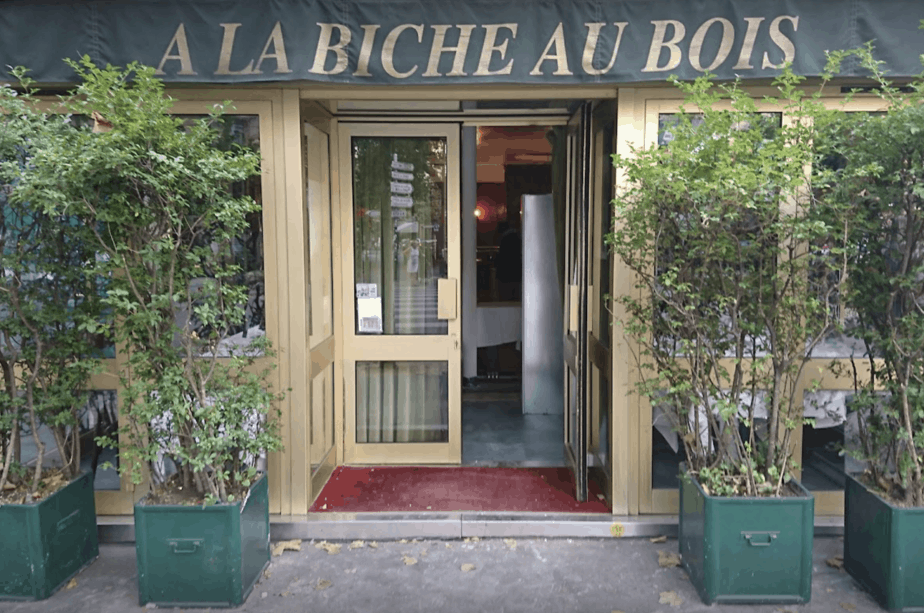 A quick read through the reviews and experiences of previous patrons, you’ll see that this is a crowdpleaser for all who make it their meal of choice at the establishment. Five stars!

Chez Rene is a famous establishment situated on the left bank, just across from the Notre Dame. The best way to reach it is to actually get off at the Pont Marie metro stop, and then walk right across the bridges and island to get to the other side.

At Chez Rene, the coq au vin dish is world famous. Foodies from all over the world come to try it, as it’s been reviewed by some of the harshest food critics in the game. 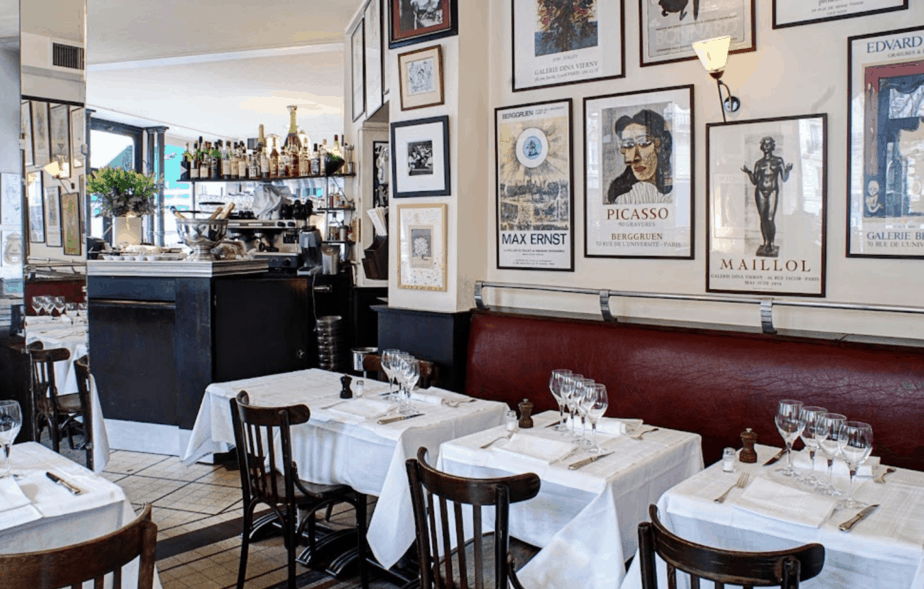 Chez René in Paris – by Chez René – Uploaded by them

Many describe the experience as one to remember, proclaiming that the sauce of the dish is “smooth like velvet”. Also, five stars!

A Guide to Michelin Restaurants in Paris

Dinner at la Jacobine is always a good time. It’s been top of the tourist radar for quite some time, so locals tend to avoid it, but the food is worthy of any local palate and always a memorable experience.

The coq au vin at la Jacobine is, quite simply, “to die for”. Those aren’t even my words, but rather a direct quote from the British lady at the table next to me after her first bite. 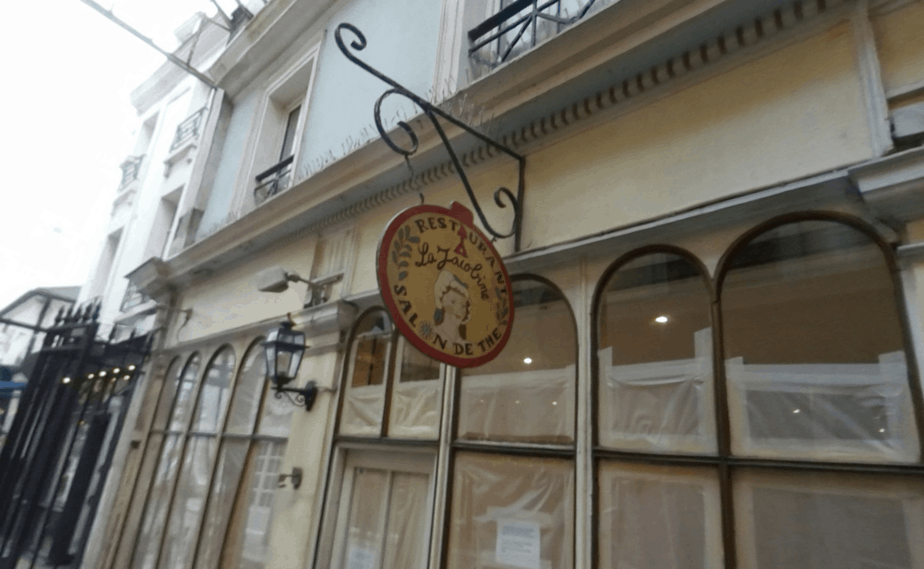 Note: If you don’t arrive before 7:30pm, a reservation becomes essential. This is a very popular spot!

This is another dining institution in Paris for those who want the authentic French experience. The cafe is very close to the entrance of the Louvre, so you can totally combine these two excursions — museum in the morning, coq au vin for lunch! 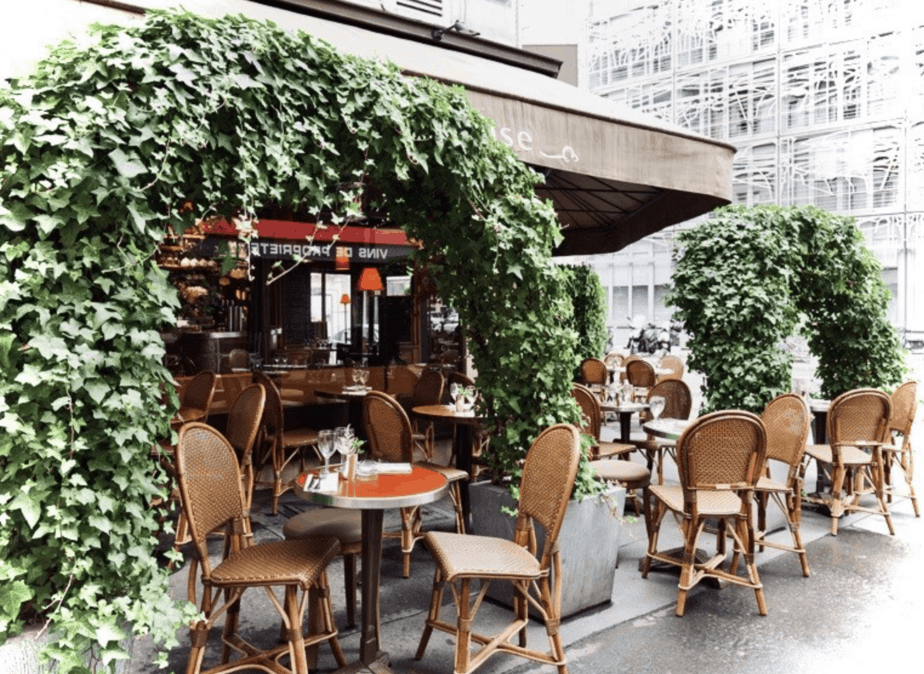 Speaking of, this particular rendition of the dish is another that has seen food critics coming from all over the world. The chicken is said to fall right off the bone in the best possible way. The rich gravy is served with a mountain of potatoes, but nearly every diner ends up ordering extra baguette so they can mop up every last drop.

Best Cafes near the Louvre Museum

Eating coq au vin while in Paris doesn’t get much more historic than a visit to le Procopein. Having opened their doors in 1686, this is the oldest café of Paris in continuous operation — officially!

During the 18th and 19th centuries, this cafe was known to be the hub for artists and literary greats who wanted to spend their time sipping wine and networking like there was no tomorrow. 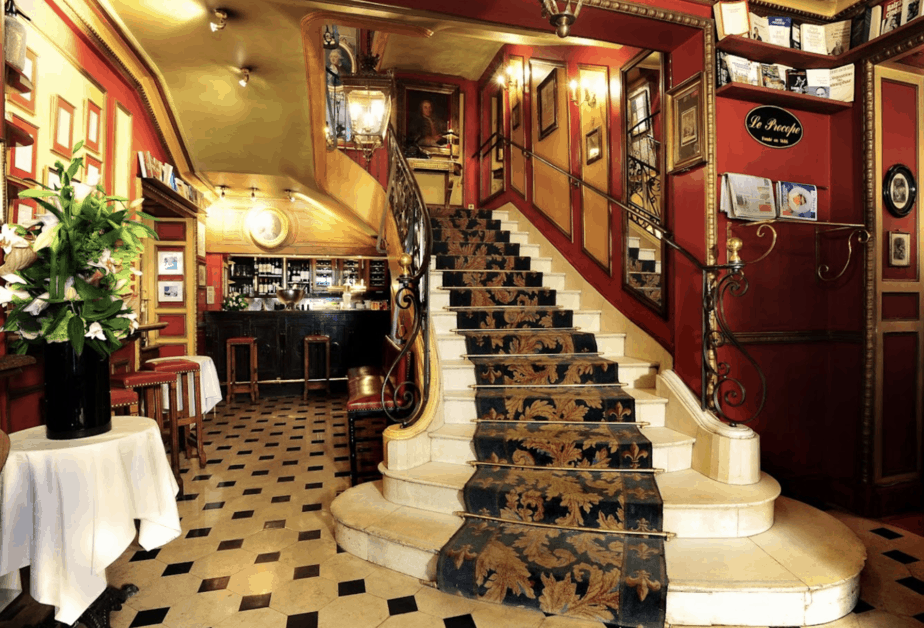 The coq au vin is a menu standard, and it goes without saying that they’ve perfected this recipe to withstand the test of time. The dish is hearty as hell, and features more vegetables than other classic rendition.

I would recommend visiting le Procopein just for the vibe, if not anything else. There truly is nowhere like it in existence.