Where to Buy Luxury Handbags in Paris 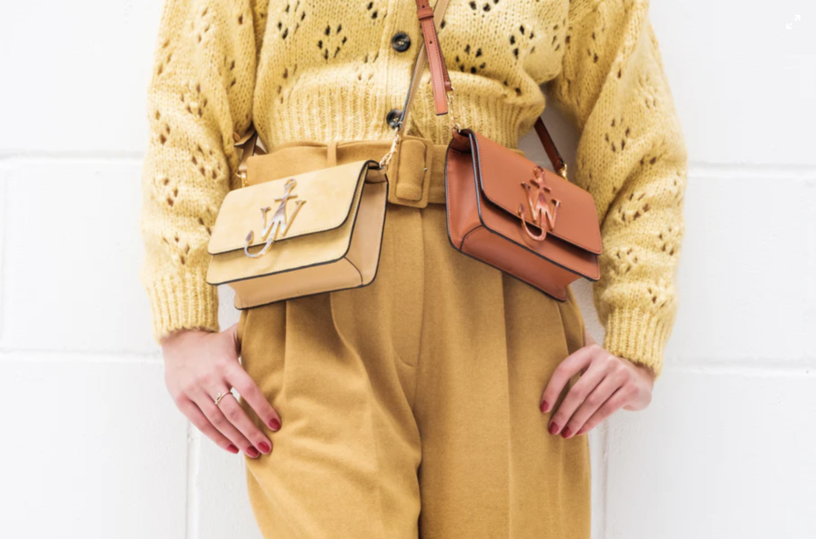 Where to Buy Luxury Handbags in Paris

Luxury and Paris go hand in hand, so shopping whilst in the French capital means you’ll easily get your hands on some of the most reputable brands on that face of the Earth.

Here are the top spots for luxury handbag shopping in and around the city center. Of course, it all depends on exactly what you’re looking for, but if you’re open to browsing then this is where you want to go:

Longchamp is a French luxury leather goods company that was founded in Paris in 1948, and famed for the Le Pliage Bag as the brand’s signature purse.

The bag was designed and launched in 1993 as a collaboration between Philippe Cassegrain and Isabelle Guyon. Made with real leather and the highest quality nylon, the bag has been seen donned by the likes of the royals themselves. Duchess Kate Middleton is an avid lover of le Pilage! 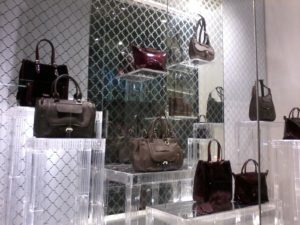 In the fashion world, this is considered a major success. It took the team three years to perfect the bag in the design stages, and it was eventually decided that the bag would be released in 12 standard colors. There’s nowhere better to invest in these handbags than right from their birth town, Paris!

The Galeries Lafayette is a family run retail empire that spans most of the globe. They have an establishment on the famous Champs Elysees, which is a reclaimed Art Deco landmark that was formerly the Virgin Megastore. 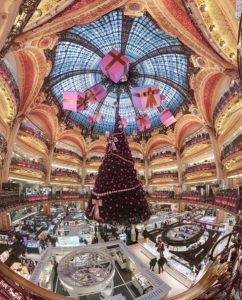 The fashion store spans an astounding 70,000 square feet over four floors. Male and female clothing is mixed in the space, which encourages shoppers to take in every inch of the building as opposed to simply flocking to two or three designated zones.

The Best Shopping Malls in Paris

Rest assured, if there is a handbag to be found, you’re going to find it here. More than this, if something you are looking for is not in stock then they will source it for you.

This is a retail triangle, one that is comprised of Avenue Montaigne, Avenue George V and Rue Francois 1er, all in the 8th arrondissement. One can get here via a short walk by crossing the Seine from the Eiffel Tower.

It doesn’t get more household than this big name in Parisian fashion. Louis Vuitton was founded way back in 1854, when a young man by the same name began making durable, high-end luggage and trunks for esteemed clients. 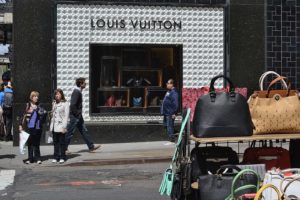 by Alvaro A Novo – Wikimedia Commons

A Visit to the Louis Vuitton Foundation: Everything You Need to Know

Louis Vuitton as a brand has since become somewhat of the holy-grail of luxury fashion in Europe, and the globe. It is worn by almost every celebrity in some capacity or another, and designers bend over backwards to collab with the house. If you’re partial to the LV logo print bag, then this is to place to go to make your first investment (or is it?).

A must visit for fashion lovers who want that old timer, blast from the past experience while in the city of love. Le Bon Marche dates back to the 1850s, and is the oldest department store in all of Paree. 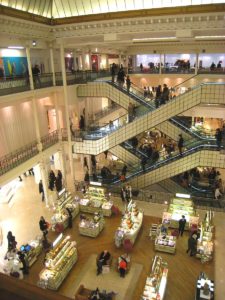 It’s an iconic space; worth visiting even if you’re not in the market for some trendy new garments. Again, you’ll find the world’s best designers housed in this space, and the shopping experience to be a little more intimate that that of Galeries Lafayette.

There’s something for everyone at le Bon Marche, including top luxury branded handbags.

Coco Chanel was brought up in an orphanage in Paris, where she was taught to sew. By 1910 she had opened up her first store in the city, where she made hats and other garments intended to compliment the female figure.

Known for her figure-flattering, timeless garments and collectible handbags, Chanel remains one of Paris’ most important fashion houses long after the death of both Coco Chanel and her successor, Karl Lagerveld. 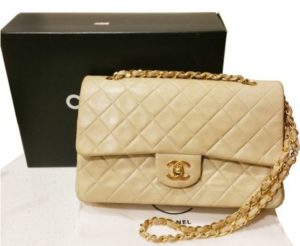 Shopping in Paris – Our Tips

The price of standard Chanel bags did recently go up by a few hundred dollars, making the pieces an even more valuable investment in the long run.