What do French People Eat for Dinner? 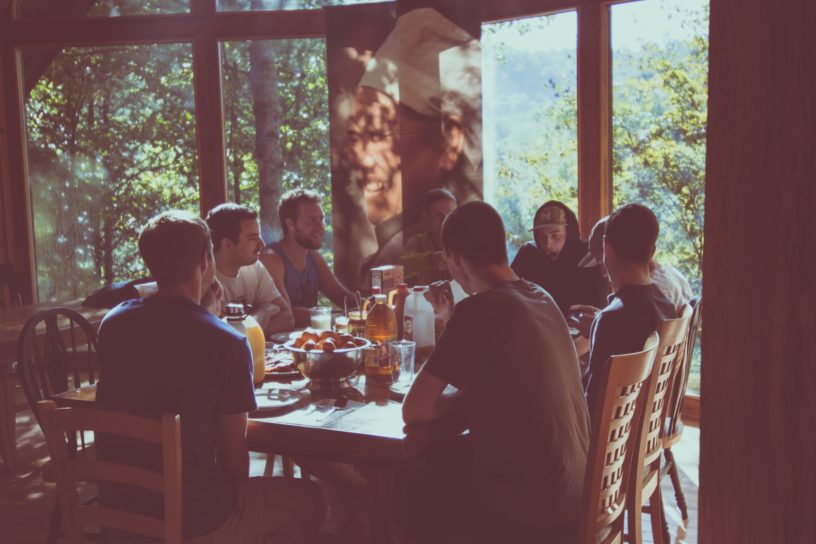 What do French People Eat for Dinner?

If there’s one thing the French don’t mess around with it’s food.

Both French cuisine and French dining culture make up a huge part of the appeal of this enticing country. French eating habits are something I found of particular interest when I first moved into the capital, marveling at how rich the diet’s of the people are, but how few overweight people you’ll encounter.

So what do the French eat for dinner then? First it’s necessary to understand French mealtimes in general.

The French workday is traditionally longer than in other parts of the world, with a lot of civilians getting out of the office between 6pm and 7pm daily.

For this reason, French dining needed to adapt into a convenient, simple event that could be executed with great quality but in a minimal amount of time.

What’s more, the French are notorious for their lack of snacking. Between breakfast, lunch and dinner you’ll rarely find a French local tossing back a bag of chips to keep their bellies happy until the next big meal. 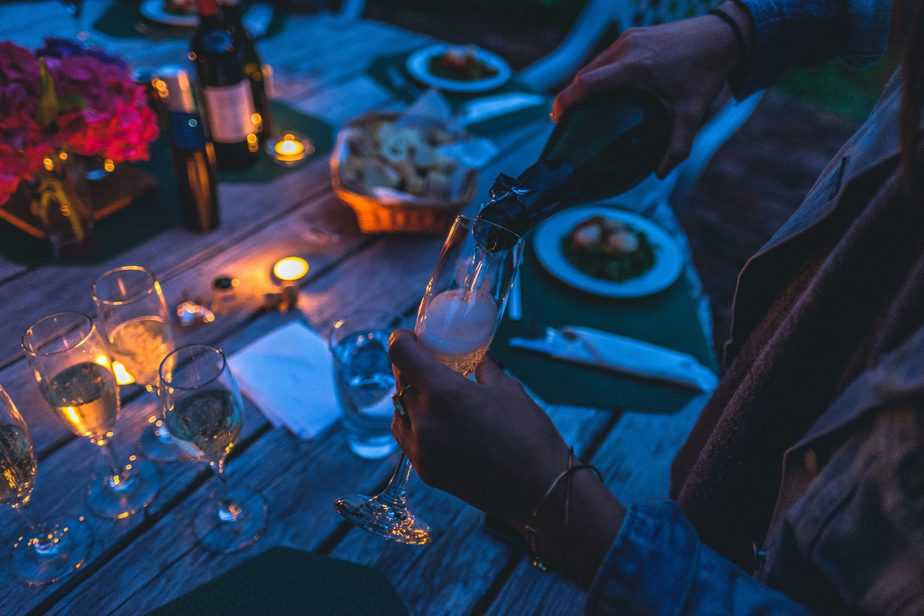 So by the time dinner rolls around, you can be sure that everyone is empty and ready for the last meal of the day.

No snacking means that the people are able to indulge in a hearty portion of food on the nightly. Most basic dinners will incorporate a starter, a main meal and a dessert of sorts; this tradition spans from restaurants right through to home life.

Shall we break it down further?

A starter is an important component to both French lunch and dinner etiquette. The people love a meal before a meal, and a starter gives one a chance to absorb something light & fresh before the heavier foods come out to play.

A typical French starter at dinner time will be something simple like charcuterie, shredded vegetables (usually carrots and/or radishes), olive tapenade, or (occasionally) a simple salad. 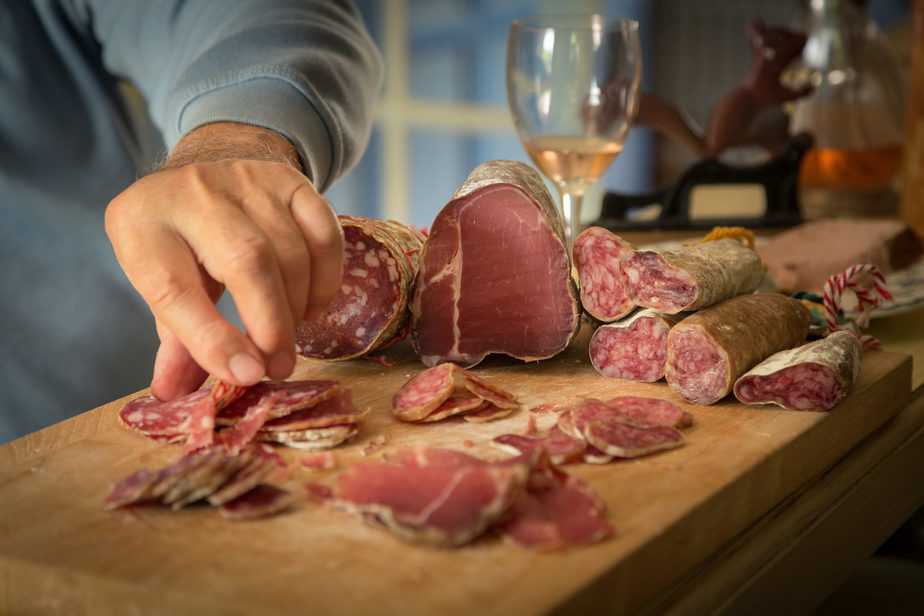 When dining out, a starter during dinner will probably be slightly more complex of a dish as most restaurants aren’t about to put a place of shredded carrots on their menu for order. Starters will likely include escargots, pâté and steak tartare.

Although simple, the main meal at dinner time is usually always incredibly filling, so the French keep their entrée as light as possible so as not to overdo their meal just before sleep.

The main meal is the star of the show come dinner time in France. As mentioned, the working Frenchman won’t have much time between getting home from work and going to sleep, so dinners are kept convenient and somewhat basic.

There is usually a main protein present around which the plat principal is organized. This will likely be a piece of grilled chicken, fish (usually salmon) or steak.

The protein is accompanied by one or two sides, depending on how dense the starter meal was. Potatoes, salad, beans, asparagus or a plain pasta are common sides in a French dinner experience. 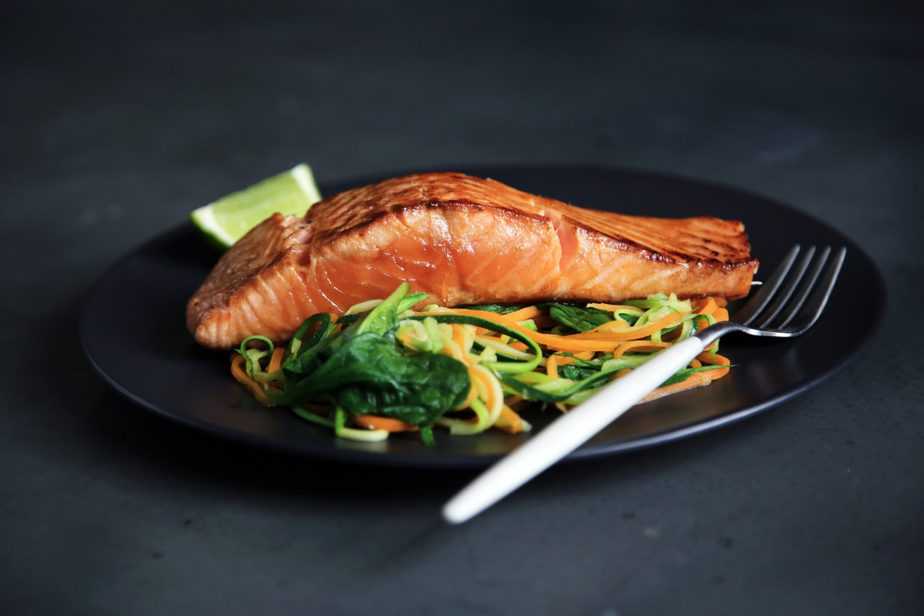 Make no mistake, while the items in the meals might appear extremely basic, the French know how to season and spice each dish so that every bite is a worthwhile experience. There will never be a shortage of olive oil, lemon and seasoning present on even the most spontaneous of dinners.

Something interesting to note is that, during the winter months, it is not uncommon for the French to simply eat soup and bread as both their combined starter & main meal. This depends largely on whether or not they enjoyed soup for lunch earlier in the day already or not.

Since they don’t snack during the day, the French sweet tooth comes out at the end of every good main meal. It’s customary to end off the dining experience with something tasty.

At home, a French family might share a slab of chocolate, some cookies, or even yoghurt with fruit as a close to their dinner event. While dining out, the French will usually indulge in something more substantial for dessert such as a tart, a creme brûlée or even a rich slice of cake. 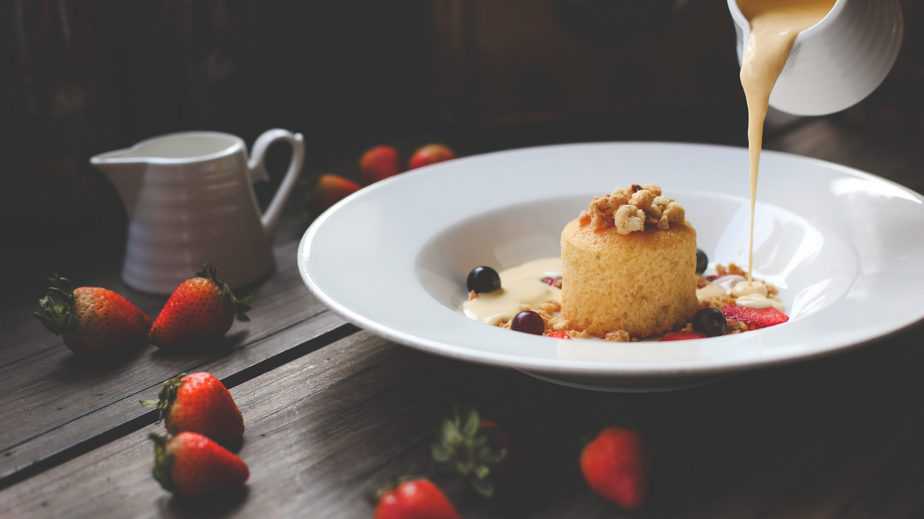 One thing to note is that French dinner traditions tend to differ depending on the day of the week. A dinner on a weekday will probably be very different to a dinner on a weekend.

For one, the weekend gives the French more time to put thought and effort into their dinner experiences. This is also a popular time for dining out, something the French love to do.

A formal dinner in a restaurant will involve much heavier dishes for starters, mains and dessert. There will also be a lot of wine flowing throughout the meal.

The French are less likely to dine out during the week, and usually make dinner at home. This is where you can expect to incur all of the foods mentioned above as per the simple, at home cooking that takes place. 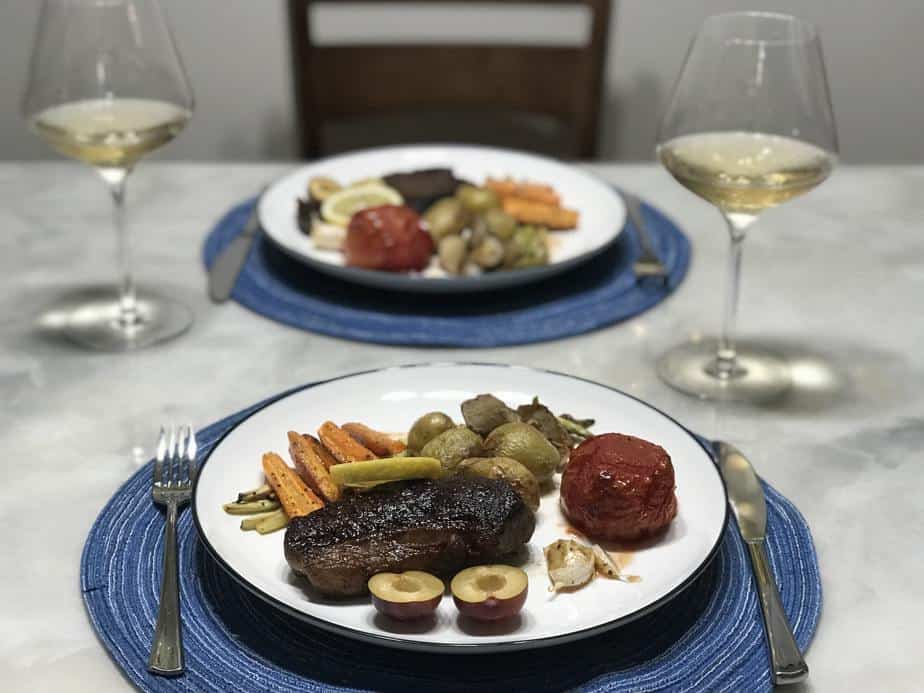 Dinners in France are a special time. They mark the end of the workday or the celebration of a weekend. There is nothing quite like breaking bread with French locals and seeing the ways in which they navigate the dining experience with their loved ones.

If you get the chance to enjoy a traditional French dinner while in Paris, I recommend you jump at the opportunity. I also recommend taking part in at least one free guided walking tour while in the city, as this will give you more perspective on other customs and cultural norms of the French people.